Ubisoft’s beloved Assassin’s Creed franchise just keeps on growing and growing. After a million books and a gazillion games, we now have a trilogy of spin off games in our midst. Assassin’s Creed Chronicles takes us to 3 different parts of the world to tell us more on the fates of those mysterious Pieces of Eden and their precursor owners. The differences being to the Assassin’s Creed games we have come to know and love is that they are smaller adventures accommodated by a new viewpoint and style of gameplay.

Assassin’s Creed Chronicles does away with the open world, free roaming formula the series has come to master. Instead, it adopts 2.5D side scrolling stealth platforming gameplay seen previously in Assassin’s Creed Discovery for the Nintendo DS. Having played the first game in the Chronicles series which was set in China, the new style was a refreshing change and it worked. There were sneaky parts and exciting escape sequences that felt very much Assassin’s Creed. 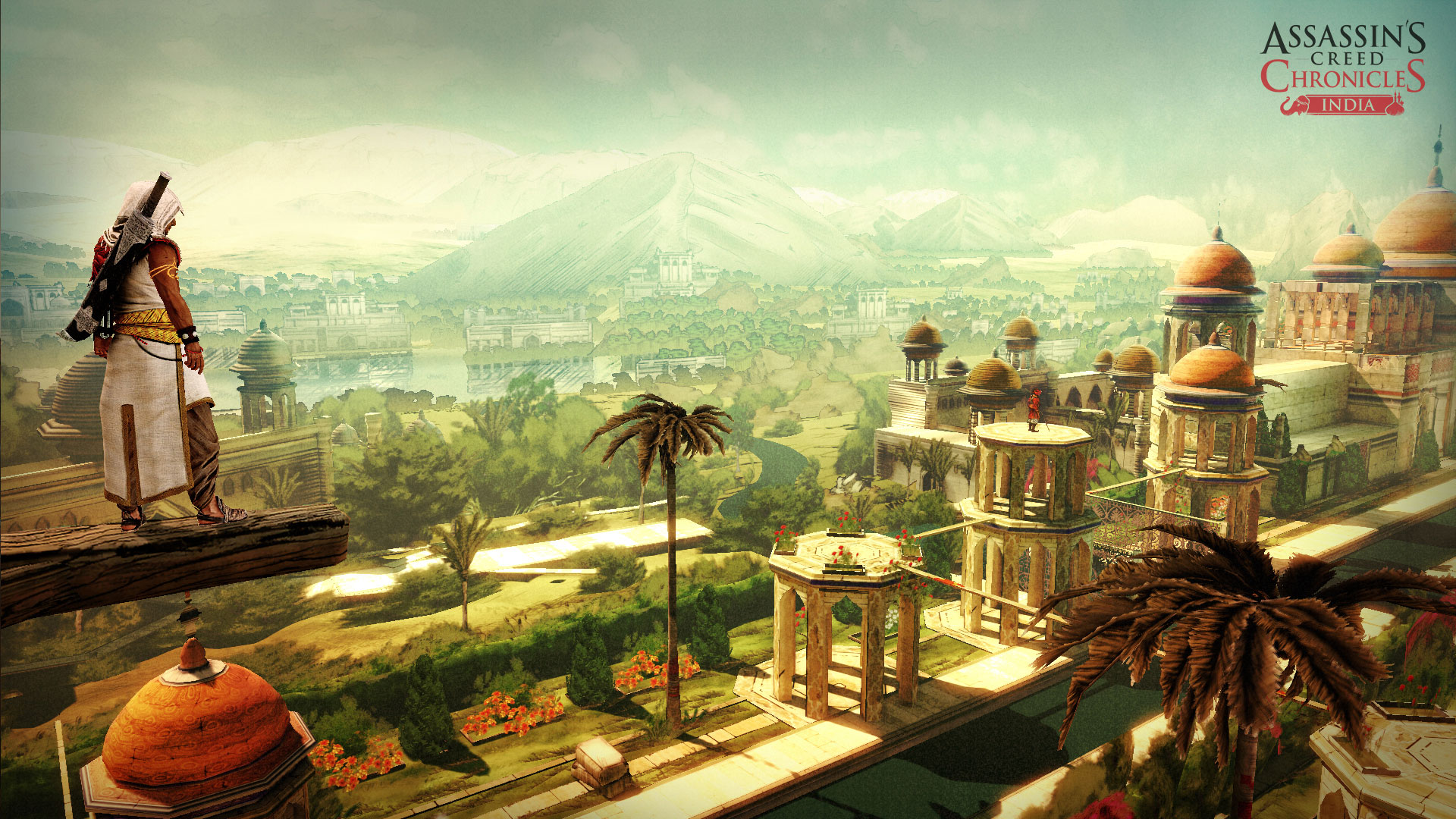 Assassin’s Creed Chronicles: India carries on that very same gameplay to Amritsar, India in 1841 where we take on the role of assassin Arbaaz Mir. The short cutscenes don’t really allow us to get to know Arbaaz very well but what is immediately clear from the start is that his main objective is a diamond that he believes is a Piece of Eden. Problem is, it’s in the possession of a master Templar who seeks to use it to gain power. First things first though. Arbaaz also has a love interest and a mentor that he must first tend to. It gives Arbaaz some depth to his character but I never grew to care about him. He speaks emotionless almost. The only real bit of personality was at the beginning when he sneaks into the princess’s chambers (dirty dog).

Luckily this lack of character doesn’t affect the enjoyment I had with ACC India. Arbaaz moves smooth and responsively. He can walk, slide and run just like ACC China’s Shao Jun which combined with an attack button makes for some slick kill opportunities. Sometimes non-lethal is the way to go. Holding X or Square on PS4 allows Arbaaz to choke out enemies. It’s a quieter way to dispatch them which helps keep Arbaaz incognito. If you’re detected however, combat of course ensues. Without the freedom of movement from the main Assassin’s Creed entries, combat here is tough. Arbaaz can use his sword to slash at enemies and perform combos but the toughness comes from the dodge mechanic. Especially when you’re outnumbered. Requiring a quick mind and super reflexes to survive the gunshots of the enemies weaponry. It’s best to avoid combat altogether. You’ll have a much easier, and longer, life.

It’s not as easy as it sounds staying sneaky all super assassin style. No. In fact it takes some thought and preparation plus a lot of trial and error. Arbaaz can hide in background features such as shadowed doorways, heavy shrubbery and pillars to stay out of sight of the enemy soldiers and if you’re that way inclined, he can stealth kill passers by. Killing enemies impacts the final score at the end of each level which goes towards upgrades for Arbaaz. The highest is awarded if you stay out of sight and leave all enemies untouched. As you can imagine, it’s bloody tricky! The “restart checkpoint” option will be your best friend, trust me. You can use Arbaaz’ tools to help deal with annoying enemies luckily. Noise darts can lead them away from a position to investigate or cleverly whistling. Chakrams are just renamed shurikens that can bounce off walls to either attack enemies or trigger traps and then there is smoke bombs which are pretty self explanatory. 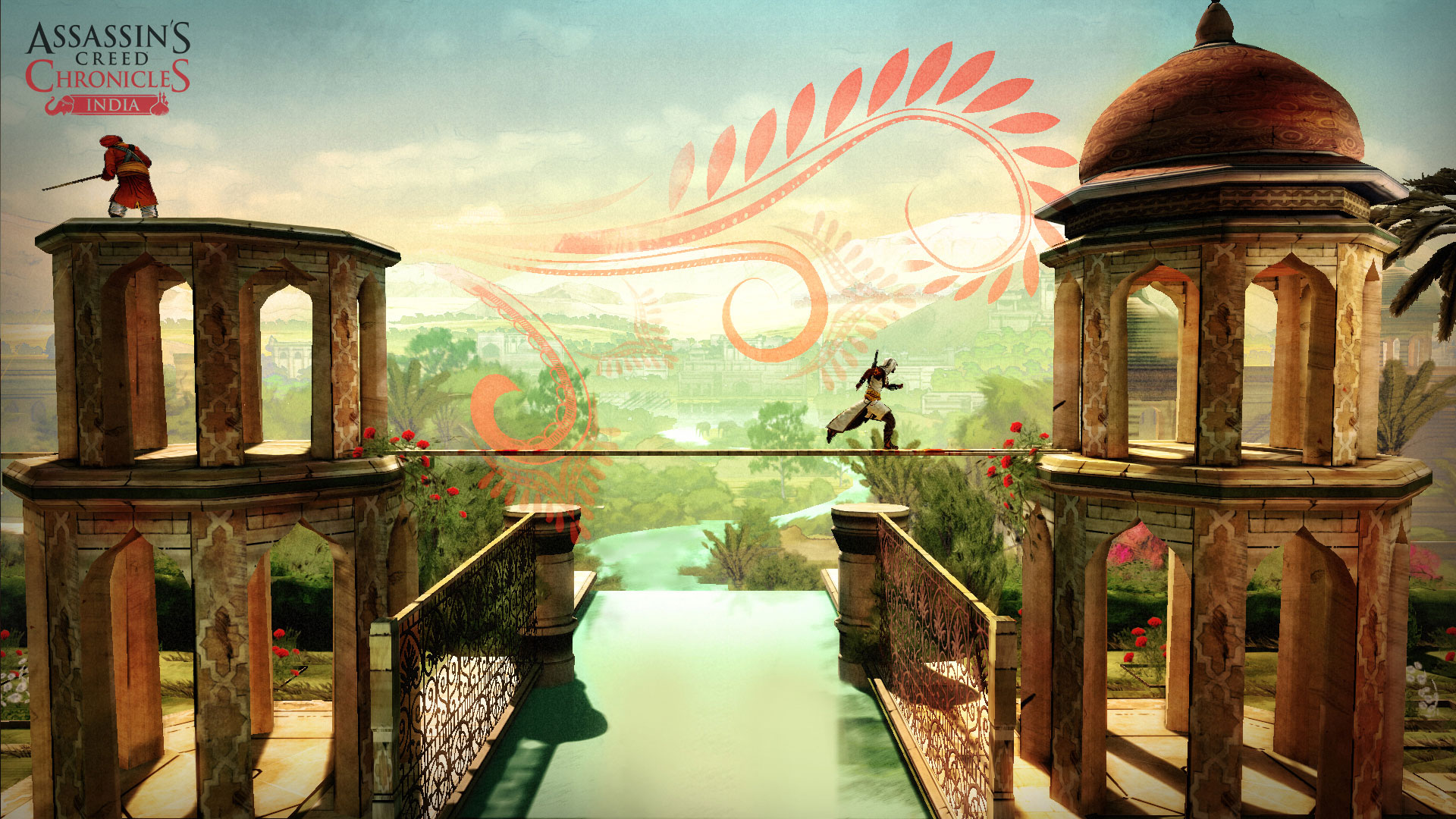 There is not a lot of difference between India and China. The gameplay is largely untouched which goes in India’s favour. Racking your brains to activate that switch without being seen or tailing that Templar leads to some really tense moments. The biggest difference is the visuals. Amritsar is beautiful

Temples and mosques litter the skyline and the ground level is filled with market stalls. Later on we are treated with war torn Afghanistan and dark and dingy caves and Temples, a welcome and surprising change when I thought the entire game would be confined to its title country. The cutscenes are gorgeous but are over too quickly. A kaleidoscope of colour floods the screen as still images of Arbaaz and his fellow cast materialises. It’s a lavish sight. I could watch them all……Oh it’s over. Yeah they aren’t long enough to fully enjoy.