Mojang’s Minecraft was nothing short of a video gaming phenomenon. With over 160 million copies sold over its 5 years lifespan, it’s safe to say it’s a bustling success in every sense of the word. Everyone wanted a piece of block building pie and with it being available across all video game platforms, everyone could. Our imaginations ran free. We could build anything we desired in any environment. Sure, the graphics were retro and old fashioned, but nobody cared.

You are a survivor dumped in either a randomly generated game world, which you can customise to your heart’s content, or the ready made area of Navezgane, Arizona. You can choose said survivor which includes Michonne and Lee from The Walking Dead, but ultimately it makes no difference as the game is entirely in a first-person perspective. 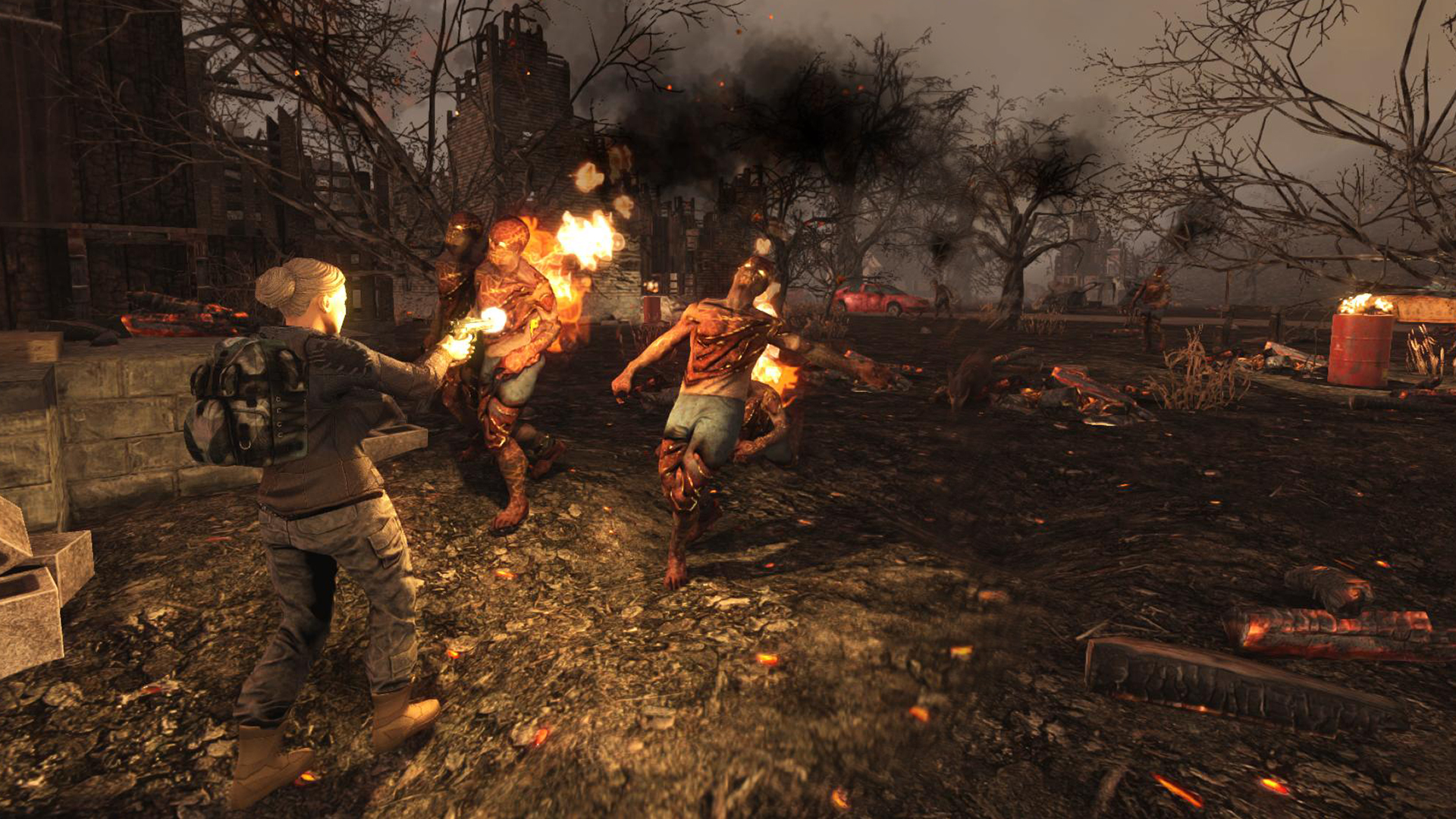 A brief tutorial mission runs through the basics of crafting, an important feature that is the bread and butter of 7 Days to Die. It’s here I found the crafting system to be very complex, too complex. Punching grass, rock, and wood to gain the materials to make a stone axe at first was a novel idea until the tutorial was over and I was left to fend for myself. Using my new axe allowed me to gather more materials. This plus scavenging through abandoned cars and dumped garbage allowed me to browse the crafting menu to see what I could build myself. Before I knew it, I had my own little Base complete with a bed roll. On the surface, 7 Days to Die looks a lot better than Minecraft, but it plays a lot worse. Crafting things have no animation, just a small icon with a timer of when your created item will be done and ready to place. It’s very simplistic and, quite frankly, ugly.

Of course, 7 Days to Die isn’t named as such without reason. The ever present threat of the undead roams the land. They look and act the part, but fighting them is nothing short of a chore. There are no combos with your trusty axe or finishing moves, guns come later but aren’t fun to use. Clunky collision detection and a lack of any sort of animation other than a vertical hack, once again akin to Minecraft, make combat hideous. You can’t hide either. The notorious zombie intelligence, or lack thereof, is not present here. No matter where I hid, whether it was a burnt out house or behind a car, zombies homed in on me. They are tough too and at night, bloody excruciating as night time makes them stronger.

Multiplayer makes things a tad better, but even working together with a friend doesn’t mask the terrible mechanics bearable. The confusing menus are a pain to browse through. Upgrade points earned can be spent on yet another menu which improves things like crafting speed, movement speed, stamina expenditure, and weapon efficiency but at a snail’s pace. 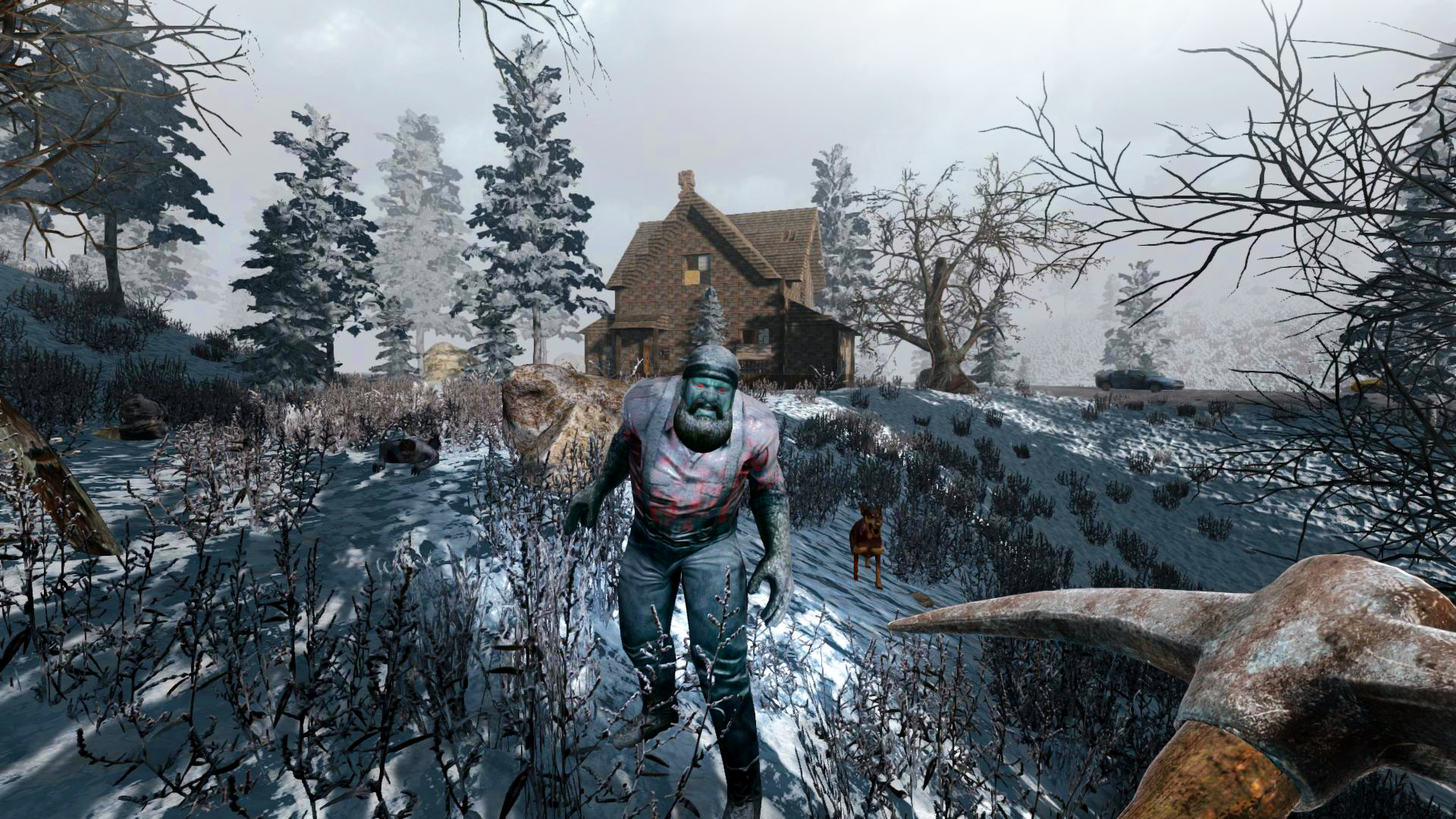 It isn’t all bad, though. Once you’ve gotten your head around the menus and crafting, building your very own fortress is extremely rewarding. Building traps and defences, a room to sleep in, lighting and somewhere to cook like a campfire and cook pot to make your own Base is great fun.

7 Days to Die is an ugly game. Environments are geometrically random, but textures and details are at a minimum. Buildings are nothing more than bundles of planks strewn together with nothing inside them. It’s impressive that the weather affects your health though as walking around fully clothed (which you can also craft) in the sun can overheat you, and walking around without clothing in snow will cause you to freeze to death. But unfortunately, this doesn’t help matters. It just makes an already frustratingly fiddly game even more so. The first thing you’ll notice though is the God awful draw distance. Even massive, detail-rich games such as GTA V had ridiculously fantastic draw distances, so a game as simplistic as this has no excuse on today’s super-powerful machinery to have such a pathetic draw distance.

7 Days to Die intrigued me. An open world survival simulator amidst a zombie apocalypse seemed like a cool premise. I wanted to build my own story. Build my own arsenal in my own fortification. What I got though is an ugly and dull craft ’em up with fiddly menus, terrible combat, and a crafting system that was overly complex.