Ever since I was 16 years old and I played Warcraft III on the PC, I was hooked on the whole Warcraft universe. Blizzard, in my opinion, made the perfect RTS with an amazing story, and since then I played anything Blizzard created. StarCraft II, Diablo III, Hearthstone, and World of Warcraft. When I heard about WoW, I was really pumped for it. Back then, I didn’t know what an MMO (Massive Multiplayer Online) was, nevermind a subscription fee. So, when I heard about WoW and its subscription fee, I thought I’d check it out, and since then I’ve owned every expansion and must have sunk god knows how many years into the game. WoW to many is sentimental, and I had some of my best gaming moments in WoW.

But over recent years, WoW has taken a tumble. Ever since the shambles I played called WoW: Cataclysm, I lost quite a bit of interest in the game, so much so that I subscribe every other month or have year long brakes. As the rest of the community did the same, WoW’s subs plummeted and have since struggled to be at that mile high club of 10 mil+ subs. 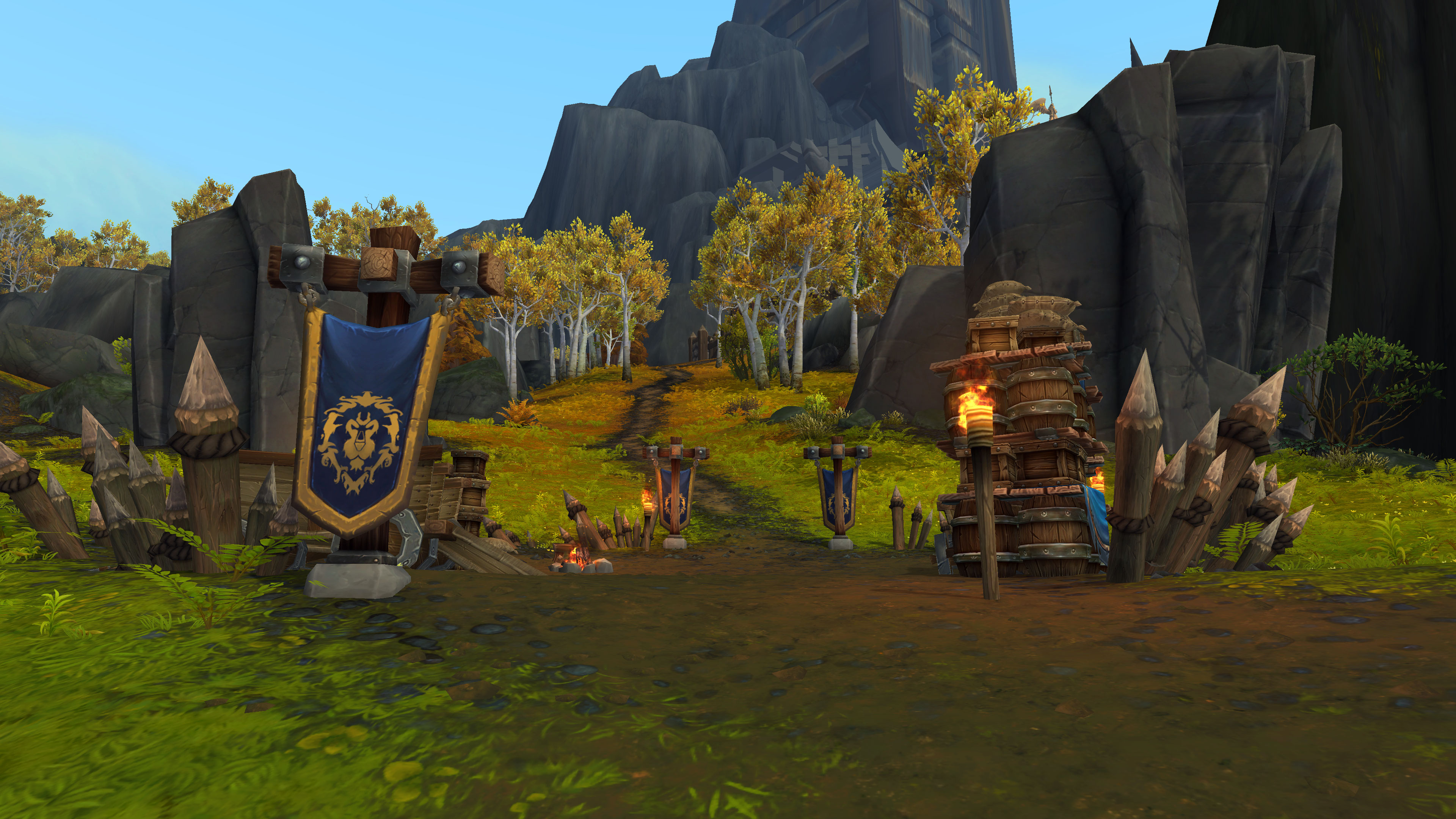 Blizzard has returned yet again with WoW‘s new and 6th expansion known as Legion. Legion sets to fix everything that was broken in the last few expansions, Warlords of Draenor and Mists of Pandaria. Legion sees the return of the series’ most popular enemies, The Burning Legion. They have returned yet again to claim the world of Azeroth from the clutches of the Alliance and the Horde. All that stands in their way are the valiant heroes of Azeroth.

The Burning Legion return through portals shown in a brilliant opening cinematic as they invade the broken isles. Blizzard has always been a master of the cinematic. So much so that I could sit there for hours watching the cinematics from all their games. If you haven’t seen it yet, check it out below!

The opening questline saw me preparing to lay siege to the beaches of the Broken Isles, preparing my equipment and gathering supplies before heading off to a scenario. This scenario saw me invading the beaches in an Omaha Beach-like invasion where we landed on the beaches before being attacked by hordes of demons. Blizzard has done a great job in this opening scenario to detail the sheer amount of demons and the atmosphere here. Fireballs explode around me and fly around the skies. Demons flutter around attacking NPCs and the likes. Corpses riddle the beaches. This is arguably the best introduction to any WoW expansion so far.

As I progressed through the stages, I couldn’t help but notice the brilliant feeling they had put across. The feeling of being overwhelmed by a much greater force. When you look up and see more and more demons charging at you, it gave you the sense that this war cannot be won. The opening scenario was a very Game of Thrones type of ordeal with them killing off many main story characters.

As with all of Blizzard’s expansions, class changes were abundant. I can’t help but feel that all classes were ‘dumbed’ down quite a bit. On my Hunter, I went from using skills all the time to waiting for skills to come off cooldown and actually relying on an auto shot to deal damage. That being said, with the introduction of the artefact weapons and its skills they added a much-needed variety to the gameplay, and it feels like you’re wielding something really powerful rather than just another purple weapon.

On my road to level 110, the way the storytelling has progressed is brilliant. No more are there long walls of text and such. Instead, small cutscenes are placed throughout to keep you up to date in the story. Quests throughout the starting zones actually felt meaningful and worked well together whilst providing valuable XP and upgrades. There was never a point where I lost track of where I was up to. Each zone flowed pretty well. 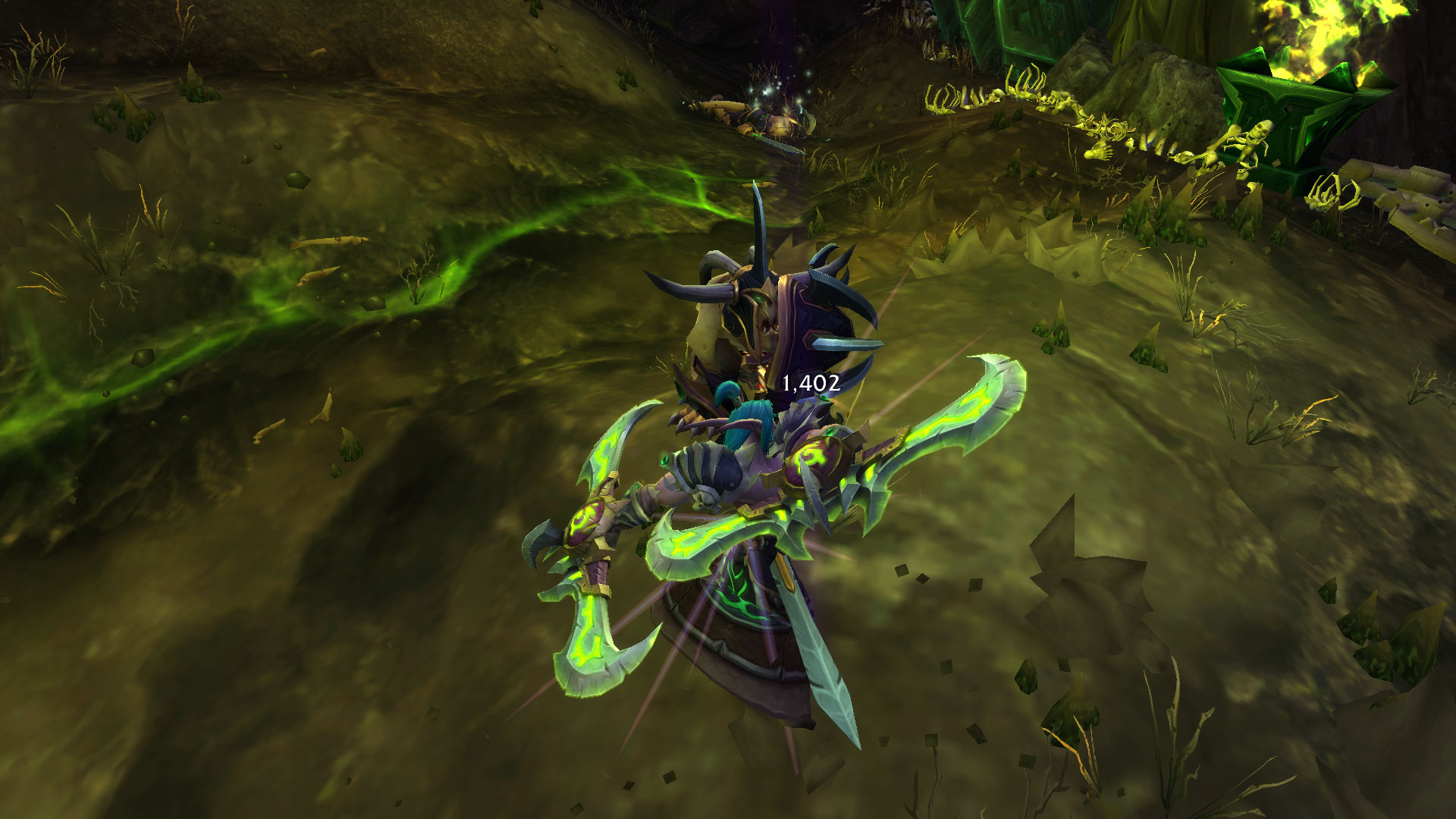 This is the next change: Instead of following the normal progression to each zone on a linear path, you are given the choice to progress in any zone you wish. This means each character you level up will at least feel a bit different from the last. Each zone has a different feel and atmosphere. Azsuna with its ancient elven ruins. Val’sharah focuses on Night Elf forests and druids. Highmountain has a very Tauren approach with valleys and wildlife. Stormheimas is all about the Viking-like Vryku.

Perhaps Legion‘s biggest new feature is the Class Halls. Each class has their own halls similar to Warlords of Draenor’s Garrisons. One big difference with these halls is that they’re shared with other similar classes. The halls are littered with NPCs to make it feel more realistic. This time around, instead of having countless heroes available to you, you are given a handful of ‘Champions’, and these Champions do the same jobs as the heroes where you can send them on missions and receive rewards.

In these halls, you also get your first artefact weapon, and the halls also serve as the centre stage for upgrading this weapon. These weapons are iconic weapons throughout Warcraft‘s history like The Ashbringer for Retribution Paladins and Thrall’s Doomhammer for Enhancement Shamans. Each artefact weapon comes with skills that you can use to devastate enemies, and they also come with XP bars which you level up by using items found throughout the Broken Isles. As you level the weapons, they unlock more talents, animations, and powers. 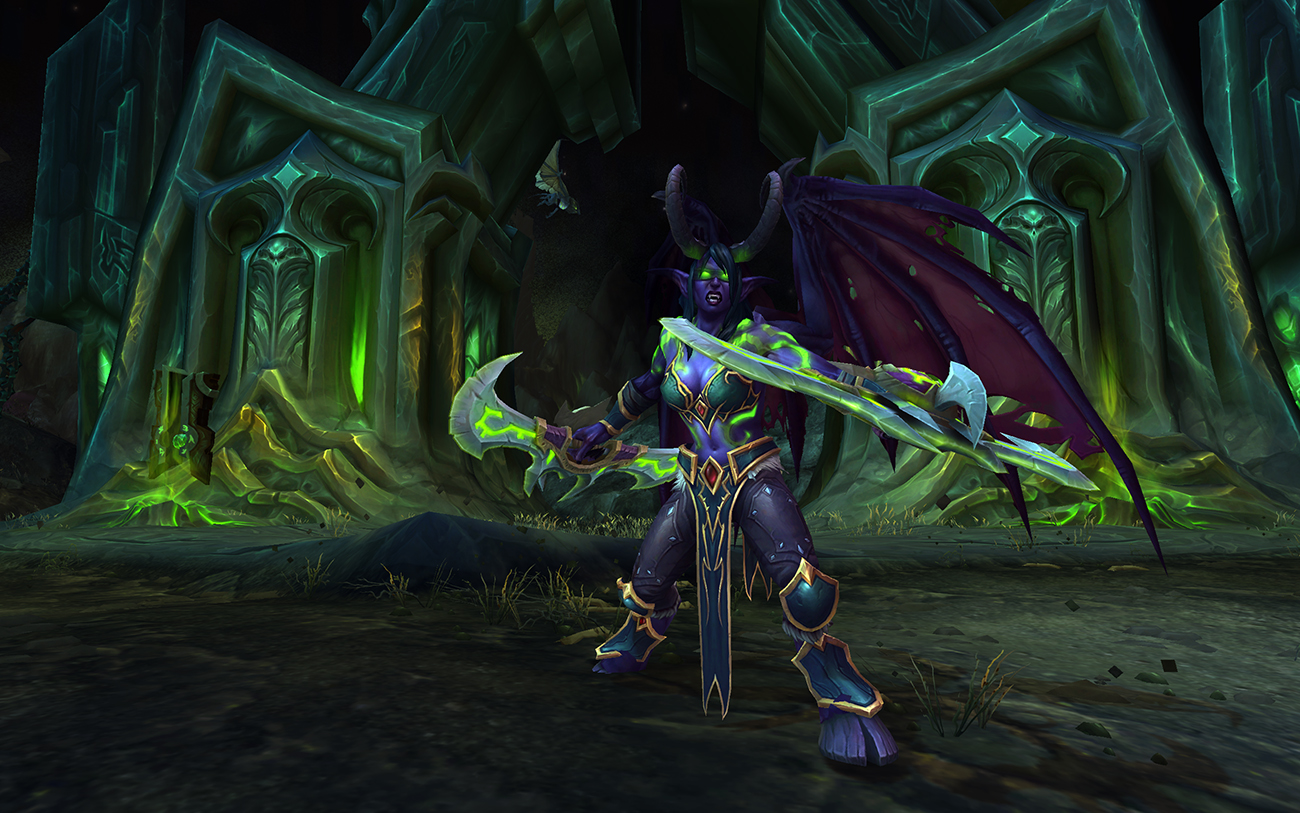 Professions have had yet another overhaul after their failure in Warlords of Draenor. Now professions actually have a usefulness again. Jewel crafting for me was dreadful in Warlords of Draenor, I actually had no need for it as very little equipment came with sockets for gems. But the overhaul has restored my confidence in the profession system and has even lifted my spirits too. Gems are needed and gathering comes with a rank system; the higher your rank the more materials you will receive. The same goes for equipment I could make, 3-star ranking being the best you can make. There is even a little mini game when you first craft a gem, chipping away at a rough opal to reveal the sparkling gem at the end.

Dungeons have taken the centre stage in Legion, and Blizzard has gone out of their way to advertise this. Legion is the most dungeon focused expansion to date. It comes with 10 dungeons at the start with more coming in future patches. Each dungeon is based on each zone and come with different difficulty modes, Mythic being the hardest. The difficulty rating scales well too with Mythic being really hard and not the typical tank and spank approach. Story-wise, each dungeon does well to showcase the story around it.