Downloadable content rarely excites, often giving less than we expected. Look at Batman: Arkham Knight, phenomenal game but lacking any DLC extras that truly excelled. It’s unheard of thinking DLC could be as proportionate as full games, extending a game’s lifespan tremendously. Most content gives us new characters or side stories, new equipment or abilities. Not in the case of the fantastic The Witcher 3: Wild Hunt. CD Projekt Red have done the unthinkable.

With the newest expansion titled Blood and Wine, CD Projekt Red have literally created a whole game’s worth of extra content for The Witcher 3: Wild Hunt. We still play as the famous beast hunter himself, Geralt of Rivia, but what Blood and Wine does is more than just give him a new set of missions. 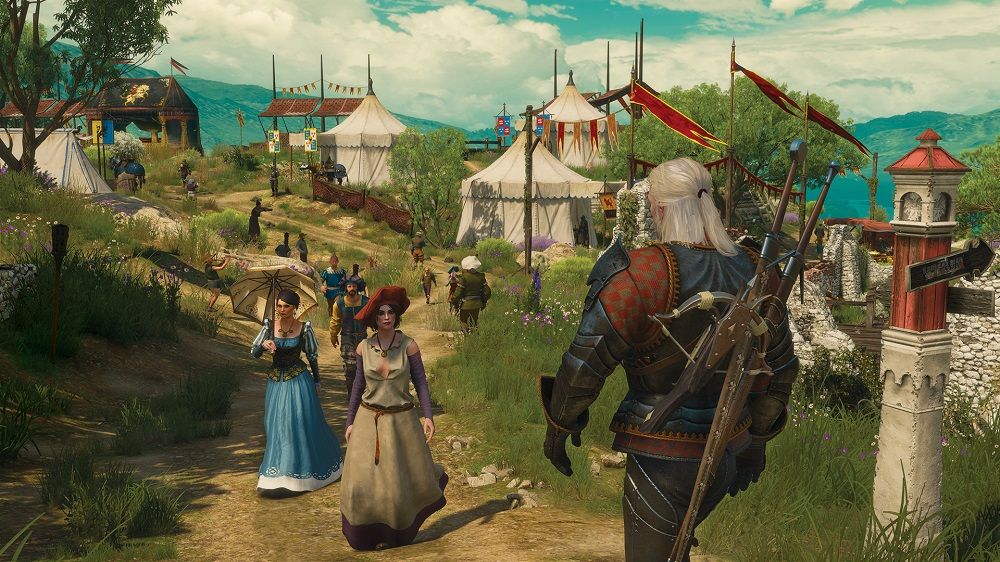 The main task at hand sees Geralt summoned to the land of Beauclair within the colorful kingdom of Touissant. A monster known only as the Beast of Beauclair is terrorizing the community. People are living in fear of this threat, but all is not what it seems. The plot thickens fairly quickly, but Blood and Wine breaks you in quite harshly to its sinister plot due to numerous boss fights that you are required to take down before getting to the knitty-gritty. The wine lovers and Knights Errant are an unusual bunch, speaking in an almost poetic tone reminiscent of some sort of William Shakespeare play. It’s a welcome change and, at times, funny as many of the golden clad knights have barks way worse than their bites, but hey, that’s what Geralt is here for, right? The plot itself is as brutal and intriguing as the plot lines contained within the main game. An enjoyable weave of twists and turns that really makes you care about the fate of Touissant and its inhabitants.

Aside from the new story, Blood and Wine offers a truck load of additional game-play content. Mechanically though, the game runs the same as the main game. See our review of The Witcher 3: Wild Hunt HERE.

Not long into Blood and Wine, Geralt is granted the ability to gain extra mutations using mutagens and upgrade points. These further enhance Geralt’s core abilities whether it’s combat, alchemy, or signs, buffing up any that I chose; maybe increasing sign intensity or increasing vitality regeneration within the first few seconds of a battle.

There are new armor sets such as the golden themed plated armor of the Knights Errant and a brand new Manticore witcher set to find among grand-master sets, which are the highest form of witcher armor available. Not sure about the color to anything you wear? Dyes that can be found and bought can change your dull green set to a purple or yellow set breathing new life into old garments. They can make you into a clown if you’re imagination runs wild, sure, but at least you’ll be a badass. Roach also has a new set of get-ups to find too, making him into a majestic steed ripped straight from ancient history. 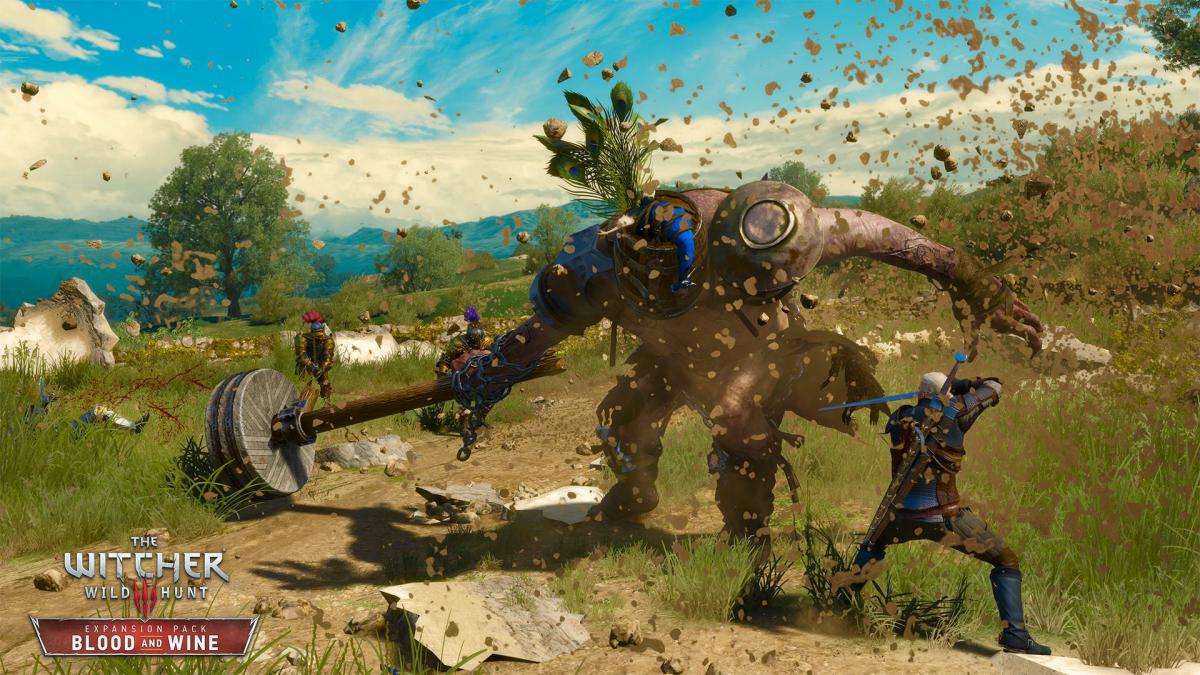 Blood and Wine also gifts Geralt with his very own vineyard complete with his own skivvies, so don’t worry about the upkeep. You can, however, buy beds or stables which grants upgrades to vitality or Roach’s stamina, and it also looks quite spiffing.

All of these upgrades are needed within Blood and Wine as the bosses that plague it are tough. Many require careful strategy, waiting for that brief moment to strike or using any weaknesses to exploit. The vampirism undertone of Blood and Wine means you’ll be facing a lot of Braxae, female temptresses that are quick and deadly, able to take you down in a few combos.

Wandering the landscape of the beautiful Touissant you’ll come across panthers, bears, and other faster and more deadly wildlife, some of which can catch up to Roach if you haven’t got a decent stamina upgrade for him. Luckily, if you haven’t reached level 35 yet, which is recommended before starting Blood and Wine, you can start it straight away with a boost so you won’t be overwhelmed.

Blood and Wine looks magnificent. The brightly colored landscapes full of bold greenery with splashes of red and yellow are a sight to behold. The town of Beauclair breaks the skyline alongside sets of windmills. It’s like looking at a scene from Little House on the Prairie. There is so much to see with a shed load of missions to do that trigger in the unlikeliest of places. Blood and Wine is no doubt one of the best looking DLC packages around.