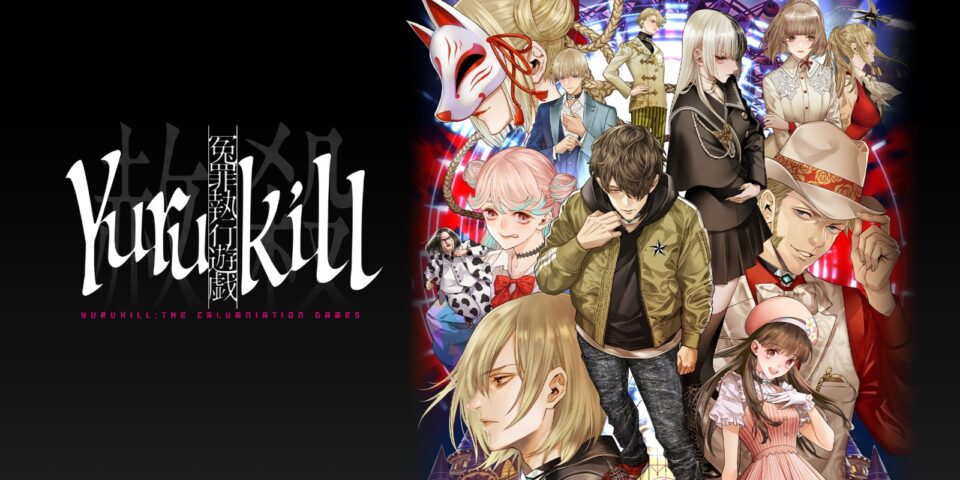 Part visual novel, part escape room, and part shoot-’em-up, Yurukill: The Calumniation Games is an interesting fusion of genres interwoven with an undeniably twisted story from author Homura Kawamoto of the Kakegurui manga. It is fully voiced in Japanese with the inclusion of English subtitles and is available for the Nintendo Switch, PC, and PlayStation consoles.

The game takes place in a curious amusement park called Yurukill Land – a location designed to give a group of criminals the chance to clear their names regardless of whether they’re actually innocent or not. There are two catches – their lives will be on the line the entire time, and there can only be one winner.

Yurukill: The Culumniation Games begins on a ferry heading towards the titular Yurukill Land. It is here that we are introduced to a quirky cast of characters, including our mysterious guide, a fox-mask-wearing woman named Binko, and our primary protagonist, Sengoku Shunju. 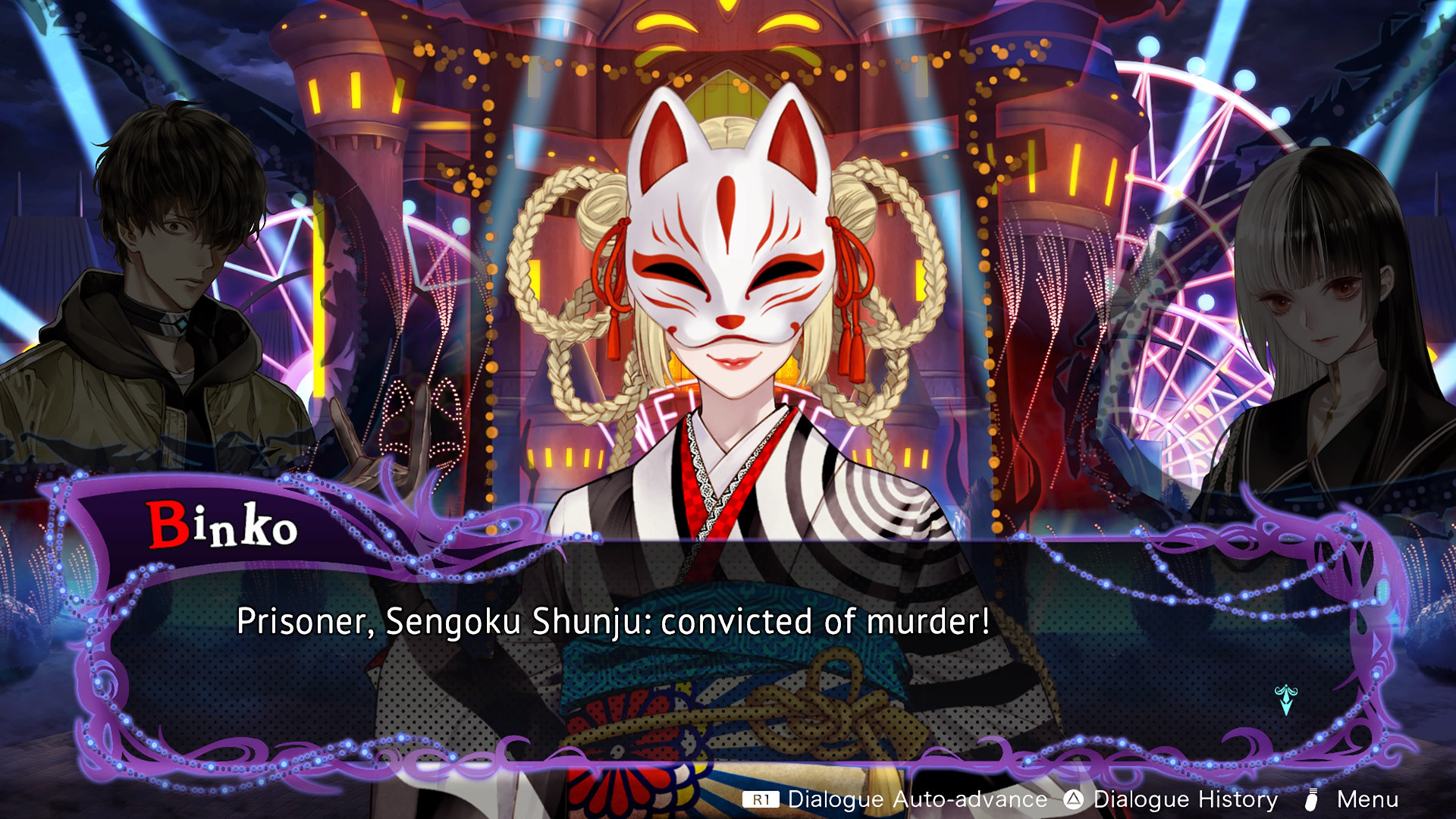 Sengoku is a 29-year-old man who has currently served 10 years of a whopping 999-year sentence for arson and the murder of 21 people – pretty gruesome, right? Not your typical protagonist material, but ever since his conviction, he has insisted on his innocence. He’s not the only one either. Five other prisoners have been brought to Yurukill Land, and like Sengoku, they all deny committing their crimes. Chapter by chapter, we get to explore their stories and uncover the underlying mystery.

Upon arrival at Yurukill Land, each prisoner is paired with an ‘executioner.’ Unlike the prisoners, the executioners are there of their own free will. Their lives aren’t on the line, and winning gives them the opportunity to choose the reward of their dreams. The executioners aren’t chosen at random though – each one of them is a victim of one of the prisoners’ crimes. They are also in the possession of a ‘kill button’ that allows them to execute their prisoner whenever they choose. 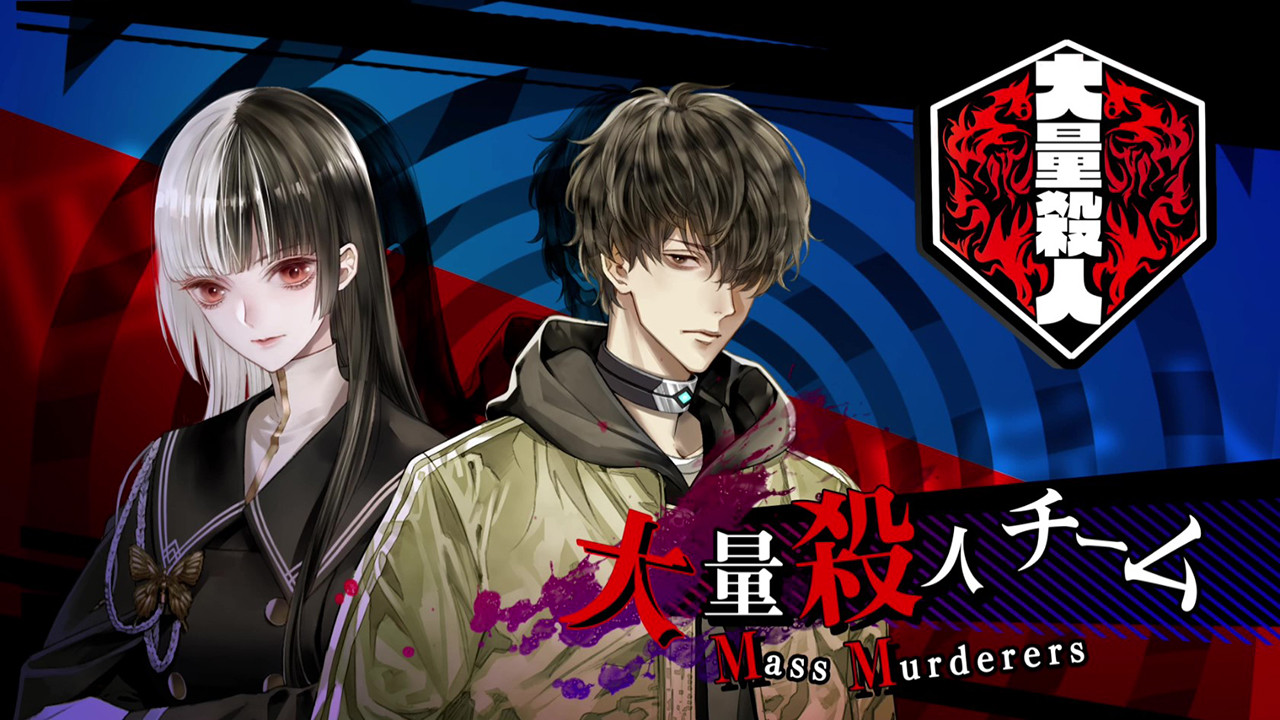 As the game begins, each team is faced with an attraction based on the crime the prisoner is said to have committed. Sengoku, for example, must make his way through a burning house, using the clues he finds to solve puzzles that will allow him to complete the attraction. You’ll get to repeat this process with each team as they progress through their specifically designed attractions.

This part of the game is essentially a point-and-click escape room. There are multiple areas in each attraction with objects you can interact with and a few puzzles you’ll need to solve. 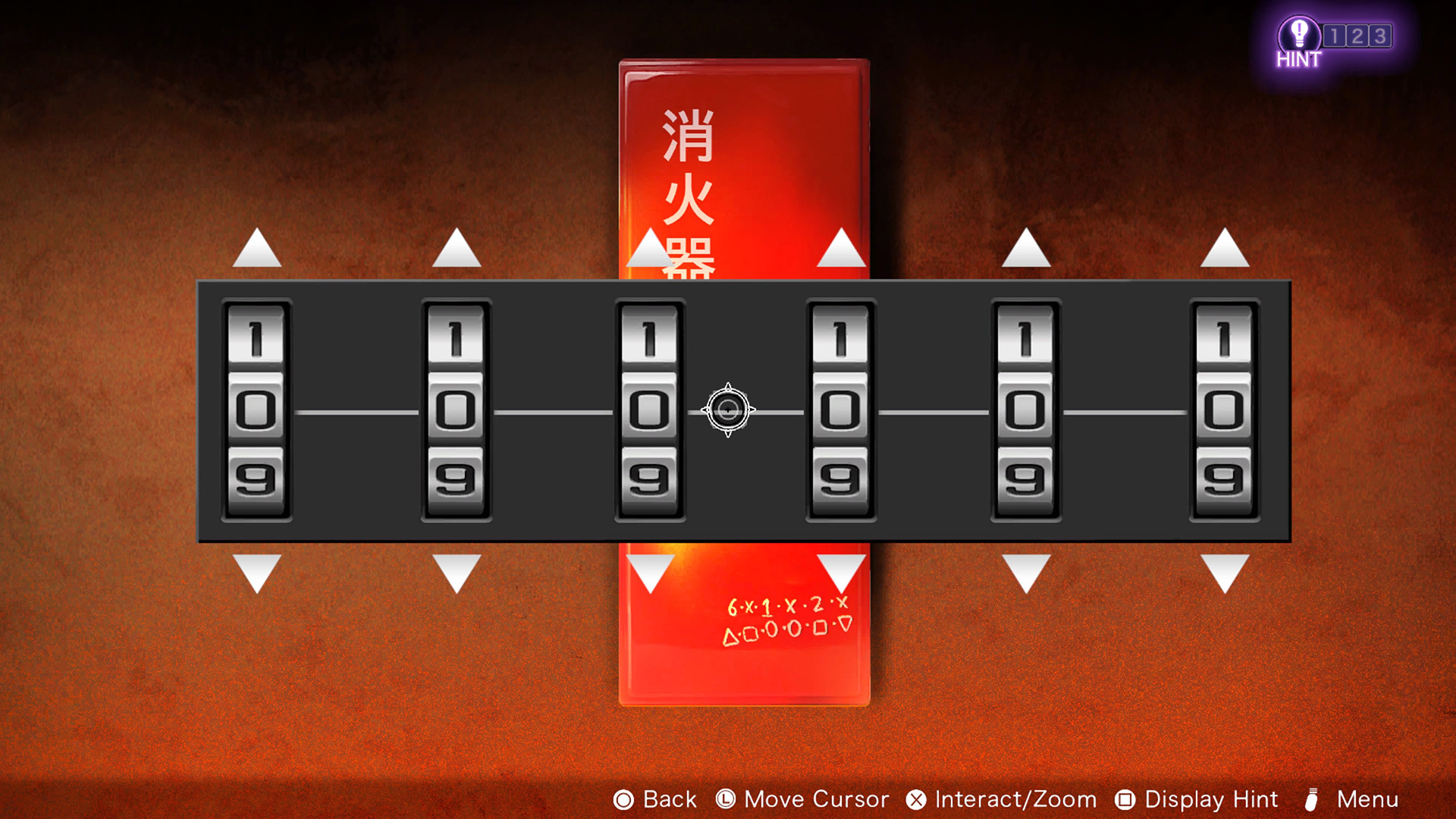 Some of the puzzles offer a nice challenge, but others are frustratingly easy. At times, the game had the tendency to hold my hand and guide me through the story rather than allow me to figure it out, which was a shame though it did mean that there weren’t any moments where I was banging my head against the wall in frustration.

As you proceed through each prisoner’s attraction and converse with their executioner, a time will come when they’ll be tempted to push the kill button. In order to survive, the player will have to correctly answer a series of questions to diffuse the situation.

If you manage to convince them not to press the button and complete the attraction, you’re in the clear, right? 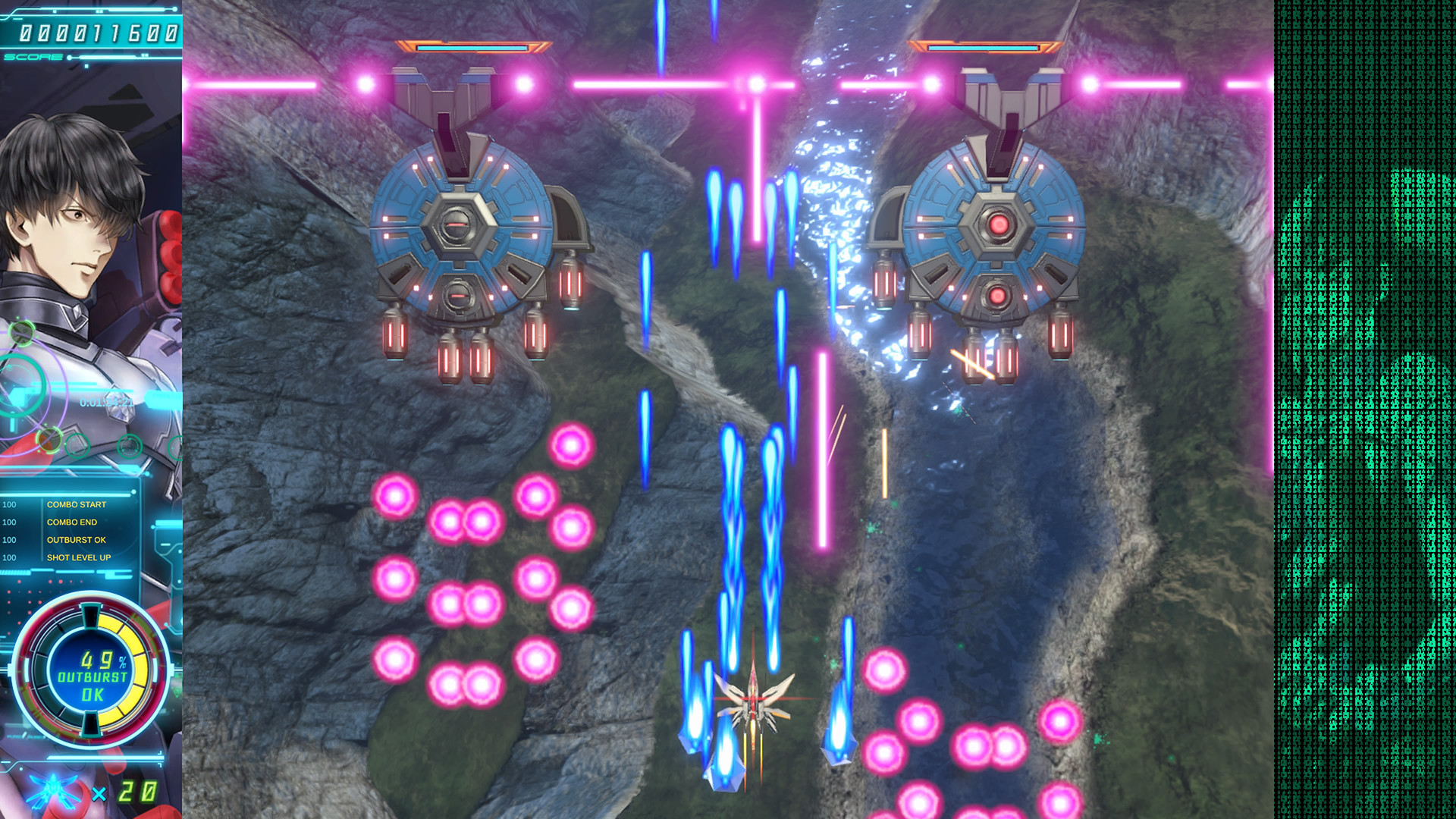 After clearing their attraction, both the prisoner and the executioner are hooked up to a Brain Reality machine, where they take to the virtual skies to fight it out in Yurukill Fighters. The aim of this battle, for the prisoner at least, is to break down the executioner’s mental barriers to get them to listen to what they have to say and choose to pardon them rather than kill them.

To convince them, you’ll need to select the correct evidence to eliminate their prejudices and answer a number of questions correctly. Any incorrect choices will cause you to lose three lives. 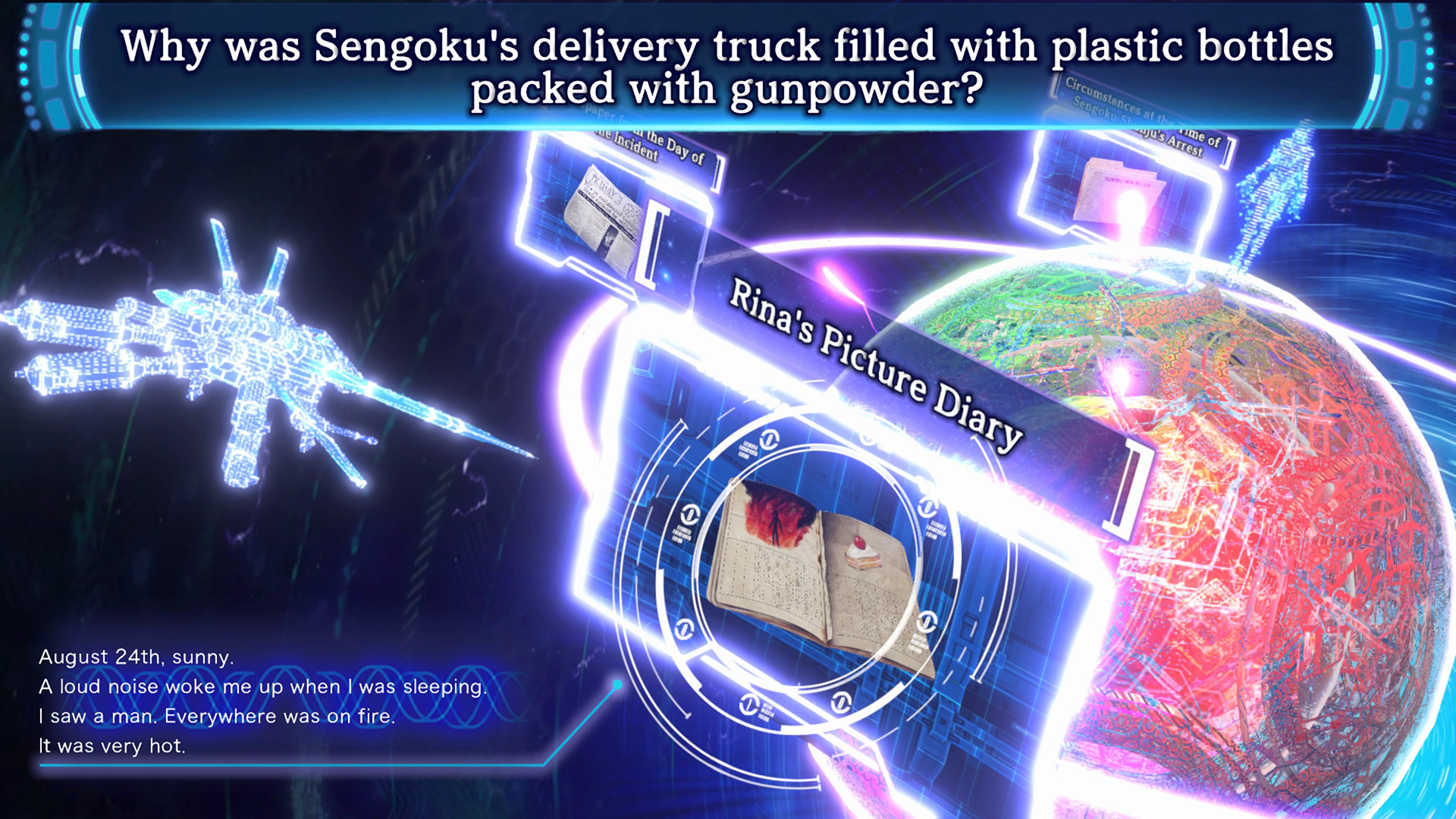 This shoot ’em up segment is fun, if a little repetitive. It offers a decent challenge on normal mode, with the option to increase or decrease the difficulty accordingly. The problem is that, like the attractions themselves, you’ll engage in these battles with each prisoner.

Whilst each prisoner and executioner have different movesets and abilities to provide a nice level of variation, Binko gives each of them the same spiel. It might be the first time they’ve heard about ‘Brain Reality’ and ‘mind walls’, but by the last prisoner’s attraction, I was getting tired of hearing about it.

Minor complaints aside, the story kept me on edge. It was sufficiently dark, and I enjoyed being able to use the evidence I found as I progressed to piece the story together myself. It wasn’t entirely predictable though – Yurukill throws in just enough plot twists to keep you engaged without making it overly complex. 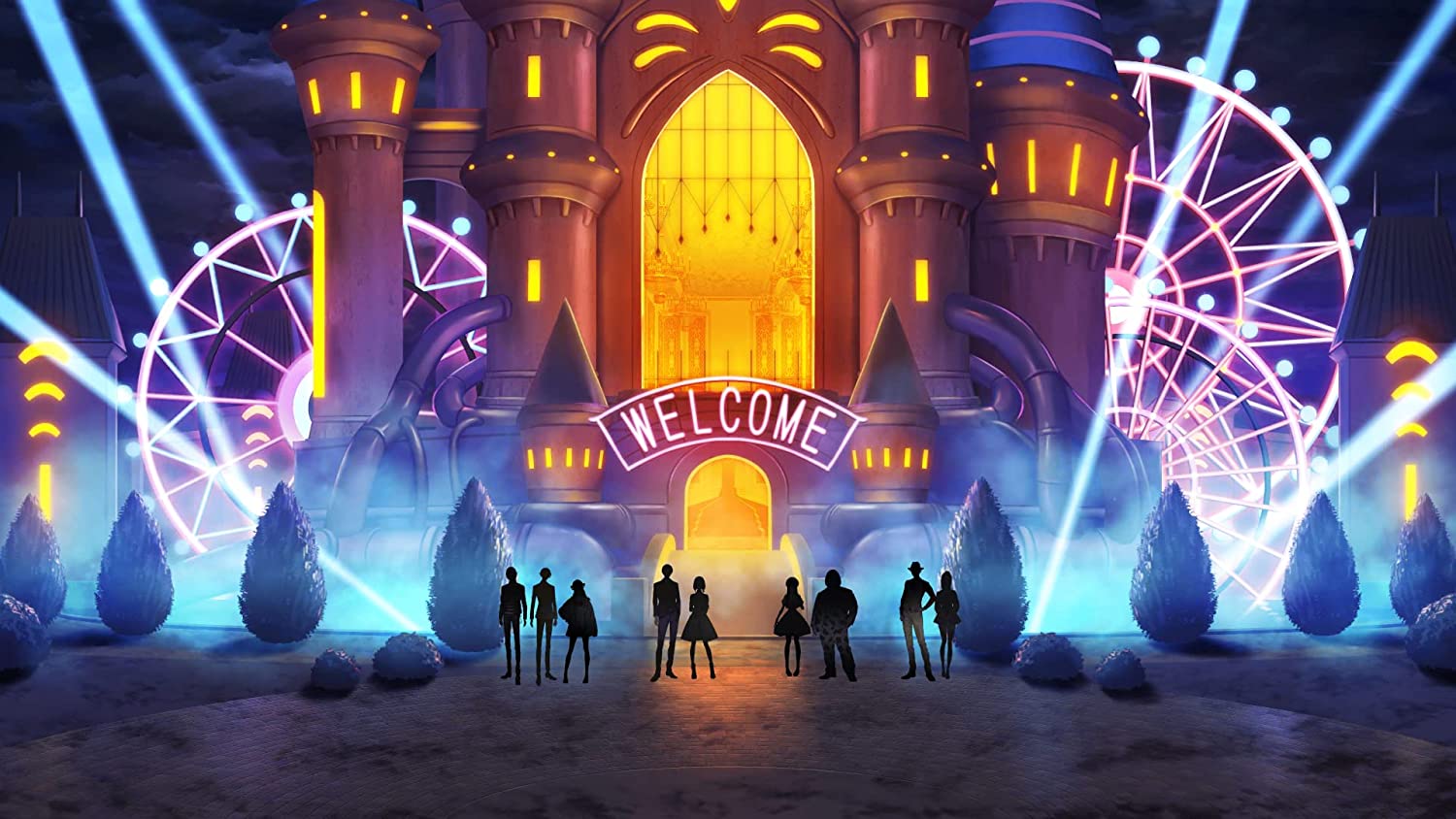 With a mix of distinct gameplay elements underpinned by a solid storyline, Yurukill: The Calumniation Games is a worthwhile experience that offers a little more than just your traditional escape room game or visual novel thanks to its fast-paced shoot-’em-up sections.  The cast of characters is small but unique. Not all of them were likeable, but they had a level of depth to them that made experiencing each of their chapters enjoyable. All in all, it isn’t going to be everyone’s cup of tea, but it’s worth trying out if you’re a fan of visual novels and old-school shoot-em-ups. 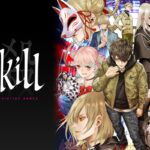 Gaming Respawn’s copy of Yurukill: The Calumniation Games was provided by the publisher. 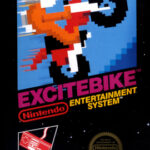