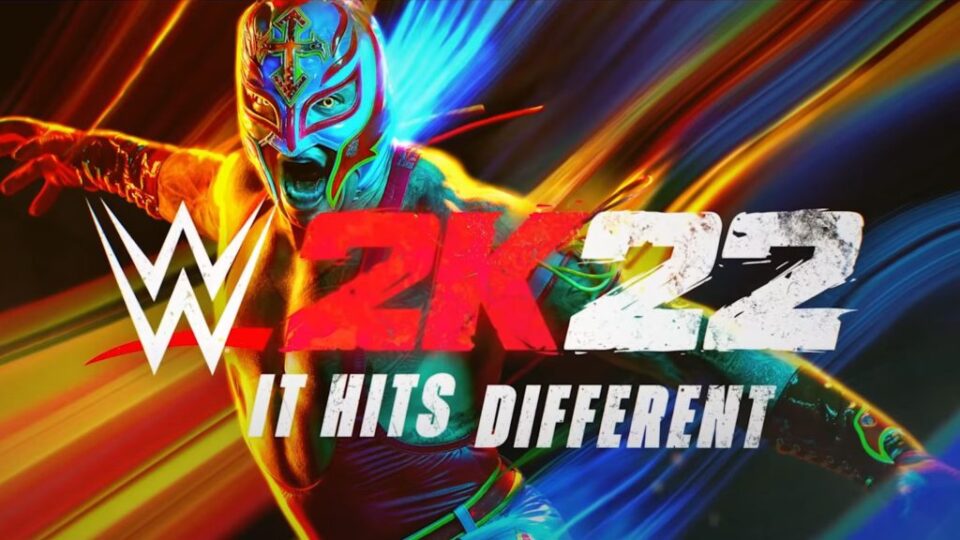 The release of WWE 2K20 back at the end of 2019 was a complete disaster. Not only was the game full of hilarious glitches and annoying bugs, but it also looked, well, awful. With all this in mind, developers Visual Concepts (who took over the development of the WWE games when long term developers Yukes had left the licence in the early part of 2019) really had to bring their “A” game and not just polish an already polished to death title. Wrestling fans do love a good comeback story, but will WWE 2K22 be that heroic return after injury or just someone who doesn’t know when to finally retire?

WWE 2K22 was first revealed to the world in a trailer that aired during WrestleMania 37 in April 2021. The footage featured Cesaro and cover star Rey Mysterio, and the tagline “Hit Different” appeared. A few months later in July 2021, SmackDown! commentator Michael Cole mentioned that WWE 2K22 will feature a rebuilt game engine with smoother controls. All these new additions sounded extremely welcome to a series that had grown stagnant with yearly releases. Well, straight away after the first few matches, a difference in the gameplay could be seen, and it was for the first time in a long time…fun. 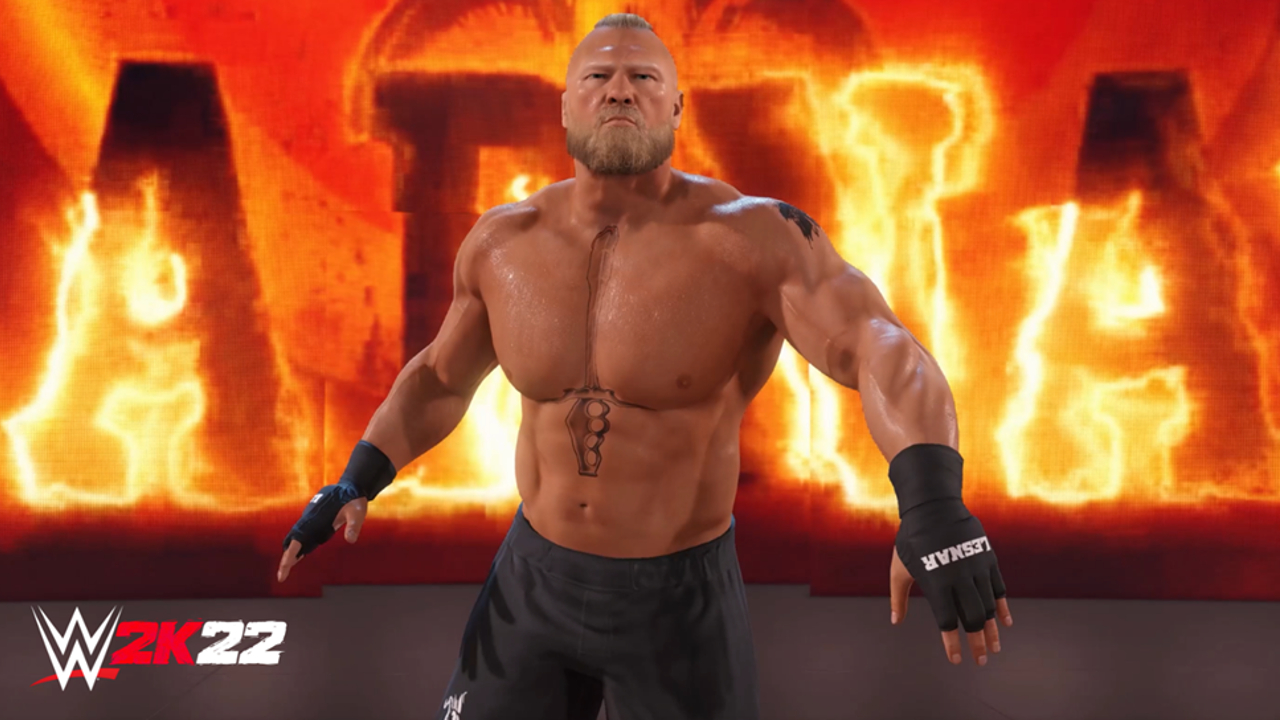 Before we look at WWE 2K22‘s gameplay, etc., let’s just say this right now. The game looks f*cking fantastic! All the wrestlers look amazing, even those that weren’t scanned for the game, such as The Rock. Away from the wrestlers themselves, everything just looks incredible. Hair on the actual superstars finally looks like it grows from a human’s head, but the created wrestlers still have that weird toy hair. Lighting during both entrances and matches really helps WWE 2K22 feel like you are watching the actual WWE product on TV. It is such an improvement over the ghastly visuals we were subjected to in 2K20.

Booting up WWE 2K22 for the first time, you are invited to a tutorial to learn all the new controls. This training session takes place in the famous WWE Performance Centre and is led by none other than The Human Torture Device, Drew Gulak! During the tutorial, I heard something that sent a chill down my spine. Gulak had just explained something that had been missing from WWE games for over 20 years…combos. Thankfully, these are nowhere near as frustratingly elaborate as WWF War Zone and Attitude‘s were, and they work brilliantly well within WWE 2K22 and add a nice, new touch on how to go about dishing out some damage to your opponent.

Once you have graduated from Gulak’s school, you are taken to the vastly improved menu where all the game modes are on one page, and there is a hell of a lot of content here to jump into. There is the standard exhibition mode, where you can springboard straight into the action. Disappointingly, there are no new match types here. That doesn’t mean it is lacking in choice, mind, but it would have been great to have, say, a buried alive or casket match back from which to choose. 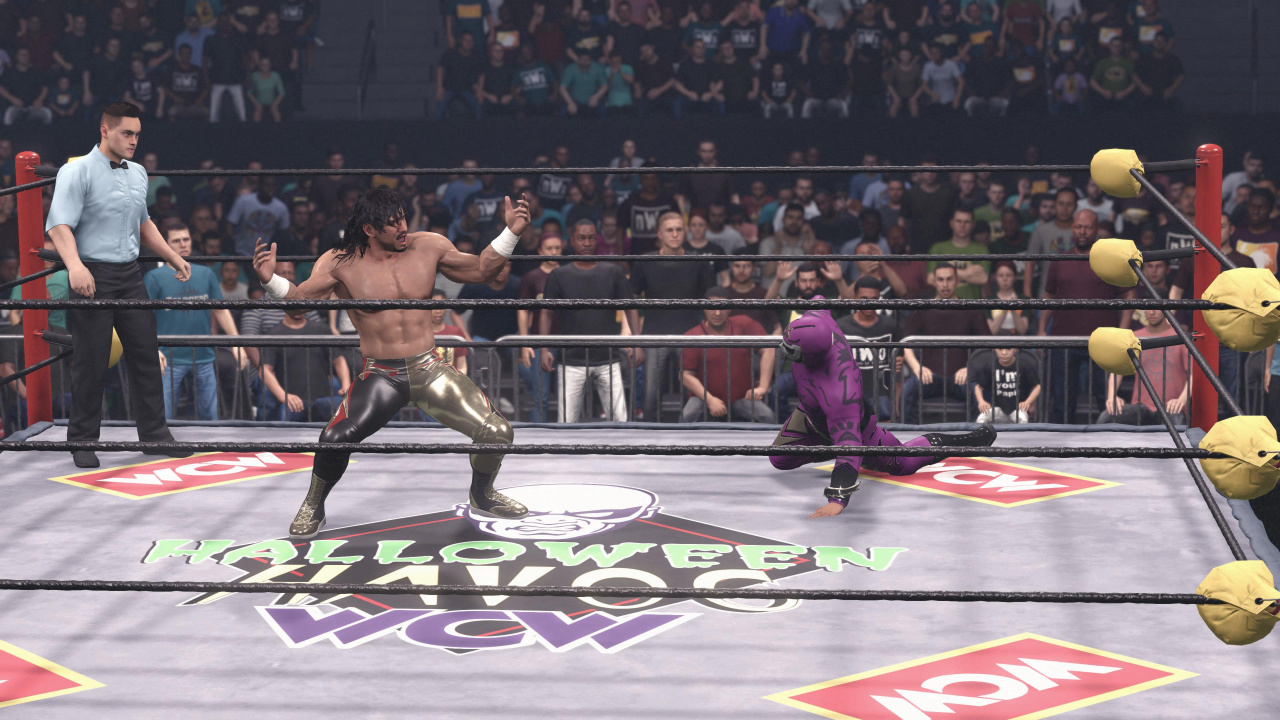 WWE Universe mode returns once again and is as huge as ever. You can really get completely lost in creating your own WWE product, with the Creation Suite always being there to help add some new wrestlers or shows when you need to change things up. An addition this year is the option of playing “Superstar” mode. This allows you to take control of a single wrestler and just play their matches rather than controlling the whole WWE product. It is a lot of fun and feels like the Road to WrestleMania modes from a few years ago. Speaking of taking control of the WWE product, WWE 2K22 does feature a returning legend…GM Mode is back!

We last saw GM Mode back in WWE SmackDown! vs Raw 2008, and fans have been demanding its return ever since, really. MyGM acts much the same as the previous instalments: You take control of a brand within the WWE and compete against the other brands for supremacy. Once you take over your desired brand, you build a roster and then book matches to try and outdo your rivals. Is it the return to glory for this fan favourite? Welllll….ish, yes. It is still fun, but apart from the modern facelift, it feels a lot like the original mode back in the mid-2000s, and wrestling management sims have moved on and become (in the case of TEW) as in-depth and intimidating as Football Manager is to a FIFA Career Mode. 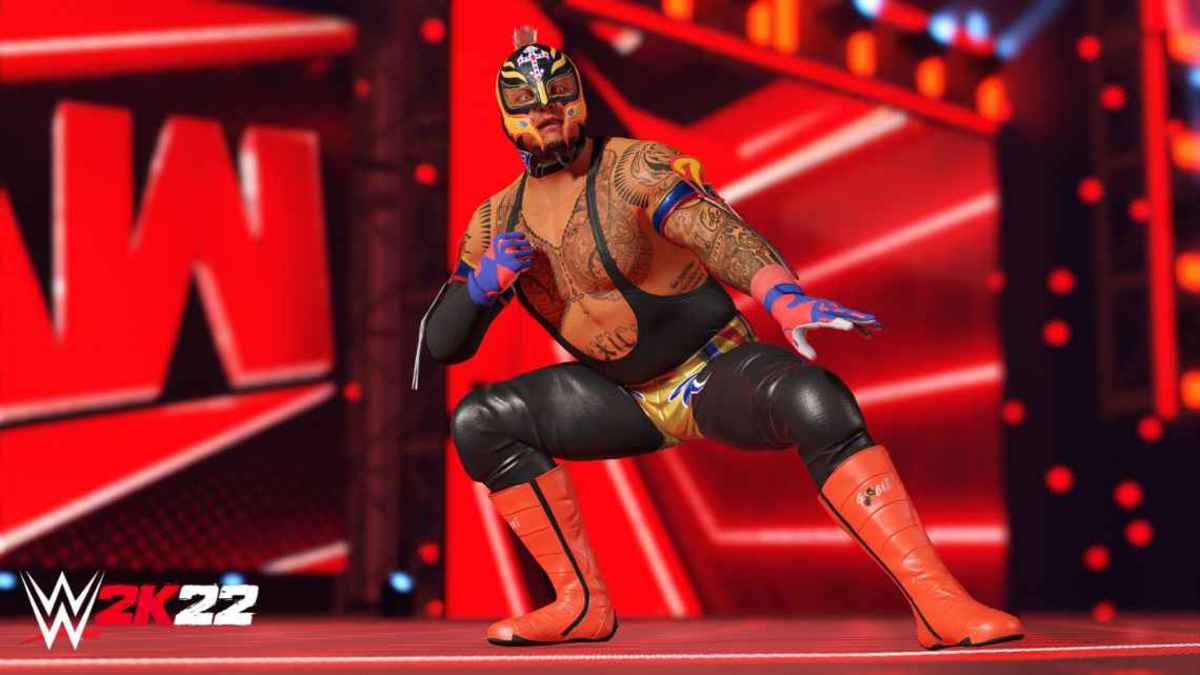 Showcase is back this year and this time features the career of the legendary luchador Rey Mysterio. Rey has had one of the greatest careers of any WWE wrestler, with amazing matches all the way through his career from ECW, WCW to, of course, WWE. Some big names are missing from WWE 2K22, which does, unfortunately, affect Rey’s showcase mode. There is no Chris Jericho or Chavo Guerrero, so the only WCW match we get is the fantastic battle from Halloween Havoc 1997 with the late, great Eddie Guerrero. Kurt Angle is also missing from the game, so we don’t get the World Title to win at WrestleMania 22 or the SummerSlam 2005 classic with him either. The matches featured, though, are some absolute belters and do a great job in showcasing Rey’s career. What is a welcome change to the standard showcase formula is there is no modern commentary re-recording, instead the action switches from gameplay to real-life footage with Rey doing some brilliant voiceover work, making this feel much more like a documentary.

My Rise is the new career mode featured in WWE 2K22, and it is one of the best ones for a long time. At the outset, you are asked to create your male or female wrestler and then choose their background. Will you be an Indy darling or a ruthless MMA fighter transitioning to pro wrestling? Once you start your journey in the WWE, you will be met with various choices as to how to go about your rise to the top. 2K say that not one playthrough will be the same due to the number of choices available, and with a different set of stories for both male and female wrestlers, there are plenty of reasons to go back over and over again. 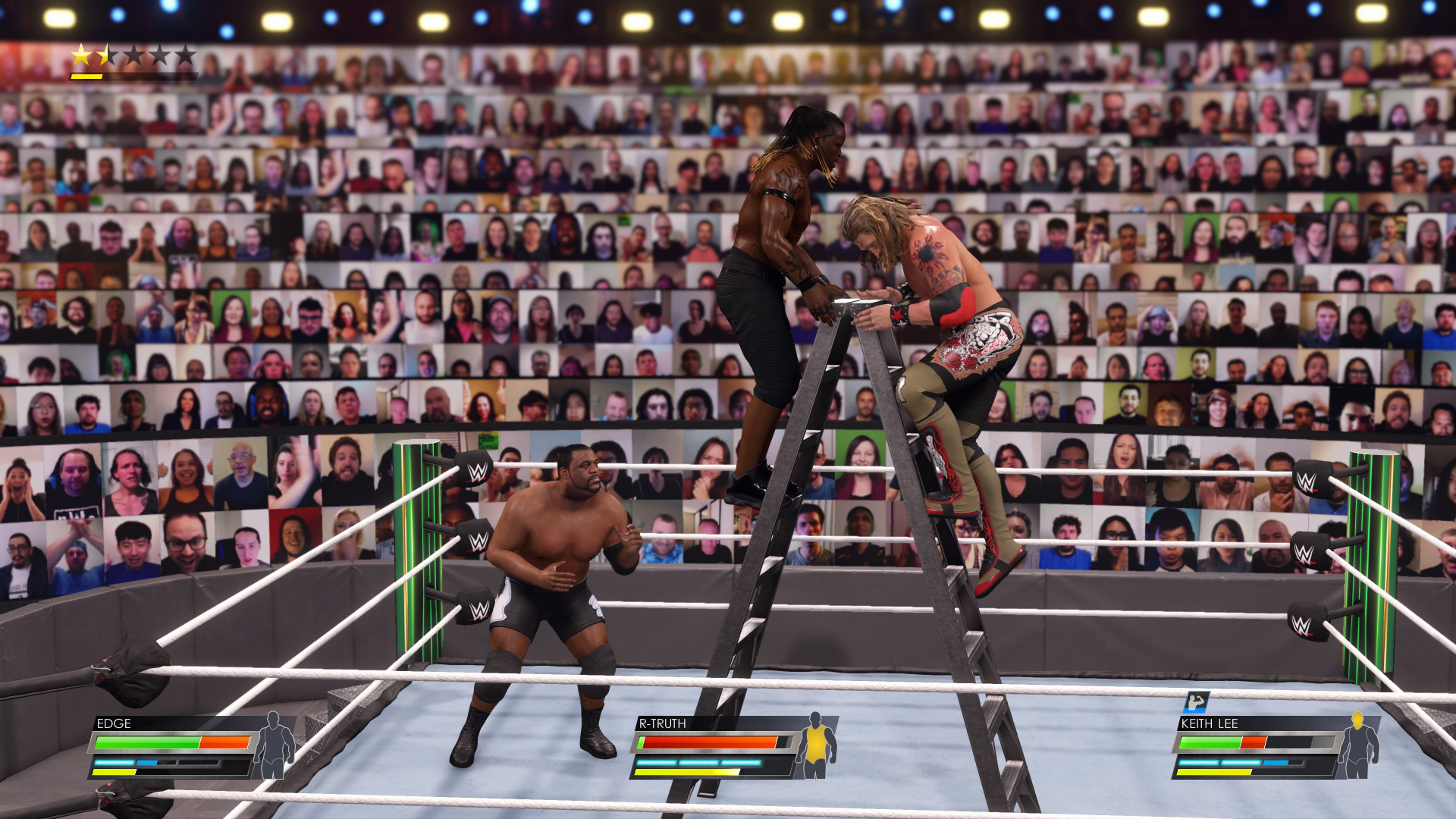 Oh good, no microtransactions, I hear you yell? Well, in the style of the criminally underused Wade Barrett, “I’ve got some bad news for you”. Well, sort of. We come to the last mode available to us (apart from the standard multiplayer options, which aren’t very different from previous years), MyFaction. This is WWE 2K22′s answer to FIFA’s Ultimate Team, of sorts. You build a faction of wrestlers to take on various challenges either as a 4 vs 4 or in singles matches. Every action you do in MyFaction earns you MFP- MyFaction Points, which can be used to get new wrestlers, power up cards, (tokens are used for these) logos, banners, etc. You can also use VC – Virtual Currency to get these items, which is the microtransactions bit. The good news here is that everything available to unlock in MyFaction can be obtained from in-game currenc, and is nowhere near as bad in tempting you with parting with your real money as FIFA is due to MyFaction being an offline mode. This will stop the Ultimate Team issue of seeing someone’s faction is better and blowing a load of money on packs to try and be better. 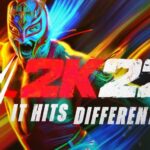 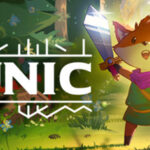 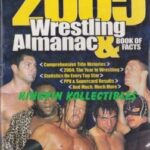