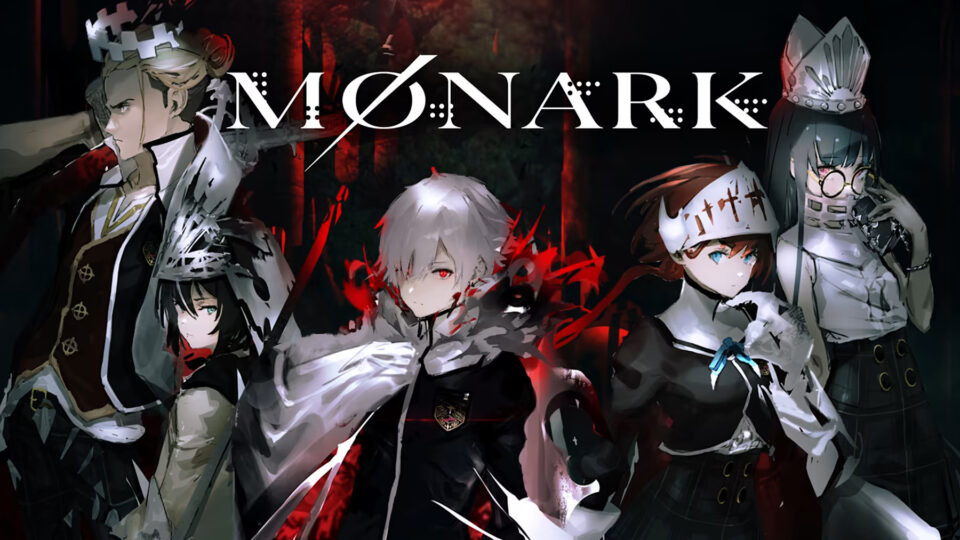 We’re not strangers to the concept of high school students juggling their school life with saving the world. We see it in movies, books, on TV, and if you’re a fan of Atlus franchises Persona and Shin Megami Tensei, you’ll have seen it in video games. With that in mind, it probably won’t come as too much of a surprise that Monark‘s development team consists of members who worked on the previously mentioned series.

After originally releasing in Japan back in October 2021, FuRyu’s new JRPG, Monark, is set to release for Western audiences this month. It will be available for PS4, PS5, Nintendo Switch and PC.

Monark is your typical anime-style video game and deploys a combination of 3D animation and 2D character art that displays during moments of character dialogue. The character designs of the main cast and bosses are impressive in themselves, but they’re let down by lacklustre graphics. This is especially noticeable when it comes to the 3D models that manage to convey less emotion than their 2D counterparts. The rest of the enemies, and the students milling around the academy, were devoid of anything that made them memorable. The academy campus was equally uninspired – whilst I initially enjoyed the exploration aspect of the game, it soon became repetitive when each building consisted of the same floor, corridors, and classrooms. I’m not usually too bothered by graphics, but Monark just seems a tad dated.

Monark has us step into the shoes of a nameless (and mostly silent) protagonist as he awakens at Shin Mikado Academy. Whilst he has no memory of who or where he is, his uniform indicates that he is a second-year student at the academy, and a younger girl named Chiyo refers to him as her older brother. We quickly learn that the academy has been infected by the mysterious Mist, which causes those who come into contact with it to descend into madness. If that wasn’t unfortunate enough, a magical barrier has also appeared that prevents anyone from leaving the academy grounds. 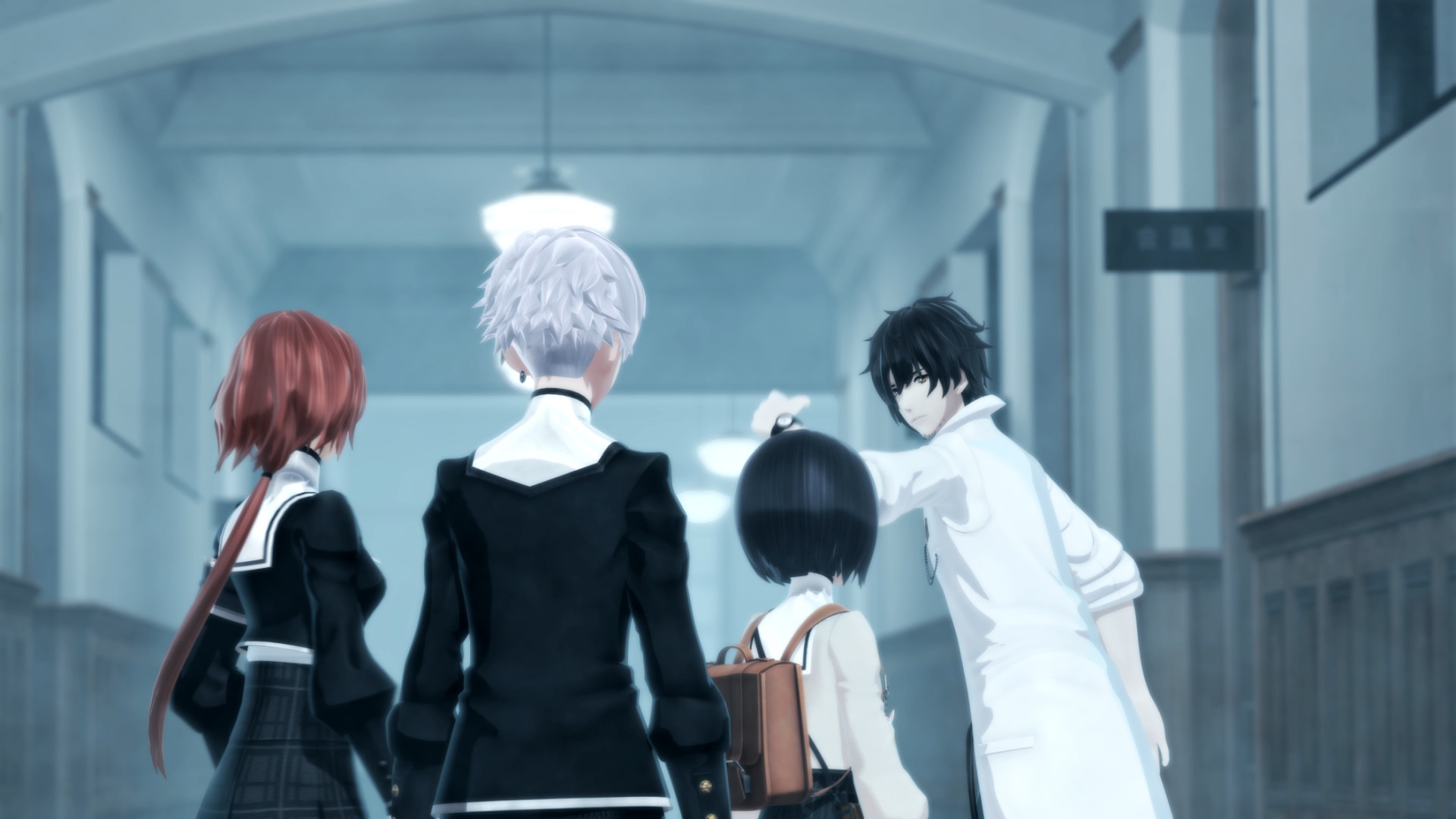 After Chiyo receives a phone call, she, the player and some others are drawn into a place known as the Otherworld – a metaphysical plane linked to cognition. Upon being attacked within this Otherworld, the protagonist is granted the opportunity to form a pact with a daemonic entity – or Monark – called Vanitas. He bestows the Authority of Vanity upon you, which allows you to use a variety of abilities that will help in battle.

Upon returning to the real world, the protagonist learns that the use of these Authorities is the very thing that is causing the Mist. In order to drive the Mist back and return the academy to normal, the protagonist and his friends must track down the seven other Pactbearers and break their pacts with their Monarks.

To do this, the player will have to venture into Mist-filled areas of the academy, solve a few puzzles, locate the crystals that represent the ideals of the Pactbearers and destroy them. The longer you remain within the Mist, however, the more your Madness gauge will increase. If it reaches its maximum, the protagonist will go insane and restart from the infirmary, adding a sense of urgency to the challenge-solving aspect of the game. 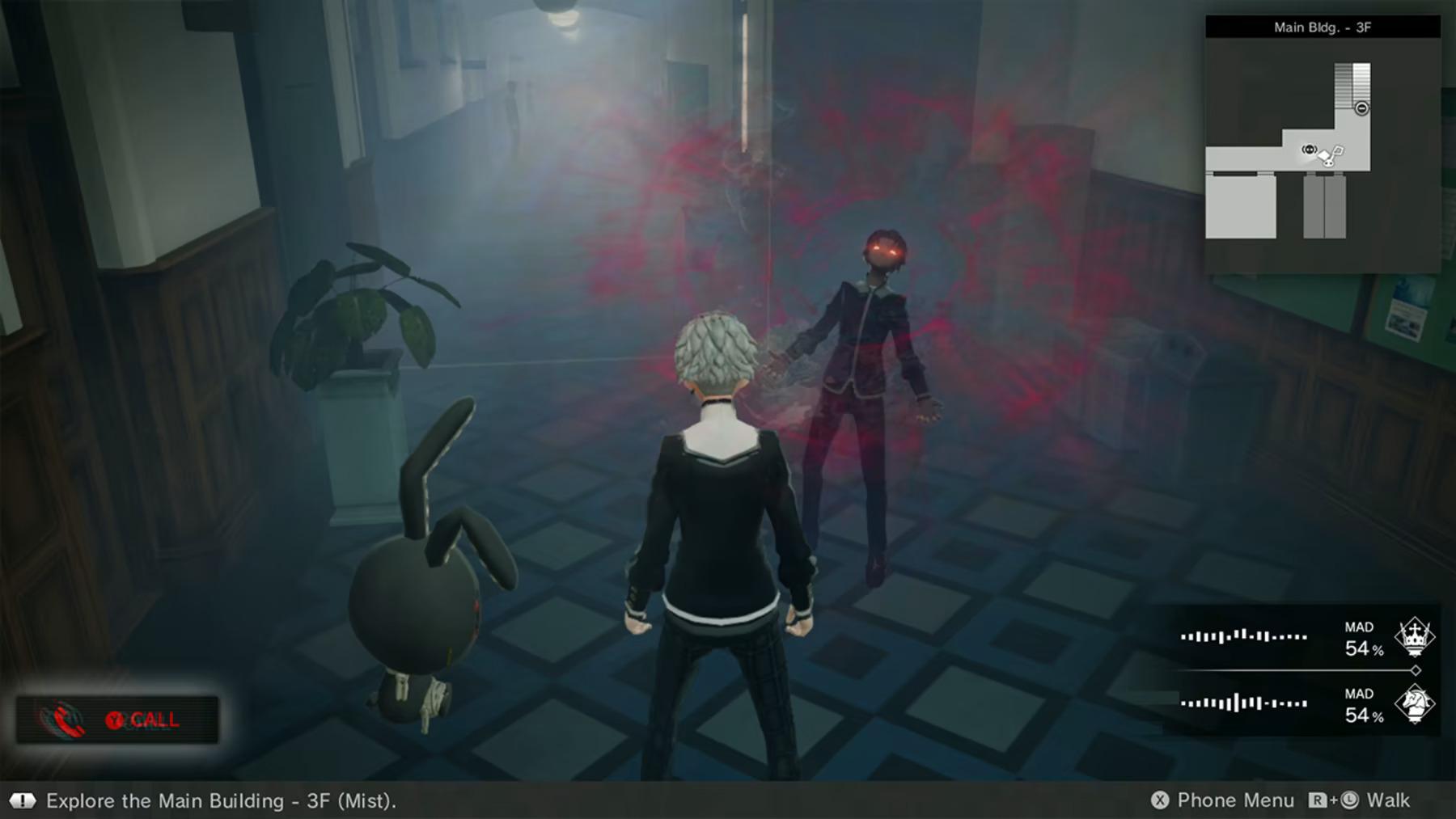 The Seven Deadly Sins are heavily incorporated within Monark’s overarching themes. Each of the seven Pactbearers embody one of these cardinal sins, and they also come into play when it comes to our own character traits or Ego.

Ego is one of the most important concepts within the game, and it’s split into seven personality vices – Pride, Envy, Lust, Greed, Wrath, Sloth and Gluttony. As you progress through the game, your Ego will evolve through combat and the way in which you answer questions given to you through diagnostic tests or conversations with your own Monark. Your Ego will also determine the daemonic Fiends that will aid you in battle.

Monark’s battle system is fairly intuitive, but it’s something that might take some getting used to. As a turn-based, free-movement system, it’s simple enough, but it relies heavily upon strategy, so there are a lot of elements to consider. 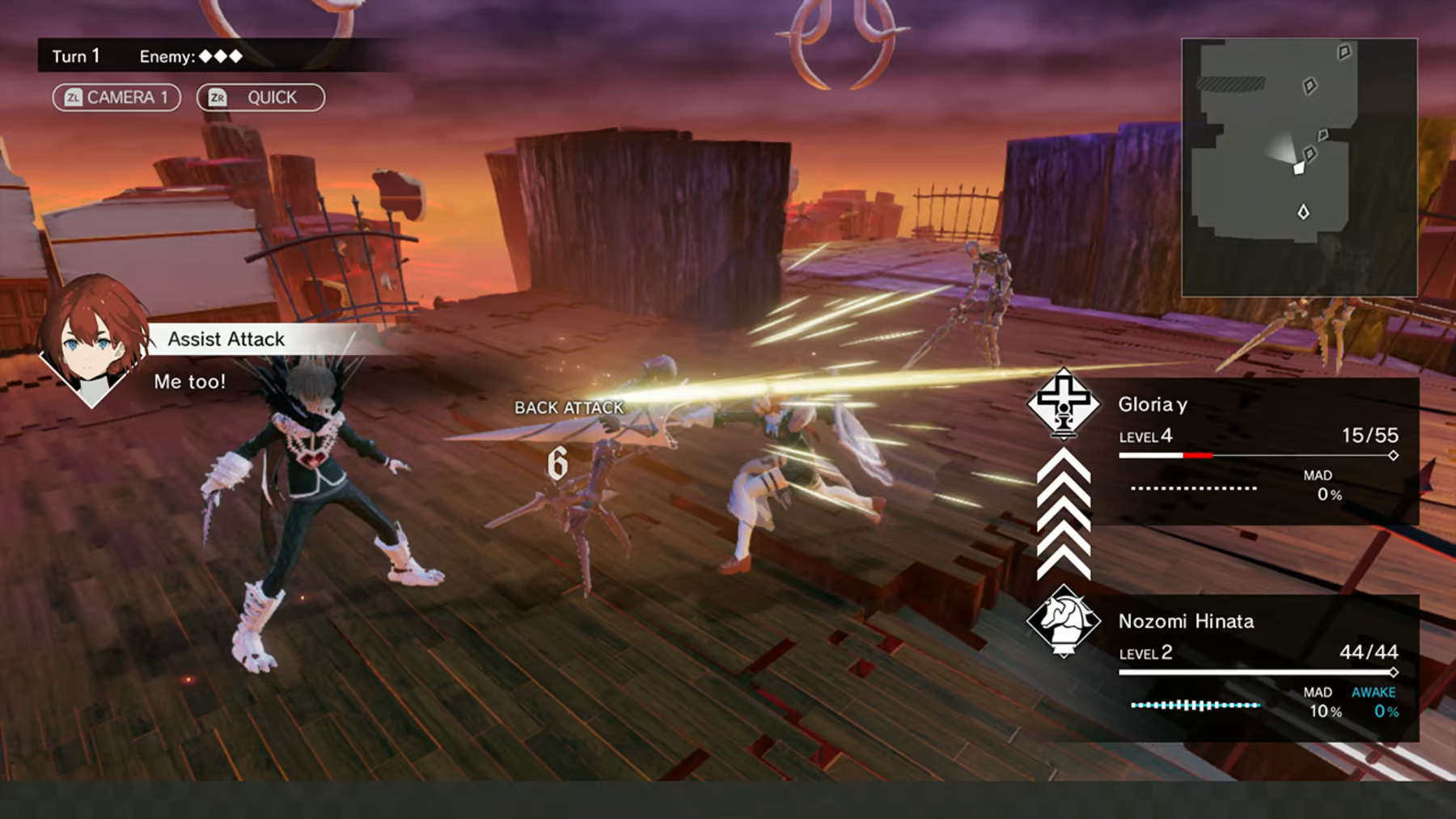 In addition to your basic health bar, there are two other gauges to pay attention to: AWAKE and MAD. These are two of the most important mechanisms within Monark’s battle system. Your MAD gauge will increase in a number of ways, ranging from having an allied unit defer their turn to you to spending it using your Authority. Once a character’s MAD level reaches its maximum, they will enter a state of madness where they will attack everything in sight, be it friend or foe. After a couple of turns, they will succumb to the madness and fall. If the protagonist falls, it’s an instant game over since there’s no way to revive fallen members of the party.

Similarly, the AWAKE gauge increases through an ability called Resolve. Maxing out this gauge will put a character in an awakened state, where a number of stats are enhanced for a period of time.

Thanks to his Authority, the protagonist possesses an ability called Resonance. This allows him to share abilities and stats with other units in battle and can be used to combine MAD and AWAKE to enter a state of Enlightenment. Whilst in this state, stats will be greatly enhanced and might turn the tides of battle. 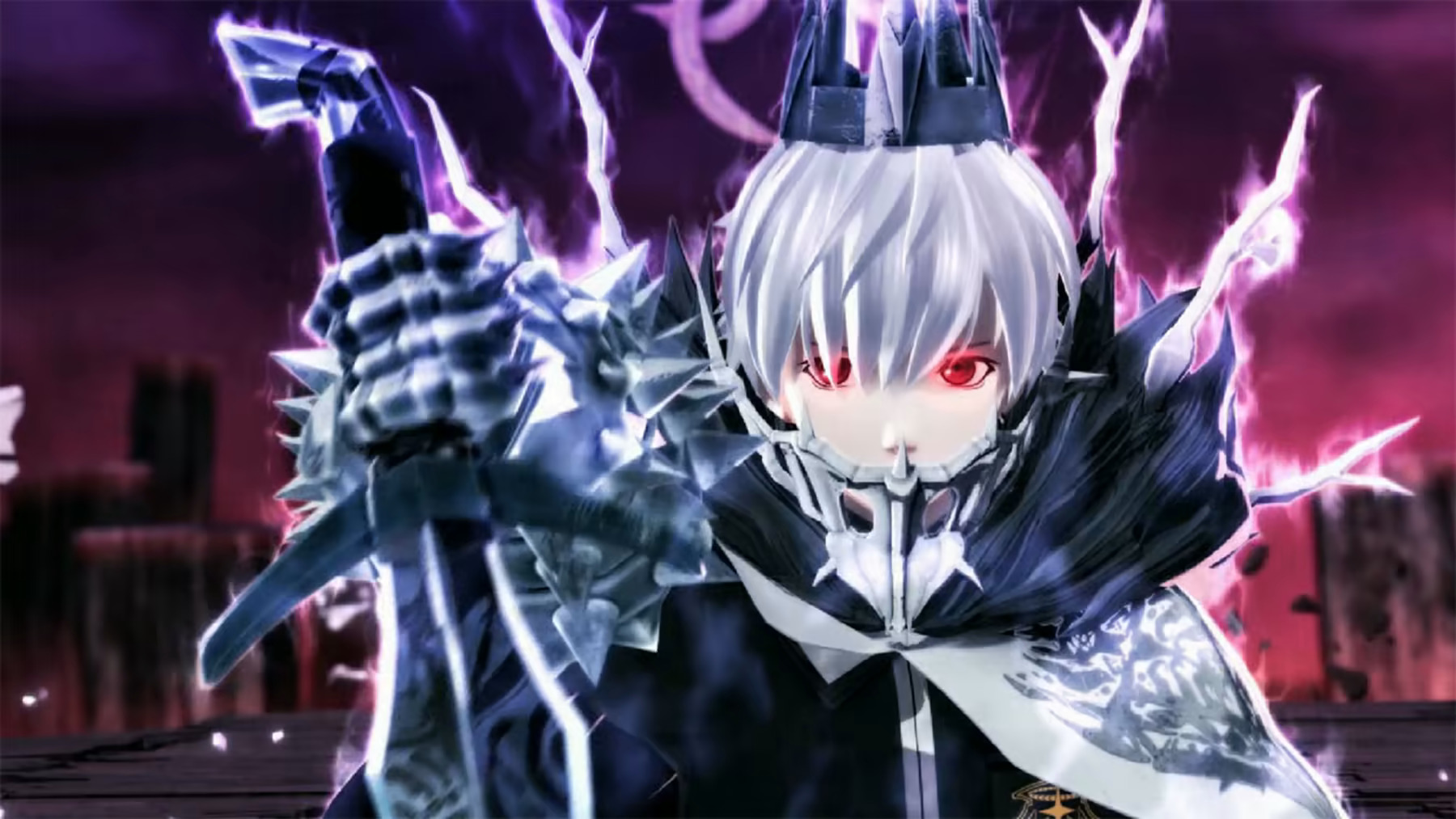 As much as I enjoyed the tactical elements of Monark’s gameplay, battles could be painfully long and slow, especially later in the game. Characters can only move freely within a set radius, meaning that entire turns can be dedicated to simply moving within range, causing the battles to drag out further. This is accentuated by how ridiculously difficult the game gets early on.

Monark makes use of a point-based system – you level up by spending spirit to unlock skills and traits. You earn spirit through dismantling objects, winning battles and finding it lying around the map. Since you need to spread it between yourself and your party, you’ll find that you never seem to have enough, especially when the cost of skills increases at such a drastic rate. As there are only three mandatory battles leading up to each boss fight, a huge amount of grinding is needed between each chapter just to progress through the game – something that really hinders its overall pace.

With a unique narrative that touches on our deepest cardinal sins, Monark has an interesting premise that doesn’t shy away from dark themes. Add an extensive battle system, chilling atmosphere and deep symbolism and you have the building blocks for a great JRPG. Unfortunately, repetitive gameplay, the need for excessive grinding and an overall lack of polish hold it back. 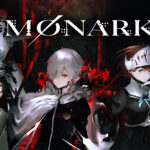 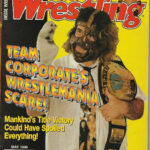 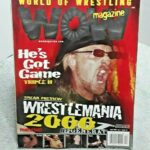