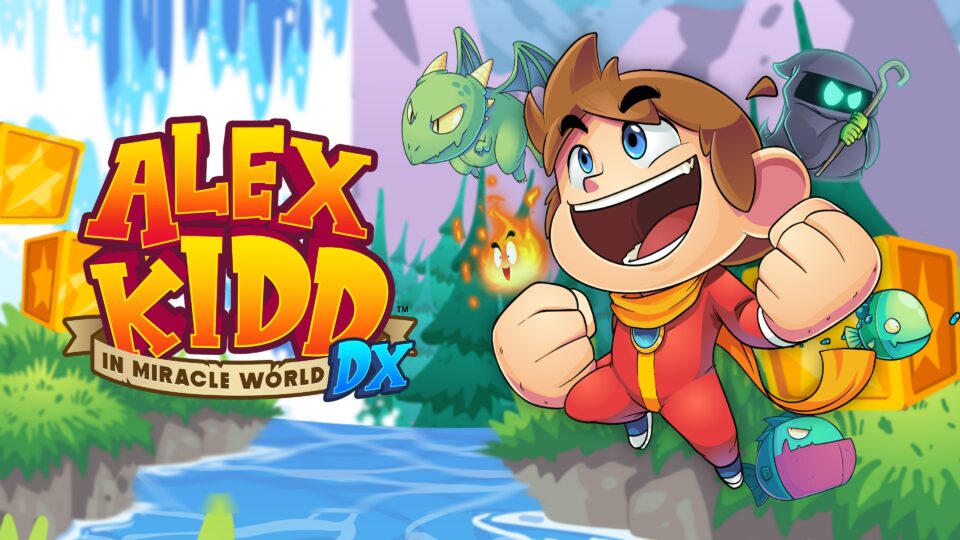 Remakes are a tricky thing. The beauty of doing a remake on a video game is to allow a newer generation to enjoy a game or series. It takes a beloved classic (or perhaps a misunderstood gem) and reworks it so that people can remember how great (or misunderstood) a game was. If done correctly, it can even make the series come back into the limelight and “return” the franchise into people’s consciousness. If done poorly, a remake does none of those things. A poorly done remake can make you realize just how weird, odd, and perhaps bad a video game was. Unfortunately for Alex Kidd in Miracle World DX, it falls into the latter. While the game’s visuals and audio have been given a nice upgrade, the game underneath is still a mixed bag. This is made even worse by some strange design decisions to completely change aspects of the remake. In short, it’s probably for the better you skip Alex Kidd in Miracle World DX. 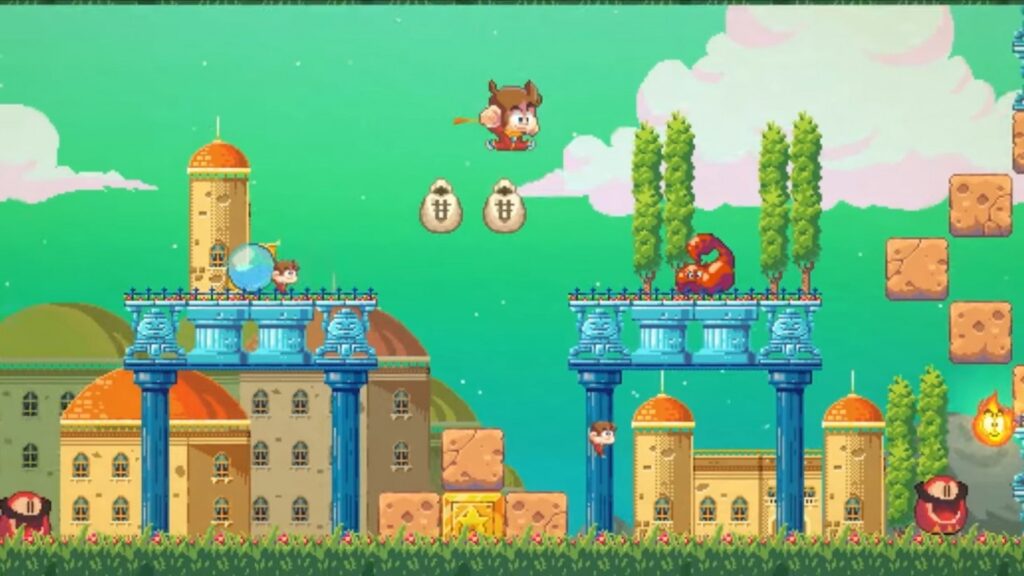 Alex Kidd in Miracle World originally released on the Sega Master System back in 1986. In Alex Kidd in Miracle World, you play as a young martial artist named Alex Kidd who learns that the villainous Janken the Great has defeated King Thunder and kidnapped his son, Prince Egle, and Egle’s fiancé, Princess Lora. Discovering that he is the lost son of King Thunder, Alex sets out to rescue the kingdom.

Alex Kidd in Miracle World DX does a very good job giving you a remade visual and audio experience. Right from the start, you can see the wonderful new art style the game has. For those who played the Master System original, familiar stages are given a beautiful lick of paint, creating something that you can tell is Miracle World but with a contemporary look. Sure, there are a few odd choices in the art design that may bug a few people (the generic map, specifically), but all in all, it’s a really beautiful look for the game.

The soundtrack has also been touched up in the remake. All the original tracks are here in new arrangements and with a handful of new songs included. This is a welcome addition because, let’s face it, the Master System original didn’t have that many songs. An even nicer touch is having the equivalent 8-bit versions available if you switch to “Classic mode” mid-game by holding ZR/RT/R2. Holding down that button actually takes the whole game back to its “8-bit” days. That said, there’s something completely off about this 8-bit version. It doesn’t feel or sound right. At first I thought this was my imagination; however, after booting up the SEGA AGES version of Alex Kidd in Miracle World, I discovered that the included 8-bit version of Alex Kidd is a broken ROM. The sound in the included 8-bit version is broken to the point where it plays the wrong sounds with the wrong actions. Plus, the 8-bit game runs very poorly. 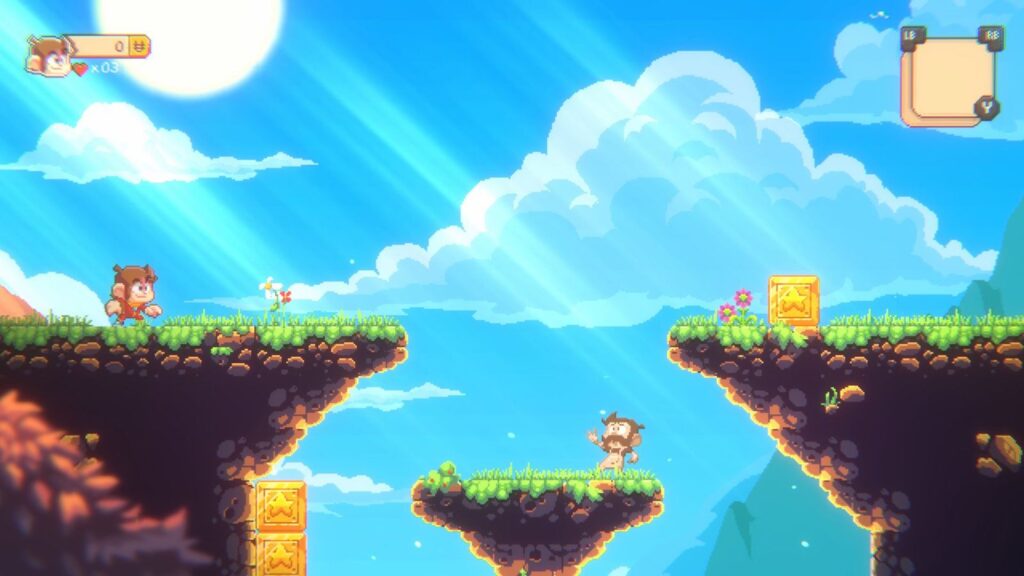 This kind of starts off the problems that Alex Kidd in Miracle World DX has. There’s kind of a reason why Alex Kidd went away after Sonic the Hedgehog was introduced as Sega’s mascot. Alex Kidd games were fun but weird, and this remake unfortunately highlights the weird more than the fun. Miracle World DX allows you to turn on infinite lives from the start of a game, a very useful option that you need to keep on. Miracle World DX is full of cheap deaths. Walk too closely to enemies, and you die. Sounds simple enough. The problem is that how close you are to an enemy varies greatly, even in the exact same level. This means that you might get really close to one enemy one time and die, then you might make it past said enemy next time, only to die by a foot or two to the next enemy. It’s somewhat frustrating considering the original 8-bit game didn’t have such a touchy system.

Another major issue of Alex Kidd in Miracle World DX is that for a remake, they change fundamental aspects of the original game to near unrecognizable degrees. Take, for instance, boss battles. This one time, the original 8-bit game had you punch a charging bull as it approached you. The challenge would increase as the bull would move faster and faster towards you. In Miracle World DX, this boss battle is completely changed. Now you have to wait for the bull to charge and jump over it with a perfectly timed jump. Then you need to make sure the bull crashes into a wall, which will stun him, and then you can attack him. This isn’t the only time Miracle World DX changes fundamental aspects of the game it’s remaking. It’s one of those things that will infuriate longtime or old-time Alex Kidd fans. 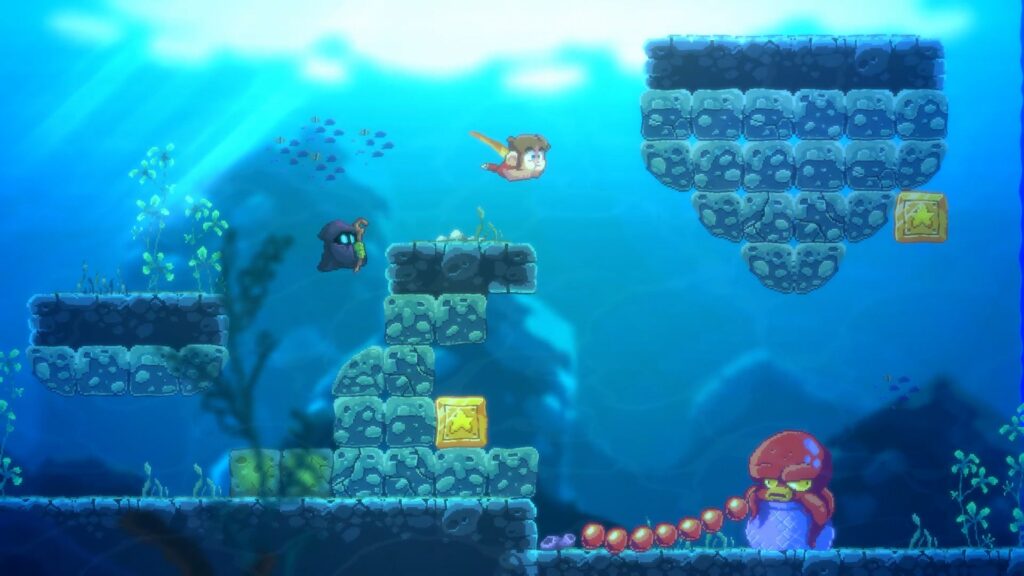 The absolute worst thing to me though is that once you finish, there’s absolutely no reason to go back and replay Alex Kidd in Miracle World DX. Completing the game unlocks Boss Rush mode, which has the aforementioned problem of fundamentally changing the boss fights from the original, and Classic Mode (which I mentioned above is a broken ROM version of the original Alex Kidd). Neither mode is good as the boss fights, nor is the Classic style that fun or interesting to begin with. Maybe if the Classic version of the 8-bit game was ACTUALLY the original 8-bit version, then there’d be a reason to replay the game. However as the game is, there’s nothing compelling you to play the game again.

Alex Kidd in Miracle World DX, sadly, is a game made for no one. Longtime Alex Kidd fans will not be happy with the changes made to key aspects of the game in DX. Plus, add in the broken ROM version of the original and there’s nothing for series fans. There’s also nothing for newcomers to the series either. The game uses so many cheap deaths that it becomes a real frustrating experience. People jumping in to see or learn about a “classic” series will see a hard, unfair game that they won’t want to go back to. While the game has its positives, I can’t recommend you play Alex Kidd in Miracle World DX. Save yourself some money, as well as much frustration, and go buy the SEGA AGES version of Alex Kidd in Miracle World. It’s a much better experience for a much cheaper price. 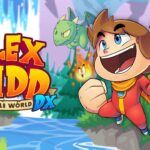 Gaming Respawn’s copy of Alex Kidd in Miracle World DX was provided by the publisher. 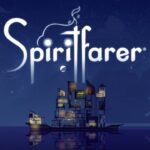