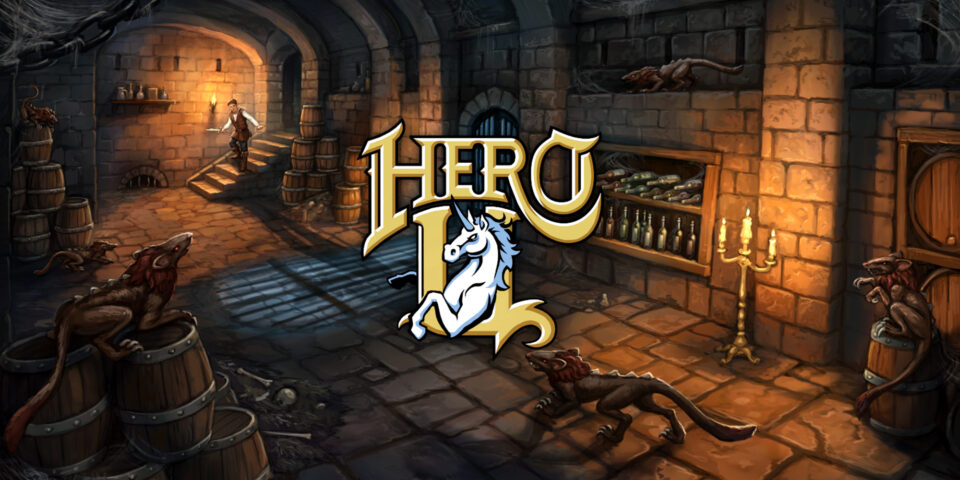 From the team behind the old Quest for Glory series comes Hero-U: Rogue to Redemption, a game that, despite not being a direct sequel to Quest for Glory, shares many of the same defining attributes. Hero-U: Rogue to Redemption originally released back in July 2018, but it has now been brought to the Nintendo Switch, giving both pre-existing fans and new players a more versatile way to experience the game.

For the most part, the Switch is a great platform for Hero-U: Rogue to Redemption, but there was one thing that frustrated me – the movement. As a point-and-click adventure, movement is achieved by, you guessed it, pointing where you want to go and clicking. This might work well on PC, but when it’s applied to the Switch, it makes movement a little awkward and clunky, especially when you’re trying to sneak around.

Everyone loves a good story about heroic exploits and daring escapades, but what I truly find interesting is the reluctant hero archetype. Not every hero wants to be a hero, and they certainly don’t always start off that way. Hero-U: Rogue to Redemption explores this zero to hero kind of journey with a beautiful combination of explorable 3D environments and 2D painted illustrations.

When we’re first introduced to wise-cracking protagonist Shawn O’Conner, he’s a wannabe thief with no real thief-like skills. That doesn’t stop him from trying to join the Thieves Guild though. His initiation, of course, doesn’t go as planned. Rather than making it away with the goods, he’s caught by a mysterious man with a beard and eye patch. He’s given a choice – accompany him to Hero University or end up in prison. You can choose to run away, but as you can probably guess by the title of the game, it’d be a pretty short-lived game if you don’t even make it to Hero University.

The game truly kicks off when we reach the Hero University – a very Hogwarts-like castle that I would love to attend. After a rather unpleasant meeting with the university’s administrator, Mr. Terk, who makes it very clear that he not only dislikes Shawn but will take any chance he gets to expel him, we get to meet our new class and teacher, Master Von Urwald. Since Shawn is deemed to have very little potential to be a hero, he’s placed in the Rogue Class – a class so frowned upon that only the staff know of its existence. To everybody else, it is known as the Disbarred Bards class, which brings us to the first rule of Rogue Class – there is no Rogue Class.

Class Is in Session

Hero-U runs over a fifty-day time period in which time actually passes in-game as you play. Despite this, for the most part, you’re free to do what you want. Most days you’ll attend your ‘disbarred bards’ classes where Master Von Urwald will teach you the ways of the rogue. If you do well enough in your exams, you’ll be able to choose an elective class out of science, first-aid and magic – all classes that will aid you in combat and exploration through the creation of traps, medicine and runes. You’ll need these because combat is a little tricky. Shawn isn’t in one of the more combat-orientated classes. He’s a rogue, and the game encourages you to take a more strategic, rogue-like approach to fighting.

Admittedly, this was a little frustrating for someone like me who tends to go charging into combat without much thought, but I got used to it. Enemies rarely come at you one-on-one, and given the turn-based nature of Hero-U’s combat system, if you try to rely purely on your physical ability in a fight, your health is going to go down pretty quickly. There were times that I took a swig of a healing potion, only to be in the exact same state or worse by the time my next turn came around, but if you use a combination of traps to immobilize enemies, runes that affect them in different ways and items to damage them, victory is more likely. Most encounters can even be avoided altogether if you play your cards right.

Time not spent in class can be spent improving your rogue skills. The training room can be used to improve skills such as combat, defence and throwing, to name a few, by interacting with different pieces of equipment. Similarly, if you want to improve your lock-picking skills and practice disarming traps, you can do so in the lock room – interacting with things in either of these rooms will cause a set amount of time to go by. Other skills, such as stealth and perception, can be improved just by sneaking around and listening at doors. You’d better make sure Terk doesn’t catch you, though, because Hero-U uses a demerit system – rack up 100 of them, and you’ll be out.

You can also spend time with your peers. Hero-U uses a reputation system by which you talk to other characters, and their opinion of you increases or decreases depending on how the conversation pans out. This is how you’ll learn of character-specific quests. These can easily be missed as they’re time sensitive, but not completing them won’t hinder your progress in any way. These quests do, however, add some extra backstory to your classmates and improve their opinion of you, so they’re worth tackling, if you can. Other tasks are either given to you by your teacher or uncovered throughout exploration.

As Shawn is essentially there on probation, unlike other students, he isn’t allowed to leave the castle grounds. There is still plenty to explore though, from the secret passages that make avoiding Terk easier to the sprawling underground sea caves. While the map isn’t exactly huge, I still feel the game would have benefitted from some sort of fast travel function because going back and forth on foot got a little repetitive, especially when enemies are blocking your path and you don’t want to fight them.

Money is a little tricky to come by in Hero-U: Rogue to Redemption. You start with nothing, but that doesn’t stop Terk from demanding you buy yourself a school uniform. If he sees you without it too many times, he’ll be quick to hand out demerits, but there are a few ways to earn the cash you need to buy it. One way is to work in the kitchen, and the other is to kill the drats down in the cellar and sell them – neither pay that well, but every little bit helps. You can steal too, but you have to weigh up how rogue-like that would be.

Unfortunately, your uniform doesn’t provide an awful lot of protection, so if you’re exploring, you’ll want to change into something more suitable, if you can, but be sure to change back into your uniform after. It’s a nice touch that characters comment on your appearance – the same goes for showing up to class half-dead, as I found out – leading to some funny interactions with your peers, but it’s not worth the demerits. While it’s a little annoying to have to keep changing back into the official school uniform, it’s these little details that add to the game’s charm.

The Results Are In

Despite the relatively clunky movement and learning curve when it comes to combat, Hero-U: Rogue to Redemption is a truly enjoyable adventure full of great characters (not you, Terk) and witty dialogue. Despite not being a direct sequel to the Quest for Glory series, it’s definitely a worthy successor that’s well worth looking into. 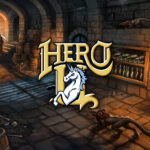 Gaming Respawn’s copy of Hero-U: Rogue To Redemption was provided by the publisher. 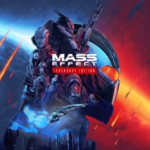 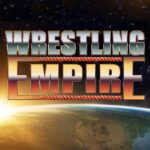