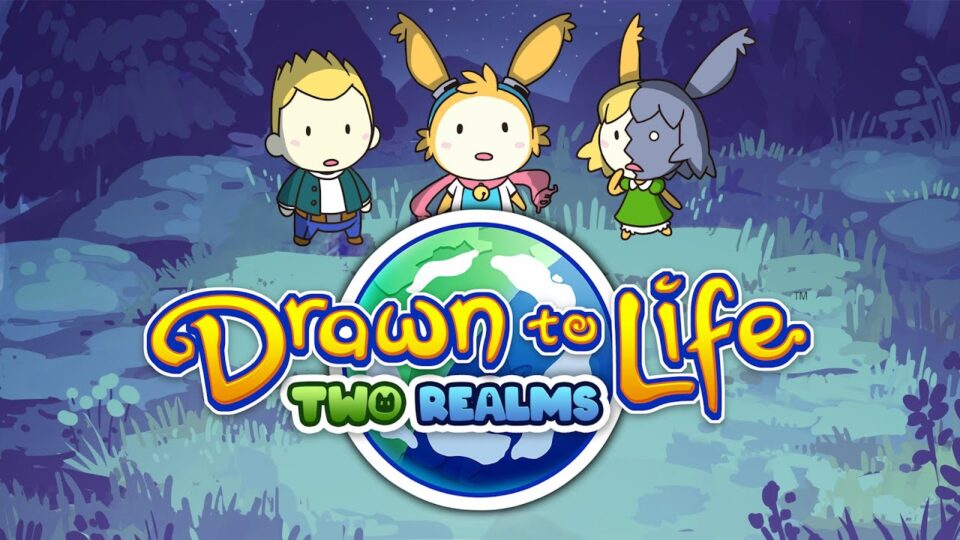 If you grew up during the early 2000s, you’re sure to have come across Drawn to Life. The original released in 2007 on the Nintendo DS, and the creativity on show was amazing. It let my imagination run wild; drawing the sword I was going to use to attack the enemies coming my way, creating a platform that I needed to clear a gap. When I heard about a new game coming to the Nintendo Switch, I was so excited, hoping this game would transport me back to 2007. Drawn to Life: Two Realms moves from a 2D action-platformer to a more puzzle-focused entry.

It’s good to start things on a positive. Drawn to Life: Two Realms is absolutely beautiful; character models have a cute aesthetic, and the palette of colours is nothing short of phenomenal. The two hub worlds, while uneventful to explore, are a joy to look at. There is just so much character on here, little details like how foliage animates stand out in my mind. Music is also brilliant, there’s a nice mix of calm tunes while moving around the overworld to harsher, faster beats during the difficult levels. 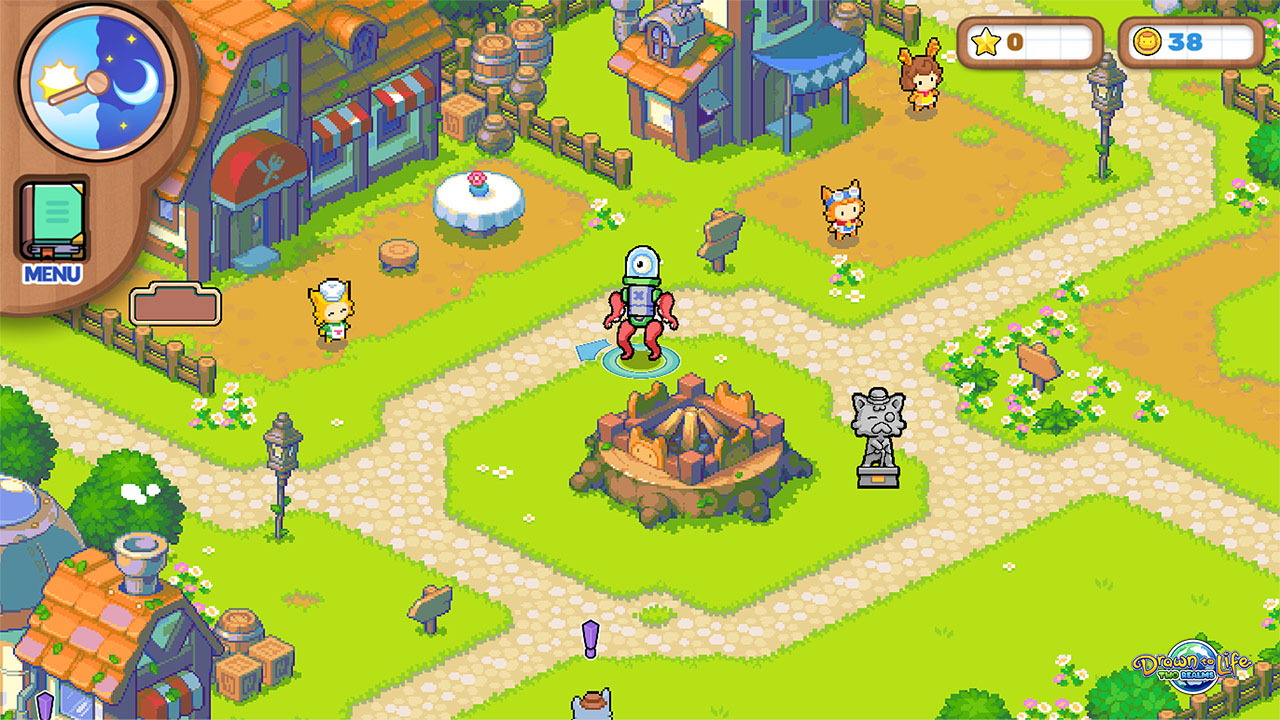 Hands down my favourite part of the visual presentation are the enemy models. Just like everything else in the game, they are extremely colorful, but the thick outlines make them pop out from the backgrounds of the level. I was blown away by the overall presentation here, but unfortunately, the rest of the game was rather underwhelming.

The story is a follow-up from the previous titles. I only ever played the original, so I have no investment in the story. Honestly, I couldn’t tell you what the story was about. It starts with a little synopsis of the previous titles, but it fails to have any real intrigue. As you journey across the two hub worlds, you meet characters from the old games, but the sheer amount of dialogue in the game kills the pacing, and none of it was all too interesting. 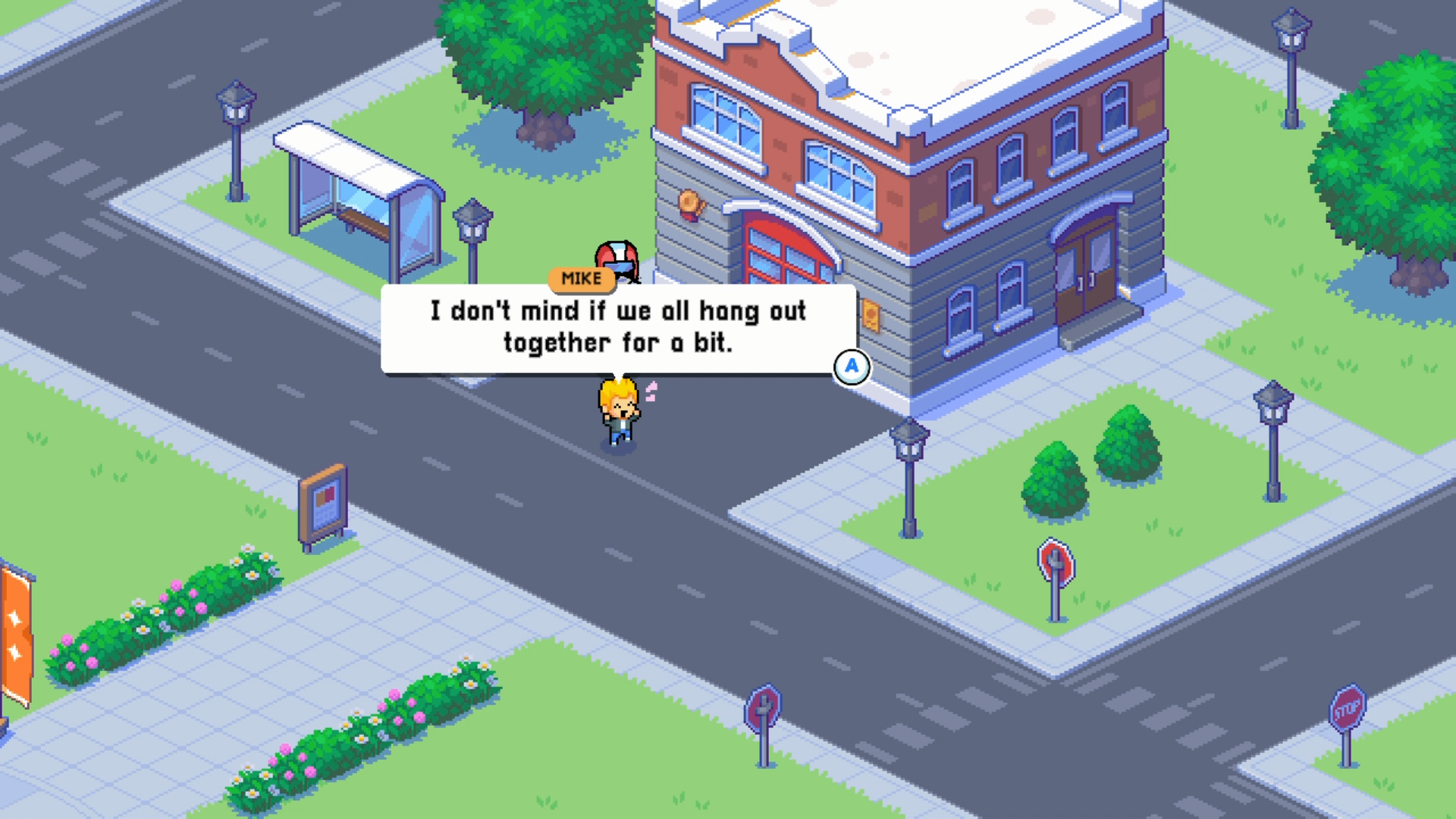 I wish I could say the game gets better here, but sadly, that isn’t the case. Drawn to Life: Two Realms opts for a puzzle platform gameplay loop, and its execution is poor, to say the least. After each conversation, you typically have to help a character by completing three levels. How they are set up is interesting, but the gameplay boils down to puzzle platforming that is either too easy or too obscure. When the levels are at their strongest, the first two of the three are pre-built levels that you must navigate, usually teaching you a new mechanic or way to use an enemy to get to the end. Then, the final level gives you the chance to place the enemies to best complete the level. In some instances, the previous two levels teach you exactly what you’re supposed to do, and you get a nice sense of accomplishment. However, the rest of the time, they become a frustrating mess, oftentimes leaving out mechanics that are integral to beating the level. 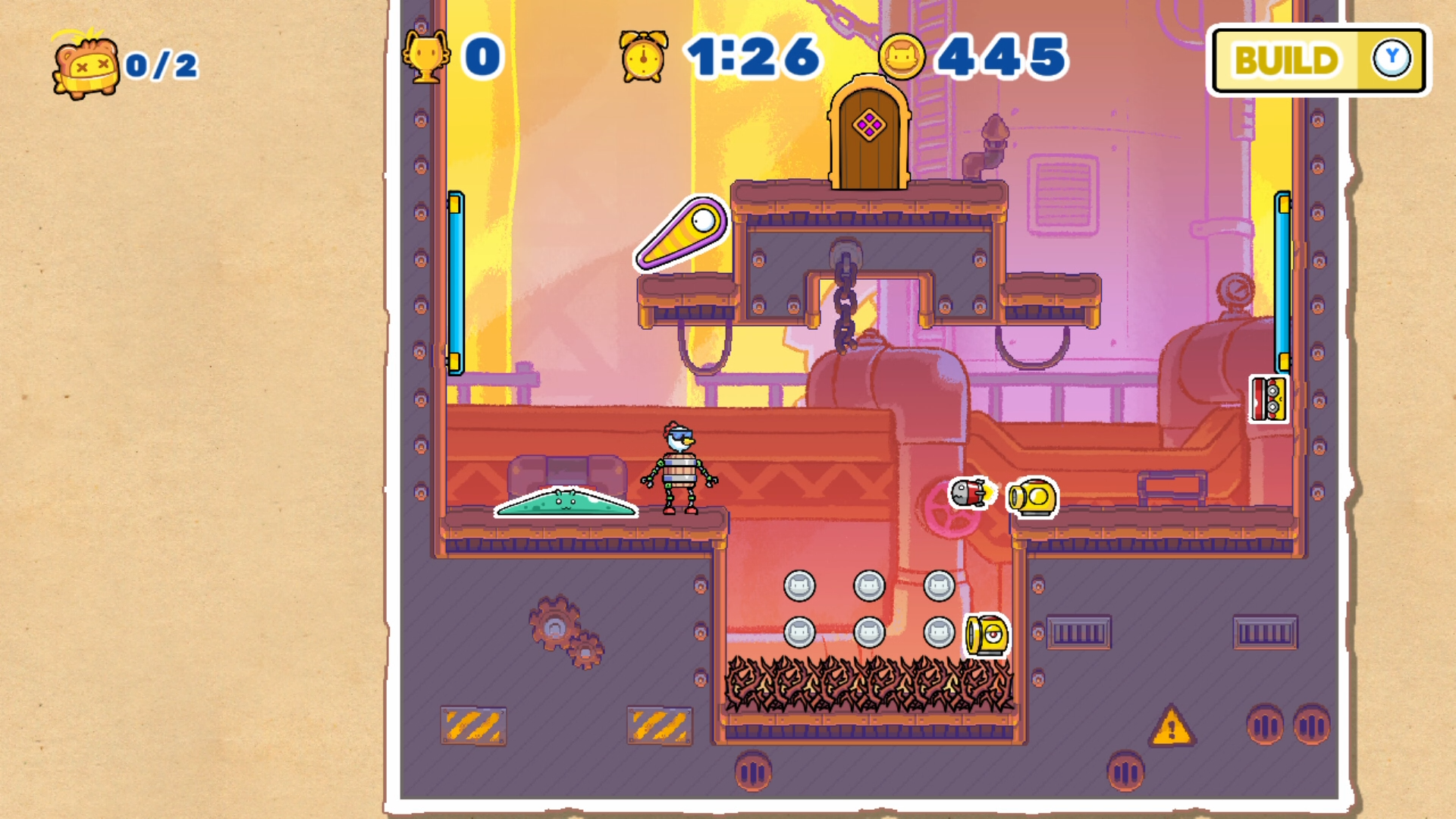 When you’re not in the main levels, you are doing one of two things: exploring the beautifully created hub world or completing side objectives for the townsfolk. While the hub world is a treat to look at, exploring it extremely uneventful, and matched with the painfully slow movement speed, this gave me little to no incentive to explore. The side objectives are scored levels with three different completion bonuses, the first two typically being money and the third a new item for the character customisation. The big issue with the side levels is they boil down to one thing: kill all the enemies and get a high score. There is a one size fits all method for these; use this enemy that infinitely spawns projectiles, jump on them to get your desired score, then leave the level.

If the game incentivized you to collect coins, then this wouldn’t be too big an issue, but the worst thing about this game is the creation tool. The tool itself is great, you can really let your imagination run wild, and it would be perfect for a kid. However, the only reason for using the creation tool is to create your character, which has absolutely no bearing on the game. In the original you created things that affected the gameplay, you could make your sword that would aid you along in your adventure. This was the reason why I was blown away as a child, and the game fails to create any meaningful uses for the creation tool. There is the odd item you make, like a statue in the middle of the town or a fishing rod for a fisherman, but they had no use outside of aesthetics, so I never used the creation tool, nor did I go out of my way to collect coins to buy items to use in the creation tool. The options available in the creation tool are amazing, but the lack of touch controls on the Nintendo Switch turned any precise brushstrokes into a frustrating experience, so I never got too deep in creating my character. 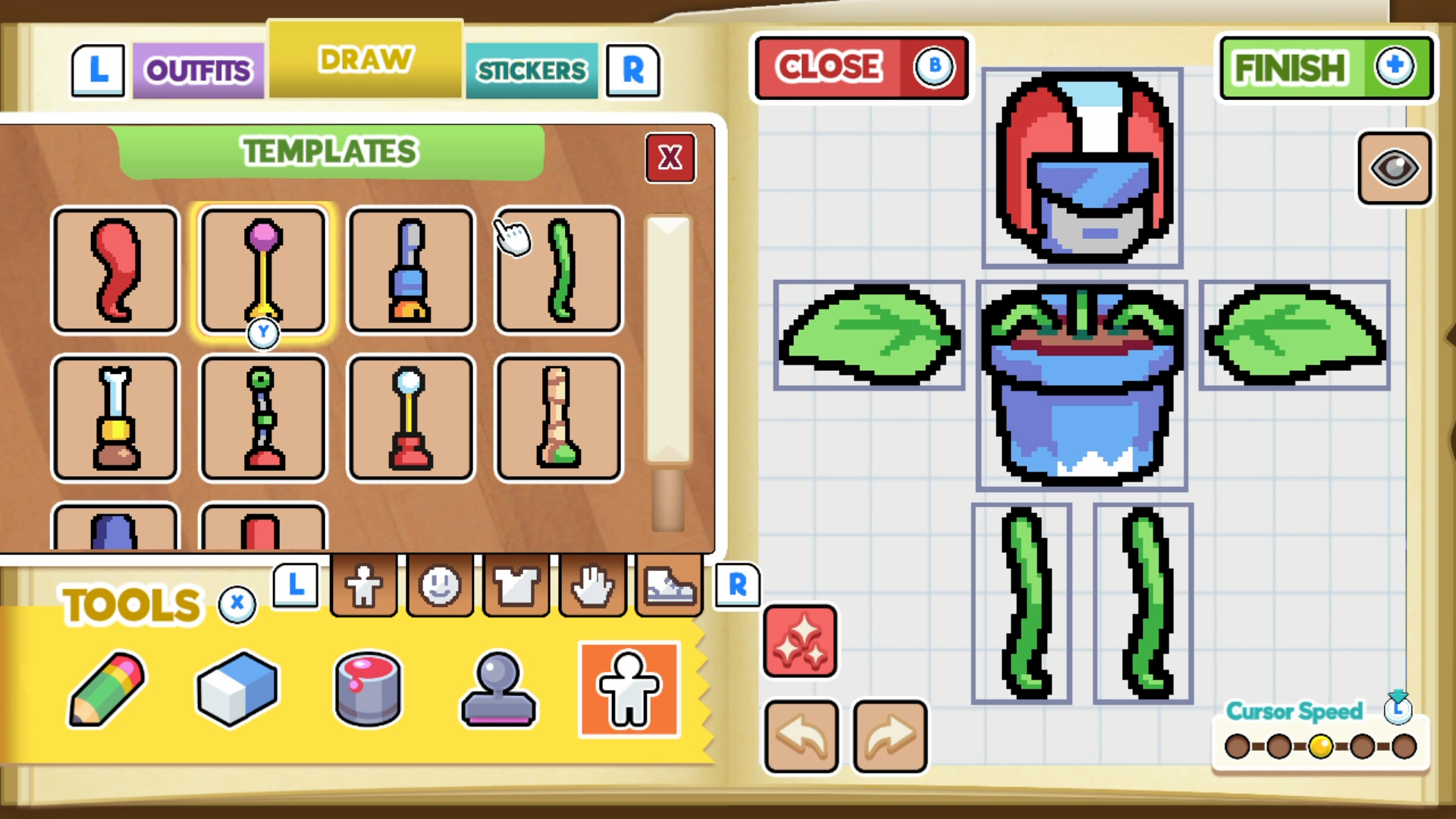 The only thing Drawn to Life: Two Realms accomplished is its presentation. There are better puzzle platformers out there that are worth your time. I had a frustrating time with this game. It felt as if I was spending more time reading dialogue than actually playing levels. Ultimately, it was the pacing and lack of story intrigue that had me stop playing. Considering how frustrated I got, I can only imagine how difficult this game would be for a child. I might just be bad at puzzle platformers, but this game does not seem to be aimed at children, so I don’t understand who the target demographic is. I’m disappointed, I was hoping it would recreate the feelings I had back when I was nine. 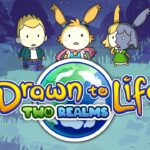 Gaming Respawn’s copy of Drawn to Life: Two Realms was provided by the publisher. 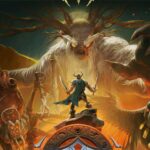 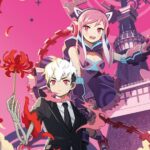