First-person action platforming games are my jam. I can remember spending so much time playing Mirror’s Edge, loving the immersive feel of the adventure. When done right, the gameplay is fast and fluid. When done wrong, it’s a frustrating mess that never sticks the landing. Even the Mirror’s Edge franchise has seen both the right and wrong ways of doing this style of game, which brings us to Ghostrunner, a new game in the first-person action platforming genre. Its unique cyberpunk aesthetic certainly pulls you in from first glance. Although not perfect, Ghostrunner is a fast, fun and brutal experience you’ll want to check out. 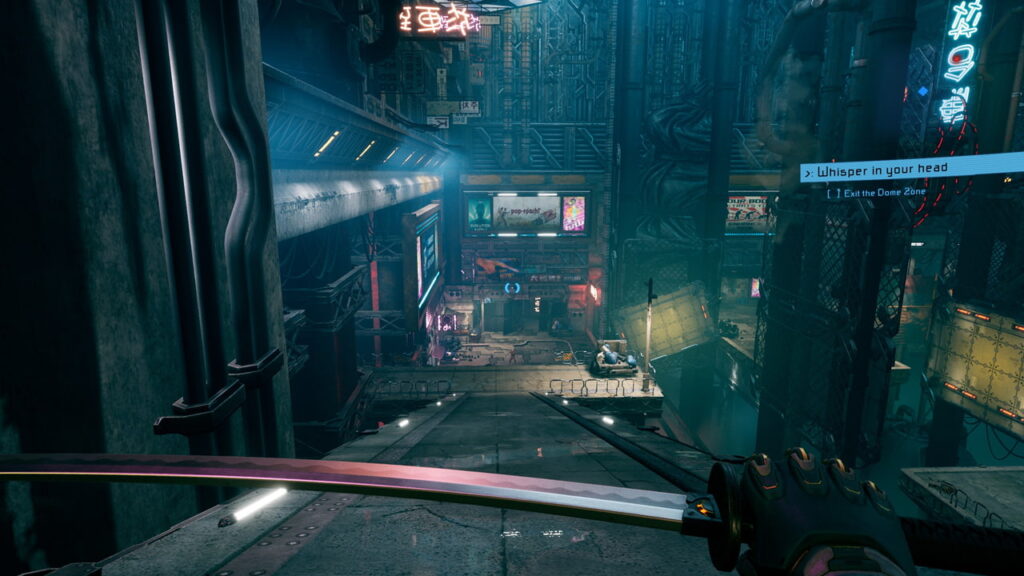 Set in a grim, cyberpunk megastructure, you play as the Ghostrunner. The Ghostrunner is the last person who can stop Mara the Keymaster, who rules over Dharma Tower with an iron first and no regard for human life. Your task is to make your way up from the bottom to the top, confront the Keymaster and take your revenge.

One of the things I really like about Ghostrunner is its gameplay. Like I mentioned in theh first paragraph, first-person action platforming games can be tough to nail. Its gameplay has to feel fast (like you’re controlling the person), fluid and fun. Ghostrunner nails this by being fast in your every move. Right off the game teaches you about speed, how to gain speed, keep speed and continue. At first it almost felt like the game was moving too fast. With a little time, you realize that in order to survive, you need to learn how to chain movement together. Most platforming sections involved building speed with a dash or slide, jumping up on a wall, wall-running, jumping, and then dashing forward to the next platform. It’s fast and fluid.

This speed is also critical in combat. Ghostrunner features a one-hit kill style of gameplay, which means your every move matters. Chaining together a slide, dash, wall run, and slicing an enemy is strangely perfect feeling when you play. Even more fun is doing all of that and then having to get creative to take down the next 6 people in the room. It creates a sort of puzzle-solving mechanic to the game. You instantly respawn if you die (which you will do quite often), and this death usually gives you the opportunity to figure out the puzzle. How do I take out that guy on the balcony while avoiding getting shot by the 2 guys on the stairs, while simultaneously avoiding the other guy behind that wall? It’s an interesting element to the game that involves plenty of trial and error. Solving this puzzle can border on frustrating but somehow still feels rewarding once you figure it out. Ghosturnner also does a great job setting up an interesting cyberpunk world. When you start your game, you really have no idea who you are or what you’re supposed to do. Yet the game shows you a nice cyberpunk-style future world that makes you want to explore it all. Even though the game may take place in a single megastructure, each area of the structure is interestingly designed and varied.

My biggest problem with Ghostrunner is that it can feel unfair more times than not. The one-hit kill style gameplay is fun and involves a lot of trial and error. Yet the game at times borders on making this aspect of gameplay not fun. It’s easy to get through part of a room, taking out enemies, only to die to an enemy behind a wall you never realized was there. Or you continue to die to the same enemy again and again, despite your best planning. One area, for instance, took me 43 tries to get past. The issue? Despite trying nearly every combination my brain could think of, that same stupid enemy on the wall kept shooting me. Eventually, I tried some complete and utter nonsense technique that somehow worked. Yet I didn’t feel rewarded for trying that, it felt like I somehow cheated the game and finally moved on.

The other issue with Ghostrunner simply has to do with the Switch port. Playing the game on Switch is good but not fantastic. The obvious visual downgrades to get the game to run on Switch aren’t immediately apparent when playing the game in handheld mode, although you can see the detail quality lessened when looking at buildings and walls. Playing Ghostrunner on your TV screen makes these visual downgrades very apparent. It’s not a game-breaking problem, but it definitely makes the Switch version the worst looking version (Ghostunner is on PS4, PS5, Xbox One, Xbox Series X|S and PC). While I think only the PC version looks stunning, the Switch version is a little rough. That’s not to mention the fairly rough frame rate issue. While the game runs nicely on other platforms at 60FPS, the Switch version normally maintains the mid-20s. It doesn’t break the game, but it’s a noticeable problem. 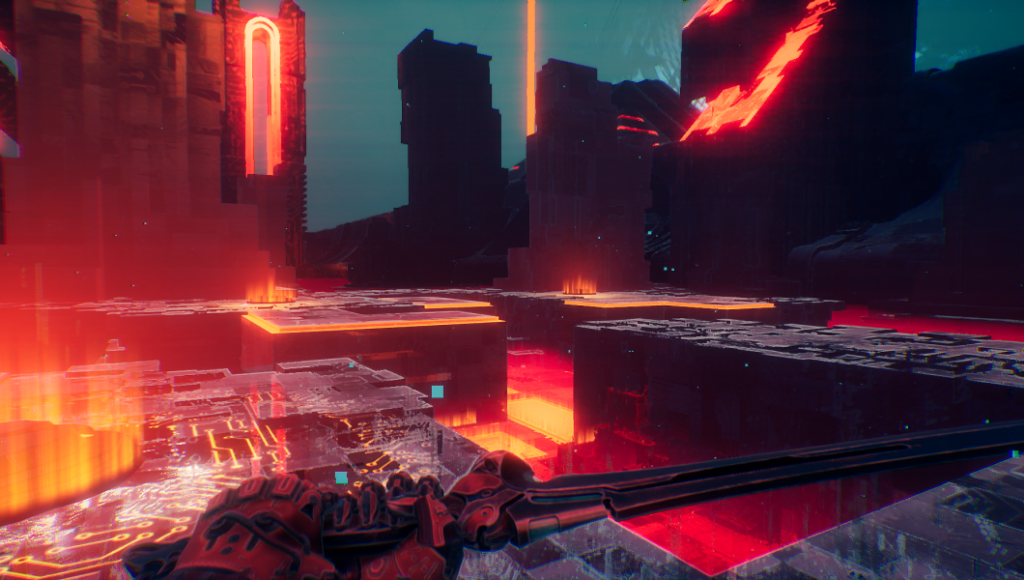 Lastly, Ghosturunner falls into a not too long but somewhat too short kind of game. It doesn’t overstay its welcome, I was able to finish the game in just about 8 hours. On the surface that doesn’t sound bad, but the problem is that Ghostrunner builds itself up, then once you finally feel like you got the hang of the game and all the unlocked mechanics, the game is over. It’s not a bad thing as games that overstay their welcome aren’t fun in my book. It’s just that Ghostrunner feels like it comes up short just as it reaches its best points.

Publisher: All In Games, 505 Games Gaming Respawn’s copy of Ghostrunner was provided by the publisher.