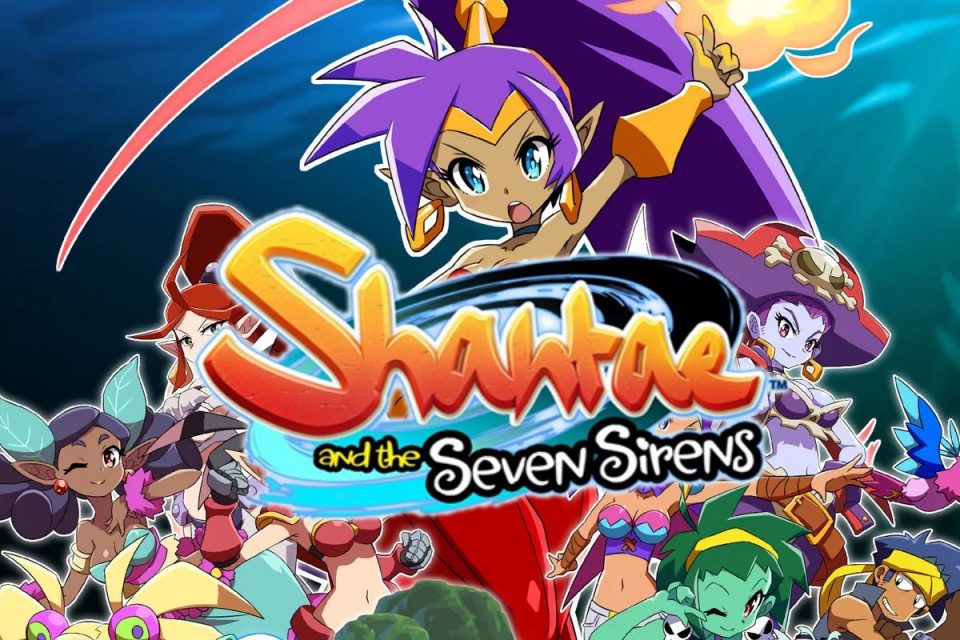 The Shantae series has grown considerably in popularity over the past 5 years, to the point where its name is almost synonymous with independent games as a whole, defining an era of indie 2D platformers/Metroidvanias. Despite this, Shantae has been around for a while, starting her adventures on the Game Boy Color in 2002, with Capcom publishing. It wasn’t until 2010 with the advent of independently released digital games that the Shantae series really came into its own with Shantae: Risky’s Revenge for the DSi eShop, leading to a series revival that finally cemented Shantae as an indie gaming icon.

2016’s Shantae: Half-Genie Hero was the series’ first major departure from its Metroidvania structure of the prior three entries, stripping the gameplay back to a more traditional 2D style with Metroidvania elements. This turned out to be a major success for developer WayForward as the game was both a major success during its Kickstarter campaign but also went on to become a critical and commercial success. With this, you’d think that the sky’s the limit for WayForward coming off of the most successful and undeniably ambitious entry in the series so far; however, the team’s newest entry, Shantae and the Seven Sirens, is a return back to the Metroidvania approach found in the prior entries, which isn’t an inherently bad thing. However, Seven Sirens ultimately ends up feeling like the series’ least ambitious outing yet. 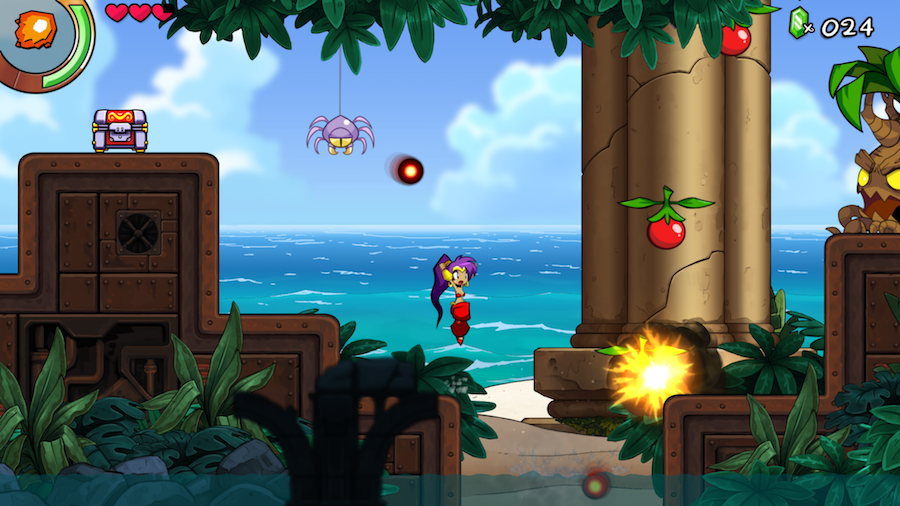 Shantae and the Seven Sirens begins with Shantae and her friends setting off to Paradise Island for the annual Half-Genie Festival, during which the other half-genies are kidnapped. Discovering that her arch-nemesis, Risky Boots, is on the island and may be responsible, Shantae sets out to stop her while also discovering the secrets of Paradise Island’s sunken city. The game returns to the traditional Metroidvania style from the earlier entries, with the player traversing Paradise Island and unlocking more areas as they learn new transformation abilities by completing Zelda-style dungeons. After completing each dungeon, Shantae is also tasked with completing some sort of side activity to unlock a Siren ability, a power that allows her to manipulate something in her surroundings, such as summoning a bolt of lightning to power up a wind turbine or revealing a hidden platform. While these would be considered the biggest innovations introduced in Shantae and the Seven Sirens, they act as nothing more than extra abilities to go alongside the transformations, a series staple.

While the general flow of finding a dungeon, gaining a new ability and completing a task to gain a new Siren ability feels rather familiar at this point, given that this is one of the longer entries in the series clocking in at 8 hours to complete or roughly 10 hours to 100%, the game ever so slightly begins to outwear its welcome by the end. It is, however, held up by WayForward’s ever-present excellent level design and constant sense of progression that defines the Shantae series and always makes it so approachable to newcomers. 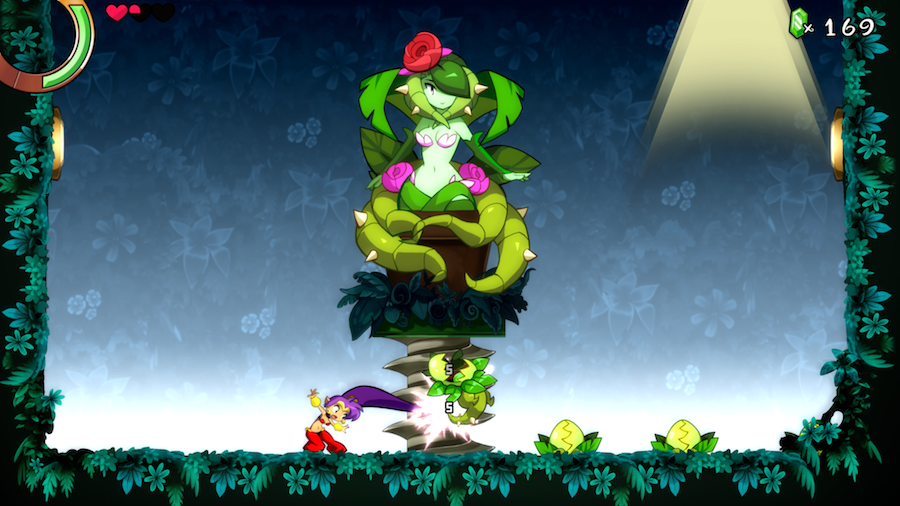 Also introduced in Seven Sirens are monster cards, which can be acquired by either trading collectable gold nuggets with NPCs in each town the player visits or simply by defeating enemies. These grant the player certain stat buffs or abilities, such as increasing Shantae’s attack power, allowing the magic gauge to replenish over time, or not taking health damage from insta-kill spikes. These abilities are appreciated, but as with mechanics like this found in other games, once the player finds a setup that they like, it’s easy to forget that this mechanic even exists.

While Shantae and the Seven Sirens clearly doesn’t have the production values of its predecessor, Half-Genie Hero, the game does leave an excellent first impression with an opening cinematic animated gorgeously from the anime studio behind Kill la Kill, TRIGGER (who also previously animated cutscenes for LabZero’s Indivisible last year). While the game itself features animated cutscenes that tie the story together, these cutscenes are a considerable step down in quality from the opening and feature some rather rudimentary animations; they are very fleeting and only happen to tie important moments of the narrative together or introduce bosses. The game itself adapts the cartoonish art style found in Shantae: Half-Genie Hero with anime-style portraits similar to Shantae and the Pirate’s Curse in a way that feels surprisingly natural. The game’s overall visuals feel like a step back from Half-Genie Hero’s incredibly polished and stylised 2.5D art style that WayForward has used in other titles, such as Mighty Switch Force! and DuckTales Remastered to excellent effect. The game’s character designs are all bursting with personality as usual, and even the NPCs feature memorable designs to set themselves apart. The only issue with the game technically is that on Nintendo Switch the frame-rate can take a hit when there are too many effects, such as explosions, taking place on screen. However, it never feels too disruptive to the gameplay. 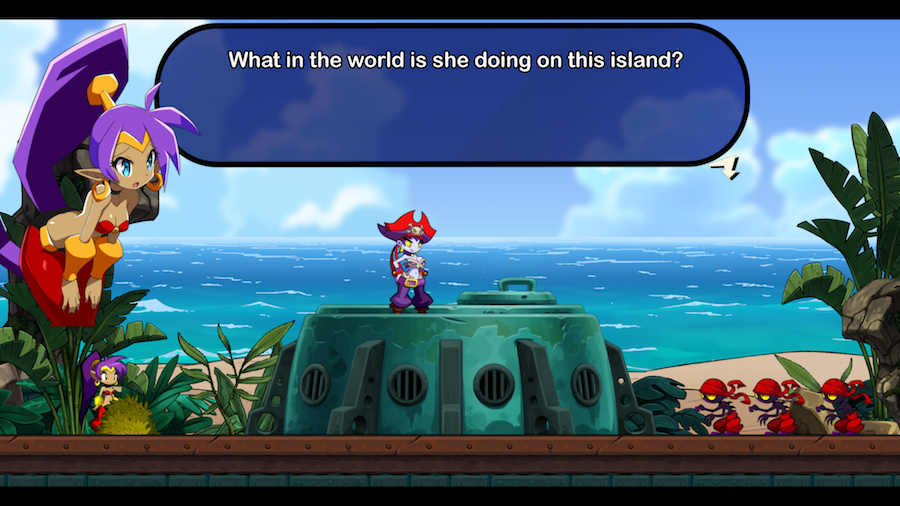 The game also features the return of the voice cast with a surprising amount of voiced dialogue. This voice dialogue can come off as jarring though as, strangely, only certain phrases scattered throughout conversations are voiced, meanwhile almost every animated cutscene features fully voiced dialogue; however, the lip-synching is never particularly great. Another aspect of the game’s sound that needs to be mentioned is the soundtrack as Shantae and the Seven Sirens is the first entry in the series not to feature music from series composer Jake Kaufman, and his absence is sorely missed. While the tracks present in Seven Sirens are by no means bad, they do lack the memorability of previous entries’ music, and certain tracks become somewhat repetitious near the end. It’s yet another step down from the previous entry as Half-Genie Hero featured some career-best tracks from Kaufman, which is saying a lot considering his pedigree.

In the end, Shantae and the Seven Sirens ultimately ends up feeling like the least ambitious entry in the series yet, falling into old habits after Half-Genie Hero set the series on a new, exciting path. Feeling like the most by-the-numbers entry yet, Shantae and the Seven Sirens is held up by a loveable cast of characters, WayForward’s hallmark excellent level designs and a presentation that stands above most other indie Metroidvanias yet still manages to regress from the previous instalment. 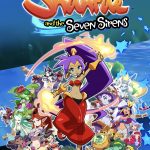 While delivering a fun adventure with a good story and presentation in its own right, there's no escaping the fact that Shantae and the Seven Sirens feels like an underwhelming step down from Half-Genie Hero, ultimately feeling like the least ambitious entry in the series to date.

Gaming Respawn’s copy of Shantae and the Seven Sirens was supplied by the publisher. 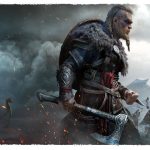 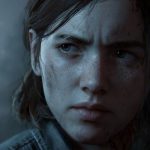