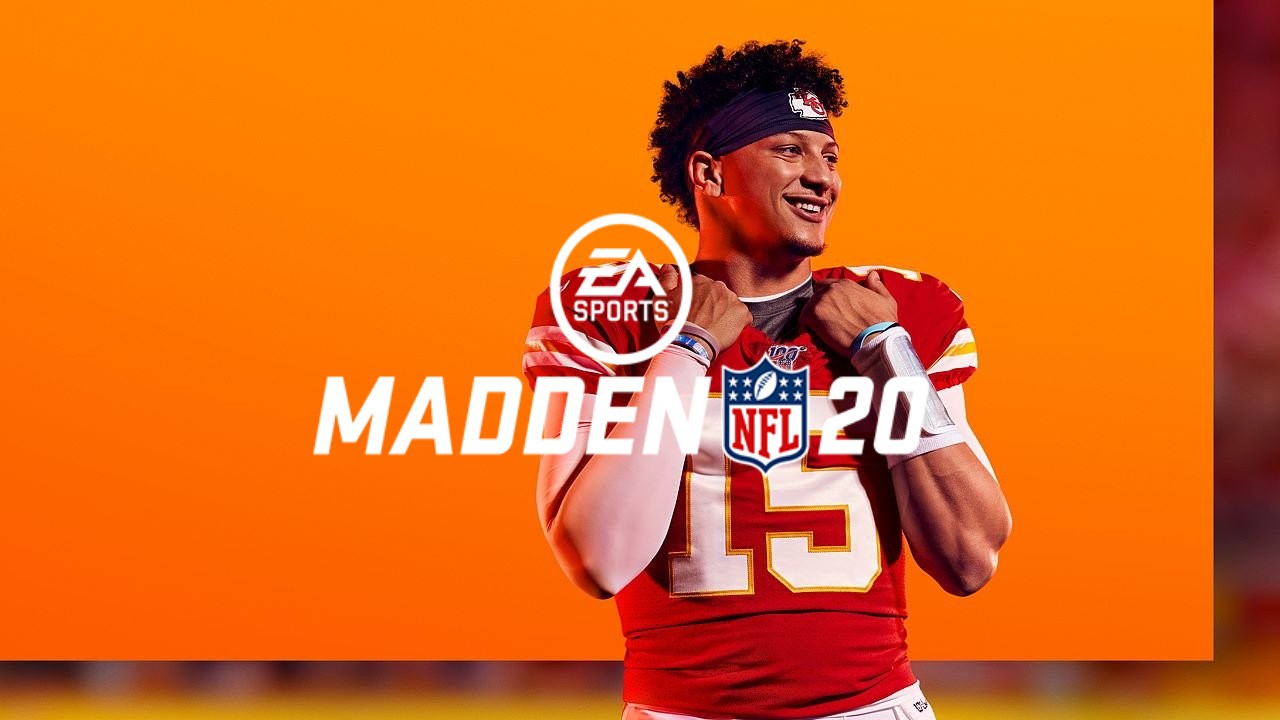 Year after year, whether you love or hate changes made to any of EA Sports’ franchises, there is always one that manages to top last year’s iteration year-on-year. Madden NFL is the most accessible and definitely the most engaging American football series available today, and it is also a series that continues to improve upon itself and thrive. After learning this extremely intricate yet clever sport, I have been hooked on the Madden NFL games, and it’s no different with Madden NFL 20, the latest entry to this fantastic series. So how can EA Tiburon top last year’s top notch, excellently received game? Well, with a few more tricks up its sleeve, I’m happy to say that Madden NFL 20 is the best American football game available and probably the best we’re going to see in this generation of video games. 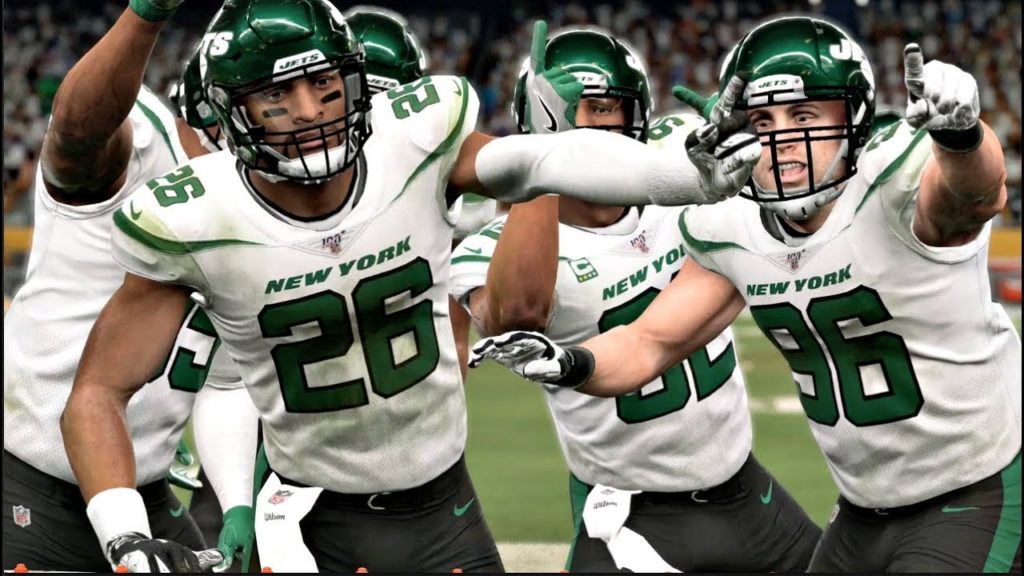 This year, EA Tiburon have made a daring change. Madden NFL 18 introduced a story mode that was similar to the Journey mode seen in FIFA. It followed the story of Devin Wade and Colt Cruise as these illegitimate brothers rise to the top from the ground up, no matter the cost. The story continued in Madden NFL 19, but this year EA have extinguished Longshot mode in favour of QB1, a kind-of watered-down version of Longshot that requires you to create your very own player using a simple creation tool. Afterward, the game injects you into the world of American football by allowing you to play in the College Football National Championship playoff, then the NFL Combine before being drafted into the NFL as a starring quarterback. To shape your new player, cutscenes involving interviews and chats with the returning Coach, Jack Ford (brilliantly played by Rus Blackwell), allow you to choose your answers, which in turn determine not only what kind of player you are but also what kind of person you are. Once you’ve played the two games and entered the NFL, the QB1 transitions into a streamlined version of Franchise mode, which also makes a return, but this time your focus is on a single player rather than an entire team. QB1 is a worthy substitute for the brilliant Longshot mode, and although it felt cut short with it consisting of only two chapters, I feel QB1 is like a hybrid between a story and a full-fledged career as each play you drive in-game earns you experience points that allow you to level up in an RPG-like manner. Discussions with your coach and agent via text message give you encouragement and keep you updated with your progress and bits to focus on. Continue to play badly though, and you could find yourself cut from the team, bringing an abrupt end to your illustrious career. 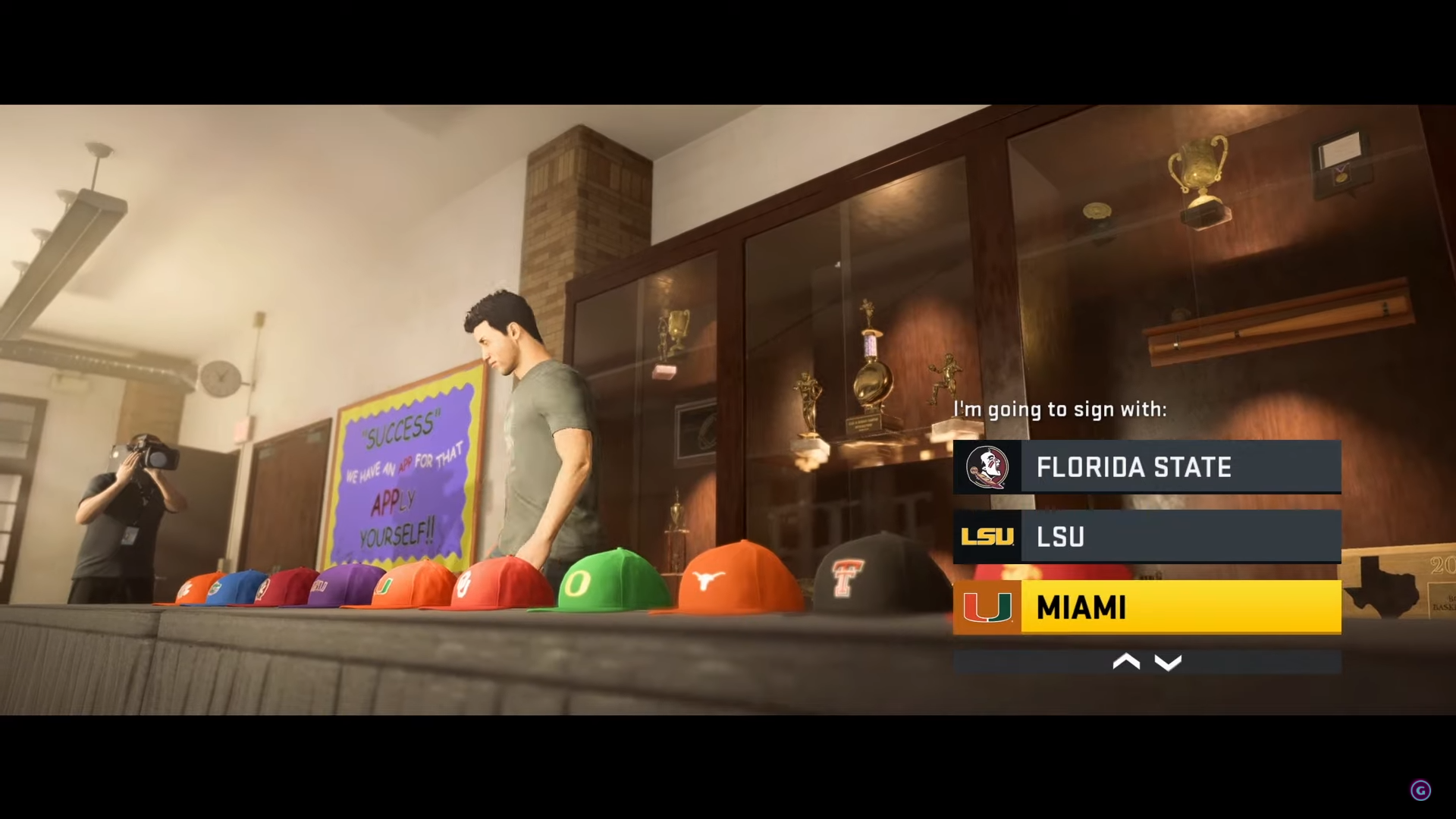 Madden Ultimate Team is just as simple and engaging as it has always been, except this time a new way of obtaining players, training points and other items has been added in the form of Missions. Missions are paths to building a worthy team paved with a series of various tasks for you to complete to earn 1 to 3 stars, depending on the difficulty level. These tasks can be as simple as completing a pass or rushing a couple of yards, but they can be tough too, and the rewards are worth it if you want a force to be reckoned with when you decide to take your Ultimate Team online. Madden Ultimate Team is addictive, thinking who to keep and who to trade or auction off, who to sacrifice in order to make way for a better player, purchase new uniforms, stadiums, managers, etc. You can also upgrade players, working towards making them the best versions of themselves, or you can put them in a set to collect like a virtual showcase; the choice is yours, and it’s these choices that make Madden Ultimate Team continue to be a superb staple to the Madden NFL series. 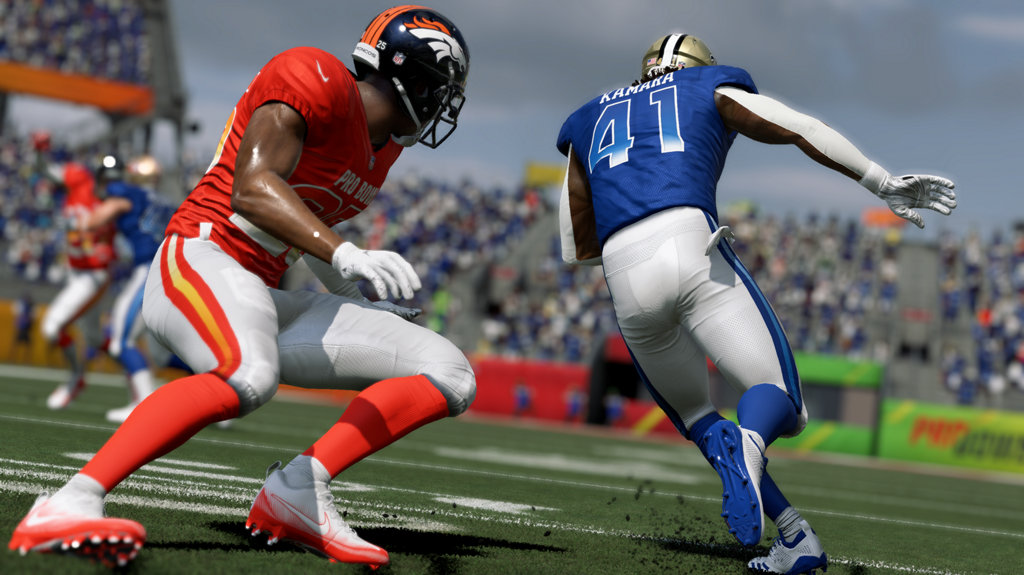 When you fire up the game for the first time, you’re asked to choose your favorite team; this choice is important as it will be the team you play as in the returning Franchise mode. In Franchise mode (just like in previous games), you’re required to take the helm of your team of choice and forge a career as you manage your line-up, negotiate contracts, buy and sell players, deal with injuries and more as you play game after game in a simulated season. Franchise mode doesn’t feel any different than the years before it mechanically, but it has had a visual overhaul, making it look and feel similar to MUT. I did, however, notice tangible improvements on-field when I improved a player’s stats. Changing a player rating has never felt much different in previous years, making the improvements feel redundant, but this year you can really feel the difference. 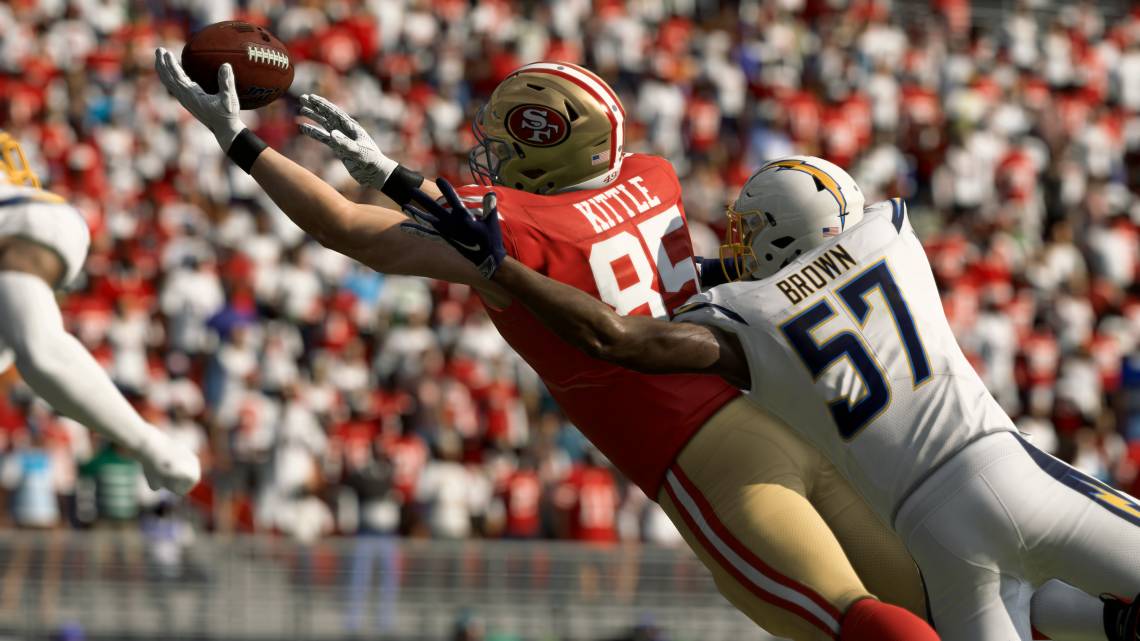 Speaking of on-field, this is where the nitty-gritty is at, and it feels just as tight and responsive as ever. When you’ve picked your jaw up from the floor after admiring the spectacular graphics, you will see that each individual player has exactly that: individuality. This is thanks to the brand-new addition of the Superstar X-Factor feature. This thing is a game-changer. Just like real-life NFL superstars have their own special traits, they have now been added to Madden NFL 20 in the form of X-Factor abilities. Certain players on each team are highlighted with an ‘X’ under their feet, and this indicates that they have an X-Factor ability. These cover such things as cover star Patrick Mahomes possessing the Bazooka ability, which recognises the rocket-like speed and distance with which he can throw the ball, giving him a 15-yard boost to his throwing range. It needs to be triggered first though, and you do this by completing a 30-yard pass, but it can be nulled by sacking or a fumble. Other offensive X-Factors include Panthers QB Cam Newton possessing the Freight Train ability, which enables him to shrug off a single tackle attempt, and New Orleans Saints RB Alvin Kamara possessing the Satellite ability, which guarantees he’ll catch the ball when using RAC or Possession catches against single man coverage. Although there aren’t as many available defensive Zone abilities, they are just as frightening. Philadelphia Eagles’ DT Fletcher Cox possesses the Fearmonger trait, which increases QB pressure when engaged in a block and increases pressure penalties when in the zone, and Chicago Bears’ FS Eddie Jackson has Zone Hawk, which allows him more catch knockouts and interceptions when using zone coverage plays. X-Factor abilities give you the ones-to-watch feeling when playing, which translates well from the real world and completely shakes up Madden NFL 20 for the better. 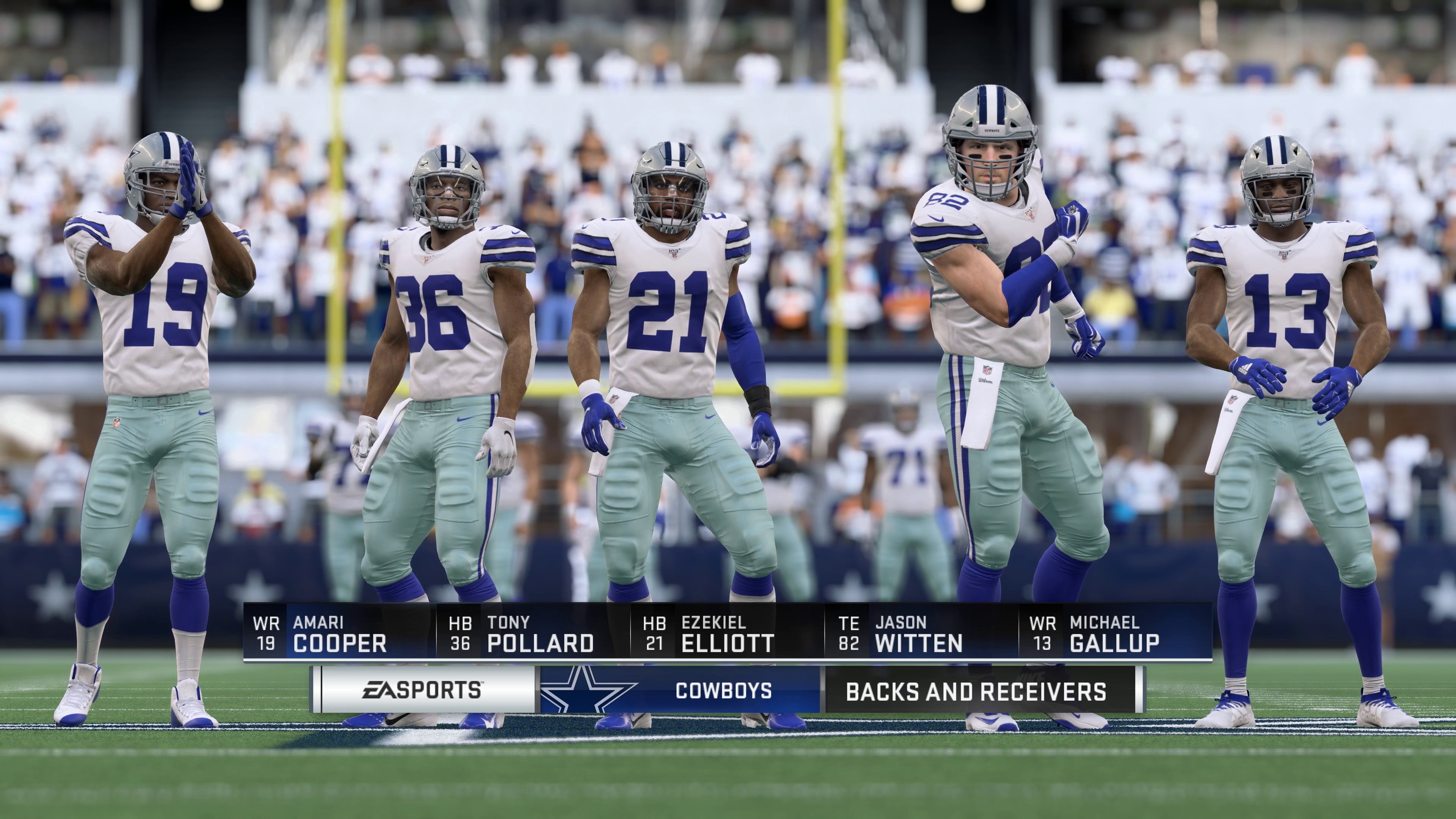 Madden NFL 20’s presentation is the best yet. The constant chatter from Brandon Gaudin and Charles Davis that give you insight to each team as the action unfolds, stat screens that pop up in-between plays and player gestures really bring home that TV presentation feel. Splashes of colour assault the corneas in the menus, and the ceremonious run-in entrances and touchdown celebrations look and feel stunning thanks to the incredible authenticity and amazing attention to detail. From individual blades of grass, reflections in the players’ helmets, roaring crowds and pyrotechnics, Madden NFL 20 feels alive and does a hell of a job at psyching you up for the events to come.

Madden NFL 20 capitalises and, at the same time, shakes things up with a new story mode, new welcome mechanics that make things more interesting on the field, outstanding visuals and improved MUT and Franchise modes, making this year’s offering the best yet. 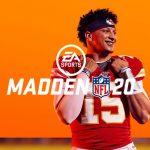 Madden NFL 20 may be the best it's going to get for this generation. QB1 mode is a great substitute to Longshot, MUT and Franchise modes feel just as fun as ever, and the new X-Factor and Zone abilities really shake things up on the field. This is a must have for any American football fan. 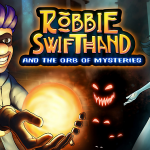 Robbie Swifthand and the Orb of Mysteries Review 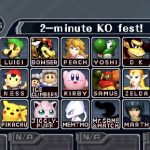