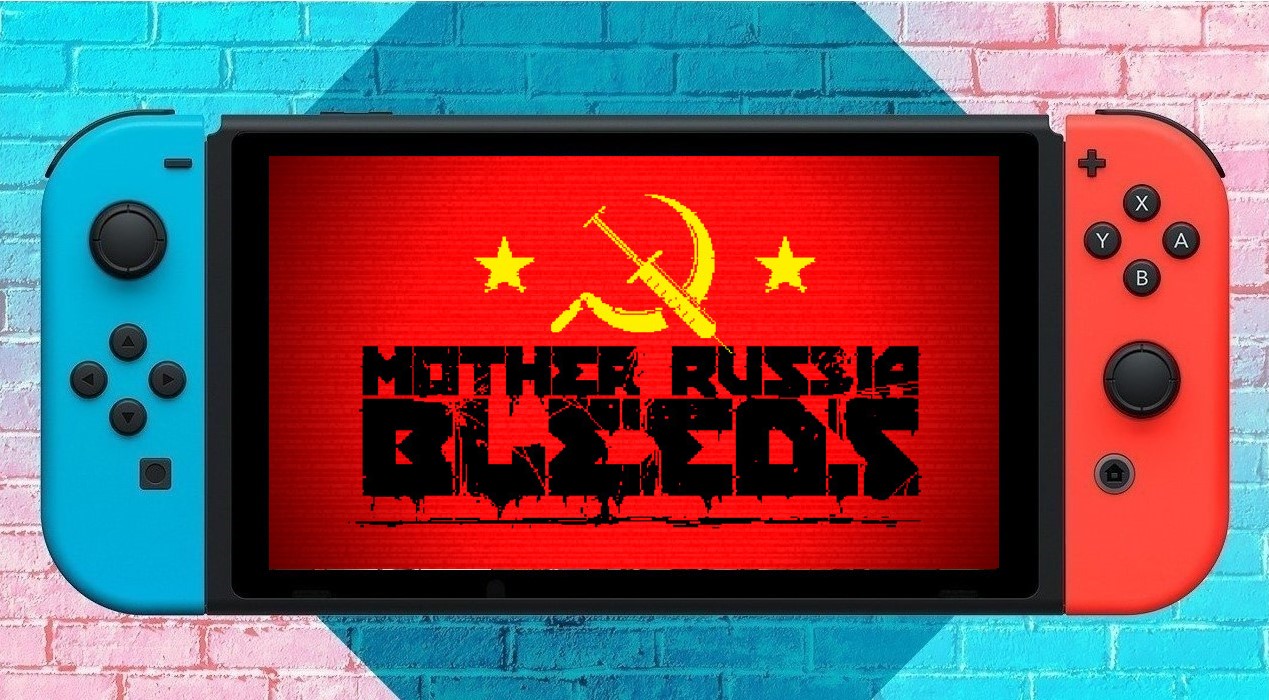 How would you like a knuckle sandwich? I don’t know about you, but it doesn’t sound like the most appetising of dishes, but then again, the other party you’re posing the question to doesn’t have a say in it, and that’s what Mother Russia Bleeds is all about: punching some folk to death, then asking them in your best ’80s action hero voice, “How do ya’ like me now?”.

Calling out all you retro fans, anyone familiar with the old school side scrolling beat ‘em ups like Streets of Rage will have a blast with this (even the soundtrack is as good as the aforementioned title!). Choose one of four characters and punch, kick, maim and compliment stuff. The last one is a lie. I added that to balance out all this hostility. The plot is irrelevant – it’s a side scrolling beat ‘em up is all you need to know.

It’s a standard roster; your all rounder, Sergei, the super quick yet frail Natasha, the slow but hard-as-nails Ivan and the loose cannon, Boris. So basically, Russia’s answer to the A-Team, yet nobody needs to get on any plane. I didn’t really notice too much of a difference between the characters but opted for Boris on this occasion as he was the underdog and just needs a break.

Levels are minimal but reasonably paced. Pummel your way through a swarm of enemies, then defeat a boss at the end of each stage – some of them are a little hard to handle and oh-so slightly overpowered. My first real struggle was early on when an officer, of sorts, bearing a pistol shot at me while a laser beam zapped me at the same time. In addition, other lesser enemies were also up in my face. Luckily, each time the gun-toting brute shot at me, he was also one-shot killing the minions (poor them) who just so happened to be in the line of fire. Every cloud.

As you progress through the levels, you can unlock new stages to play in a separate arena-type survival mode: fight wave after wave in a destination of your choice to see how tough you really are. I wasn’t, but it’s the taking part that counts. Actually, that’s not true – surviving is what really matters.

Similar to the arcade classic fighting games, there are weapons available, such as poles, bats and even guns, that can be picked up and used for a series of attacks but have limited uses. You can’t start with these or carry them through the whole stage, but you can unlock some power-ups in the form of syringes. Ah, now let’s address this.

There aren’t any hearts or first aid sprays to pick up in Mother Russia Bleeds. Instead, you inject a syringe into one of your defeated foes and drain the remainder of their energy to replace your own depleted life force. Here’s the trick to get the best results: They need to be on the verge of the afterlife – if they’re completely dead, it won’t work – if they’re still alive, they’re most likely hitting you. As morbid as this sounds (it is), it can be quite tricky to pull off. Mobs will continue to attack you, and if you’re hit, you will need to restart the syringe process again. Like I said, there isn’t any health to pick up other than this method, so get used to harvesting with these syringes or be prepared to die. Oh – the upgraded syringes you can unlock give multiple benefits, like a rage that makes you punch harder.

What else? The language is a little bit crass, but then again, if you’re letting your kids play this, then a few “f’s” and “a’s” aren’t going to do them as much harm as, say, beating another (not real) person to a pulp with your bare hands. To be honest, the dialogue was a letdown and a little sweary for the sake of it. A bit like those people who use an f-bomb in every other sentence, it loses any impact and is just kind of, well, annoying, and that’s the same here. To be honest, I skipped some of the dialogue. There aren’t any clues you need to unravel or gossip worth knowing.

Mother Russia Bleeds is brutal in every way. The graphic violence, the undertone of the Cold War (this is set in the ’80s, but really, it’s an afterthought – it’s hardly high concept), the music – even the cute little animals you come across early in the game want to savage you. Bless. This Switch version isn’t an exclusive, but it works perfectly docked or on the go, and the pixel art/16 bit graphic style was made for the Switch. Not exclusively. Best part of all, this can be played locally by up to four players. That’s three of your best mates in the same room slugging it out in co-op mode – just like the good ole’ days. If you don’t have any friends, you can get a bot to join you, but the developers are punishing you for not having any friends – you only get one bot with a very temperamental AI, so get out there and make friends! 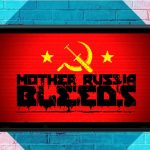 With the glorious pixelated graphics, the thunderous thwack of hitting someone repeatedly in the head and the upbeat, evil disco soundtrack, Mother Russia Bleeds is for any of you secret violent types. It won't cater to everyone's tastes, but it doesn't set out to be anything other than what it is at face value: an homage to side-scrolling beat 'em ups, so on that basis, it's ace. 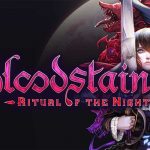 Bloodstained: Ritual of the Night Review 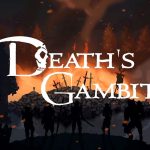