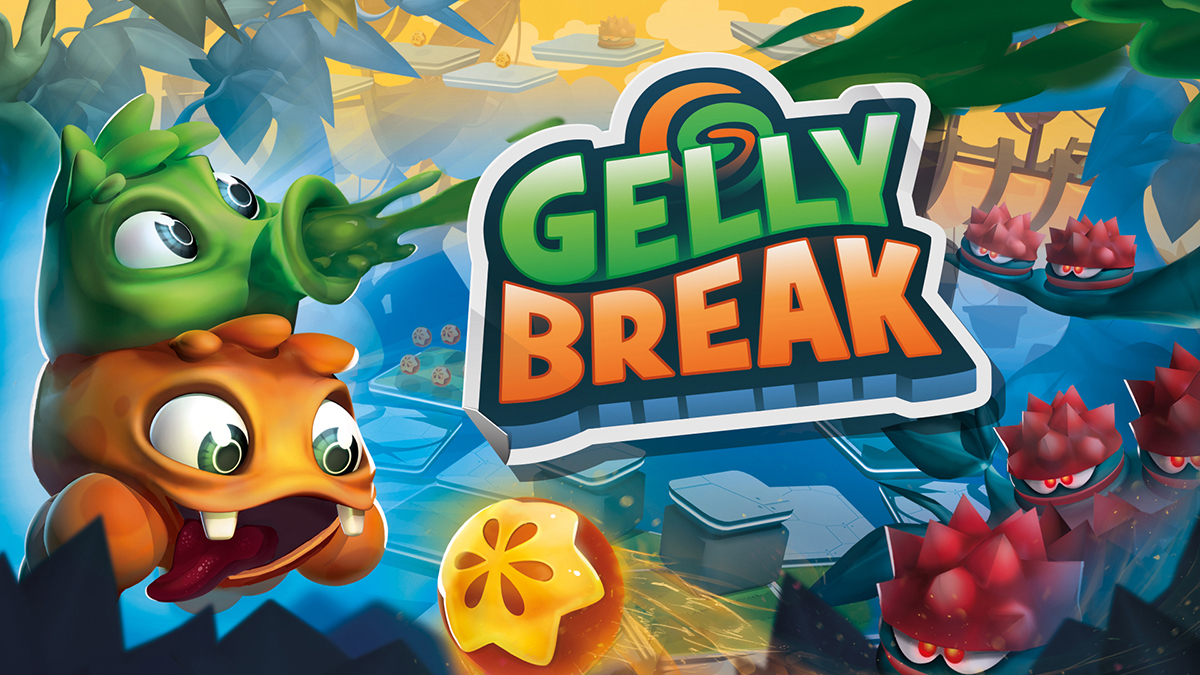 A blend of twin stick shooter with a Rayman-style platformer and some color-coded puzzles, Gelly Break provides a good bit of entertainment in either single-player or co-op.

The Gellies from the planet Gelly need to be rescued from Evil Blob. It is your (and possibly another player’s) job to rescue them. This is done by jumping and shooting with puzzle solving elements through several levels. Each level provides its own challenges and adds new enemies to fight along with bosses. This would be a great game for someone who is new to gaming or for a family time event with parents playing with kids. Four of the six levels also have hard versions to play through, and these levels are accessed by collecting three special Gellies hidden in the previous level. I only managed to do this for one level, and it did make a huge difference in the difficulty. 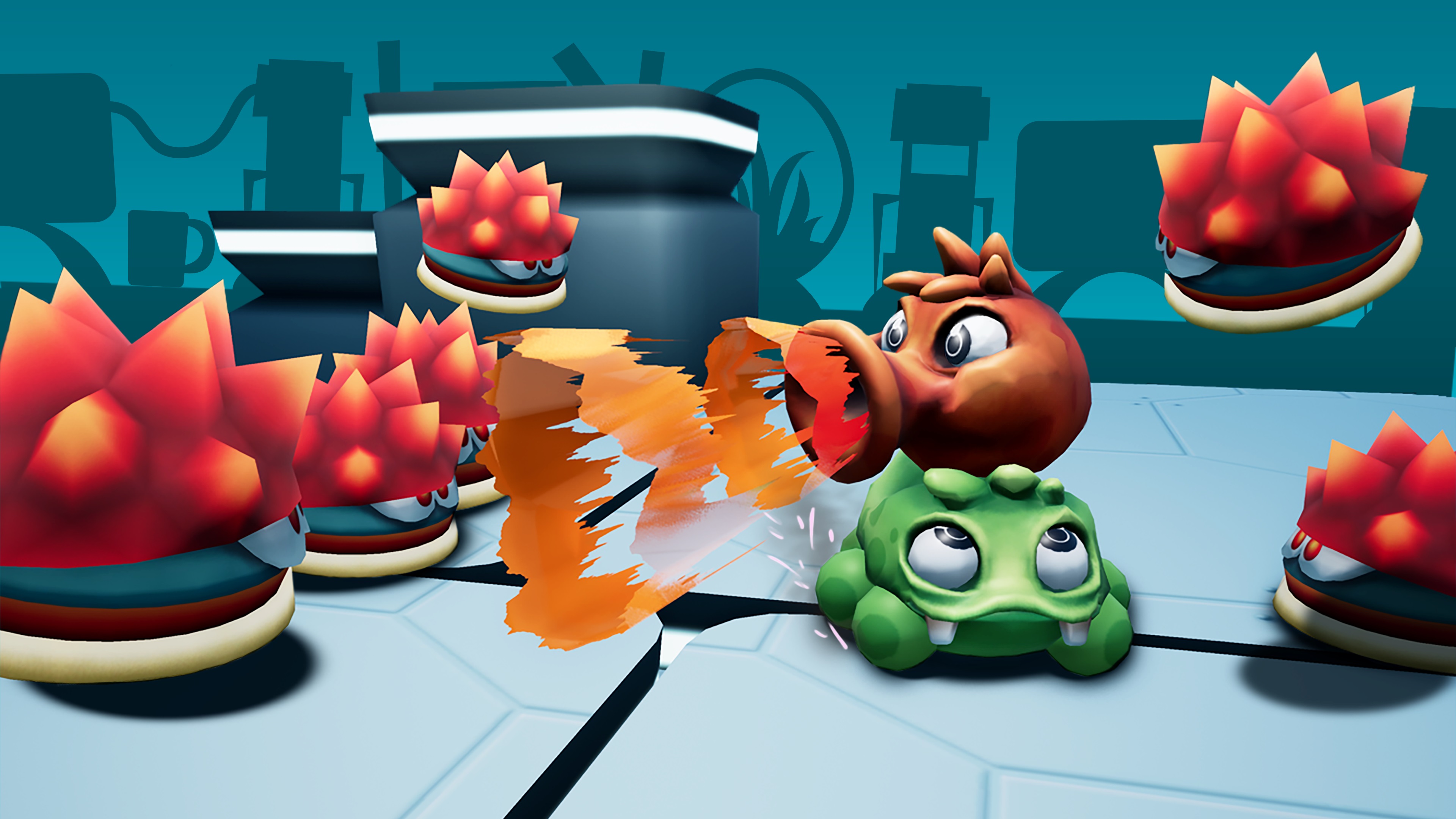 I played Gelly Break while the system was docked and using the Joy-Cons in handheld. Both ways were great and responsive. The controls are basic but do what is needed make it easy for anyone to play the game. In single-player the left joy stick is your navigation, and the right stick is direction of fire. The L and R buttons change the color of the Gelly. In multiplayer the R, A, and B buttons provide controls for jumping, and the left stick controls movement, unless you jump onto your co-op partner, then it is for controlling your direction of fire. The difference in controls between co-op and single-player also makes the gameplay different, adding to the game’s replayability. Unfortunately, the Pro Controller is not supported. This is the second game I have recently played in which that controller was not supported, and that’s disappointing because I prefer to use this controller whenever possible over the Joy-Cons. I hope that in the future it will be supported. Also, the Joy-Cons had to removed from the system to play co-op. I guess this is to allow the second player to see the screen more easily instead of trying to view it through the first player’s arms. For this reason you should be able to play with the Pro Controller. 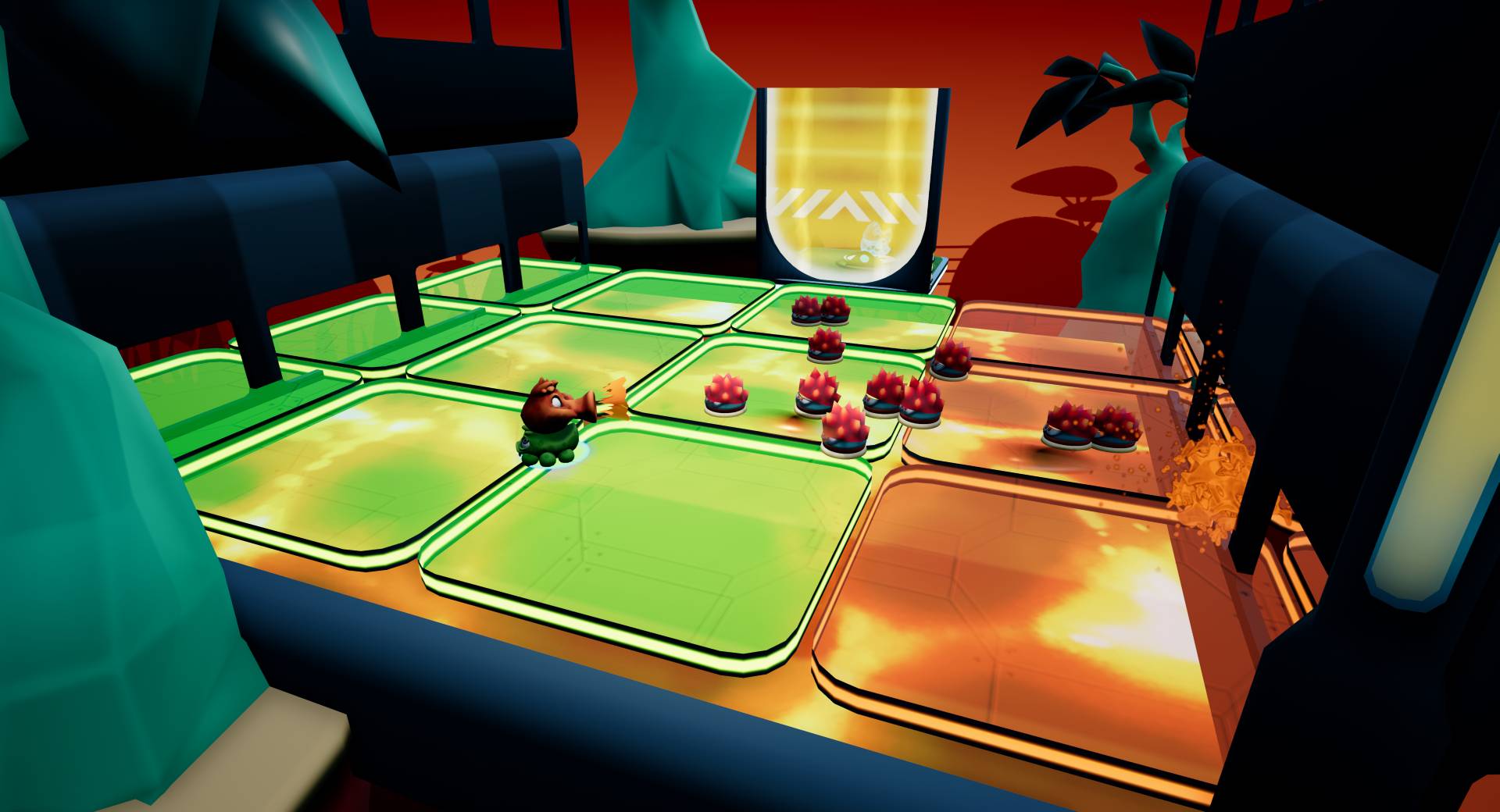 The game provides so much variety from level to level. This is achieved with the different camera angles, platforming differences, and the color puzzles. The camera angles vary throughout the levels to provide varying points of view, from a top-down, to a Crash Bandicoot-like bottom to top play, and side-scrolling platforming. In some levels the game has all the elements, and the camera transitions to each one very smoothly and does not hurt the gameplay at all. The platforming differences are provided by unique landscapes, both stationary and moving platforms, spring platforms, and even hidden pathways that can only be seen while firing. As the levels go on, the game combines more of these features to make the stages more difficult. In the one hard level I played, there was even lightning. This would hurt you unless you were within a certain range of the lightning towers. It would even hurt the enemies. 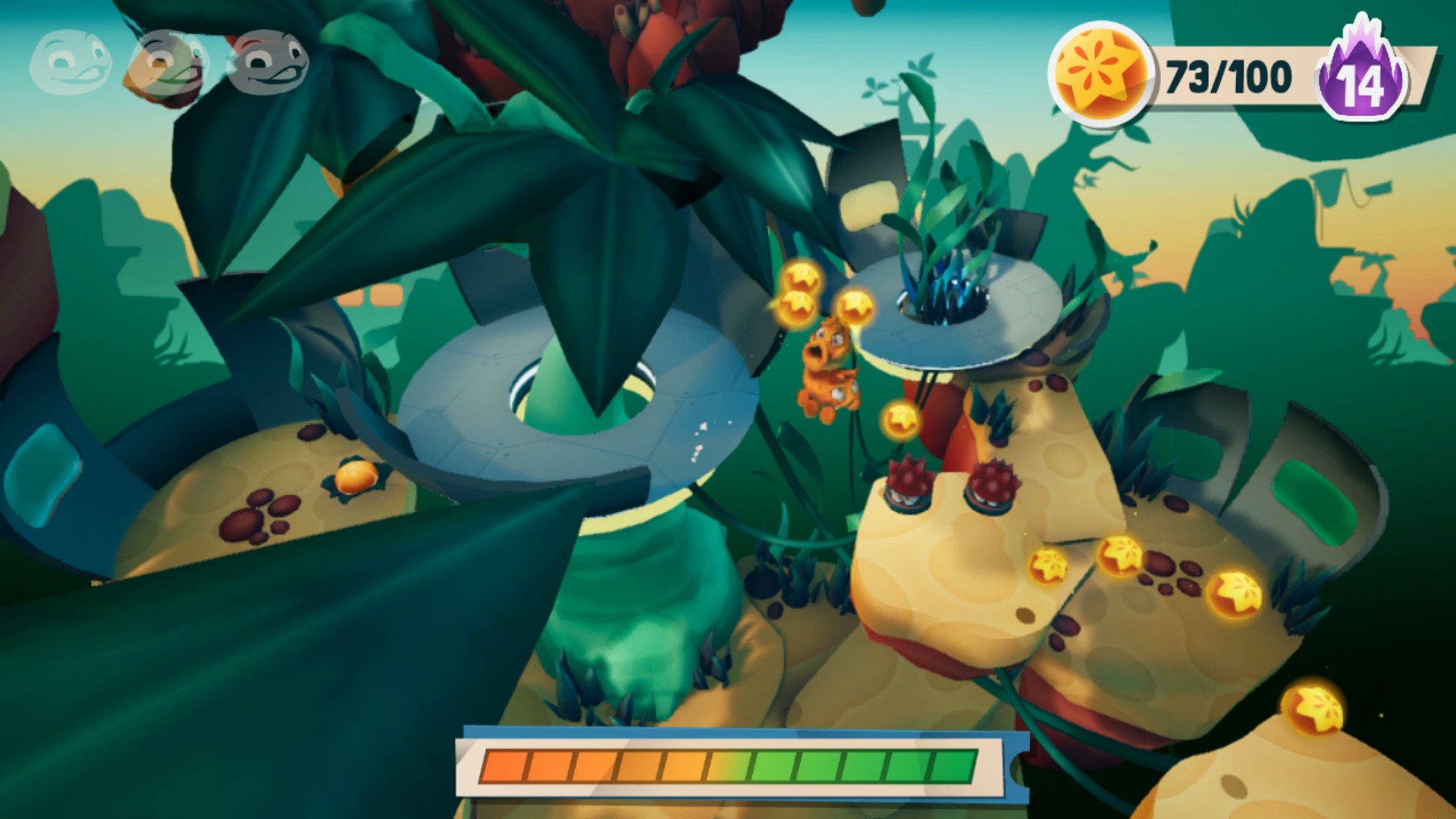 The basic enemies in the game are not hard but vary just enough to make them challenging in certain moments. Some of them can be simply shot, and them some must be shot before using the color change ability so you can whirl your character around to finish them off. The bosses at the end of each level are great. They all have different ways of attacking and movement. While it is not hard to figure out how to take out the bosses, it is a welcome addition to the levels leading up to them just ending or having the same type of boss at the end of every level. The color puzzles vary between single-player and co-op. in single-player it is a matter of jumping from one platform to another while changing color in mid-air. In co-op there are paths that only one of the players may take. This also adds to the game’s replayability. Another feature that I liked in this game is the system for lives; there are orbs to collect, and for every 100 orbs you get another life. It also features a health bar and items that can be picked up to refill your health bar. Both systems really seem like they were added in to target younger and/or newer gamers, but they still don’t detract from the gameplay. It is easy to collect orbs and build up the amount of lives you have. 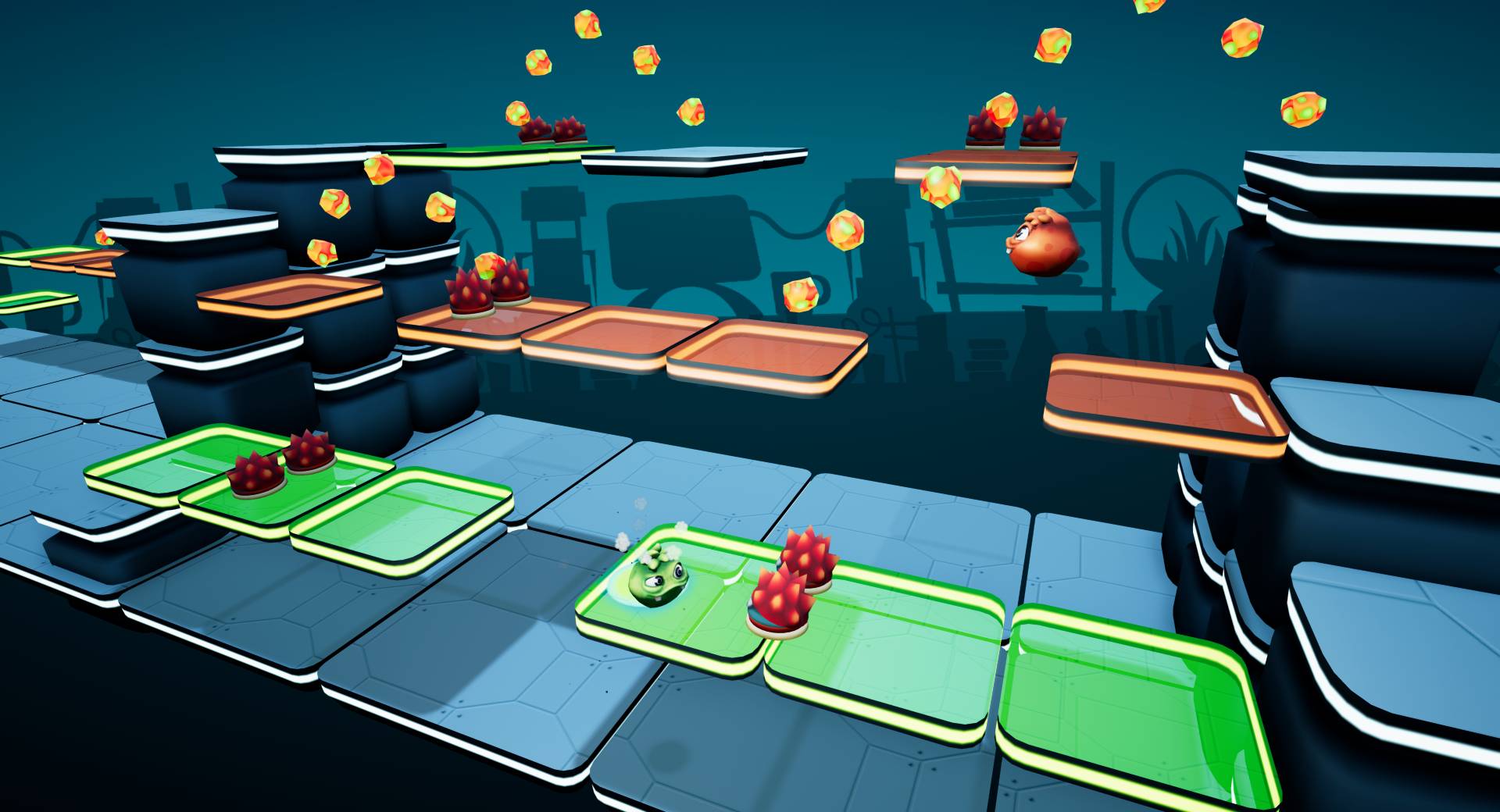 The music gives the game a nice upbeat feel. The sound effects are also great. While the game is cartoonish in nature, this does not diminish the playability to me for older gamers. The graphics are not next-gen or even top notch, but they do have a nice cel-shaded look, and it does look to me like it has been polished up well. The game uses the Unreal Engine, which most newer titles use for both graphics and physics.

While this game is good, there are a few things that I feel that keep it from being great. The first one that comes to mind is the game’s length. This game in single-player can be finished in one sit down. In co-op, this may take a little longer. I would say two to three more levels would be a good fit. Another addition I would like to see is the inclusion of more enemies. The variety is subpar but could be easily fixed by varying the existing enemies or giving them some more abilities. The last item that needs improvement ties to replayability. I could not find any way to go back to previously finished levels and reattempt them. This makes it impossible to collect the extra Gellies to play the harder levels and fully complete the game without having to completely start over. It would also help to add cutscenes between levels and at the beginning of the game to explain the story. 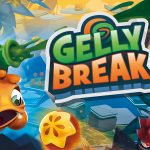 Gelly Break really surprised me with the blend of different game styles. It has great gameplay with tight controls and is fun to play. It is even better to play with friends or family. With a few more features, this would be a game that I would recommend to all Switch owners. 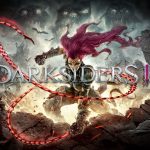 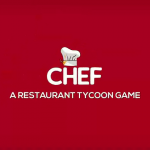