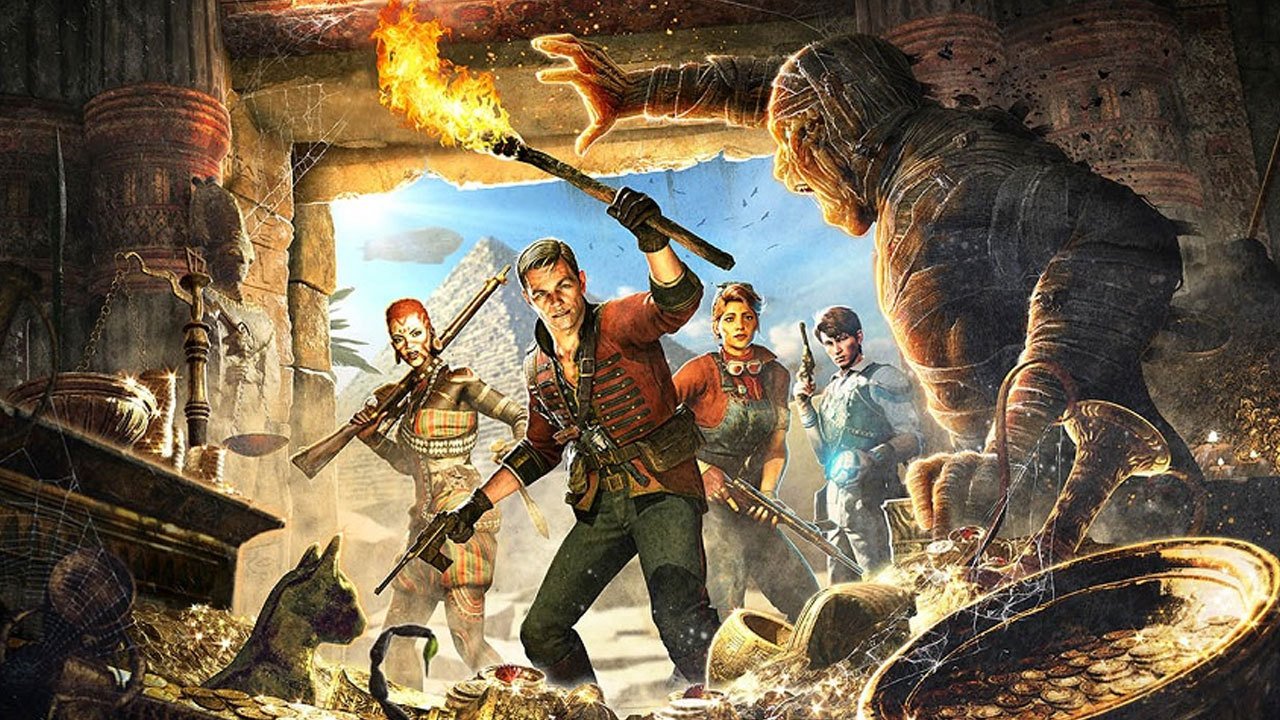 Strange Brigade is an action-adventure video game released 28th August 2018. The game was developed and published by Rebellion. Rebellion is one of Europe’s leading independent game developers, and they also specialise in publishing comic books. Their goal as a developer is to create video games that stand out and that thrill players. Strange Brigade is a shooter played in the third-person perspective and is available to play on Xbox One, PlayStation 4 and PC. 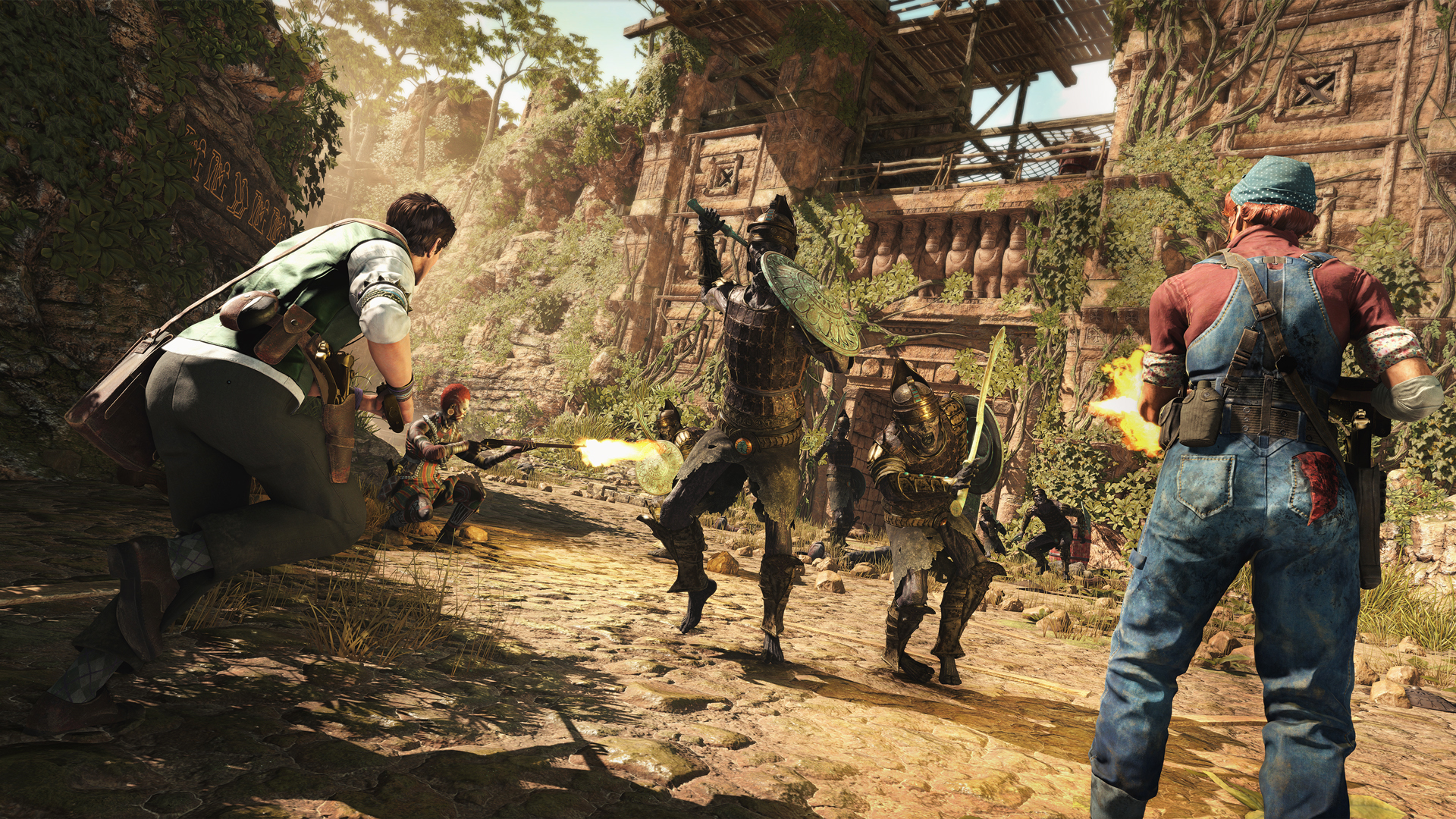 What Horrors Will Await in….Strange Brigade?!

Strange Brigade offers you the choice of four different characters to choose from, and extra characters will be available with the release of DLC. After you have chosen your character, you can then choose your primary and secondary weapons, along with a grenade and a magical amulet. You then have the choice of playing the story solo or through online multiplayer. You can play with friends or use the matchmaking system to play with whomever will have you. There are other modes alongside the story mode which are named “Horde” and “Score Attack”, which present hours of fun for when you have finished the story.

Strange Brigade tells the tale of Seteki, a brutal and barbaric queen that ruled over the Sahara for 4,000 years before the game is set. An archaeologist named Edgar Harbin discovered Seteki’s tomb and released her spirit. As one of the characters from the brigade, it is your duty to discover the secrets of Seteki’s power and destroy her in order to save the world. 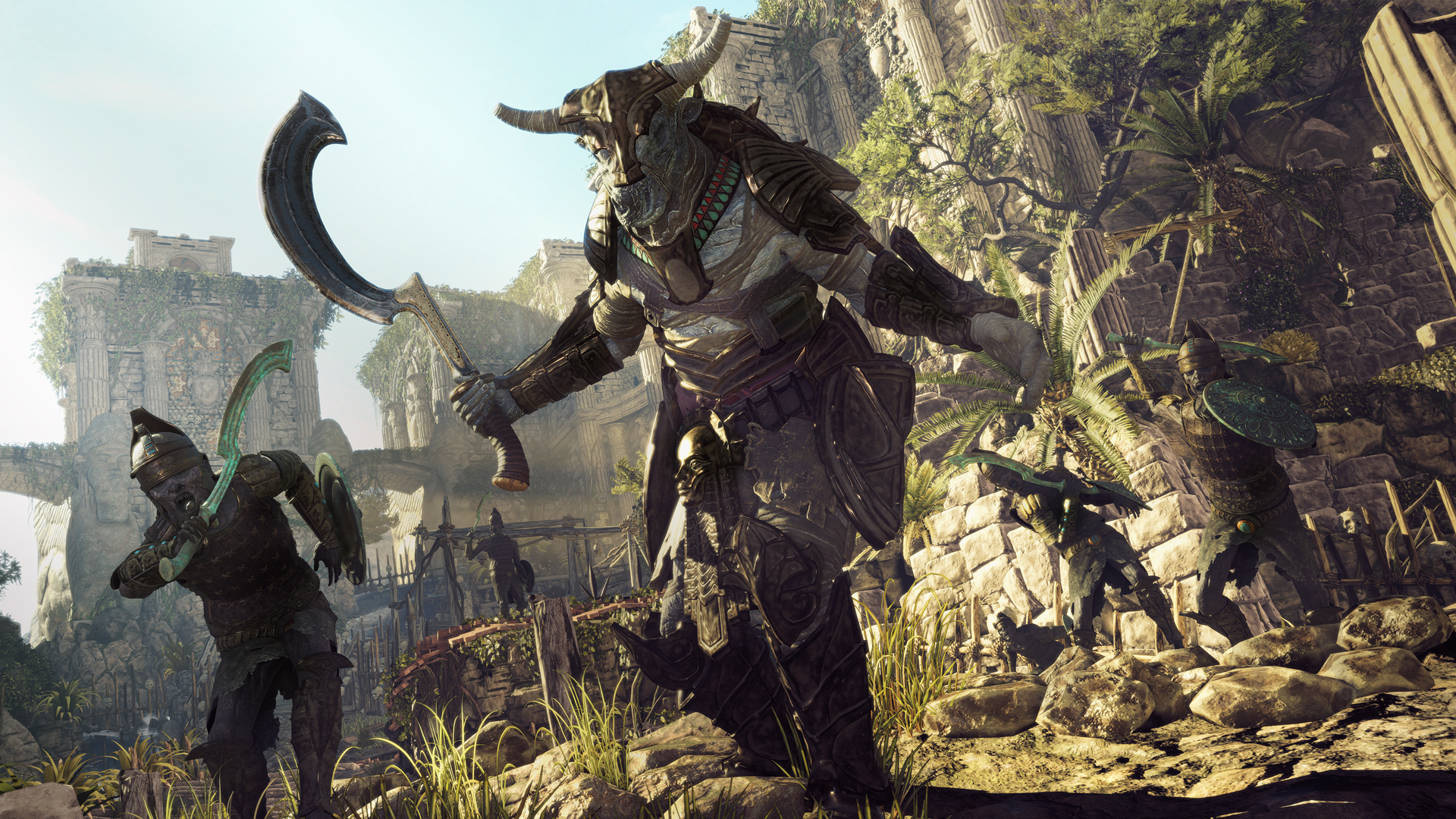 Strange Brigade has you play as characters in the 1930s and offers a light-hearted feeling of adventure with many different elements. The brigade follow their mission on the orders of the British government through an ally named Lady Webster. There is also a narrator that offers guidance and one liners throughout the game. The narrator delivers input in such a way that can only be described as a dramatic ending to a 1930s television series. In this adventure there is a wide array of enemies to defeat, as well as puzzles to solve, artifacts to collect, treasures to find and magical special attacks to use.

Strange Brigade is very fun to play, and the narrator is hilarious with his tongue-in-cheek one liners. There is an achievement within the game to annoy the narrator which is brilliant, and I stumbled upon it accidentally. The graphics and surroundings within the game are beautiful and extremely well made. Throughout the game I found no issues with glitching. The puzzles that Strange Brigade offers are quite challenging, though some simpler ones are provided that are quite easy to handle, so there is a great balance. I think the creativity of the different enemies is brilliant because it offers quite a wide range. 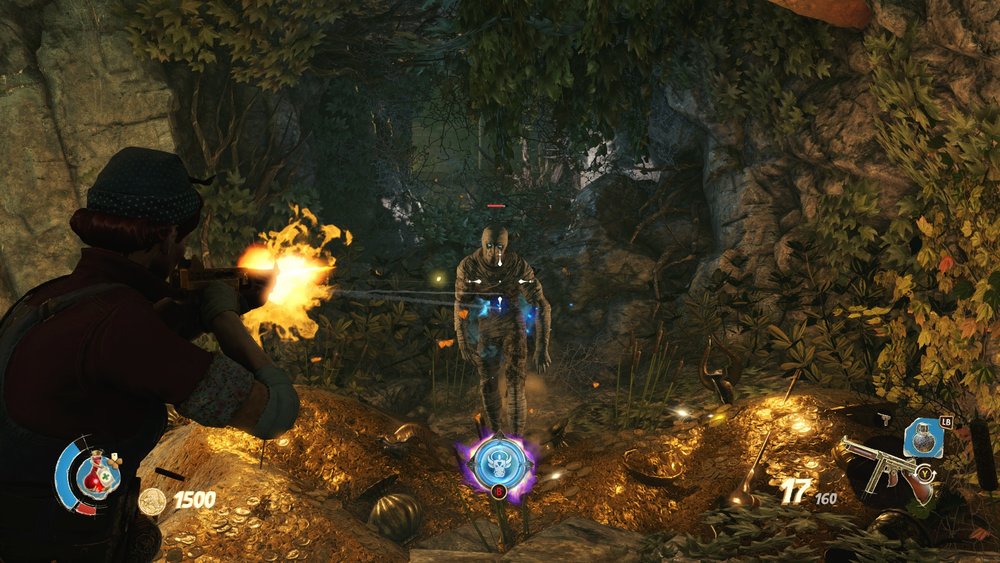 I found the story behind Strange Brigade to be very interesting and unique. The characters are also very individualized and different from those in any other action-adventure game I have played before. My favourite character within the game was Gracie. She is a real northern lass that is tough as nails. Everything within the game feels very British because it is set in the 1930s, and games like Strange Brigade make me feel proud to be British. The game managed to keep me interested and hooked throughout the whole story, and I have found myself going back and playing the other modes online, which shows the game has a great community to keep it going. I have really enjoyed playing this beautiful standout game.

The Long and Short of It

There is only one real criticism that I can think of when it comes to Strange Brigade, and I only have this criticism because I am nitpicking. Each mission within Strange Brigade is quite long, probably around 45 minutes to 1 hour each. This is absolutely fine because we want missions that are full of stuff to do. The real issue is that there aren’t that many missions. I understand that the game is aimed to be more of an online community game with the extra modes available, but I am a huge fan of games with a really great story, and it is the reason that I play video games. I just feel that the story could have been a bit more drawn out across more missions, and finding and defeating Seteki felt a bit rushed. 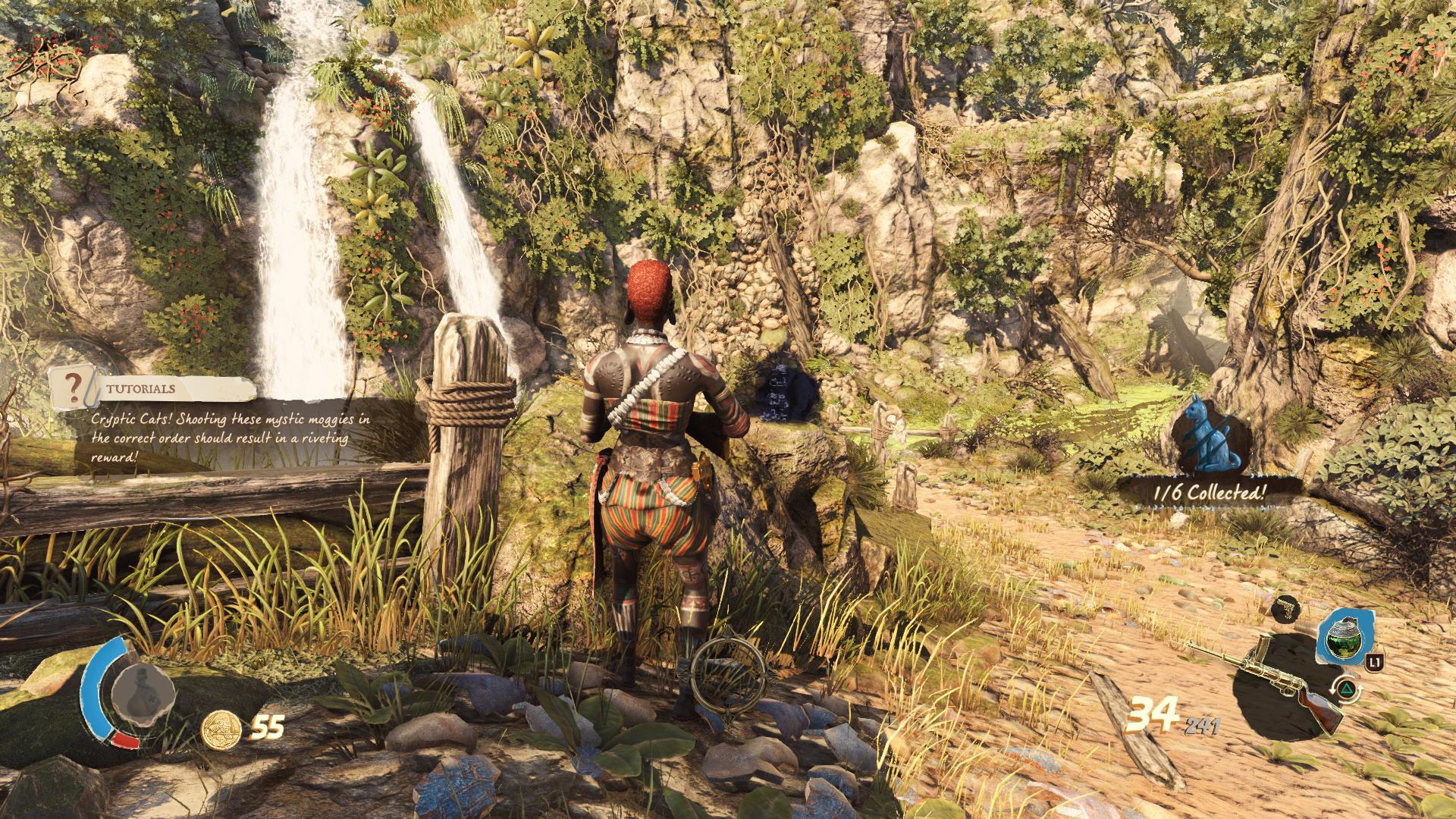 Not Your Average Shooter

Overall, Strange Brigade is a brilliant game, and I have really enjoyed playing it. The one flaw of there not being many missions should not put you off from buying this fantastically fun game. The game feels like a cross between Left 4 Dead and Tomb Raider but with even more puzzles to solve. It is an all around beautiful game that offers a bit of cheese. With the release of DLC, I hope that Strange Brigade brings even more to the adventuring table. Here’s hoping for another tantalising tale from…Strange Brigade! 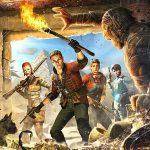 Strange Brigade is a brilliant game, and I have really enjoyed playing it. The one major flaw of there not being many missions should not put you off from buying this fantastically fun game. 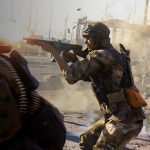 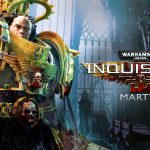