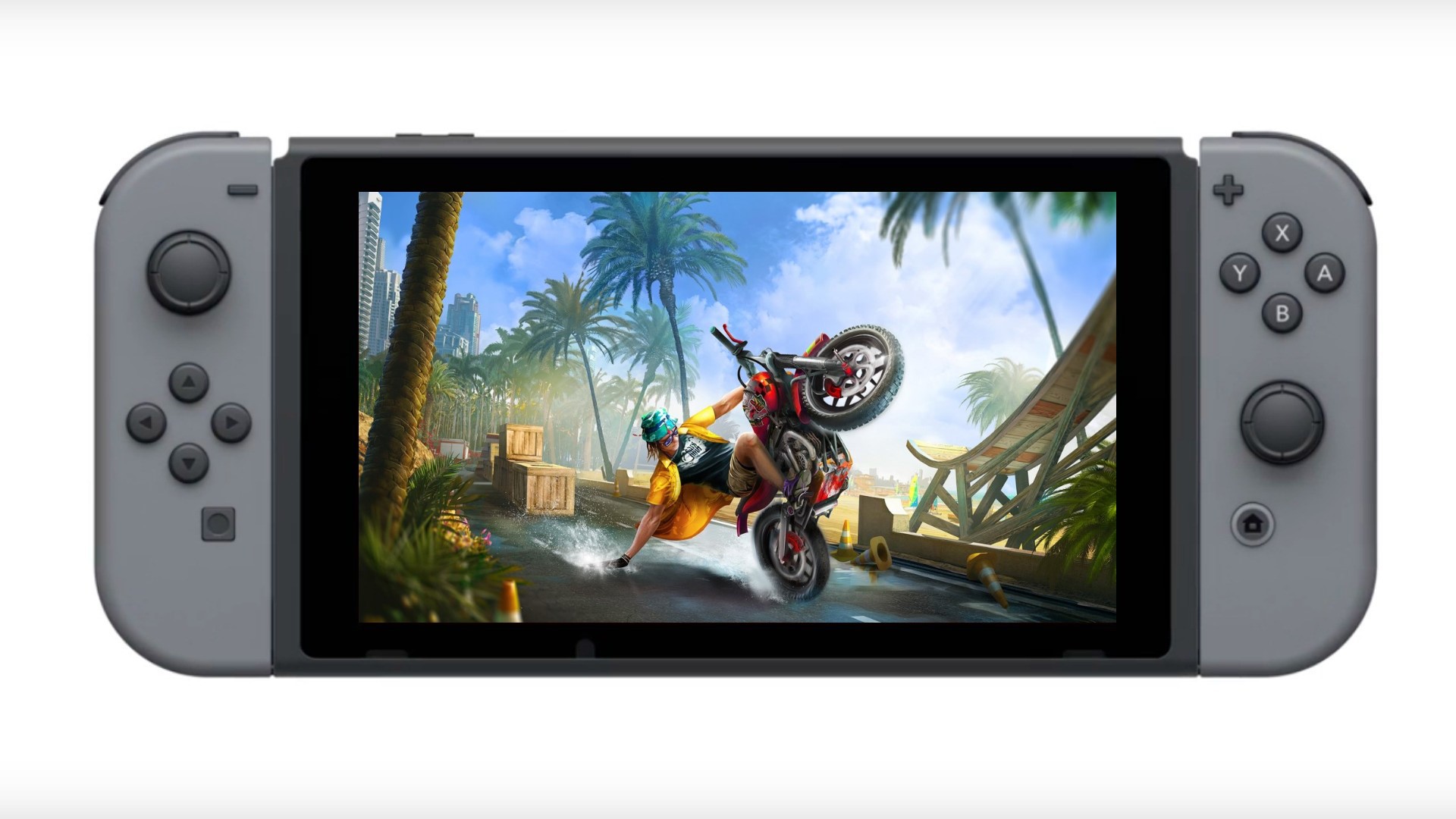 Urban Trial Playground is a bike stunt and racing game from developer Tayon and publisher Tate Multimedia that mainly consists of 55 single-player levels and a local multiplayer mode. The game was released on April 5th, 2018 and costs £17.99 in the UK and $20 in the United States and is currently a Nintendo Switch exclusive. This title seems to be heavily inspired by RedLynx’s Trials series, which desperately need to be ported over to the Nintendo Switch, and this comes across in the gameplay. The mechanics and gameplay feel quite like the franchise it’s inspired from, but this isn’t really a problem. It IS similar, but it is far from a direct rip-off as there are enough unique touches here to make the game feel like a new experience. 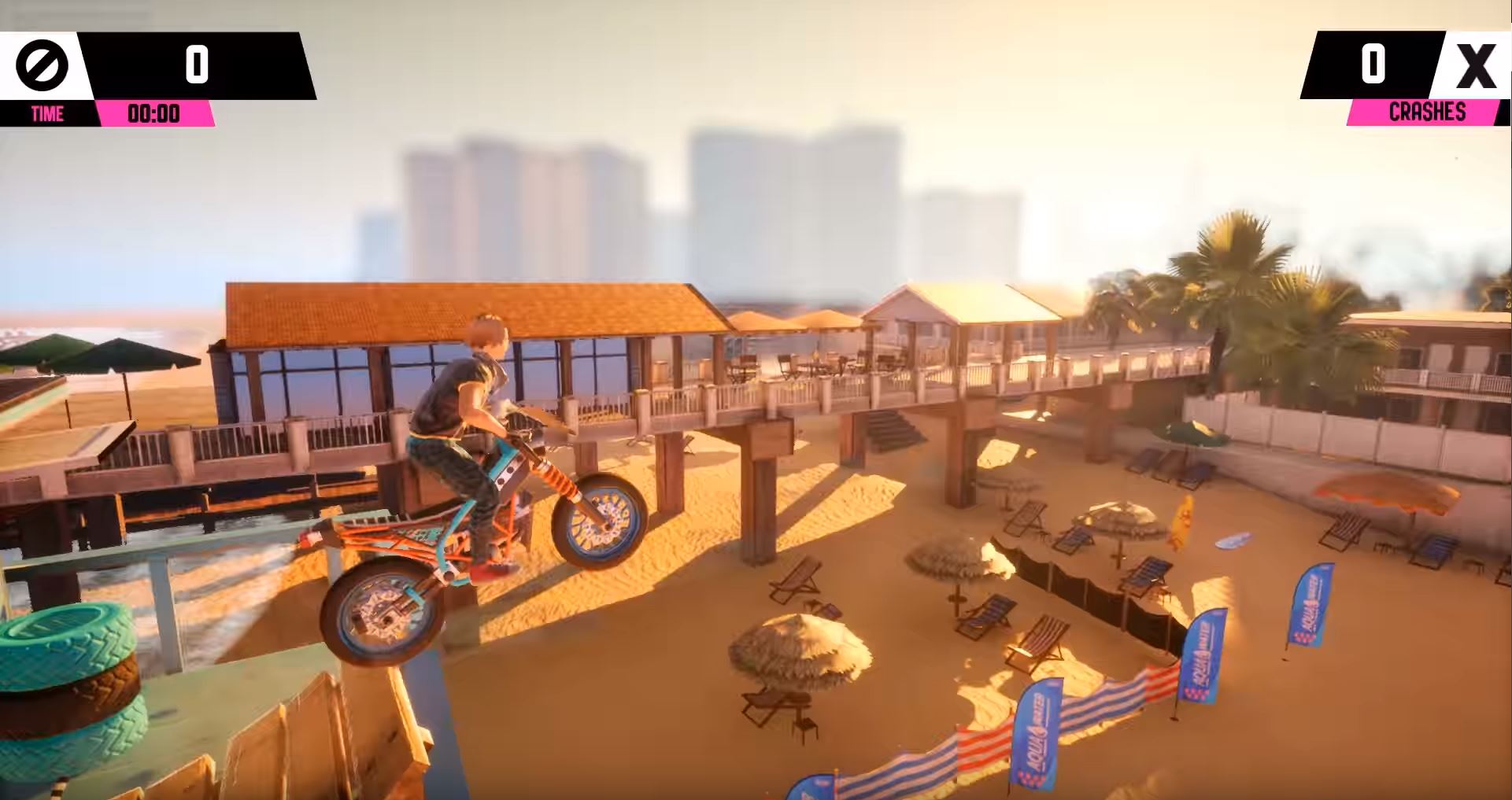 The game is set in the sunny locations in and around California, which makes the environment that the game recreates visually pleasing. Throughout my experience, I didn’t encounter any glitches or bugs, and this was a pleasant surprise as I was expecting quite a few from such a lesser known independent title. The controls, which can seem tricky at first, are in no way difficult to learn, and pulling off a perfect trick can be exciting and satisfying; they are also very easy to pick up. With a quick tutorial, anyone can play. Levels consist of ramps, ledges and obstacles that you must traverse with either great precision or humiliating failure. However, if you do crash or fall in the game, you can respawn at the previous checkpoint sustaining only a slight penalty. The game has two modes, a time trial mode and a stunt mode, and they are both very enjoyable.

There are a few customisation options for both your bike and your character. The bike upgrades make a considerable difference to the difficulty of the courses as the earlier courses were a lot easier after fully upgrading. Pulling off tricks rarely got old, and building up massive multipliers is one of the most satisfying features in the game. While the game does have a few customisation options, there are hardly enough, and I felt that my bike was fully upgraded far too quickly. 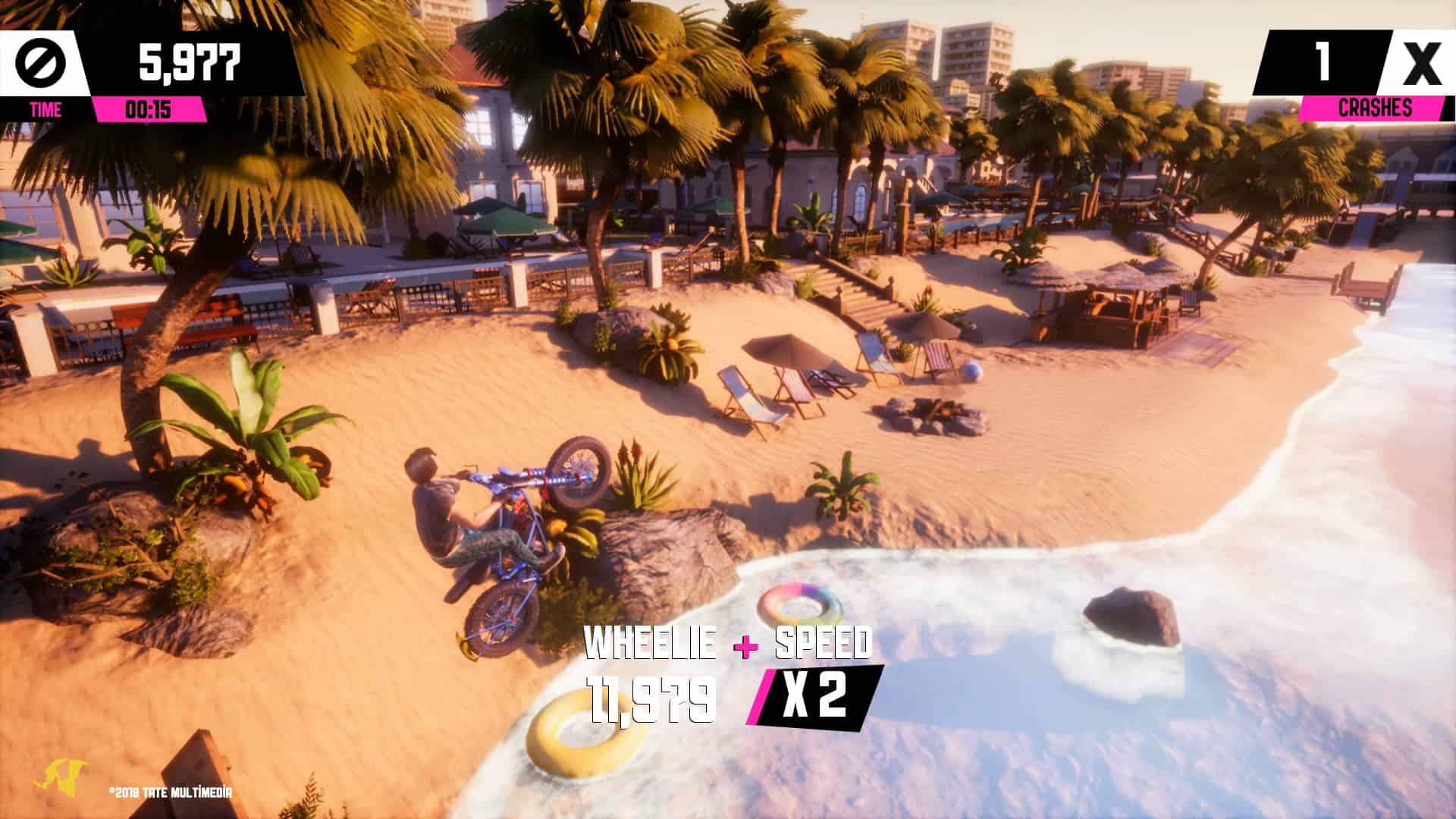 The local multiplayer mode is a fun addition to the main game that contains two extra modes, competition and chase, that give the player and a friend a welcome break from the main campaign. It is fun, but the game lacks an online component which would fit in well here. The only online feature is the scoreboard, which feels pointless unless you’re a competitive type of gamer.

Now I slam the gavel down…

The sound design in this game is mediocre at best; the soundtrack is okay, but the voice packs for the characters can get tedious and annoying. Another problem I have is that you can’t play stunt mode (my favourite mode) with friends, and I feel this would be an excellent mode to play with a friend as you could battle it out to see who can do the best tricks and see who could build up the biggest combos. This is a serious missed opportunity. The campaign itself lacks structure and story as there is no incentive and nothing to compel you to get to the end of the campaign. The game can get repetitive after about an hour or so as a lot of the stages are repeated, which can become boring when the player wants to see a change of scenery. 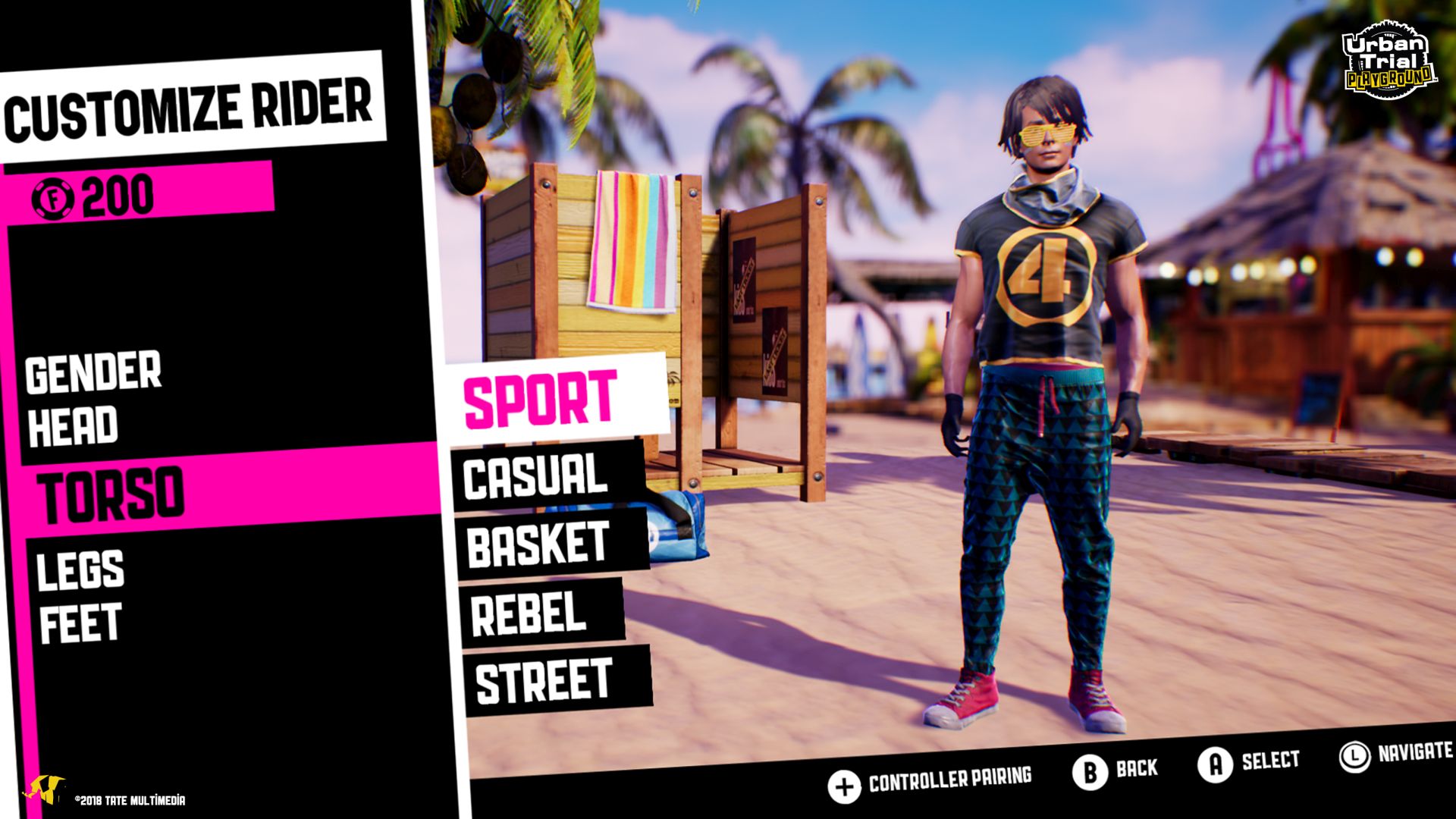 There is a noticeable lack of variety within the obstacles that you come across in the game. The game never ventures away from ramps and ledges, which quickly becomes dull. An extra game mode wouldn’t have gone amiss either. An extra mode would make the campaign less tedious and break up the gameplay in a fun way. Each level has around 3 challenges that you can complete for in-game currency. The game promises a reward for completing every challenge; however, after you complete every challenge, it isn’t worth the extra time as all you get in the end is a paint job for your bike. Speaking of paint jobs, the cosmetic customisation options are minimal. The paint jobs seem lazily designed, and the same can be said for the riders’ costumes too. 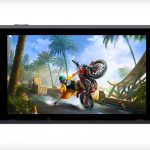 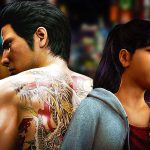 Yakuza 6: The Song of Life Review 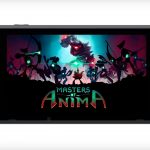