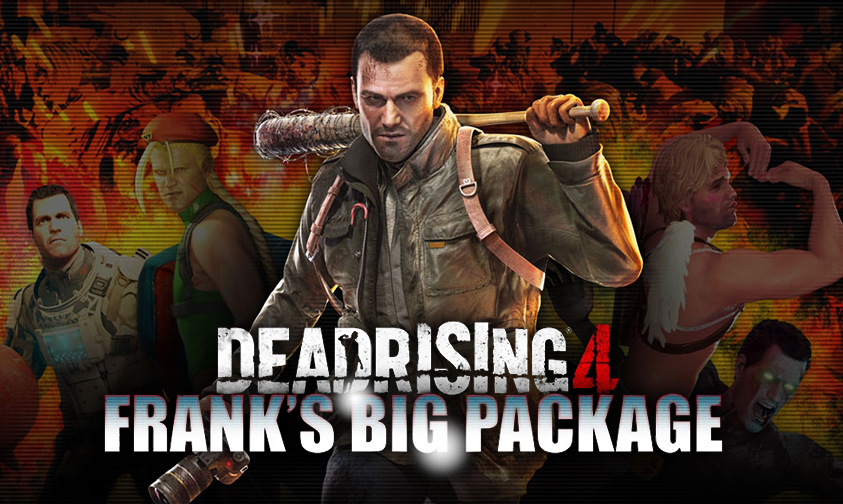 The living dead are very much still alive and kicking in 2017. The TV adaptation of The Walking Dead is still as popular as ever, new zombie films are a dime a dozen on platforms such as Netflix and Amazon Prime (with some actually being quite good) and of course, Zombie mode also made its return to this year’s instalment of Call of Duty. Simply put, zombies are here to stay, and there seems to be no dwindling in their popularity. Where most zombie outlets portray the living dead as a fearsome advisory and a bleak look into humanity’s future, there is one video game series that takes a slightly different approach. Dead Rising was first released all the way back in 2006 (that is slightly depressing) and showed the undead in a different light. They basically became cannon fodder. Hundreds of zombies were at your disposal to dispatch in any method you saw fit. This freedom has lead to Dead Rising becoming a popular franchise, and after a year of being an Xbox exclusive, Dead Rising 4 has made its way onto the PlayStation 4 in a BIG way.

Dead Rising 4 puts you (FINALLY!) back in control of series hero Frank West. I have never really understood Capcom’s thought process of excluding Frank from the other two entries. Yes, Frank was playable in Dead Rising 2’s DLC, but as the main character, Frank is by far the stronger one compared to Chuck Greene or Nick Ramos. But yes, Frank is back, and it is back to Willamette for everyone’s favourite photojournalist. Set in 2022, Frank is now a college professor trying to live out the rest of his days in peace. This obviously doesn’t last long when one of his students (Vick) convinces him to follower her to a secret government facility where there are some unethical zombie experiments going on. After this, Frank’s image as a national hero is somewhat tainted, so he is convinced by the head of the ZDC (Zombie Disease Control) to return to where it all began, Willamette, where a new outbreak has occurred. In return for his help, Frank is promised to have his name cleared and to get the exclusive story, but Vick is already there trying to figure out just what is going on in Willamette, again. 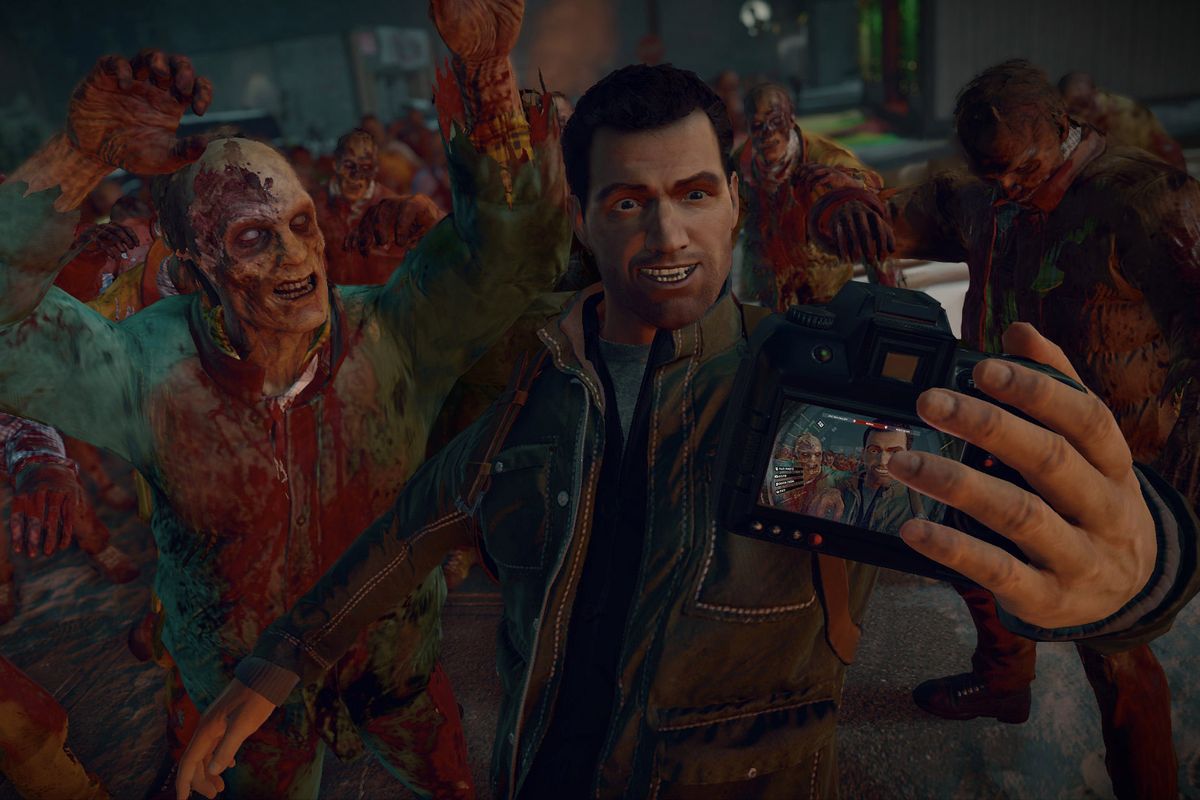 The story is obviously nothing original, but it does offer some truly funny moments, mainly courtesy of our wise-cracking photojournalist hero. Now, fans of the series will undoubtedly be gearing up to try and beat Vick to the story in a set amount of time, say, oh I don’t know, 72 hours? Well, they would be dead wrong, I am afraid. Dead Rising 4, for better or worse, features no countdown. Capcom’s intent here was to make players truly explore Willamette and find everything they can without the counting down clock looming over them. In some ways, this is great. There are so many collectibles, blueprints and other items to find here, and the worry of the clock counting down before you get anywhere near the end is a huge relief, but it also takes away the sense of urgency you felt in the previous instalments. Dead Rising has never been a particularly hard game, sure you will die as you become too cocky in your zombie murdering antics and you get surrounded and eaten, but generally, they are not hard to play. The countdown timer was the difficult aspect of the gameplay, and with that gone, Dead Rising 4 has lost that sheer panic the previous games had when you check and see the time limit is a lot lower than you thought. The benefits of not having the countdown do outweigh the negatives, however, and there is no rush to kill however many zombies you wish, and this really is the whole point to this series: killing the undead.

Which really has never been more fun than in Dead Rising 4. It is still incredible the sheer number of zombies that will fill your screen. There are literally thousands of zombies just waiting for you to kill them in any way you can think. The amazing thing is there are no framerate issues here. I did not encounter a single one, even when there were hundreds of zombies right in front of me and hundreds more not far away. The series staple of creating outrageous weapons to do away with the living dead, of course, returns. Blueprints are scattered all around Willamette ready for you to create the next zombie killing machine. The great thing is when you find a blueprint, the materials you need are generally there ready and waiting for you to try out. Just to save some time as well (not that there is any need), you can quickly create these contraptions if you already have one or more required parts in your inventory and you come across the last bit needed. The weapons you can create have not gotten any less ridiculous either. Fancy creating a giant ice sword that freezes anything on impact? Yep, sure that’s here. What about a swordfish launcher? Of course, why the hell wouldn’t that be an option?! Oh, how about an electrified Christmas wreath? Well, it is Christmas now after all, so it would be stupid not to include that, surely? Oh yes, I seemingly have forgotten to mention that part. Dead Rising 4 takes place after the Black Friday sales, so it is the season to be jolly and murder thousands of zombies. 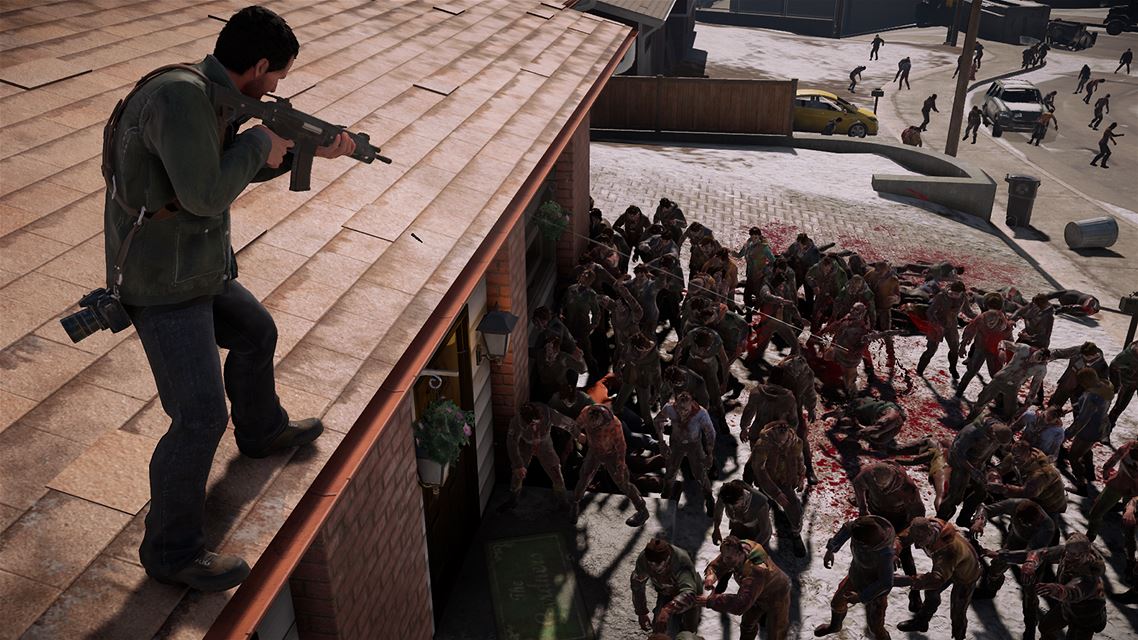 Aside from making the ludicrous but genius weapons, there are still many other fun ways to kill the undead with just ‘normal’ weapons. Chainsaws, baseball bats, Molotov cocktails and shopping carts are all around in great numbers. Weapons will still break after so many uses, but there will never be a shortage of things to pick up and hit zombies with. Scattered around the map are also Exosuits. These are time limited to around two minutes’ worth of play if you can’t find a charger and turn Frank into a glorified Terminator which makes things very fun with thousands of zombies in front of you. While in the Exosuit, you can use the suit’s strength to hit cars and buses so they go flying into the horde or just beat them with your metal fists. There is a great defensive use for the suits as well, as they give you unlimited stamina, so if it all becomes a bit too much, you can just run to the hills. Guns are also back, but like in the rest of the series in general, they are the least fun way to dispatch the undead. They are mainly used for the human adversaries you will need to end. Shooting never feels that effective as the camera work in Dead Rising 4 and the series in general has never truly been designed for gunplay. It can be quite frustrating trying to line up a shot with the camera. 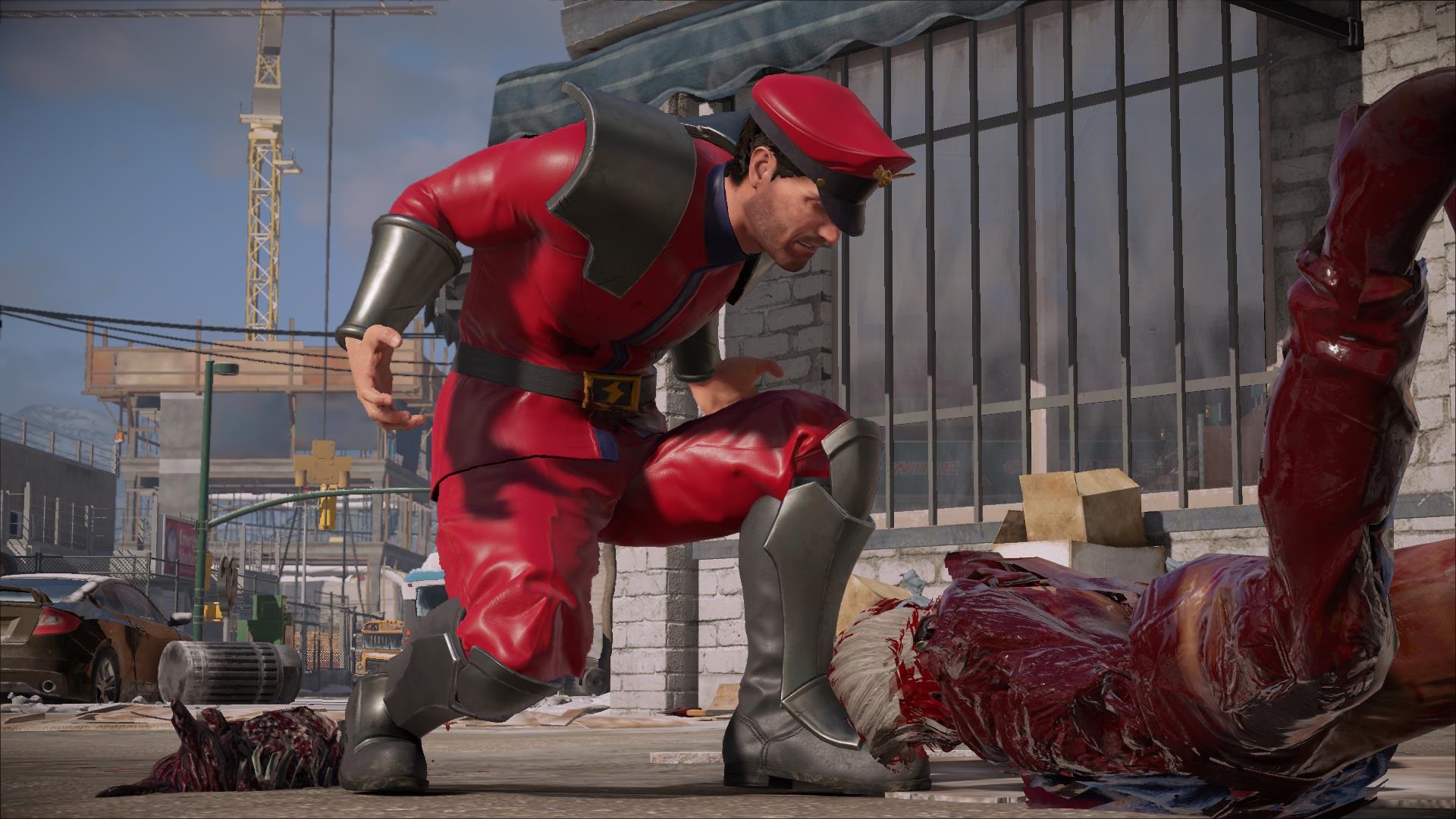 What makes the PS4 release of Dead Rising 4 more enjoyable is that it ships with all the DLC released over the last year while it was an Xbox exclusive. Super Ultra Dead Rising 4 Mini Golf is just what it sounds like, it is mini-golf with zombies which you can play by yourself or online. This really is just a quick distraction mode, but it is a lot of fun. Capcom Heroes is probably where most people will spend their post-completion time. It is essentially the full campaign again with a twist, and what a twist. Instead of finding blueprints for weapon building, you will find arcade machines. Upon finding one of these machines, you will be given the chance to play as one of 16 heroes from Capcom’s various titles. That’s right, folks, you can kill hordes of zombies as Dante from Devil May Cry or Ryu for Street Fighter. The heroes work a bit like the Exosuits where it is obviously only for a period of time, but it is still so much fun to run and blast zombies as Mega Man. The last bit of DLC is Frank Rising. In this Frank has turned into his mortal enemy. Yes, Frank West is a zombie. It happens after the conclusion of the main story, so it is advisable to wait to play this until you have finished the main campaign. Frank Rising is fun, but it is a bit hit and miss. You start off as an all-powerful zombie with some really cool abilities, but after being sort of cured, you lose these abilities. You can get them back by completing some challenges, but it is not as simple as it seems as the timer makes a return to the DLC here, and you only have an hour and a half!

Multiplayer also returns to Dead Rising 4, but again it is different compared to the rest of the series. No longer can players play through the main storyline with a friend in co-op, there are now four specifically designed multiplayer episodes which you play along with three others. There are numerous objectives that need to be completed before moving onto the next episode, and it is fun to play through, but playing cooperatively with a buddy through the main campaign is still the better choice, and it is a bit disappointing that Capcom has left that option out completely. 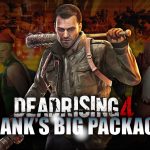 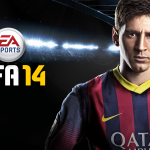 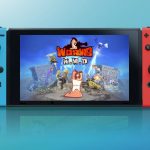