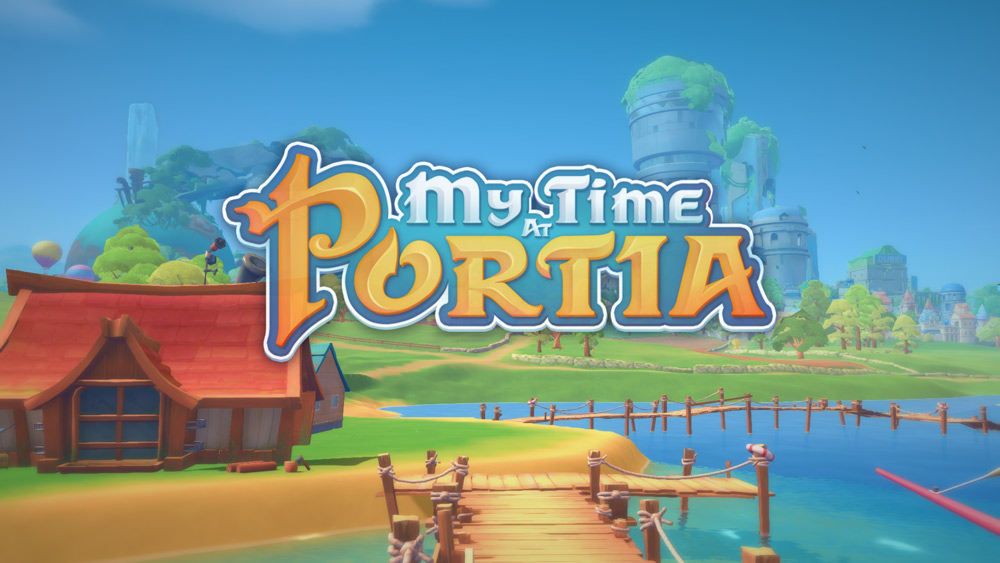 Harvest Moon has been a pretty popular game for quite a long time. It might seem weird to start a review of an unrelated game by mentioning Harvest Moon, but fans of the series (genre, maybe?) will probably know exactly why. Since the release of Stardew Valley, PC gamers have finally had a legitimate way of getting their farmy social-fix in a more than polished package. My Time at Portia is a game which seeks to offer a similar experience to games like Stardew Valley and Harvest Moon but with a distinct twist. Usually, most games of this type have a heavy focus on farming, with other activities such as socializing, mining and combat becoming secondary objectives. The twist in the gameplay here is that crafting, mining and combat are your main gameplay focuses, completely foregoing the farming elements present in most other games in this genre. The social elements are still present but remain in a secondary capacity much in the same way as they do with Harvest Moon and Stardew Valley. 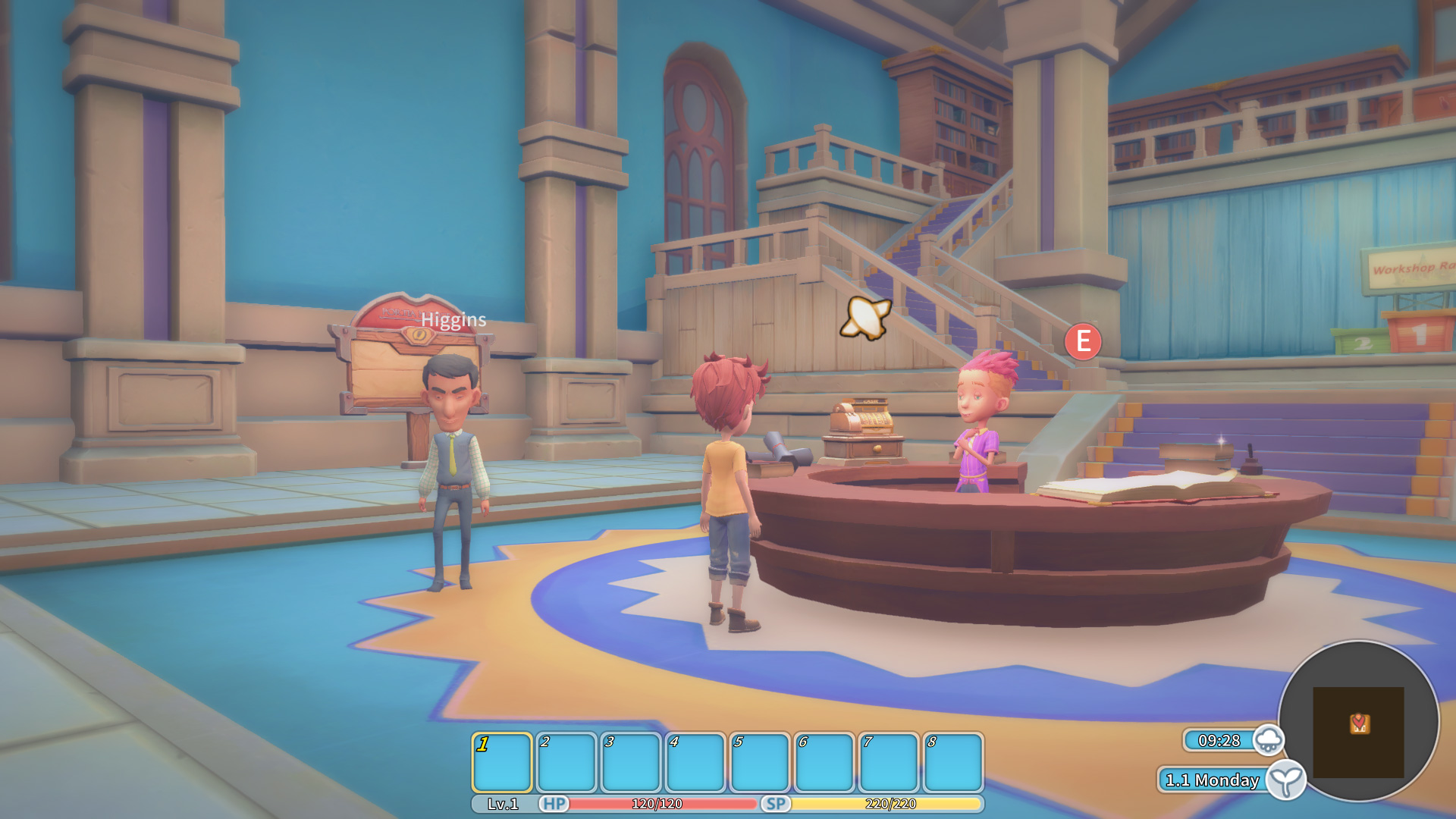 In a narrative opening which might seem familiar to some, you are given ownership of your father’s old workshop. You are introduced to the local town government and pretty quickly settle into creating commissions for the townspeople to earn money. It is not mentioned, at least not early on, why your dad isn’t around. Dead? Missing? Abducted by aliens? Your guess is as good as ours. Crafting is handled in a similar as it is in many other crafting-based games. You collect resources from the environment and cobble them together at a workbench to make new items, but this is only true for smaller objects, like new tools or complex components. The larger items, such as workstations which unlock more items to craft, must be made on a crafting station. This crafting station works slightly differently as you must select a blueprint from your handbook and then bring the required materials up to a ghostly outline of the item you’re crafting. This is a system which has been used before to great effect in other survival crafting games, like The Forest. It works partially well here because it gives you a good visual signifier of the progress you’ve made with a recipe, which is important for when some of the recipes can take you days and days of in-game time to prepare.

The mining elements of the game run using a voxel based system, similar to games like 7 Days to Die and Lego Worlds. Unlike in those other games, the mining is relegated to specific quarry and ruin instances, so you’re not able to completely ruin the beauty of the overall game worlds. A slight issue with these mining systems is that they’re locked behind an in-game pay-wall, meaning that every time you want access, you have to pay 80 in-game currency to pay for maintenance costs. This isn’t much of an issue once you’ve hit your stride and are earning decent amounts of money, but at first it can be difficult to earn the cash you need to keep accessing the mines. The one bonus to this system is that you are given a jetpack and a relic scanner every time you enter the mines. This makes the mining system both more enjoyable as a whole but also just easier to navigate. As you can dig down to a seemingly infinite level, it could become a chore to climb back up again, something you might find a lot in something like 7 Days to Die. Having a jetpack means that no matter how deep you dig, you should always be able to find your way out. The other item you are given is slightly less exciting. The relic scanner literally just places yellow dots deep underground for you to dig towards. When you arrive, you will find items, sometimes rare ones, sometimes not, and that’s about it. The relic scanner probably has more practical applications for the rest of the gameplay, but that doesn’t mean that the jetpack still isn’t more exciting.

The primary reason for you to access the mines is to gain more resources for the higher-tier crafting jobs you receive. At first you can make do with the resources that you scrounge from the ground around your workshop, but eventually you need to have better access to more plentiful resources, such as a tree farm for wood and the mines for ores/stones. The crafting in the game has a very Minecraft quality to it but not in the way that the crafting actually works. Instead, the game, or at least the crafting, is similar to Minecraft because you can start playing it at 7 AM, and the next time you look up from your computer, it is several days later and the dog has crapped all over your house. The constant cycle of getting requests, mining, crafting and then getting better requests with the new tools your money has bought you can keep you going for hours on its own. You can also access dungeons after a certain point, where you can find more items and gain experience by slaying deadly monsters. This part of the game can be hard to get to at first, because you must be high-level enough to beat all of the city’s soldiers in sparring matches (we’ll get to that), luckily not all at once, mind you. 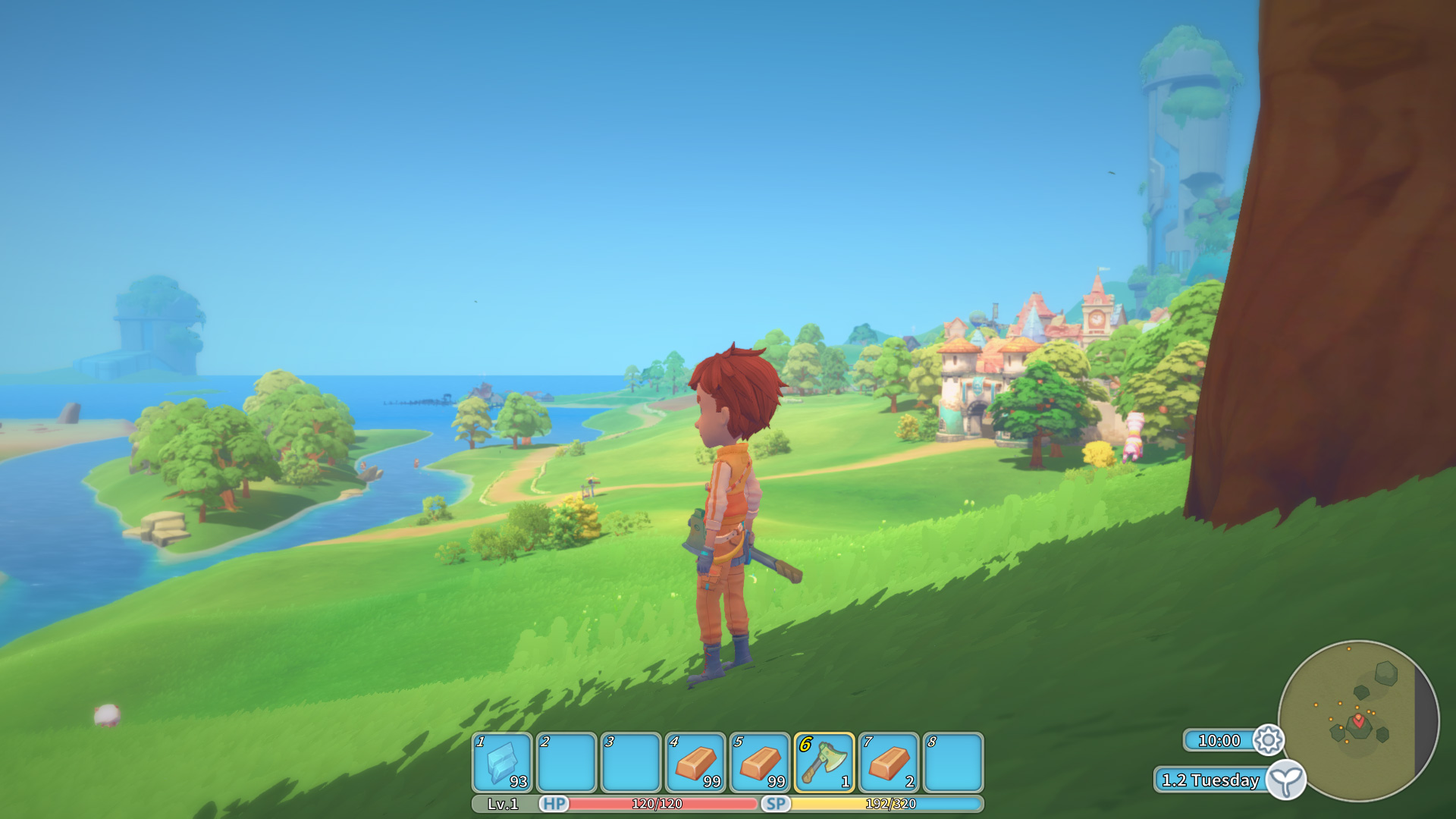 Obviously, there are also the aforementioned social elements to explore as well. They’re somewhat more in-depth than the sort that you can find in Harvest Moon, although that isn’t saying much. Instead of simply being able to only converse with people or give them presents, you have several options with how to socialize. Firstly, you can just chat or present them with a gift. This is the standard stuff that you might have expected from any game chasing this particular niche. Interestingly enough, you can also play Rock, Paper, Scissors with people. This really only serves to increase your social meter in the same way as conversing does, but it is nice to have a variety of options for it. The last major option is sparring. Basically, some character can have a punch-up with you, and this increases your social meter. That last one might sound a little wacky, and it’s definitely not something that you want to try from the get-go, but it is another cool addition to the social side of the gameplay.

It is also possible to date and eventually marry someone (note: we never got as far as marrying someone, but you can find a guy who sells diamond rings, so we just sort of assumed). This has to be done after you’ve built up enough of a relationship with someone, and there is a pretty big selection of characters to choose from. While it is possible to meet up with people as they wander about their business in the town, you are also occasionally invited to attend social events held in the town square. You’re notified of these events by receiving a letter about them on the morning that they are happening, which does mean you have to keep a real close eye on the letter box each morning when you leave your house. As if that wasn’t enough to do in the game, you can also cook! In a similar way to crafting, you have to get a hold of certain equipment and ingredients, and then you can prepare different recipes that give you different bonuses.

The game has a surprisingly high level of polish for an indie title that is still in alpha. Having said that, there are some definite signs that the game is not completely finished yet. The game world does feel a little small for a full-fledged game, and there are some areas that basically have ‘coming soon’ signs out front. The tutorial could also do with some tweaking as it doesn’t quite help to guide a new player through the experience as well as it could. On one hand, that does mean the game feels less ‘hand-holdy’, but it can leave new players a tad confused. The graphics of the game are completely adorable and feel like something akin to the cutesy-pie Windwaker aesthetic. Everything is bright and colourful, and the UI is presented with very cartoony graphics and sound effects. Overall, the music is very cheerful and upbeat, perfectly matching the game’s look. 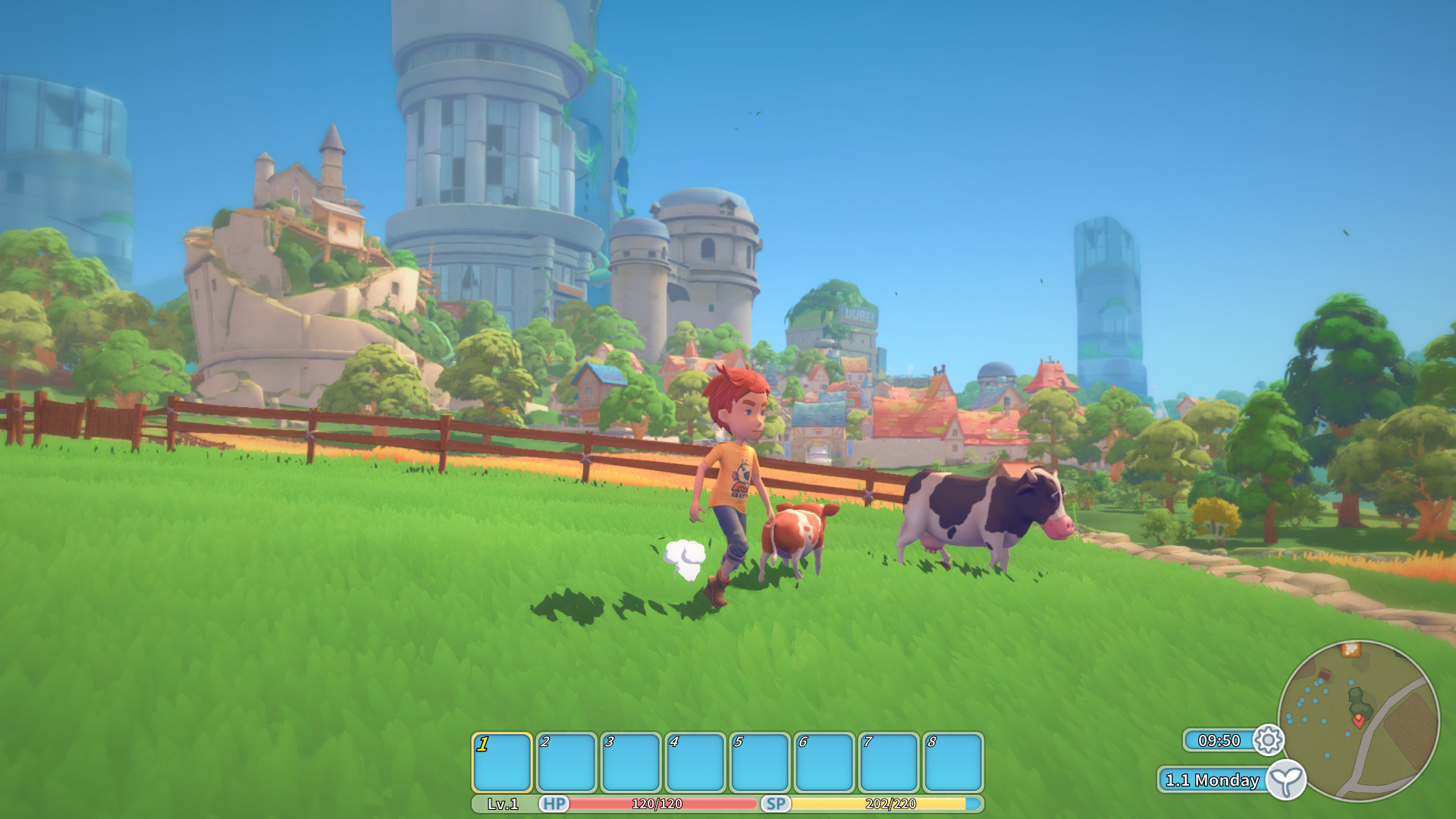 Overall, My Time at Portia has a stunning amount of potential and is already shaping up nicely considering that it’s still in an alpha stage. Obviously, the game still has a long way to go, but the developers are pretty active, not only on Steam but also on their YouTube channel. They make pretty regular vlogs about the game’s development and can often be seen conversing with fans on the steam community section. With the game becoming open to the public in January 2018, the future looks pretty bright for My Time at Portia. 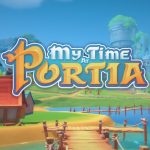 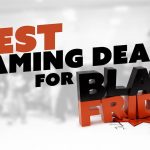 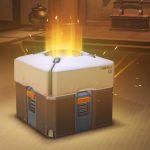