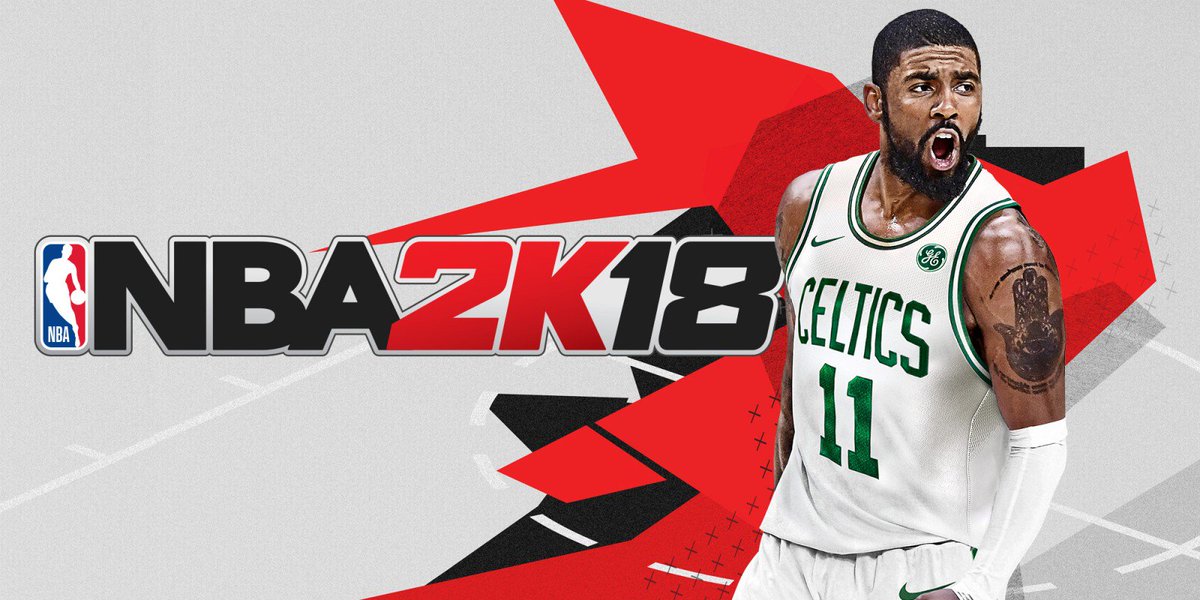 Ok, so let’s address the elephant in the room. The critical reaction to the latest entry in the generally excellent NBA 2K series has been shaped by microtransactions, with one prominent website even giving the game 3/10 as a result. Bottom line is, yes, microtransactions are integrated into the MyCareer mode and, yes, using them will significantly speed up your progress throughout the game, the choice is basically grind or buy. Reactions to this will no doubt be on a spectrum, with some gamers boycotting all games with microtransactions, some reluctantly accepting them as a natural consequence of the spiralling costs of game development, and a small group presumably relishing the opportunity to use their bank balance to rapidly create a legendary virtual player. Personally, I find it hard to justify spending real money to improve in-game stats, but I also refuse to condemn those who do, it’s the obvious choice for the cash-rich and time-poor. It’s also a reality that we’re now going to have to live with, they are, quite frankly, never going to go away for the simple fact that they are now a vital source of income for game developers who are seeing their costs grow exponentially as they push the technological and gameplay boundaries. 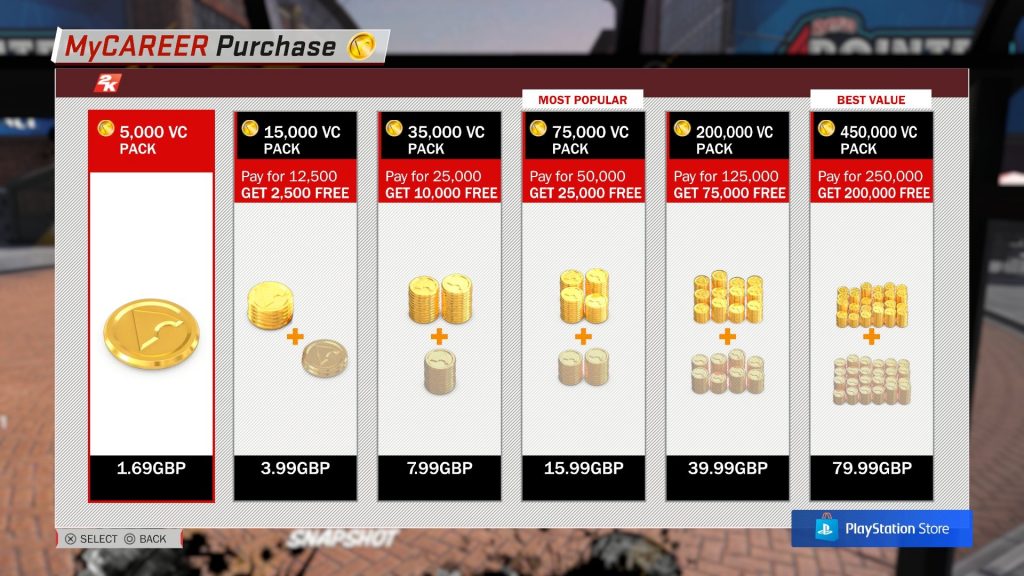 It’s hard to deny that the initial implementation was heavy handed – whoever thought that charging 1,500 virtual currency (VC) for a haircut wasn’t going to cause problems definitely needs a stern talking to – but it’s a great sign that 2K responded to these concerns by slashing some prices and making other changes. Those haircuts now cost 100 VC, for example, although it still grates that you can’t preview them before purchase. The same patch added the ability to see all your attribute stats when upgrading them, although again the fact that this needed to be added after release is baffling. How much the VC issue affects you will also depend on what exactly you want to do in MyCareer, my battle for a starting spot in the NBA felt like a gruelling but realistic challenge, but my sojourn onto the street courts was a pointless waste of time – the apparent lack of any level-based matchmaking dumping me in a game with skilled players whose abilities were far in excess of my own. One final general point about VC, it’s important to remember that you can earn it across all game modes, even just playing exhibition games, and downloading and regularly checking into the NBA 2K18 mobile app will also give you a little boost.

Ultimately, these decisions have to be made on a personal level and, personally, the whole VC thing didn’t bother me that much. Some of this may reflect my love for the game (and, indeed, the series), but I like that the grind is justified by, or at least reflected in, the story that the game tells. Yes, 2K18 is probably more of a grind than 2K17, but that makes sense in terms of the narrative: In last year’s game, you were Prez, the high school and college standout who was destined for NBA greatness as part of the iconic ‘Orange Juice’ partnership with Justice Young. In 2K18, you’re DJ, a player who left college to pursue his music career and who, in the game’s opening, manages to just about squeeze his way onto an NBA roster by impressing in a streetball tournament. Follow the NBA path, and you’ll initially play just a few minutes a game, with your involvement gradually increasing as you develop your skills and make the most of the limited opportunities you’re given. 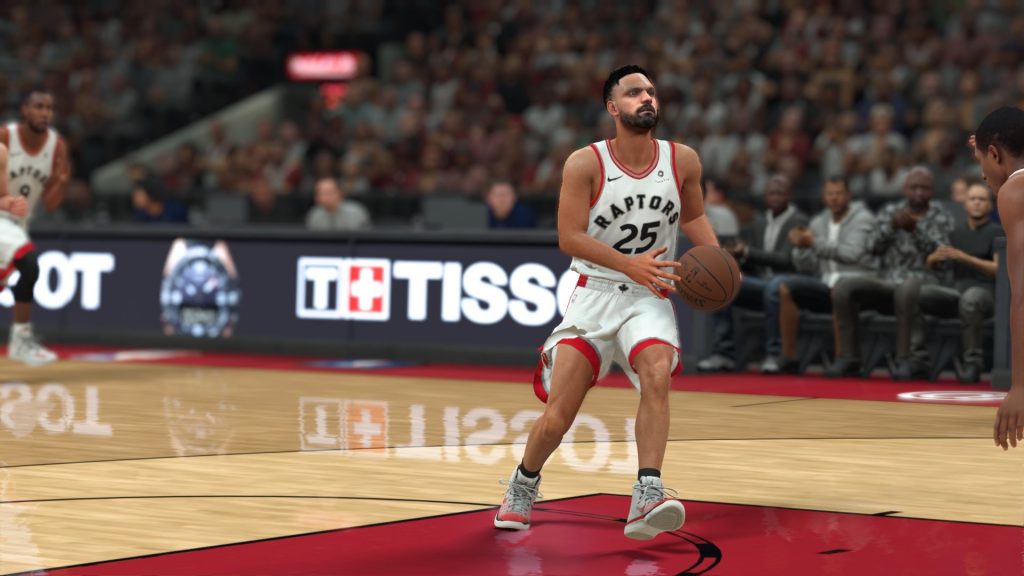 In short, it’s the classic tale of the underdog, and every milestone feels earned, each text from a coach telling you that your minutes will be increased a virtual pat on the back for a job well done. When, having managed to level up my digital doppelgänger from the starting 60 to 69, I got the call to be in the starting lineup, it was genuinely a huge moment, as virtually momentuous as defeating a particularly tricky boss. You may progress quicker, but it’s hard to imagine that paying eight quid for 35,000 VC and rapidly boosting your stats offers quite the same feeling of elation.

On the court, it’s hard to argue with the marketing slogan, NBA 2K18 really does look and play better than ever. Visually, it’s simply stunning, Visual Concepts have reworked all the player faces from scratch for more detail, resulting in some startling likenesses that even replicate cosmetic features like scars, stretch marks and faded tattoos. They also changed the way eyes and teeth react to light, and now, if you look closely, you can see reflections of arena lights in players’ eyeballs. Of course, all player tattoos are present and correct, along with what the devs say is the biggest collection of scanned shoes in the series’ history. Bodies have also been redesigned to ensure that each player moves like their real-life counterpart and that this has a real impact on gameplay. And then there are the jerseys, in an attempt to replicate the new outfits that will be worn in the 2018 NBA season, the fabric is more dynamic than ever before, moving around the contours of players’ bodies thanks to advanced cloth simulation technology. While this is not always 100% successful (the fabric sometimes looks too heavy and occasionally moves so much it looks like the jersey just doesn’t fit), it’s a wonderful example of the attention to detail on show. It’s just a shame that, in comparison, the coaches look a bit static and are lacking detail on their clothes, bringing them up to the same fidelity as the players is one obvious goal for next year, while some work on the cheerleaders would also help keep up the generally amazing look of the game. Some clipping aside, NBA 2K18 has some of the best graphics on the PS4, with insanely detailed player models moving with an almost balletic grace and fluidity. 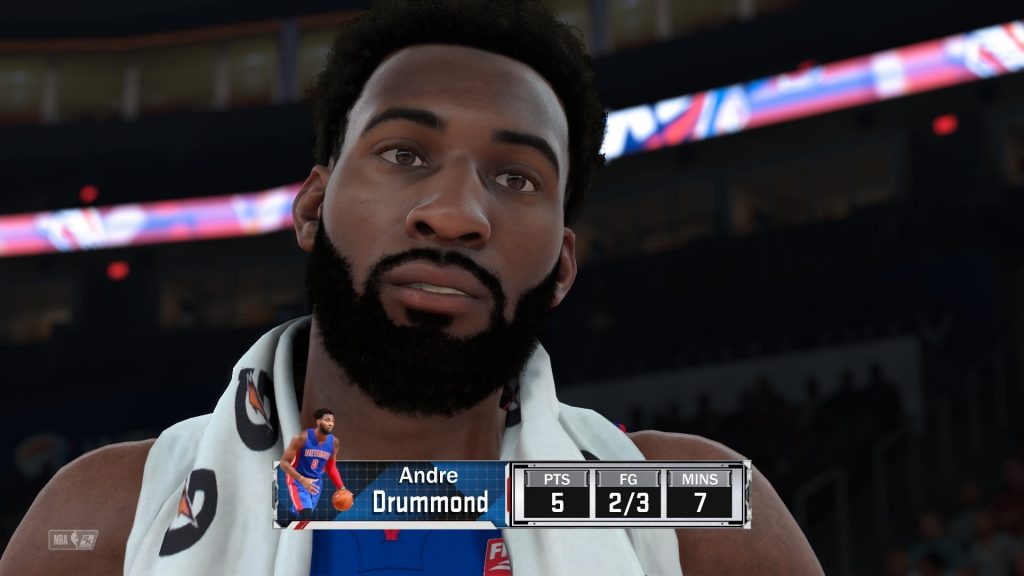 Once you get the controller in your hands, those adjustments to body shape really come into play, with 2K18 giving a much better sense of the physical differences between NBA players. It also feels like improvements have been made to the AI of both teammates and the opposing team, resulting in a more satisfying challenge. The shot meter has also been moved from the feet under your player to beside their head, making it easier to keep an eye on. This all builds on the NBA 2K series’ excellent fundamentals, and the game is generally a joy to play, a fluid and responsive replica of the rhythms and momentum shifts of the real NBA.

The commentary and presentation also continue to be superb, with NBA 2K’s array of experienced analysts and commentators now bolstered by the odd appearance from a bonafide legend, with Kevin Garnett and Kobe Bryant both having recorded audio for the game. Ernie, Shaq and Kenny return like old friends and continue to precede broadcasts with everything from bird impressions to analysis of coaching styles and the benefits of an experienced roster. Finally, kudos to whoever pushed for finally putting national anthems in the game, a stirring rendition of “America the Beautiful” or (in the case of the Toronto Raptors) “O Canada” in a sea of popping flashbulbs is a great counterpoint to the frenzied action to come.

Another big addition is all-time teams that give players the opportunity to play with dream line-ups that cross historical boundaries, so the all-time Knicks features both Carmelo Anthony and Patrick Ewing, while playing with the all-time Lakers allows you to combine the talents of Magic Johnson, Kobe Bryant, Kareem Abdul-Jabbar and Shaq (with Wilt Chamberlain, Elgin Baylor and Pau Gasol among your options from the bench). New classic teams have also been added, with a notable bias to more recent NBA history, something that should delight millennial NBA fans. 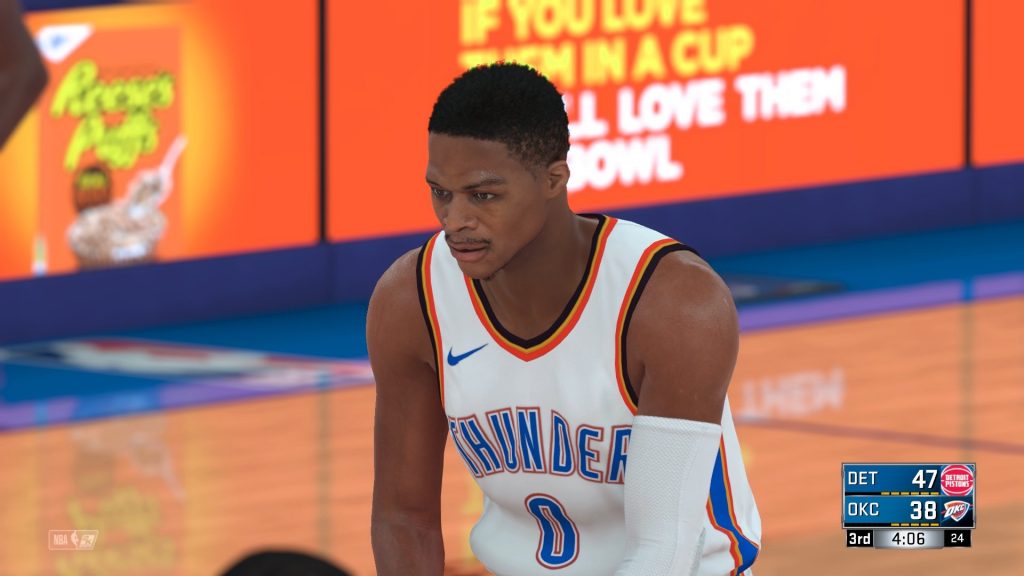 NBA 2K practically invented the idea of a story-driven career mode, and MyCareer continues to provide the best experience of its kind, cutscenes are lightly interspersed between games and are well-written, amusing and filled with a great cast of diverse characters. 2K18 doesn’t force its story down your throat, but it does give you a sense of what players go through off the court; with your rookie taken under the wing of a veteran role player, your agent shouting nonsensically about the need to “eat what you kill”, and your motormouth best friend driving the uptight Head of PR up the wall. There’s the usual mix of fake social media, in-game text messages and meet ups with NBA stars to keep you engaged, and the game does a fantastic job of tracking and commenting on your performance. The big change this year is, of course, “The Neighbourhood”, an MMO-style social space (think The Farm from Destiny but with more brownstones and less aliens) that in practice resembles a micro-GTA that you can wander around, with different buildings (the training centre, the gym, the barber shop, the tattoo parlour, Footlocker, the NBA store etc.) acting as gateways to polishing your skills and customising your character. Cynical players may view it as a giant menu screen, and it could have more atmosphere, but it’s certainly more engaging than never being able to leave your apartment a la previous NBA 2K titles. One final note on MyCareer, the menu screens used to progress to games and upgrade your player have been completely redesigned and now feel far more dynamic, a nice touch given how long you’ll spend staring at them.

The only major misstep comes in the much hyped MyGM: The Next Chapter, a new story-driven mode that has your created player suffer a career-ending knee injury and then step into the sensible shoes and tailored suit of an NBA GM. In theory, it’s a great idea, but it’s fatally undermined by the decision to have all story told through text boxes that sit beside mute gesticulating characters. It feels more like a 90s RPG than a 2017 AAA blockbuster and is a baffling decision given the level of polish found throughout the rest of the game. Aside from this, both MyGM and MyFranchise offer the usual level of frankly intimidating complexity, with this year’s additions including the G-League and Supermax contracts. Finally, MyTeam has also had an overhaul with new card designs, autograph cards and game modes.

Ultimately, NBA 2K18 continues to be the sports sim to beat, offering an unbeatable combination of stunning visuals, dynamic gameplay and a truly superb career mode. The VC thing will be an issue for some, but it really shouldn’t detract from what is an absolutely fantastic game. 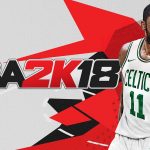 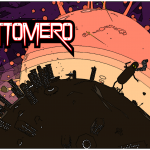 Jettomero: Hero of the Universe Review 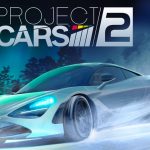