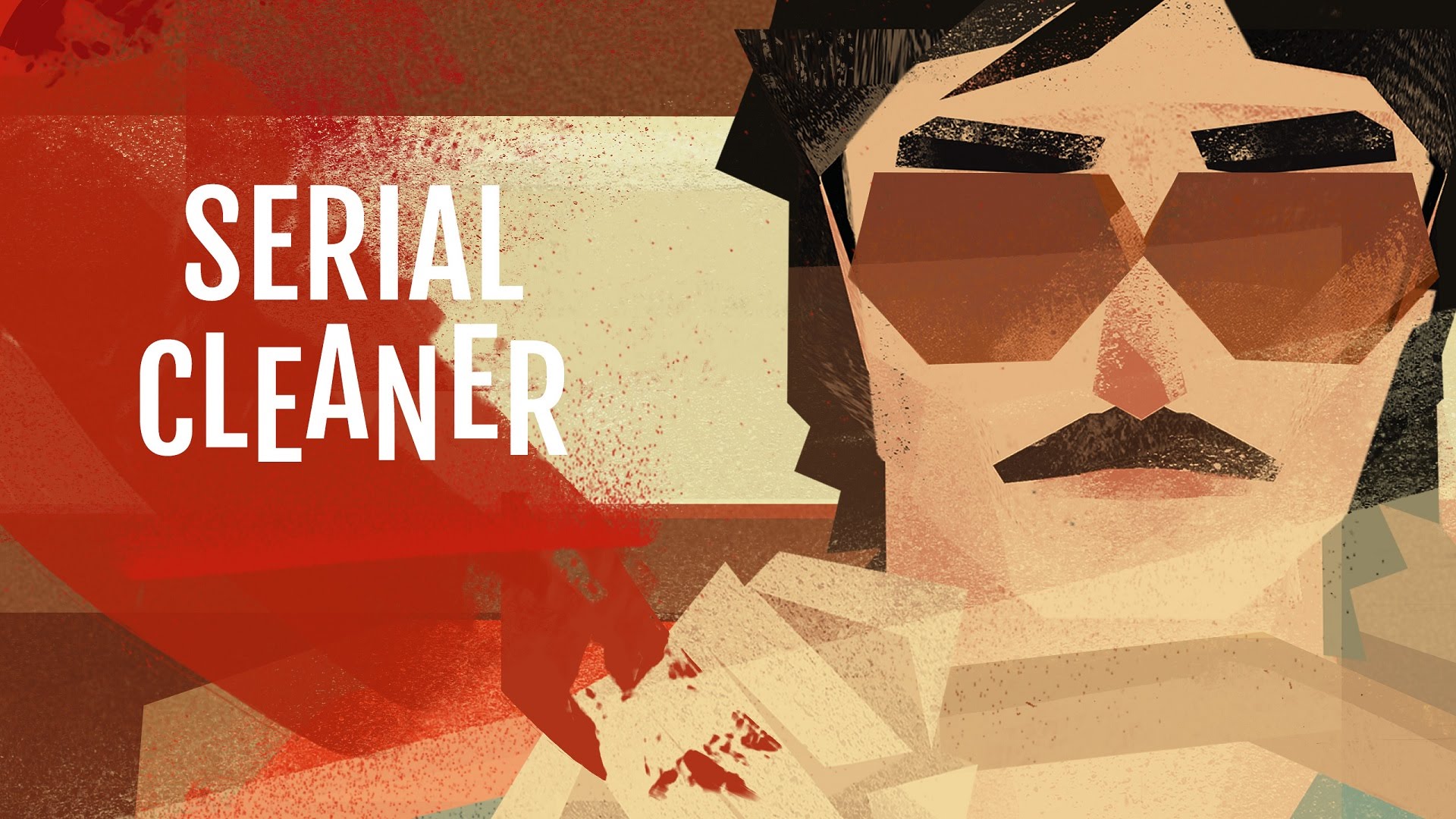 Sometimes the name of a game can convey its entire premise in a split second, and Serial Cleaner is definitely one of them. The game follows the exploits of a ‘cleaner’, a man hired by criminals to clear away their messes so they don’t get caught by the police.

The storyline of the game mainly follows the cleaner’s daily life as he lies to his mother about the type of job he does and tries to stay one step ahead of the police while trying to survive the American suburbs of the 70s. Because of the time period of its setting, the game is heavily stylized to fit with the aesthetics that the 70s brought us, lots of browns, reds and moustaches. There is a decent amount of hinting at a wider story concerning a serial killer, and the infamous Zodiac Killer is mentioned several times. This intrigue is built on between each mission as you listen to the radio, watch TV and check the newspaper each day for hints about what is going on in the world at large.

As you can probably tell, the game has a lot in common with and in some ways owes a lot to Hotline Miami. The primary difference between the two is that in Serial Cleaner you’re a non-aggressive character and are more often than not responsible for cleaning up the messes of the character from Hotline Miami. Whereas Hotline Miami had a philosophy of quick recovery from death and hyper aggressive risk taking, Serial Cleaner forces the player into a constant state of hyper vigilance and extreme caution. A lot of your time is spent passively waiting for enemies to move out of your way so you can make a brave dash to a hiding space or to grab a piece of evidence before they see you. 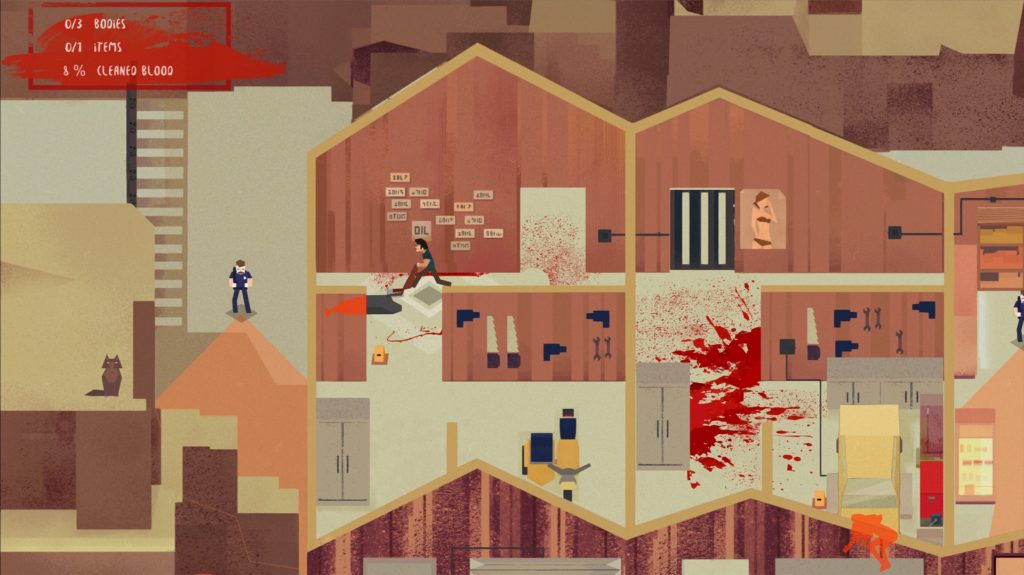 In most levels, your aim is to get to the crime scene to gather all the evidence that the perpetrator left behind, hoover up as much blood as possible and collect all the bodies. While you’re doing this, security guards or police officers are patrolling the scene, looking to collar you as soon as you enter their line of sight. The game can be extremely unforgiving at times though. Once you’re spotted by a guard or cop, you have to make a mad dash to a hiding space before you’re grabbed and arrested. The issue here is that once they’ve spotted you, getting to a hiding spot in time before they catch you can be a difficult prospect since they move much, much faster than you do.

There is also a semi-random element to the guards’ patrol routes, as well as the placement of the bodies, evidence and blood in crime scenes. If you fail a mission, you can restart it with the bodies you already managed to collect in a much more difficult position to reach. Sometimes a guard will also deviate from the path that they’ve so far followed consistently, surprising you mid-clean up and usually leading to you having to start the level from the beginning again. While this constant cycle of different attempts and failures worked well in Hotline Miami due to a quick pace and aggressive gameplay, it is much more tedious here. When you die, everything you’ve done so far is reset, meaning that if you’ve spent half an hour carefully picking your way through the crime scene, only to get caught on your way back to the escape point, you’ll have to do it all over again from scratch. This becomes especially annoying on the later levels when the maps become considerably bigger, and it can take a long time to clear away most of the level’s requirements. 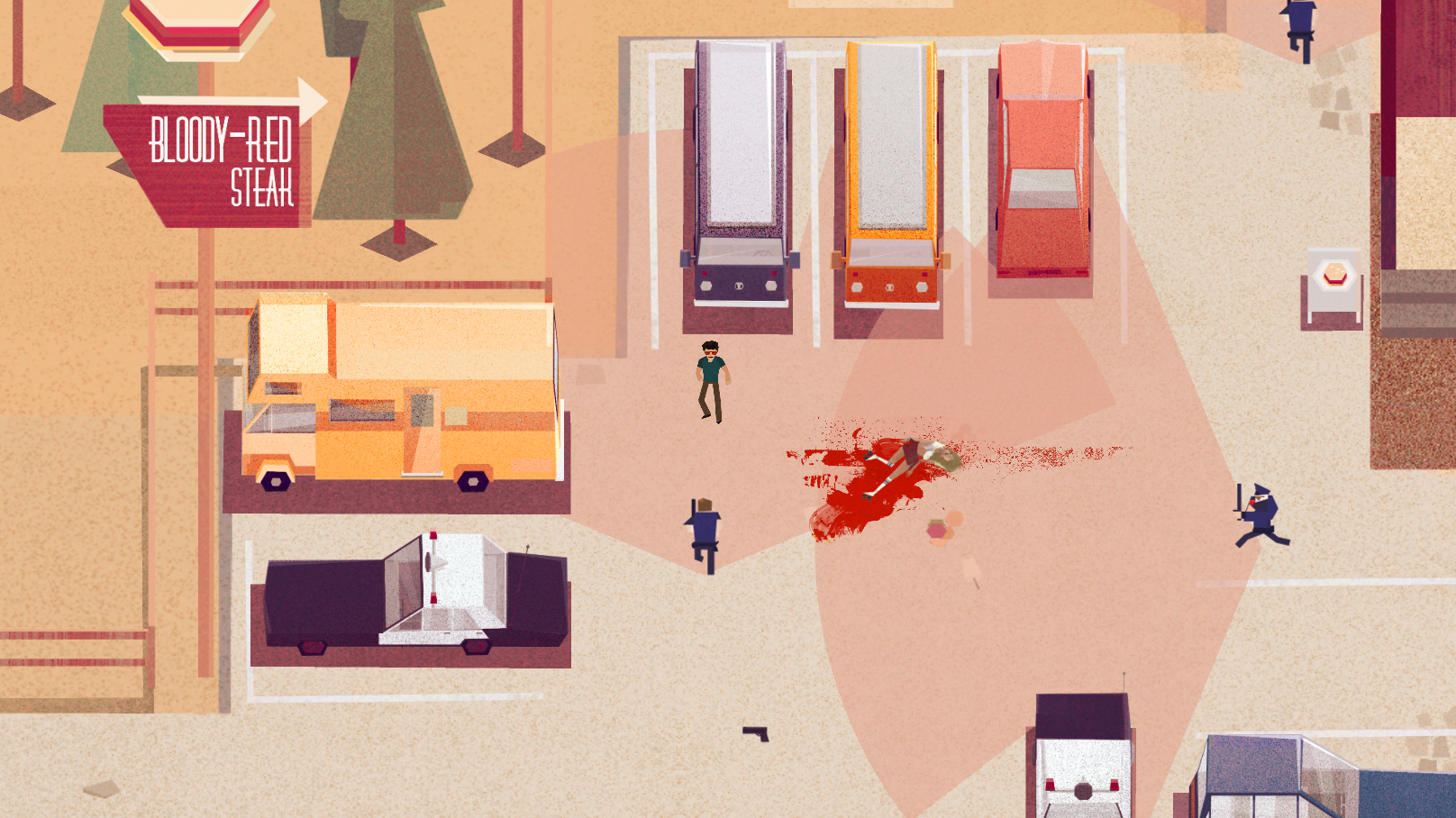 The amount of passive gameplay on display here is also quite surprising (unpleasantly so). It’s possible that 80% of your time in a level can be spent trying to figure out guard paths or waiting for certain pairs of guards to clear an area at the same time. Combine this slow pacing with the amount of punishment you suffer for death and the levels quickly become chores as they get longer and longer.

There is a lot to collect while you explore the levels, which can help to expand what you’re doing, but it’s hard to muster up the courage or effort required to collect them when a single mistake means going back to the beginning. Having said that, some of the unlockables include entire new levels based on several different movies, which can be quite fun to see, so sometimes collectables may actually be worth it. 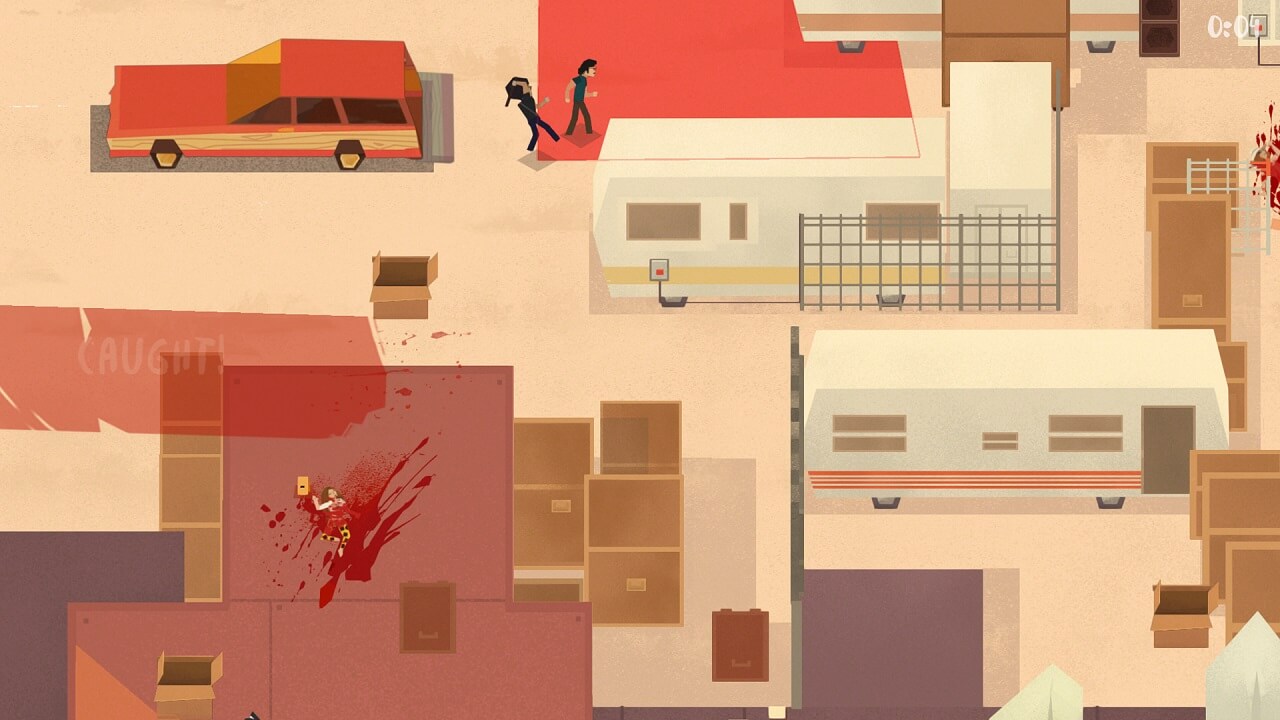 As stated earlier, the visuals do a decent job of fitting into the 70s aesthetic, and the main character looks like he was taken directly from the animated show ‘F is for Family’. Everything looks like it fits from the décor of the main character’s home to each of the different areas that you visit as you clean up gore and bodies. The colour palette was very carefully chosen to fit the muted tones that are generally expected of the 70s, and a good 99% of everything is wood panelled. The music also works well with the time period, at times being very funky with lots of jazzy sax solos and bopping bass. At other times, it approaches something similar to lounge music with a very chilled ‘stealthy’ sort of vibe going on. The soundtrack helps to set the game’s tone and is a joy to listen to, for the most part. 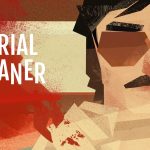 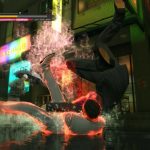 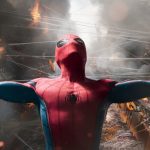