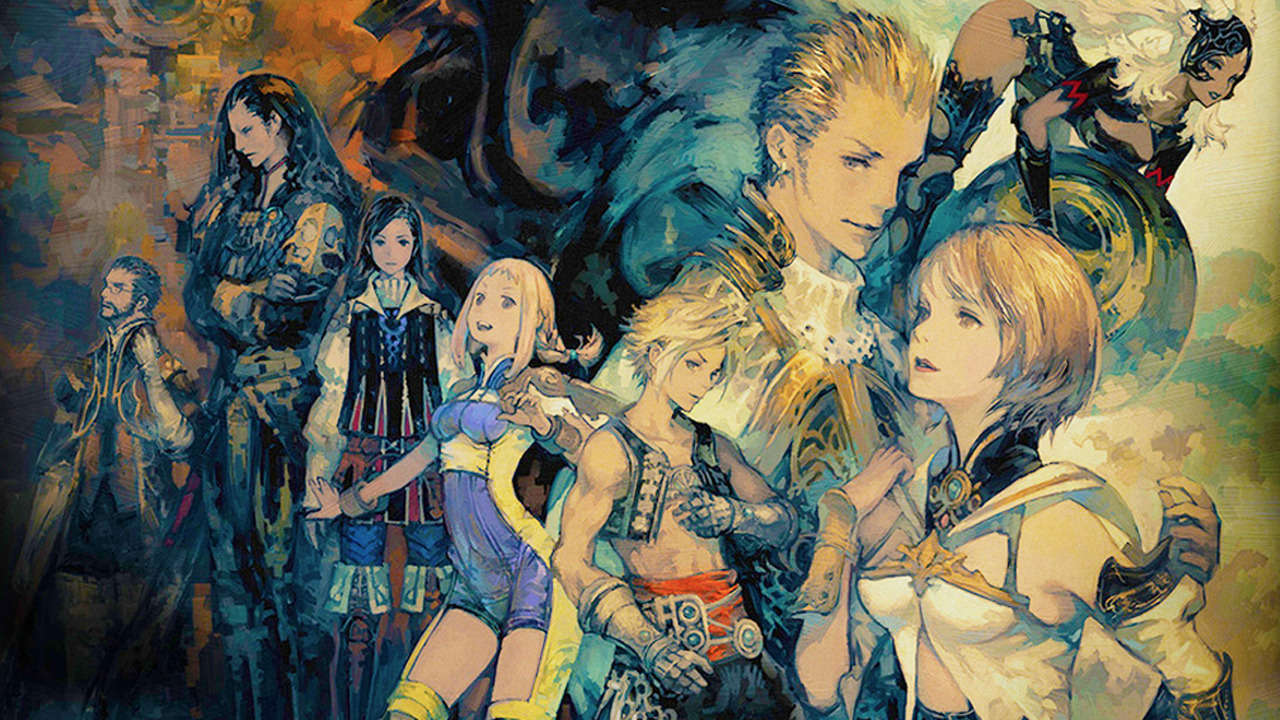 Remasters are a thing now whether we like it or not. Soon to deem previous generation consoles obsolete, or any reason to keep hold of them at least, giving old games a lick of paint and releasing them on current consoles is a trend that some gamers love and others not so much. It’s the classics that qualify for this makeover. Games such as Resident Evil, Devil May Cry 4, and Grand Theft Auto V have all undergone a facelift, much to their success, giving gamers a fresh take and more reason to play through them again.

Another series of games that has seen its fair share of remasters is the Final Fantasy series. Final Fantasy X, X-2 and Type-0 have all gained new leases on life on the current generation due to this marmite treatment, but now it’s time for another entry in the long-running series to raise its head from the depths of retro. Final Fantasy XII, a PlayStation 2 gem, one of the last of its kind before a new era in gaming began with its successor, the PlayStation 3, and it was because of this that it was overlooked by most, never seeing the light of day on Sony’s new platform. But fast-forward to present day and the PS4 gives way to one of the best RPGs of its time. 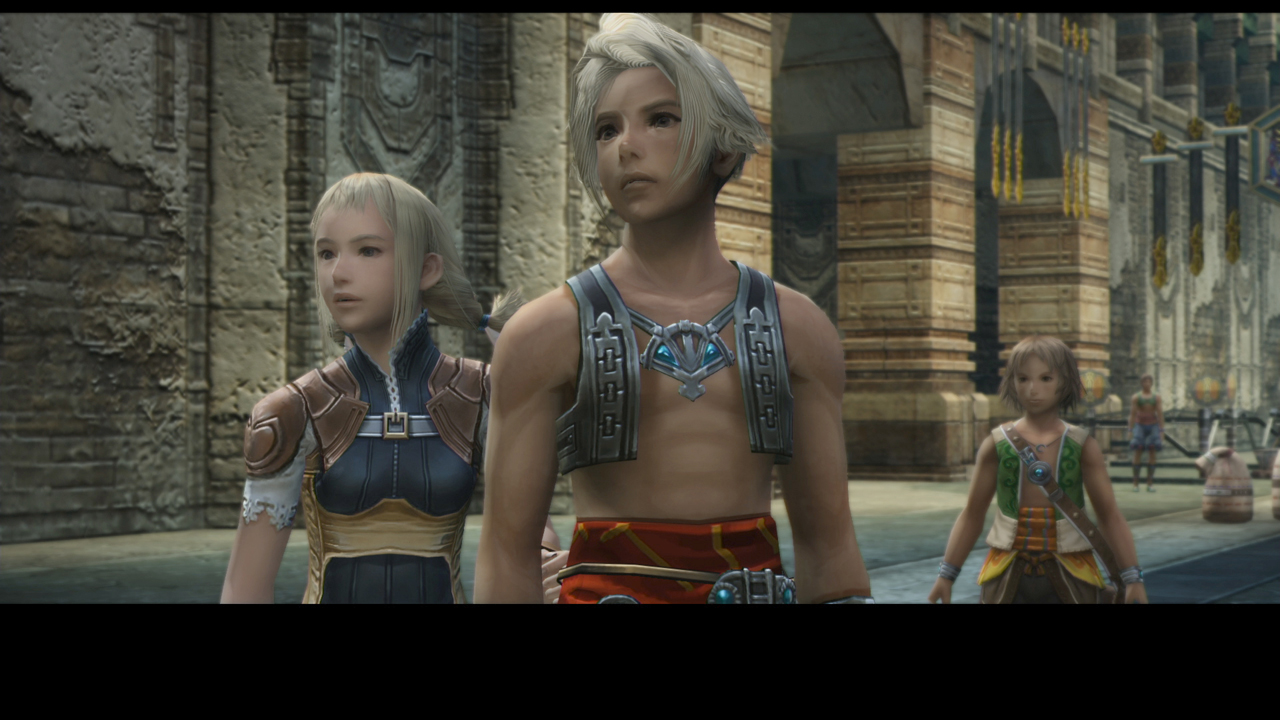 Final Fantasy XII introduced us to the land of Ivalice, a world embroiled by a conflict between two warring countries, Archadia and Rozzaria, with a small nation in-between, Dalmasca, caught in the middle. We were also introduced to Vaan, the new protagonist and a young man with a grudge due to the demise of his brother at the hands of the Archadian Empire. He dreams to one day become a sky pirate and help win this seemingly endless war. At the beginning, Vaan is a petty thief, an Aladdin-type who steals for himself and his sister, Penelo, but it’s not long before stealing a special artefact from the Royal Palace puts him on his long desired path. It’s a deep plot with a lot of lore. Whilst the war takes up the leg room, Vaan’s background, his reasons for fighting and his relationships with his newfound peers, the smooth, witty but sarcastic Balthier and the mysterious yet strangely sexy rabbit-eared woman Fran, make Final Fantasy XII one of the strongest games of the series.

The gameplay is classic Final Fantasy with a major twist to its combat. Final Fantasy XII introduced a new system. Gone were the randomised battles to make way for free-roaming engagements. Enemies are seen patrolling the game world with players able to engage if they desire. When combat begins, players are able to give commands in typical Final Fantasy style; however, they are also able to move around freely. Furthermore, you are able to issue certain instructions to your AI companions. These are called Gambits. Gambits can be programmed to each party member to have them perform specific actions in specific situations, allowing you to create a party like a well-oiled machine. Actions such as reviving a KO’d ally or casting Thunder at an enemy with low health make all the difference in all sorts of combat situations; they can also be swapped and changed at will to handle different types of enemies. This Gambit system keeps each encounter exciting and fresh. Failing at a certain boss? Maybe change things up to gain the advantage. 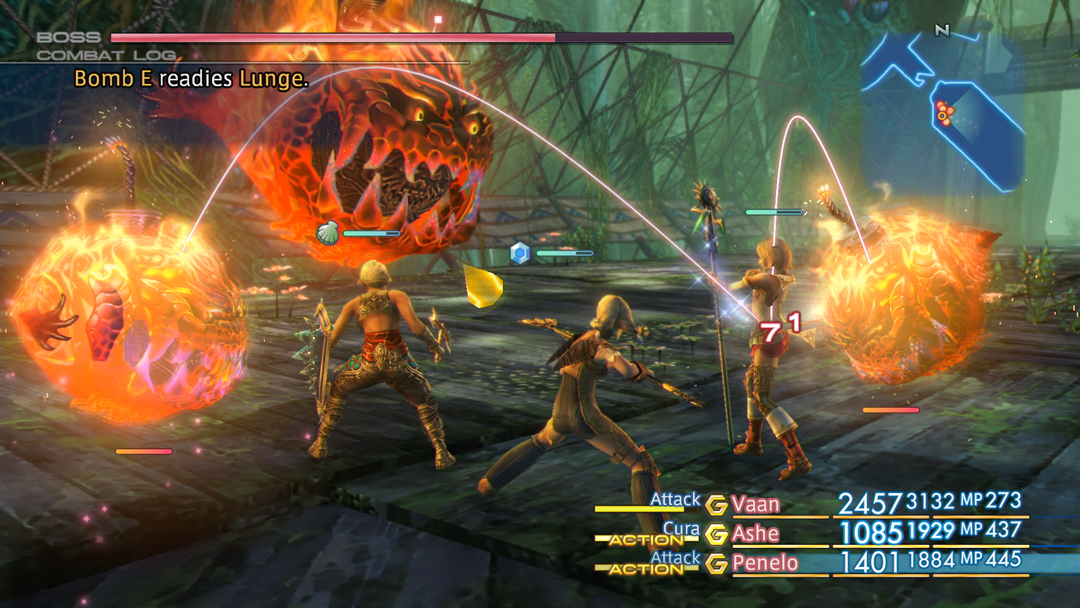 New to the freshly dubbed Final Fantasy XII: The Zodiac Age is the change to the job system. Each party member can now adopt two jobs out of a choice of twelve. Affixed to each sign of the Zodiac, jobs range from Knight, who specializes in up close and personal combat, and Machinist, who favours firearms, to Black and White Mages with their respective magic spells at their disposal. Each job has its own grid of licenses which unlock the use of armour and weaponry, more Gambit slots, boosts in health, magic potency and physical damage, as well as new spells and abilities if you have purchased them. This system of character growth and progression gives unprecedented depth to the RPG formula that we grew accustomed to back in the day, which is taken for granted nowadays.

Another addition to The Zodiac Age is the ability to speed up play with two settings. This is a godsend when grinding but can land you in hot water if you’re not careful, as you can easily wander into high level enemies that will wipe your party out in a heartbeat. This new feature though is Square Enix’s acknowledgement and remedy to the slow-paced traversal and irritating inconvenience of wandering, and we welcome it. 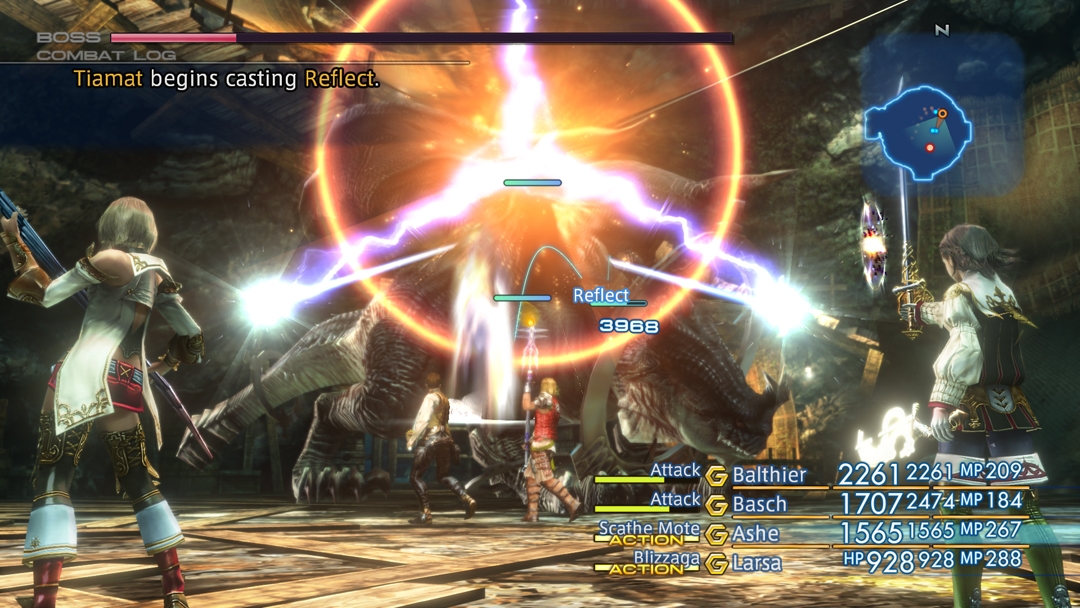 The most striking feature of The Zodiac Age is the presentation overhaul. Character models, facial expressions, particle effects, environments and cutscenes have all been given huge improvements in the graphics department, making Final Fantasy XII: The Zodiac Age look amazing, even by today’s standards. The edges are significantly sharper, colours are brighter, environments are gorgeous and bigger draw distance all make The Zodiac Age a looker. It’s hard to believe that this was a PS2 title, Square have done an amazing job here. That goes for its audio too with new orchestral arrangements of all in-game tracks granting new ambiance, and if you don’t like the new soundtrack, it can be easily reverted back.

There’s no better time to introduce yourself to, or reintroduce yourself to, the land of Ivalice. Its stellar storytelling, world building, character depth and deep combat and progression system make Final Fantasy XII an incredible RPG for fans and non-fans alike, and with its new and improved graphics, job system and Gambits, The Zodiac Age is the best way to play this classic entry to a classic series. 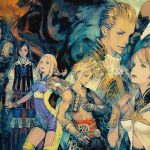 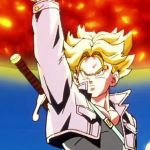 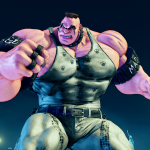