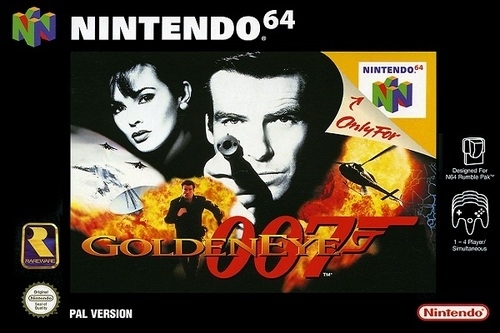 It’s the age old argument when it comes to Retro games:

“Does that game hold up?”

It’s a question thrown around now with such reckless abandon that I’m almost unsure what it means anymore.

How do you constitute if a game “holds up” or not? Is it about gameplay? Graphics? Music? Or some other intangible that you can’t really put a finger on?

The answer, I believe, is some combination of all of those things, and I’m strongly of the opinion that Goldeneye 007 on the N64 very much does hold up, even if it’s become something of the go to example of a game that doesn’t for some people (as both this and this readily show).

I don’t know what it is about Goldeneye that makes it such a target, especially when it’s still so thoroughly enjoyable to play. Yes, the first person-shooter has evolved drastically since the mid 90s, and there are far more refined shooting experiences to be had in modern times, but that doesn’t change how fun Goldeneye is. Just because a genre improves and evolves doesn’t automatically make what came before it bad. 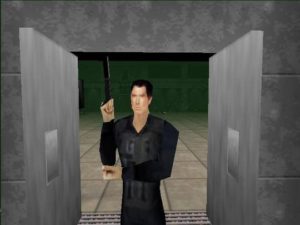 If I could use a sporting example, does the incredible footballing prowess of the 2014 World Cup winning Germany side automatically make the 1974 winning side bad? If you had them play each other, the 2014 side would likely beat the 1974 side thanks to the advancements in the sport over the 40 years between the two triumphs. Sports science and the evolution of tactics would likely mean that the 2014 side would just be too fit and tactically astute for the 1974 side to deal with. This doesn’t change the fact that the 1974 side are still widely regarded as being an excellent side who were very much deserving champions (outside of Holland, at least).

Something being the best it can be right now doesn’t make what came before it any worse. Goldeneye was probably the best original shooter to hit consoles when it first came out. Doom had seen a strong release on the PlayStation, but games like Quake II and Medal of Honor were still yet to find their way onto the console market, and other FPSs were hardly world beaters. With its, at the time, revolutionary use of the N64’s vaunted analogue stick, Goldeneye was fresh, exciting and, most importantly, a heck of a lot of fun to play. 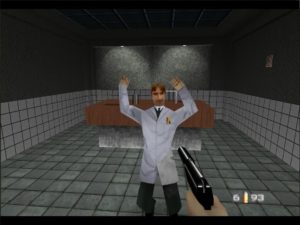 Yes, the controls these days are hardly as smooth when compared to games like Call of Duty 4: Modern Warfare, but that doesn’t change the fact that the game is still very playable and intuitive. Being forced to manually aim with the cross-hair can be a bit fiddly, but for other scenarios the auto aim is more than adequate. The opening level is excellent, with tight set pieces, strong level design, and sections that get you used to the core gameplay. You’re not asked to do any manual aiming save for shooting a lock on a gate at the end of the level. This means that newcomers to the genre, as I was when I first played Goldeneye way back in the day, could ease themselves in and weren’t overwhelmed straight from the off. However, the level also includes a sniper rifle, for which more experienced players can have fun picking off hapless guards at range using the manual aiming. As consequence it’s a level you can come back to time after time. It’s still one of my favourite opening levels to any game.

The graphics are hardly amazing to look at now, and there is some bad slow down when the screen gets filled with enemies, but the game is still very playable despite this. Special shouts have to be given to the soundtrack, which is still one of the best of its generation with both Facility and Frigate being particular standouts.

I think what ultimately still makes Goldeneye fun even today is that it truly gets James Bond. It gives you what you want from playing as 007. You get to drive a tank through the streets causing mayhem, use a laser in your wrist watch to escape an exploding train, and you get to mow down constant streams of lackeys while wearing a smashing tuxedo. It’s something that countless Bond games that have followed it have failed to match. It’s a series that’s seen so many misses when it comes to translating what made the movies so good into the medium of video games, which is why a game like Goldeneye is so special. Goldeneye gave fans the Bond experience that they’d always wanted, which is why it was so successful at the time and why it still enjoys a loyal following even today. I defy any true lover of Bond to not at least enjoy that aspect of the game if nothing else. 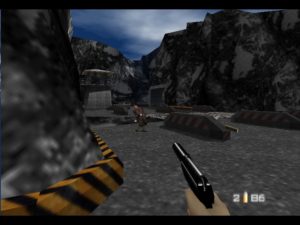 I think it speaks volumes that a lot of people have fonder memories of Goldeneye the game than they do of the movie. This game resonated with people on a level that few games do. I’m not denying that there are games that are much better shooters, but to judge Goldeneye solely on that is to do it a massive disservice.

Goldeneye is about more than just graphics and gameplay. It’s a game that captured the essence of James Bond and decanted it into the hearts of its fanbase. Its single player campaign is a love letter to the spy genre and its multiplayer was probably the best of any game during the fifth generation. It was certainly the game I most enjoyed playing with friends back in those golden days (please pardon the pun), and I think it’s high time we put this retrospective hate for it to bed.

We have a ten year cut off here at Gaming Respawn when it comes to what we class as “retro”. It may seem arbitrary to some, but we feel it’s a good barometer. It’s far back enough to be nostalgic about something while still recent enough that it that it settles on our collective consciousness.

You can watch YouTube video of the excellent Train level, courtesy of Graslu00, by clicking right HERE

Luke looks at what could be in the Portal companion cube, and you can read his chilling theory by clicking HERE 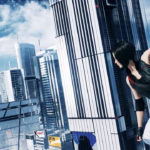 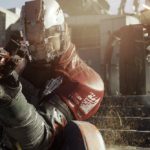