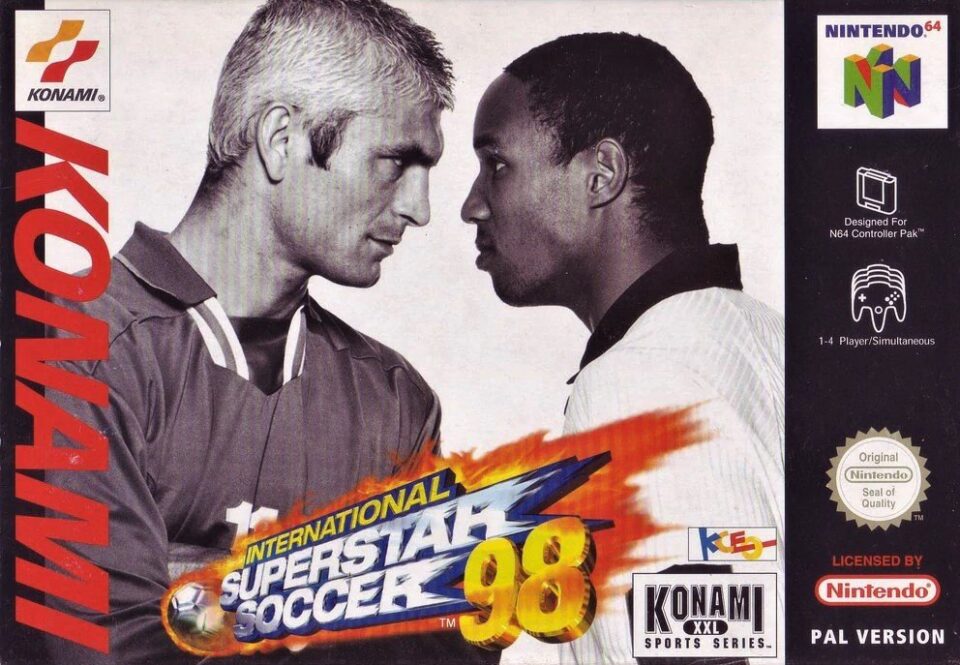 I’ve spoken in the past about how much I love International Superstar Soccer Pro 98 here on Gaming Respawn before. It’s no secret that I consider it one of my all-time favourite games, and my love for it only makes it all the more annoying that Konami is such a ship show these days when it comes to game publishing and development. ISS Pro 98 was solely a PlayStation release, but the Nintendo 64 also saw its own Konami football-em-up around the same time period in the form of International Superstar Soccer 98. I’m happy to report that N64 fans were not ripped off, although their ISS experience was notably different from those that owned SONY’s trademark grey slab of video gaming excellence. 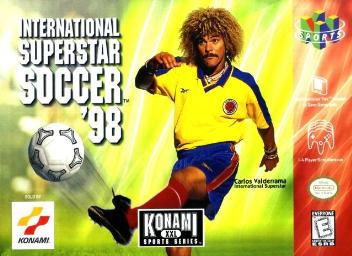 Both developed and published by Konami, International Superstar Soccer 98 was released for the N64 in June of 1998 over in Japan in order to cash in on the upcoming FIFA World Cup in France that year. Indeed, a lot of football games released during this timeframe had the aim to do similar. Video games were so hot during this period of the fifth gen that more than one publisher decided that bringing out games in order to tie into the usual big hype that surrounds football’s premier tournament would be a sound business move.

North America and Europe would have to wait till the autumn until they could get their copies of the game, with Konami using the same box art that ISS Pro 98 had in order to market the games. This meant that American video game enthusiasts had big-haired footballing icon Carlos Valderrama on the front of the box, whilst we over here in Europe got Fabrizio Ravanelli and Paul Ince having an intense staredown. It is amusing that Konami went to the trouble of putting real players on the front of the box like this when the game itself wasn’t actually officially licensed outside of Japan.

International Superstar Soccer 98 received almost universal praise from pretty much every outlet, and it retains a mightily impressive score of 91 out of 100 over on aggregate site Metacritic. This isn’t a massive surprise considering that Konami was really starting to get a reputation for being the best in the industry when it came to football games around this time, a reputation they would hang on to well into the 00s until EA finally got their FIFA series back to an acceptable standard. 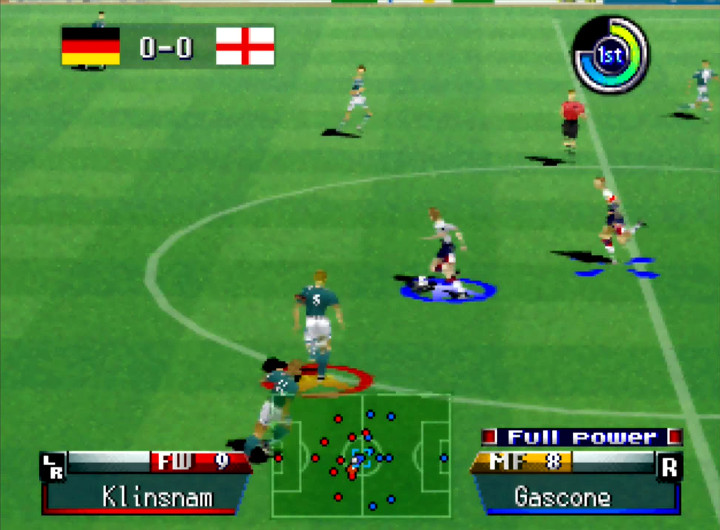 I enjoy more simulation-focused football games, but I also like to kick back and play some more arcade-styled soccer shenanigans, provided it’s done well, and International Superstar Soccer 98 tackles the genre very well indeed. Matches are often exciting back and forth affairs, with both teams going heck for leather in an effort to score as many goals as possible. Big score lines are not out of the ordinary, and games are regularly fought at a furious pace. You can try and slow things down with some, thankfully, quite accurate and smooth passing mechanics, but that never really feels quite “right” most of the time you do it.

International Superstar Soccer 98 is not the game for those who like to patiently play it out the back with lots of passing Tikki-Takka style, and honestly, that’s fine. International Superstar Soccer 98 knows what sort of game it wants to be and commits fully to being the absolute best version of itself that it possibly can. The game runs smoothly and is very much a “pick up and play” release that anyone can enjoy regardless of their experience level. Those who don’t play a lot of games but just want a quick kickabout can be just as at home as those hardened players who want to squeeze absolutely everything out of the cart as they possibly can.

Blood and thunder regularly supplant science and sensibility when you play International Superstar Soccer 98, and that can lead to some truly frantic games of togger. I decided to pick two of the weaker sides for my first match just whilst I was picking up the controls and went with Uzbekistan vs Kazakhstan on a snowy winter’s eve. What followed was a belting game of footy where it ended 2-2 at full-time until I was eventually able to maraud over the finish line with a 4-2 victory. The fact I had to come from behind to pick up that win made it all the more exhilarating. Another game between Switzerland and Italy saw me come out as a 6-3 winner after the Italians had twice put me behind. Another game with France whilst I played as Liberia ended 5-4 after George Weah ended up turning on the skill when I needed it most.

Fun is the order of the day with International Superstar Soccer 98, and boy did I have lots of it. One critique of the gameplay would be that the difficulty jumps to near ridiculous levels when you go up as much as even one gradient sometimes, with it going from easy wins to impossible, even though you’ve only increased the difficulty slightly. This was not uncommon with Konami’s football games from this era though, with the Pro Evolution Soccer series having a similar issue. Even the FIFA games from this period had this issue. It’s a bit of shock when difficulty levels have been fine-tuned on modern sports games to such a degree now that the veritable third bowl of porridge is never too far away, but it’s only a minor critique, for the most part.

One area of the gameplay that did really annoy me though was that you have to sit around and wait for the CPU player to rearrange their formation and make subs, which just takes a crowbar to the flow of a match sometimes. You do literally have to sit there and watch whilst the computer swaps players in and out of the line-up, and when they also want to adjust the formation and the man-marking, it can take literal minutes before you’re back in the action. Why Konami thought this was a good idea is beyond me, and to be honest, it might have just been something they had to do due to the limitations of a cartridge over a disc, but regardless, it causes no end of frustration sometimes. 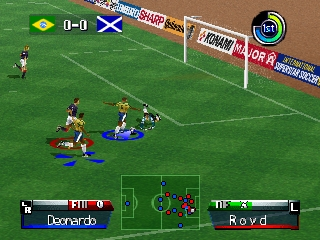 International Superstar Soccer 98 shows its age a bit these days when it comes to the visuals, but it still looks okay, for the most part, especially when it comes to things like the players’ kits and the weather effects. In a nice touch, sometimes players will slip in the rain or snow, with both the rain and snow looking good. The assorted stadiums look good as well, with them conveying size nicely and the crowd effects really adding to the atmosphere. The crowd reacts to the action taking place in front of them, with crowds actually behaving differently depending on where in the world the match is taking place. For instance, when I was playing as Liberia against other African nations, you could hear drums being played in the background, and the tempo would pick up when I won a corner or got in a position where I might score a goal.

I will say that nailing the general “feel” of a football match was always something that Konami did well dating all the way back to the first ISS on the Super Nintendo, and they carried that through to the PES titles as well as International Superstar Soccer 98. Tony Gubba shows up to handle the commentary like he does for ISS Pro 98 on the PlayStation, and for 90s video game football commentary standards, he does an excellent job. There’s the odd issue, of course, such as ol’ Tone sometimes demanding a penalty kick for a foul that happens out in the centre circle, but in general, he enters a solid performance here, and he’ll sometimes even say, “Welcome back to the match,” if you happen to need to pause the game for some reason.

One thing I did notice when I played the game is that it tends to slow down a lot when a player scores and celebrates. I’m not sure if this is something that happens by design or is a case of slowdown. I was playing the game on real hardware with a PAL copy of the game with the Expansion Pak plugged in, so it could just be that this is something that is unique to us over the pond and that American players wouldn’t experience the same issues. I know that sometimes there is notable slowdown on PAL versions of games in comparison to the NTSC version due to American games being calibrated for 60, whilst we Europeans are calibrated for 50. 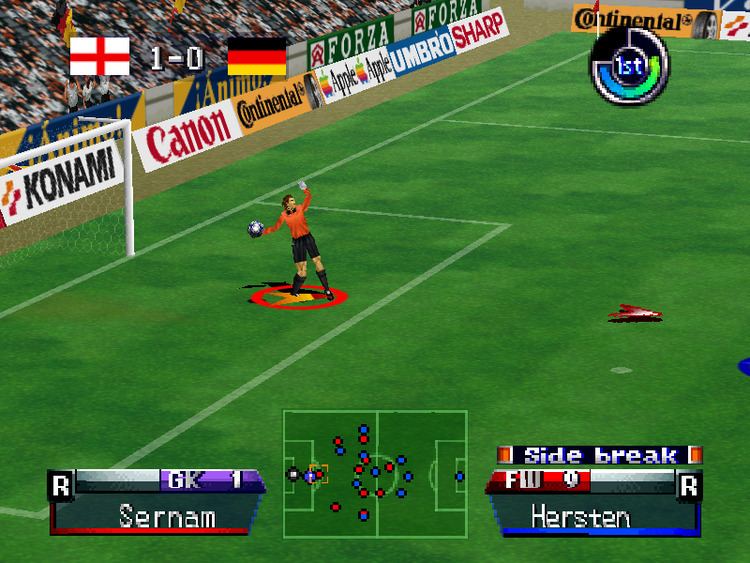 Another annoying aspect of International Superstar Soccer 98 is that it requires a Memory Pak in order to save games, and the file size eats up an entire Pak all by itself. Considering the main Cup and League modes require you to work your way through a series of matches, including qualification when it comes to the International Cup mode, you are probably going to need the ability to save unless you’ve got time to sit down and beast it out. Both of those modes are enjoyable to play, and the nice selection of teams means you will likely want to try them many different times. There’s also the option for multiplayer as well, which opens the door for all kinds of madness and anarchy with your mates (please be responsible though and don’t have your buddies around for some footballing action unless you’ve all had your jabs and are symptom free).

Scenario Mode also makes a return as well, which sees you jumping into a game mid-match and either having to recreate a real-life result or turn things around to pick up the win. For instance, one Scenario I played was Italy taking on Russia in a snowy away leg, which actually happened in real life when Italy finished second in their World Cup Qualifying Group to England and then had to Play Off in order to reach the Finals proper. A lot of the Scenarios are based around World Cup Qualifying actually, with one game seeing you having to take control as Germany and fighting back against Northern Ireland, whilst another sees you as Australia trying to salvage a game with Iran. It’s a fun additional mode, even though I’m usually rubbish at it. 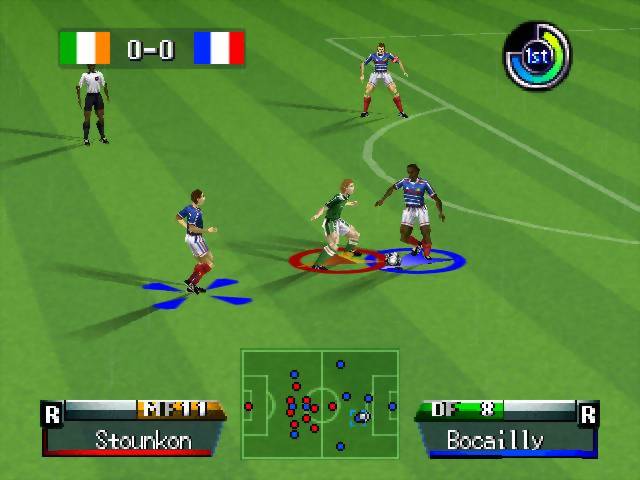 International Superstar Soccer 98 is an absolute belter, with only a few minor issues keeping it from perfection. Despite that though, it’s all kinds of fun both against the CPU and against fellow humans, and it’s a game all N64 owners should try to acquire for their collections. Even those who don’t actually like football should still be able to have fun with this due to how exciting and accessible the gameplay is. 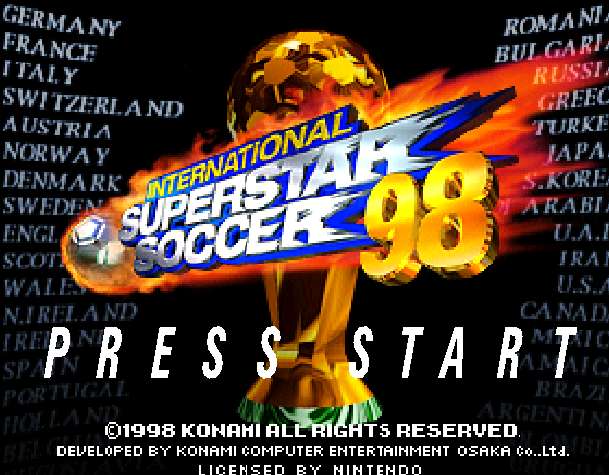 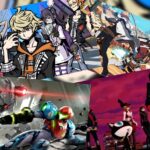 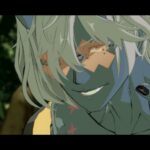