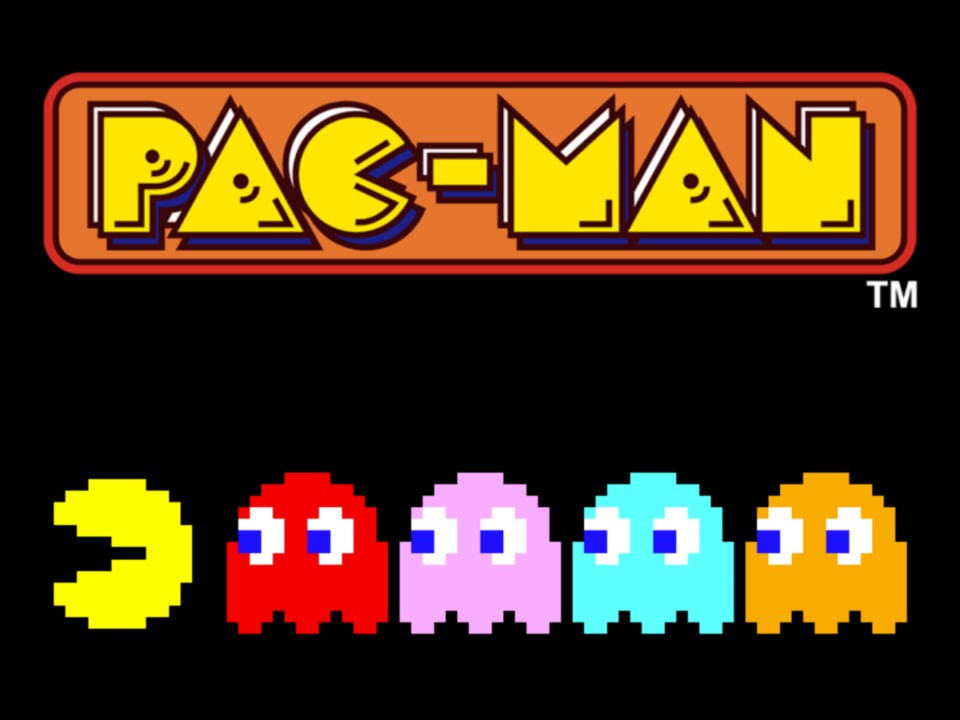 Pac-Man is very much one of those games that has become far more than the sum of its parts, with it being synonymous with the entire enterprise of video games for a lot of people who have never even picked up a controller in their lives. There have been sequels, spin-offs, cameos and everything else on top, but at its heart, Pac-Man is an addictive arcade experience that makes you keep wanting to shove coins in the cabinet to beat your previous score. Perhaps too much emphasis is put on how important Pac-Man is to the industry in comparison to discussing it as an actual game sometimes though, so maybe I’ll try and focus on that a bit more in this article? We’ll feel our way along, chomping dots as we go. 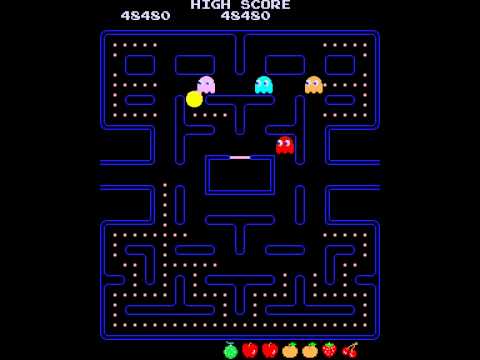 One of the reasons I decided to write about Pac-Man this week is that I’ve recently finished a month’s worth of articles where I talk about Ridge Racer (check out the archives if you’re so inclined, I’m quite happy with the series, if I do say so myself), and Pac-Man himself is liberally splashed across those games due to both series’ being from Namco. I don’t know if this counts as subliminal messaging from the lads and lasses over at Namco or not, but when I was mulling over what to write about, the cheery, big yellow dot-muncher came into my mind, and I decided to give his game some time. I’ve never really sat down and written about one of the truly vintage games that laid the table for pretty much the entire industry to sprout from before, so this seemed liked as good a time as any to do so.

Released in 1980, Pac-Man was originally called Puck-Man over in Japan (because he looks like a hockey puck), but as any fan of Scott Pilgrim Vs. The World will know, they changed the name to Pac-Man over here because they were afraid that naughty Westerners would vandalise the cabinets and replace the “P” with an “F”, which was probably a reasonable fear to have, in all honesty. There are plenty of positive things you can say about video game enthusiasts on this side of the East-West divide, but some of us are certainly not below a touch of delinquency sometimes, especially when the option to write a rude word presents itself. It takes every fibre of my being to keep these articles clean sometimes, especially when I play a bad game that really agitates my onions. Thankfully, Pac-Man doesn’t fall into that category though.

Developed by Toru Iwatani and a nine-man team, Namco published Pac-Man themselves over in Japan whilst Midway Games handled the publishing over in America. Iwatani apparently was looking to create a game that women could enjoy as much as men, feeling that a lot of games were about war and shooting stuff, which would be a turn-off for potential female players. Thus, the concept of a yellow puck-like creature (supposedly inspired by Iwatani seeing a pizza with a slice missing) eating dots whilst being chased by ghosts came to be, and it was an absolute monster hit.

As mentioned in the opening preamble, Pac-Mac is one of the most well-known and enduring video game characters of all-time and was one of the earliest to really break into the public conscience, in America certainly. As a series Pac-Man has brought in literally billions of dollars over the years and remains the mascot for Namco to this day. Songs, TV shows, t-shirts, toys, the Pac-Meister has seen his gurning grill slapped on pretty much everything over the years, with countless spin-off games attempting to play with the formula and take him down different avenues. The question remains though, just how good is the original Pac-Man’s gameplay? 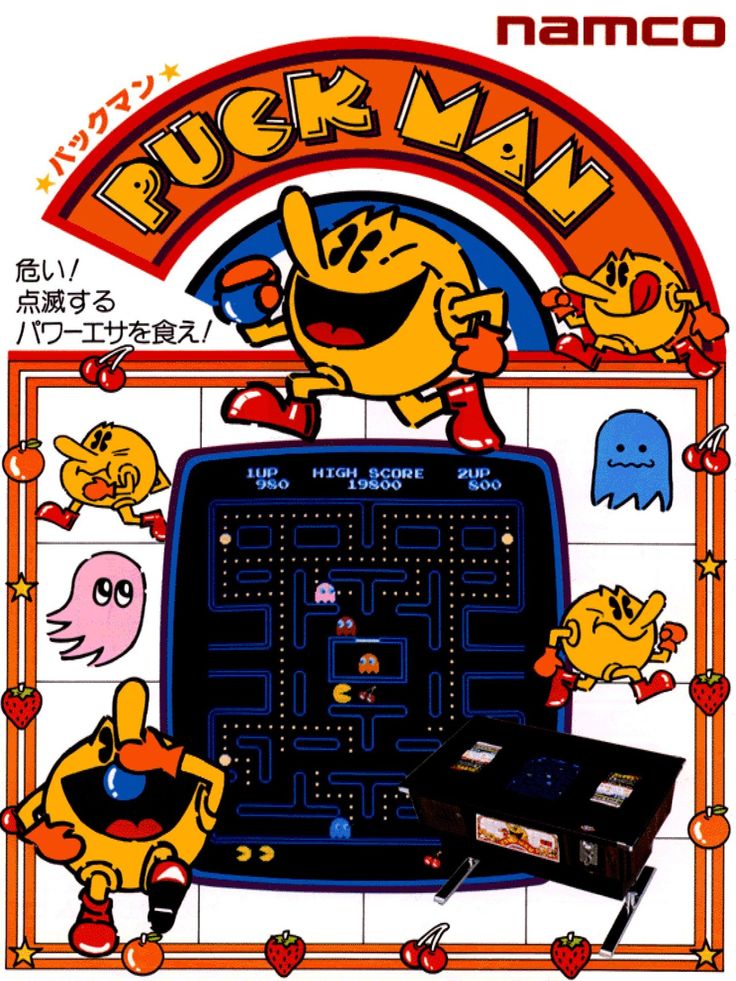 If I had to select the best way of describing the gameplay in Pac-Man, it would be an unending sense of inevitable doom, albeit in a fun way! The game itself is pretty straightforward yet also fiendish at the same time, which is probably why it became so popular. Playing as the titular Man of Pac, you have one simple goal: eat all of the dots on the screen before getting caught by one of four ghosts who are patrolling the stage in an effort to thwart your dot-based banquet. Occasional relief can be found by guzzling down a Power Pellet, which is something a bit bigger than the usual dots on the map and will momentarily turn the ghosts blue, thus putting the shoe on the other foot (does Pac wear shoes? Maybe that phrase doesn’t work…) and allowing you to chase down the ghosts and gobble them up.

As you progress through the game, the ghosts become quicker, and the effects of the Power Pellets don’t last quite as long, making your quest to chow down all the dots a tad more precarious with every new level. For what is, at its heart, quite a simple game, Pac-Man is capable of making you feel a gamut of emotions. Fear that the ghosts are about to close in on you can be replaced by immeasurable relief when they decide to go in a different direction at the very last moment, thus sparing you a violent death animation, which is THEN replaced by an instant rush of adrenaline as you pick up a nearby Power Pellet and then motor it to the other side of the stage as quickly as you can to unleash some chomp-filled vengeance.

Playing Pac-Man, you can see why it was such a smash hit as it’s a game that anyone can pick up and play with little to no explanation required, but it’s also got a pronounced difficulty curve that will entice more dedicated players to keep having just one more go in an effort to beat their previous high score. It rides that balance between being accessible whilst still giving a hearty challenge almost perfectly, and in an age where gameplay was king, Pac-Man provides a very well-weighted experience. Obviously, more detailed gameplay experiences have come along in the following years, but there is still something about the inherently simple approach of Pac-Man that has stood the test of time. 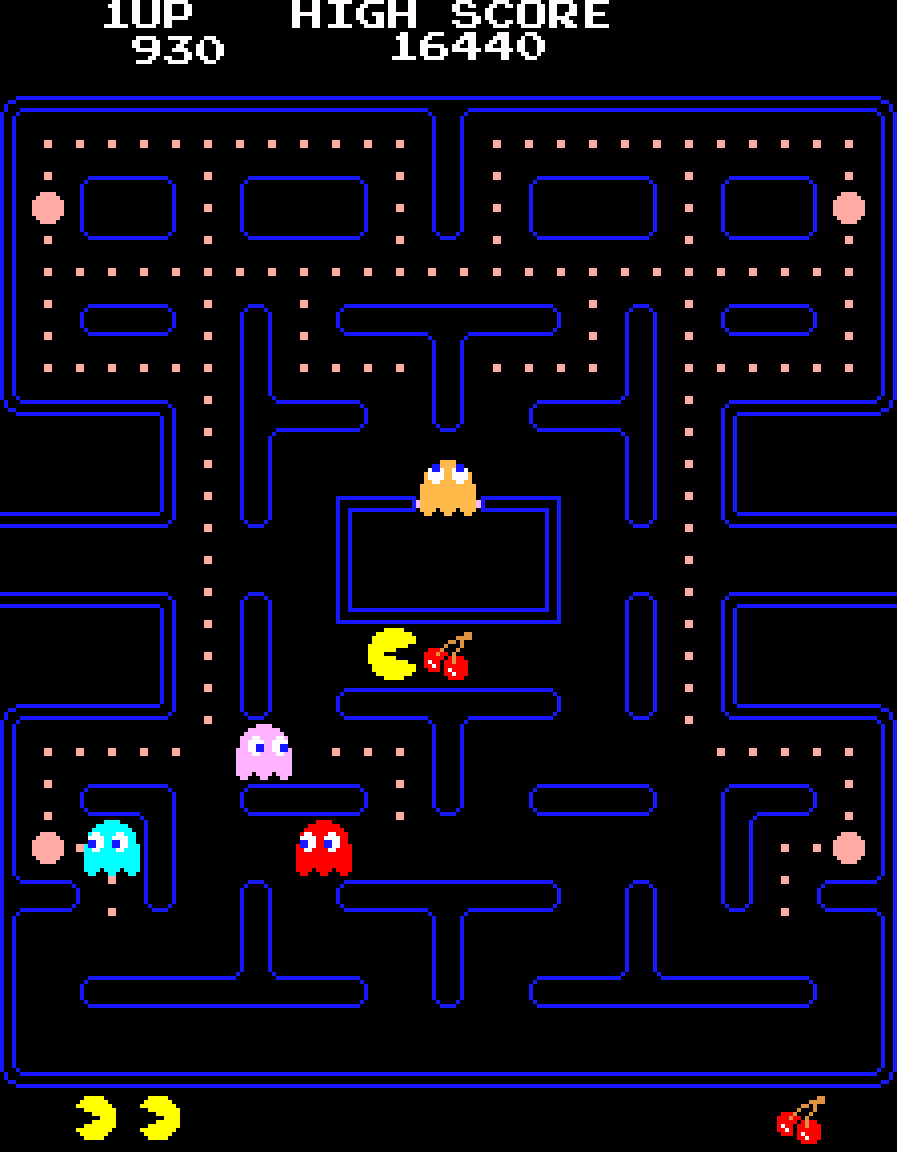 Normally, I give Graphics and Sound their own individual sections, but I’ve combined them with Pac-Man because there is little to any real music in the game, with only the noise of Mr. Pac chewing away on the dots playing in the background during levels. From a graphical perspective, Pac-Man is hardly going to rival one of the big AAA releases for realism or graphical detail, but its visuals are not without charm. Both the lead character and the ghosts chasing him are not without personality, even though they do very little when it comes to animation.

Having the ghosts being able to move their eyes is a small touch, but it does succeed in giving the sense that the ghosts themselves are conscious creatures and not just mindless obstacles for you to avoid. Pac’s never-ending gluttony is gotten across well by his near insatiable mouth never stopping. In some ways you kind of think that Pac-Man might not be on the right side of history in his own game as, for all we know, he’s broken into the ghosts’ resting place and they’re just trying to prevent him from eating them out of house and home. In that scenario though, we’d have to believe that ghosts actually eat food for nourishment purposes, which is a bit of a head trip that most likely wouldn’t expect from a video game article. 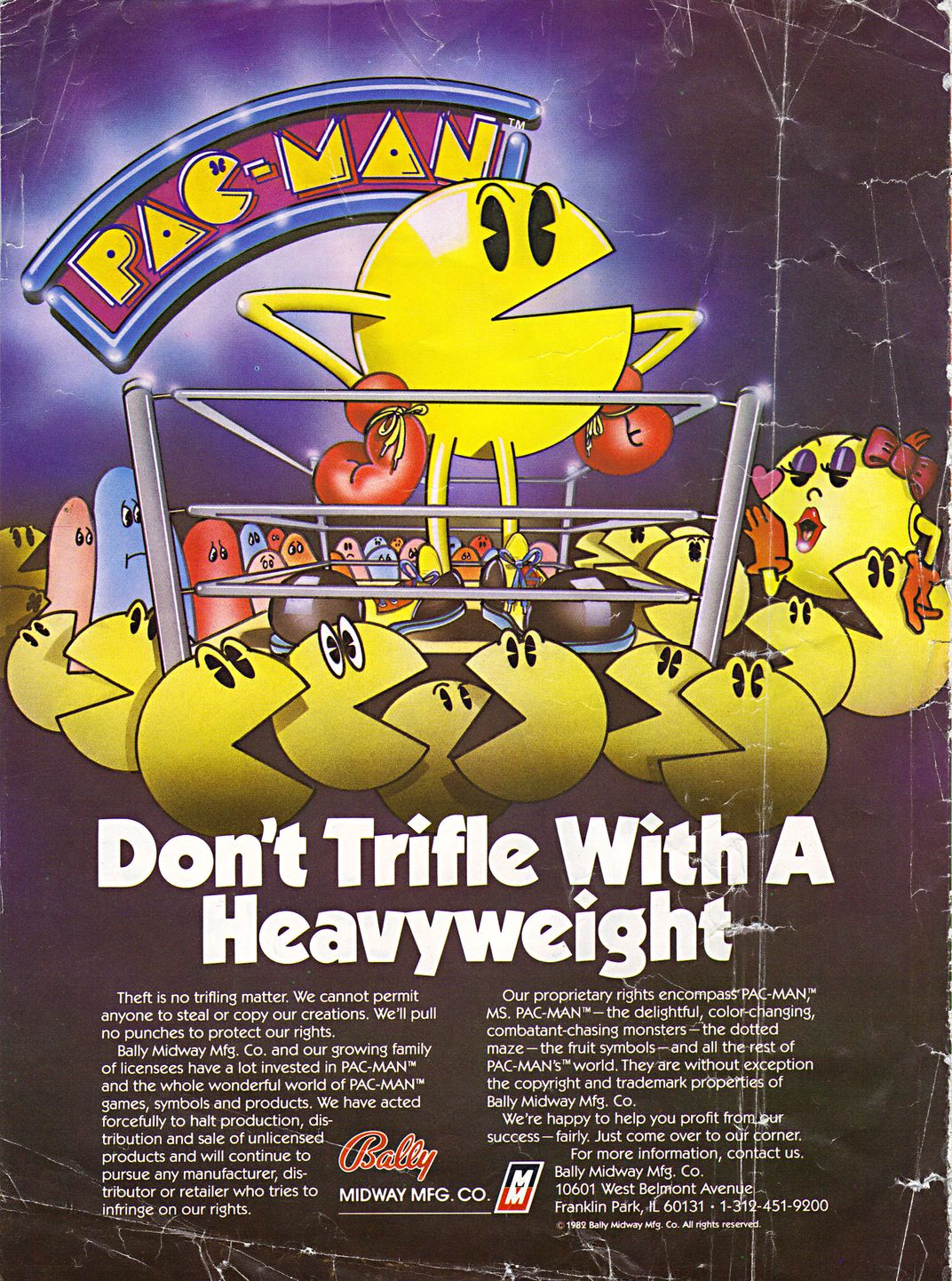 Pac-Man is one of those games where its longevity comes from how much you enjoy the gameplay loop and how determined you are to get the best score possible. There is no way to actually “win” the game, and it actually stops working after the 256th level. It’s a game very much of its time that was made for a specific purpose, that being to get you to shovel coins into it at an arcade or bowling alley before moving on with your day. There’s no real story or any reason to come back to it other than what your own personal level of enjoyment dictates. You might get addicted to it and play it for hours, or you might decide you’ve had enough after 5-10 minutes. It really does come down to your own personal attitude on these sorts of games. In a world full of distractions, Pac-Man might not hook you, but if it does, then you may very well find it to be utterly engrossing. 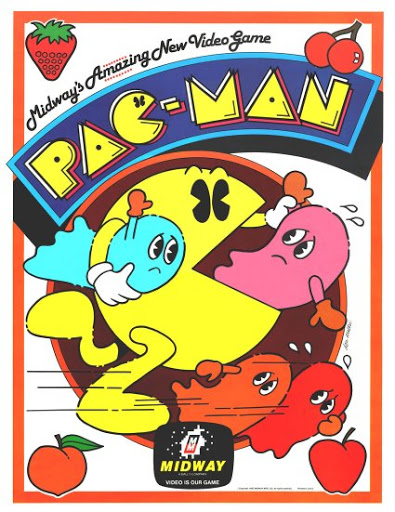 I’d certainly suggest playing Pac-Man at least once if you never have before. It’s been ported to a whole range of consoles and is often included as a part of Namco Arcade compilations, so tracking down a cheap as chips copy of the game should be pretty easy to do, and if you’re happy just having a quick go without bothering with physical media, you can actually play it for free online and through the Apple Store, so there are plenty of options available for playing it.

Pac-Man is a hugely important part of video game history, and you can play it easily with minimal effort, so it’s an easy recommendation whether you’re a newbie who has never experienced it before or a previous Pac-Junkie who hasn’t indulged in it for years and wants to play without emptying your pocket of shrapnel. 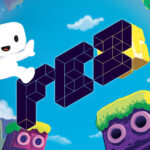 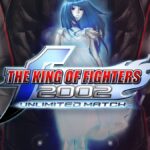