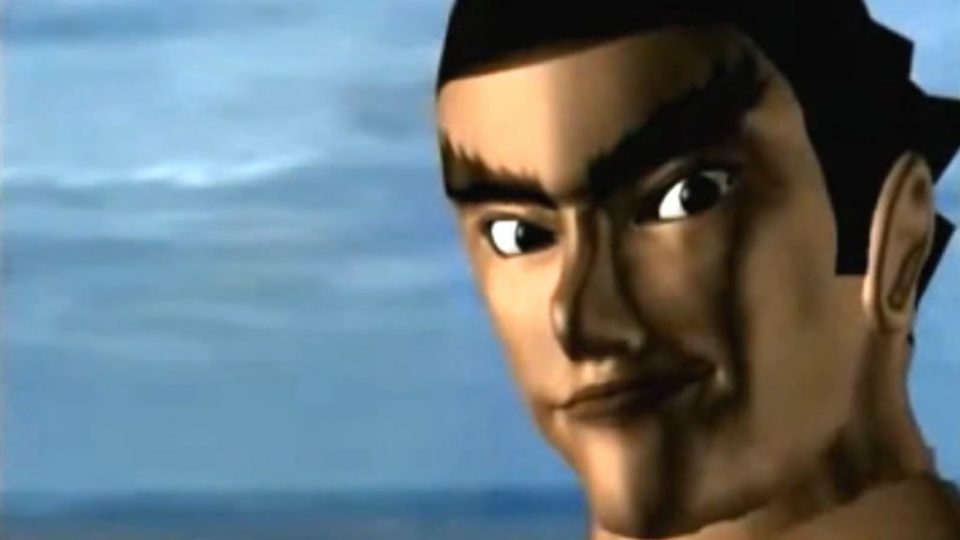 For the past couple of weeks, we’ve been taking a journey back in time to take a look at the Tekken games of the fifth gen. Let’s finish that journey this week by looking at my personal picks for the Top Ten Best Endings from the PSX era of the Tekken series.

Not every fighting game has special ending videos or cutscenes for when you complete the single-player arcade campaign (Virtua Fighter, I’m looking at YOU), but Tekken always has dating back to the very first game in the series. Granted, the special FMV endings were only for the main cast in the first Tekken game, with the sub-bosses only getting their own endings once Tekken 2 came around, but that still meant that almost half the cast got some sort of a proper ending once the game came to a close, which is more than other games get (again, Virtua Fighter, I’m looking at YOU. Seriously, you have wacky characters like Shun Di on the roster, would it kill you to give us a fun 30-second video of him doing something silly?).

This, of course, is not intended to be an objective list of any kind, and if I leave out an ending that you love, then please feel free to mention it in the comments. It’s all subjective at the end of the day, and what tickles my fancy may not tickle yours.

Both King and Jack Black’s character from Nacho Libre are based on a real Mexican wrestling star who used to don a mask and step into the ring in order to raise money for an orphanage. As a result of a third place finish in the first King of Iron Fist Tournament, King raises enough moolah to keep the orphanage afloat, and the children welcome him back home in a heart-warming scene whilst he roars to the heavens. Not only is this a very sweet ending, it’s very well edited and put together too, with footage of real children being placed into the 3D Tekken game world. For the time it was pretty darn impressive.

Tiger is the 70s- inspired alter-ego of Eddy Gordo, and his ending is suitably wacky as he disco dances away to a jaunty tune whilst showing off his snazzy dress sense. I always found the idea of Tiger being a secret character you could access by pressing start to be a lot of fun, and I always enjoyed his ending, as did my friends. Sometimes it’s nice just to have a fun, silly ending sometimes, and this one is a good example of that.

Yoshimitsu is a bizarre ninja samurai who, if suggestions in the SoulCalibur games are true, could very well have lived way beyond a normal lifespan. Despite being seemingly bat poop crazy though, he does have a sense of honour and will try to do right by those less fortunate. This is made evident by his Tekken ending as he robs the Mishima Zaibatsu and then distributes the company’s ill-gotten gains to the inhabitants of an impoverished slum, on horseback no less, like a modern day Robin Hood. Not only does this sum up Yoshimitsu’s character pretty well, but the ending also features a random cameo from Marshall Law of all people, which I’ve always found funny.

Jin’s ending from Tekken 3 took me completely by surprise when I first watched it. I had finally joined the fifth gen very late on in October 1998, with Crash Bandicoot and Tekken 3 being the two games I had received along with my PlayStation itself. My friends had come round, and we were just taking it in turns to fight through arcade mode, and I wasn’t even particularly aware that the game even had endings, so when we completed the game with Jin and promptly saw him gunned down by his granddad, Heihachi, it totally knocked me for six. However, Jin doesn’t stay down as it turns out he has also contracted the “Devil Gene” from his dad, Kazuya, which leads to him sprouting wings and flinging his grandpa through a wall before flying off into the moonlight. The combination of Jin’s shocking death and terrifying transformation have always stuck with me, and it remains one of my favourite endings in a Tekken game.

This is a more relaxed and emotional ending as Wang climbs a hill to pour some wine on a grave of a fallen friend before having a sip himself. It’s quite a sweet moment to see Wang pay tribute in such a manner, and the accompanying music really suits the occasion also. The ending looks great from a graphical perspective too, with the sunset being delightfully animated, and even Wang’s warm breath on the chilly, dusk air being recreated. A strong ending both for its content and the way it looks.

We go from a sweet, emotional ending to a blood-pumping violent one as cyborg Bryan survives a hail of machine gun fire before flinging a chuffing tank at a bunch of fleeing Tekken Force soldiers before cackling wildly. In my younger days, I didn’t realise that Bryan’s character was based off Rutger Hauer’s in the seminal Blade Runner movie, but after finally seeing the film many years later, this ending suddenly makes it all the more apparent.

By contrast to Bryan, Jun is an animal-loving person who is one with nature, so her ending refreshingly doesn’t feature her throwing a single punch. Instead, she steps off a bus and goes for a stroll with some cute animal buddies in a moment that sums up her whole character perfectly. Not only is it nice from a graphical perspective, but it has a lovely musical score to accompany it as well, and it’s certainly one of my favourite endings in the series.

One of my favourite storylines in the Tekken series is the rivalry between Jin and Hwoarang that begins in Tekken 3. The basis for the rivalry is that Jin snapped Hwoarang’s impressive 100% street fighting record by holding him to a draw, which has agitated Hwoarang’s onions ever since. However, despite his anger at this, when Hwoarang spies his rival in a spot of bother at the end of Tekken 3, he decides to come to his aid. Cornered by some Tekken Force soldiers, it looks like Jin’s goose has been cooked, but Hwoarang shows up and gives them a good a hiding, which allows Jin to leap through a window and escape using his newly developing Devil powers. Hwoarang looks at his hands following this and smiles, which I interpret as him feeling better about the previous draw between the two men seeing as Jin clearly has some serious power going on. I’ve always been a big Hwoarang fan, so seeing him get a chance to shine is an easy way to get a thumbs up from me.

Armour King’s ending is a great insight to the mentality that a lot of pro wrestlers have as we join him in the locker room before a big fight. We see through x-rays that Armour King is in rough physical shape, and he even coughs up some blood to accentuate the point. There’s no doubt that he shouldn’t be competing. However, when he hears the roar of the crowd, he can’t help but drag himself to his feet and step out for one more match. This ending happened years before the academy award nominated movie The Wrestler starring Micky Rourke hit the big screen, but it wouldn’t have looked out of place in it.

To most people it seemed like Kazuya was the protagonist in the first Tekken game. The usual tells of him wearing white and having one clear recognisable form of attire all seemed to point to the idea that he was the main guy we should be getting behind. However, his ending throws a monkey wrench in that idea and begins his eventual slip to the dark side. Kazuya has defeated Heihachi and picks up his dad’s limp body, almost in a loving manner, but promptly drops him off a cliff to his implied death as revenge for his dad doing the same to him when he was younger. Normally in these sorts of instances, both men would be fighting near the precipice, and Kazuya would send Heihachi to his doom as a last gasp act of self-defence, and he might even try to save him in the process like a good hero should. However, Kazuya’s goal from the beginning was to off Heihachi in cold blood, something which is made clear by his creepy, satisfied grin at the camera, thus making it perfectly clear that this man isn’t the good guy, regardless of how nasty Heihachi himself is. In some ways it’s a perfect ending for the first game’s story and sets us on the course we still find ourselves on. For that reason, it gets my #1 ending award! 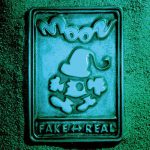 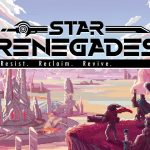