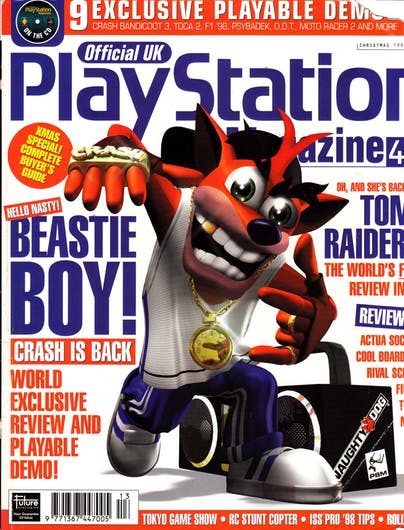 This week’s article was inspired by Caddicarus over on that there YouTube, who has recently been taking a look back at the Official UK PlayStation over on his channel in some excellent videos. One of those videos involved him looking at the demo discs that used to come with the magazine, which were things that many PlayStation owners like myself would hoover up so that we could get a look at coming releases for the console. Being that I was still a youngster back then, playing the demos was the closest I got to actually getting a new game as that was usually reserved for things like birthdays, if I was lucky. Thus, the demos always had a special place in my heart, and I vividly remember playing some of them to this day.

I’ve recently been going through the arduous process of moving some stuff from my parents’ house into my flat, and whilst scrambling through a cupboard in my old bedroom, I found not only a stash of PlayStation games but also some of the old demo discs as well. I think it says a lot that not only had I kept these demos, but most of them were in a state of good condition as well, which kind of highlights their value to me from back in the day. Seeing as I needed something to write about this week, I decided to pop one of the demo discs in to check if it still worked and also to see if playing the demo would have the desired effect of making me want to actually purchase the game in question.

The demo disc I eventually decided to go for was demo disc 40, which is actually still available to buy on eBay should you wish to (it’s where the pictures are from actually). This is a demo I do remember playing quite a lot for two games in particular, and I’m happy to say that my copy still boots up after all these years (even if some games took a couple of goes to actually get them running). So, let’s take a look at these games and see if they make me want to splash some cash, eh? 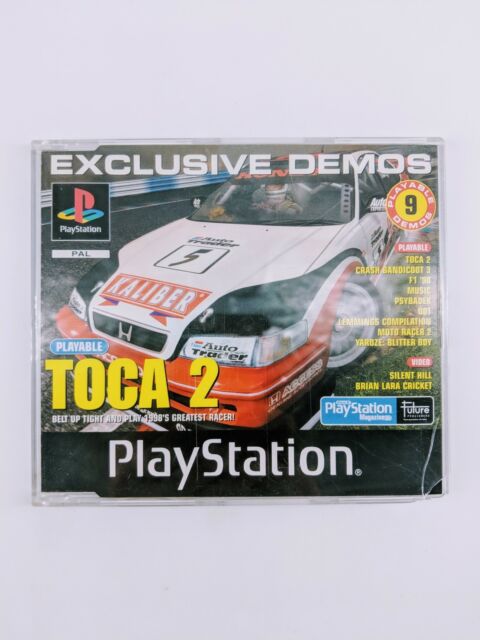 This is the lead demo on the disc, with a big picture of it taking up the cover art. You are given the chance to select either a Honda Accord or Van Diemen Formula before taking to the Silverstone race course for some touring car option. I’ve always been more inclined to play arcade-styled racing games over the more serious simulation ones that Toca seems to be, and I personally found the racing here to be really stodgy and unenjoyable. The cars feel really heavy, and steering is overly difficult. One nice touch is that your car can actually sustain damage if you bash into the course or other racers. To be honest, my main memory of playing this demo was that I wouldn’t even bother trying to race because it was so cumbersome and would instead just destroy the car by ramming it into all the scenery. Thus, it became less of a racing simulator and more a car destruction simulator for me.

Would I Buy It?
I’d have to say no, I’m afraid, unless some serious work was done to the steering in the final release to make the game more accessible. This sort of game just isn’t my thing

This game is from Psygnosis, and I actually remember it getting a pretty lacklustre review in the magazine itself, with particular criticism going towards the graphics. That seems fair to me as this game is not only pretty lousy to play, but it also looks absolutely arse awful. There are some good options for a demo as you can choose between David Coulthard, Eddie Irvine, Mika Hanniken and Michael Schumacher before having a go at two different tracks in two different game modes. The cars are so ludicrously difficult to control though, and I honestly couldn’t give two figs about Formula One whatsoever, so this demo was a real chore, and I was thrilled when it was over.

Would I Buy It?
*In best Gorilla Monsoon impression* Absolutely not!

You get to play two levels of the new Lemmings game here, with the first one being a pretty easy short one where you just have to make sure your Lemmings use their umbrellas at the right time to avoid falling to their deaths, and the second one being a bit more challenging as you need to use more of the Lemmings’ abilities to ensure they make it to the other side. It’s a decent introduction to what the game entails.

Would I Buy It?
Possibly. Puzzlers are hit and miss for me, with some being ones I really love, like Portal or Kula World, whilst others drive me to annoyance, like Kurushi (known as I.Q.: Intelligent Qube in the Americas). This is a decent demo though, so I’d consider getting the game if I saw it for a good, affordable price. 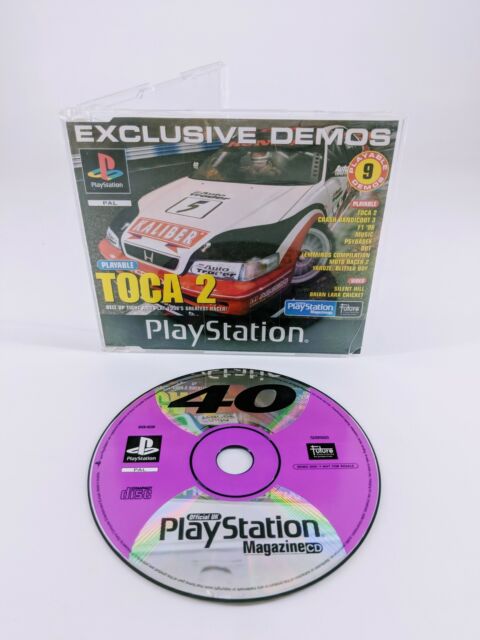 You get to play one of the opening medieval era levels from Crash 3 here, and it’s lots of fun. I remember being able to blow through this as a kid back in the day, but I actually died a couple of times going back to it here, which is probably a good example of my gaming skills atrophying as I get older. The game is still in a prototypical state here, and pressing start will kick you out of the whole demo rather than pausing the action, but you could tell from playing it that the full game was going to be good. Crash 3 was actually the only Crash game I never got around to owning on the PlayStation for whatever reason, but I’ve since played it in remade form, and it’s a cracker.

Would I Buy It?
I would indeed. It’s baffling to me why I didn’t go out of my way to try and acquire it at the time, actually. I guess there were other games I wanted.

This is another game from Psygnosis, and it took me a couple attempts to actually get it running as the opening cutscene tended to just break the demo for whatever reason. Once I finally did get it working, I found a moody third-person shooter/adventure game waiting for me as I had to battle through unnerving looking monsters and robots to find keys to unlock doors. Sadly, your character moves quite awkwardly, and the graphics look really blocky and unappealing, which is strange because the PlayStation was hardly new at this stage, but this game resembles one from much earlier in the console’s life cycle. I didn’t especially enjoy the gameplay, but I could see other people possibly being okay with it and enjoying the game’s overall creepy ambience.

Would I Buy It?
This isn’t for me, really, so I’ll have to say no. I much prefer something like Duke Nukem: Time to Kill, which does this sort of thing better, in my opinion.

This is a game where you can make your own tracks using a selection of pre-recorded beats and vocals. It works well enough, but you’re sadly limited to just 27 seconds of audio length to work with, which doesn’t really give you much of a chance to make anything really worthwhile. It’s a shame as it’s a good introduction otherwise.

Would I Buy It?
Hard to say as you really don’t get to play it long enough to really see what it’s capable of. I get that they didn’t want to include too much, but they could have at least given you something like 2-3 minutes to work with so you could really see what the game could provide. Based off what I saw here, I’d probably have to go with no. 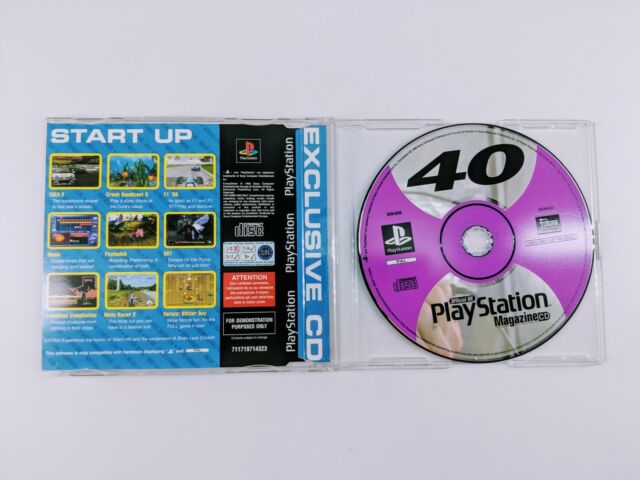 This is yet another game from Psygnosis as you compete in snowboard races with cutesy characters. The game was sponsored by the Vans shoe company, and that becomes pretty obvious with the logo being displayed liberally. By pressing cross, you accelerate your boarder, with square allowing you to jump through star gates that let you complete the level. The game got mostly savaged by pretty much every reviewer back in the day, and it’s not an especially good game, but based on the demo, it’s hardly a worst of all time contender like the mags made out at the time.

Would I Buy It?
Probably not. Just from playing the demo, you can tell it lacks depth, and that it would probably get boring after a bit. It’s functional though based solely on the demo.

This is a motorbike racing game from EA and gives you a choice between racing on a Grand Prix racetrack or racing on mud tracks in a forest. I vividly remember playing this one, especially the music from the forest race, which I don’t think even made the final cut of the game’s soundtrack. This game doesn’t look too bad graphically, and the gameplay has a fun arcade-style feel to it. The demo is generally fun to play and gives you a good taste of the game without giving you too much to chew on.

Would I Buy It?
Yeah, I’d certainly give this one a go if I saw it out on one of my trips to a retro video game store.

Also included on the disc are three videos, two of them for upcoming releases and one for “Net Yaroze”. The first video is for Konami’s Silent Hill and is a fantastic, atmospheric and creepy video that shows off the fantastic cutscenes. The other game trailer is for Brian Lara Cricket, which is drier and more about the features within the game. It’s not especially exciting, but it looks decent enough. It feels like a pitch you’d get from a meeting more than a video to get you jazzed for a game.

Net Yaroze was a special black PlayStation that allowed you to essentially make your own PlayStation games and then upload them onto the internet for other people to play. As was usually the case with these demos, one of the Net Yaroze games is included called “Blitter Boy”. Blitter Boy is a 2D shooter from Chris Chadwick that sees you walking around an arena and leading babies to an escape portal whilst shooting ghosts. As you can tell, it’s a bit of an odd game, but it’s also very playable and looks great. Very good for a home brew game that someone made on their own, and I had fun with it.

Crash 3 and Moto Racer 2 are the highlights on this one for me. I actually played quite a bit of Blitter Boy back in the day too, and that would probably be the most unique selling point for this disc if you decided to head over to eBay to pick it up. If you like this, I might do another at some stage. 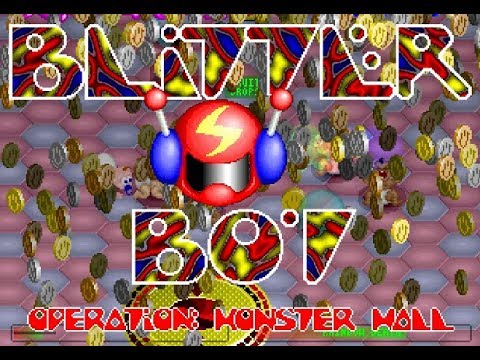 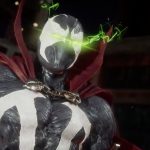 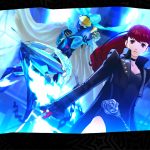