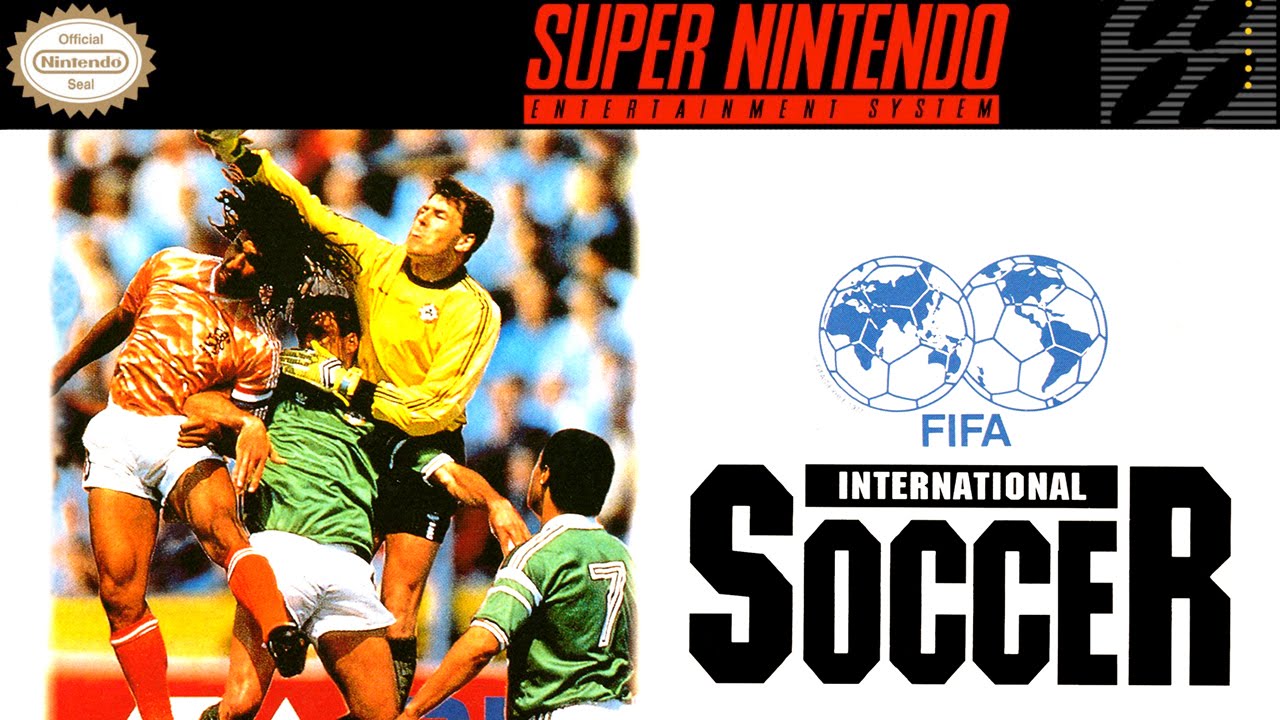 Even great journeys can begin with the smallest of steps, and never has this been more apt than when describing the incredible success of Electronic Arts’ FIFA Soccer series. To compare the first game in the series to the colossal financial and critical juggernaut that is FIFA 18 would leave one’s mouth agape.

Originally released for the SEGA Mega Drive/Genesis in the winter of 1993, before making the journey over to the Super Nintendo in early 1994, FIFA International Soccer really was a completely different animal when compared to the more recent games in the FIFA series. The first and most noticeable difference was that it didn’t include licensed player names, instead using a collection of fictional ones. Another would be that the game included international sides only, which differs from the much more club heavy approach found these days.

Due to a licensing agreement with football’s governing body, EA were allowed to use the FIFA Logo as well as the appropriate kit colours for the 48 amassed nations, but that was where the official licensing ended. This would eventually change with further releases in the series, but for its inaugural release, FIFA was just like most of its contemporaries in the soccer genre in that it didn’t include any real player names or tournaments. 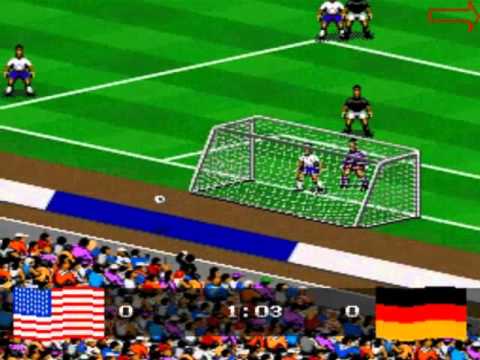 When EA first approached FIFA for the licensing rights, they were surprised that they were able to accrue them so comparatively cheaply. However, the reason for this was that the licensing agreement gave them very little to use in the game, hence why FIFA themselves weren’t taking much in royalties. The agreement didn’t even give EA use of the name “World Cup”, which instead had been purchased for 1994 by company US Gold.

In a nice touch, some of the development team, such as project leader Bruce McMillan, provided their own names for the game instead. McMillan ensured to fiddle his players stats somewhat, allowing him to be a free scoring number 10 for England, but with honesty, how many of us wouldn’t do the same if given the chance?

When it comes to my own personal experiences with the game, I did play FIFA International Soccer for my Super Nintendo back when it came out, and it was the SNES version I returned to for the purposes of this article. I didn’t actually own the game myself and in fact borrowed my friend Jim’s copy on a couple of occasions. I played it quite a bit but, if I’m being honest, I was never a particularly big fan of the game and always preferred Konami’s “International Superstar Soccer” series. 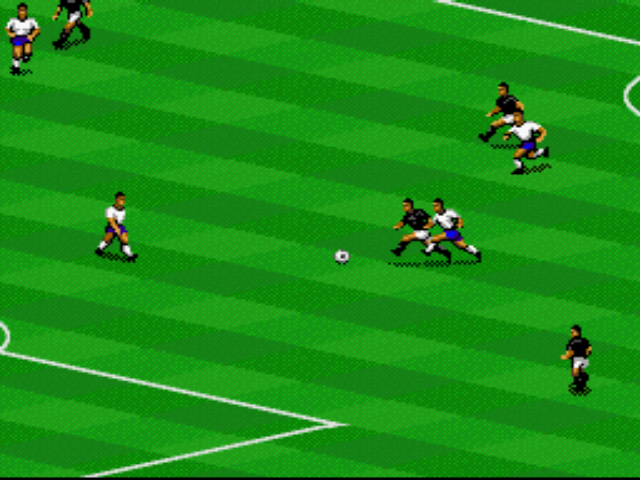 When compared to FIFA, ISS has smoother gameplay and also better detailed graphics. I like for instance how in ISS the bigger sprites allow for players to actually look different from each other, meaning individual players have their own unique feel. For instance, when you play as Holland, players actually have differing ethnicities which takes after the Dutch side in real life. In FIFA, all of the players in each side look the same without any distinguishable personal features. This is something that plagued the later fourth gen FIFA games, and once real player names started to be used it became even more pronounced, such as Paul Ince being a fair skinned bloke with brown hair in FIFA 98.

I’ll be honest and say that when I started playing FIFA International Soccer again after many years removed from doing so, I absolutely hated it. FIFA on the SNES really isn’t the smooth and well imagined footballing simulation that EA have since perfected in the modern age. The minute you kick off the computer mercilessly swarms you, meaning you have no real option to take your time and enact a measured passing game.

As a result, you are essentially forced to try and outrun the computer in a foot race before getting a chance to hoof it down the pitch and get a shot off. It’s neither the most natural nor the most enjoyable way to play a footy game, but I will concede that it often leads to you scoring some incredible goals from halfway in to your opponents half. This is usually because if you try and get any closer you’ll be duly tackled and will be lucky to even see the ball again after that. This doesn’t deplete the enjoyment you can get from launching a rocket of a shot past your oppositions despairing keeper though. 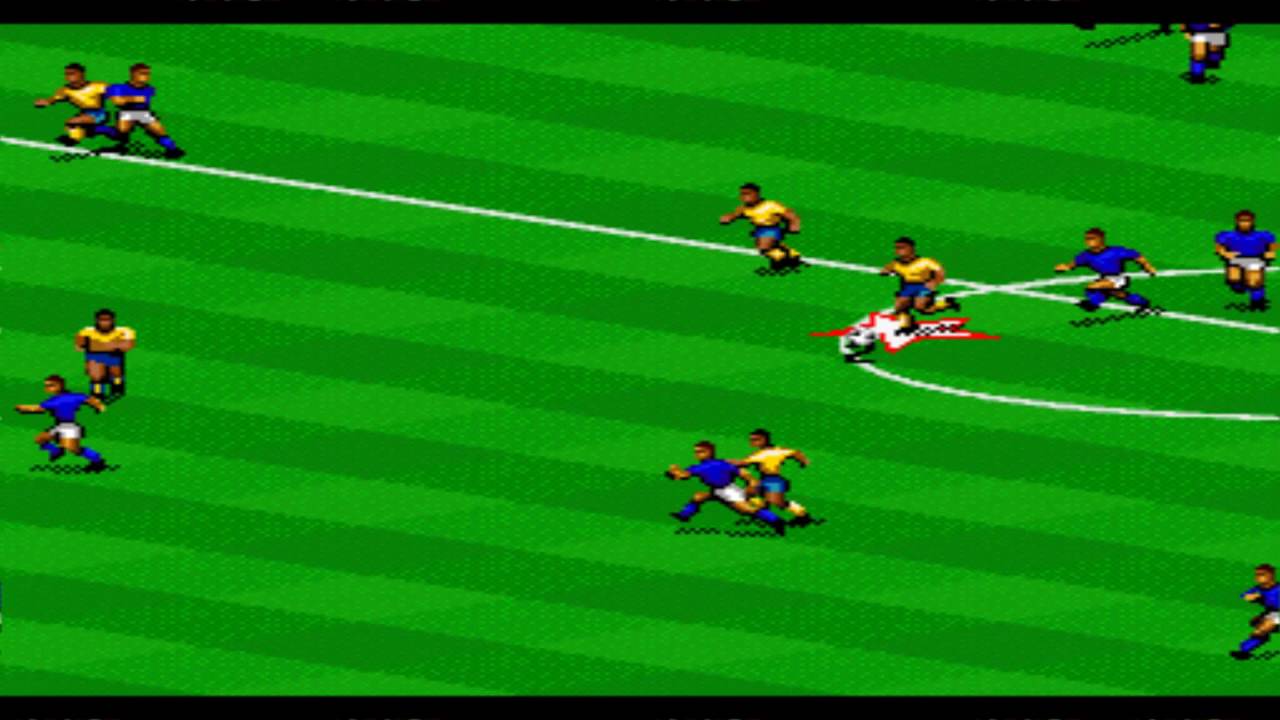 I often found a decent amount of joy against the weaker sides in the game by pumping crosses into the box and snapping diving headers off. Getting down the by-line successfully is an act almost akin to moving heaven and earth of course, but I must admit to punching the air a couple of times when I managed to pull this off.

FIFA International Soccer may suffer from having every player on each side look the same, but the player models themselves are decent and the player kits at least adhere to the correct colour schemes, something that you would think would be de rigueur but wasn’t always the case back in the day, especially when it came to playing arcade soccer games. I’ve never been a particular fan of the “isometric” viewpoint used in the game, but I’m aware that I’m in the minority on that front. I just find it an unnatural way to play a football game, preferring ISS’s side on view and Sensible Soccer’s top down view instead.

The games sound is impressive, with catchy tunes in the menus and accurate sounding crowd noises once the game begins. In general everything is bright, colourful and pleasant to look at. What ultimately lets FIFA International Soccer down for me is the gameplay. I just don’t find it an especially fun game to play. It’s not without its moments but, in my opinion, the best footballing experience you’ll get on the fourth gen is provided by Konami. 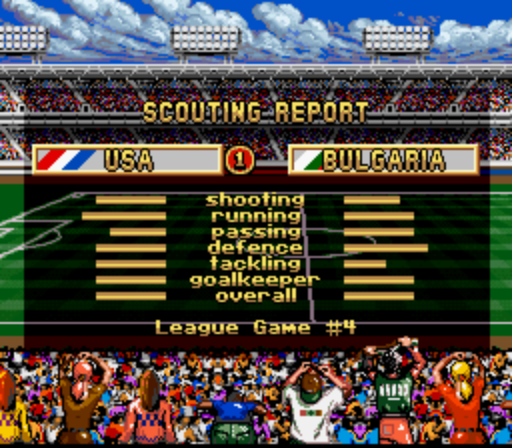 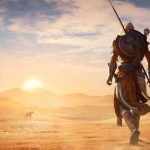 Assassin’s Creed: Origins to Get New Game Plus Mode Soon 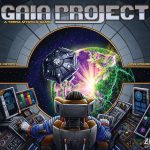