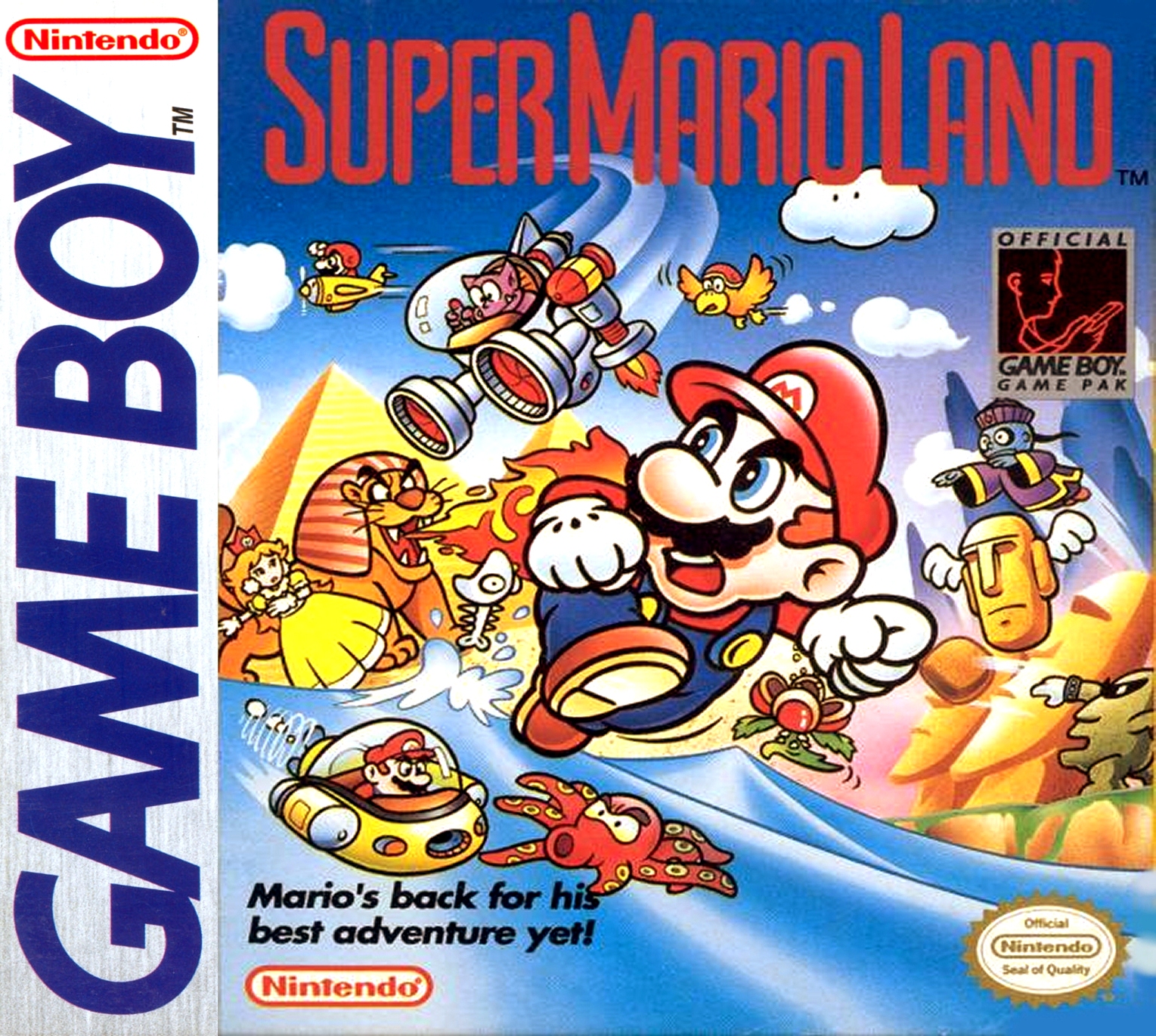 So “Handheld Month” reaches its conclusion with one of the stranger entries in the Super Mario series in Super Mario Land. Super Mario Land is interesting in that it’s both familiar and different all at the same time. What it most resembles, in fact, is an alternate universe in a comic book, kind of like DC’s “Earth 2” universe. You see, things that you recognise and the world itself has that unmistakable tinge of familiarity, but at the same time there are also some key differences that confirm that this isn’t exactly the world you know.

In my own personal “head canon”, I like to pretend that Super Mario Land does indeed take place in an alternate universe, even if Nintendo themselves now seem ready to accept that the games did indeed happen in their own canon. There’s just something about Super Mario Land that makes it so strikingly different from the other Mario games, which is mostly down to it being created without the direct supervision of Shigeru Miyamoto. Developers Nintendo R&D1 were essentially given their own little backwater in which they could play with certain aspects of the formula, and personally, I’m very happy that they did.

This isn’t a universally popular view to have, with some people seeing Super Mario Land as somewhat of a betrayal to the series for making so many changes. I have to say though that I like those changes and, speaking as someone who didn’t own a Game Boy at the time, the fact Super Mario Land was a bit off the beaten track was actually a selling point for me. I like the fact it plays with the formula somewhat, I like that the power ups have been tweaked, and I like that Mario is now taking on aliens, sphinxes and Easter Island heads with wings as opposed to just the usual crew of baddies. 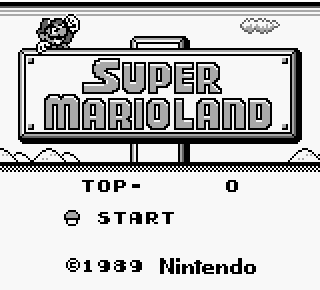 I am fully willing to admit that the way Mario controls is rather “floaty”, and the fact he doesn’t retain any momentum is the one big change that I don’t like. But for a handheld effort released in 1989, I’m prepared to cut the game a bit of slack because I genuinely believe the positives far outweigh the negatives. The music, for example, is fantastic, especially World 4’s theme, which I’m amazed they managed to squeeze into the Game Boy.

And when you sit down and think about it, certain graphical changes make sense as well. Due to lack of colour, it’s kind of difficult to differentiate between a standard mushroom and a 1UP mushroom, so R&D1 made the not unreasonable decision to just replace the 1UP mushroom with a love heart to represent an extra life. This is a simple yet fully understandable design choice to make, and it doesn’t bother me at all.

I also…hang on; let me get in my fortified bunker first before writing this part…there we are. I also don’t mind that the flower makes you throw bouncing balls instead of fireballs. There are few things in gaming more satisfying than pulling off a perfect throw in Super Mario Land and watching your ball hoover up an area full of coins that would otherwise be unreachable by hand. 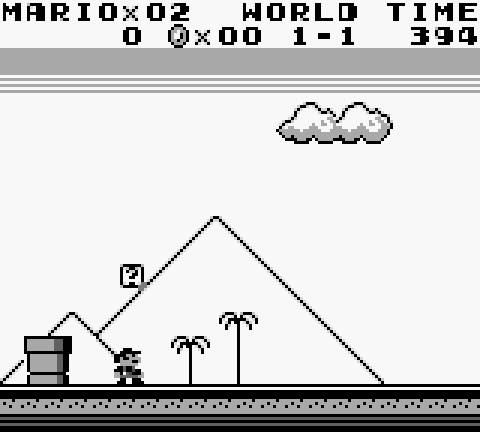 Remaining in my bunker for the time being, I also rather enjoy the shooting stages as well where Mario will wedge himself into a submarine or spaceship and start blowing stuff to smithereens. The jaunty theme from the submarine stages probably goes a long way to making me enjoy them so much, but it’s also incredibly fun to see a Mario game take such a sharp detour from the norm in this fashion. I’m not someone who is anti-change, so I’m fine as long as the change brings something to the game in question, and I believe these stages do indeed bring something positive to the table.

I will concede that playing the can-can when Mario is invincible is a bit of a head scratcher, but on the whole the changes don’t bother me. The worlds you travail are also noticeably different from what you’d find in a traditional Mario game, but that’s no bad thing. World 1 starts out how you’d expect, with Goombas and Piranha Plants milling about in what could pass as the Mushroom Kingdom upon spying pyramids in the background and you realise that you are actually in the Birabuto Kingdom. By the end of that world, you’re taking on the aforementioned sphinx in a faux Egyptian Temple, not typical World 1 fare.

You then move on to the futuristic Muda Kingdom where the robotic “Mekadon” will fling their heads at you before you then visit the Easter Island-influenced Easton Kingdom where the tarantula-like “Kumo” monsters will chase you down. Eventually, you roll up to the Chinese-inspired Chai Kingdom where zombie-like “Pionpi” will search out your delicious brain. Yes, Super Mario Land pretty much has zombies in it, beating the cultural zeitgeist by over two decades! 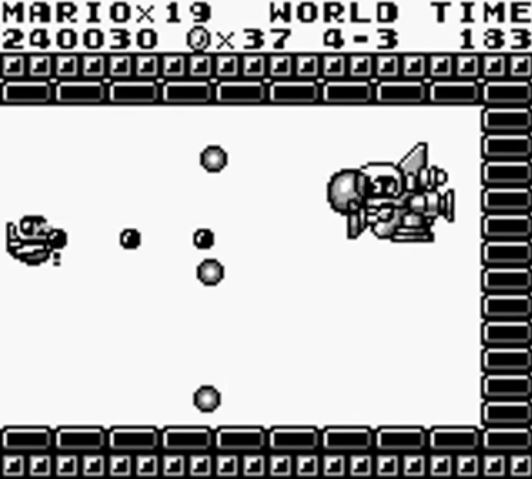 There’s no doubting that Super Mario Land tonally feels quite different from your standard 2D Mario platformer, but I think it’s a lot of fun, and I still go back to it now and then as well. I certainly feel that some of the stick it gets in some quarters isn’t particularly fair, and if you’re building up a Game Boy collection, then it’s an essential game to have along with its superlative sequel, which is better known as the game that first introduced Wario. 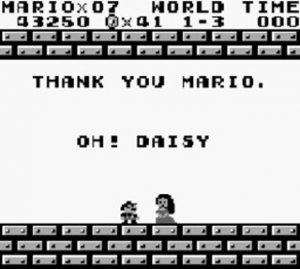 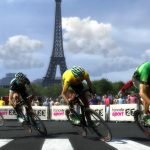 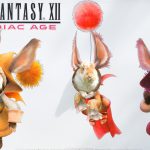