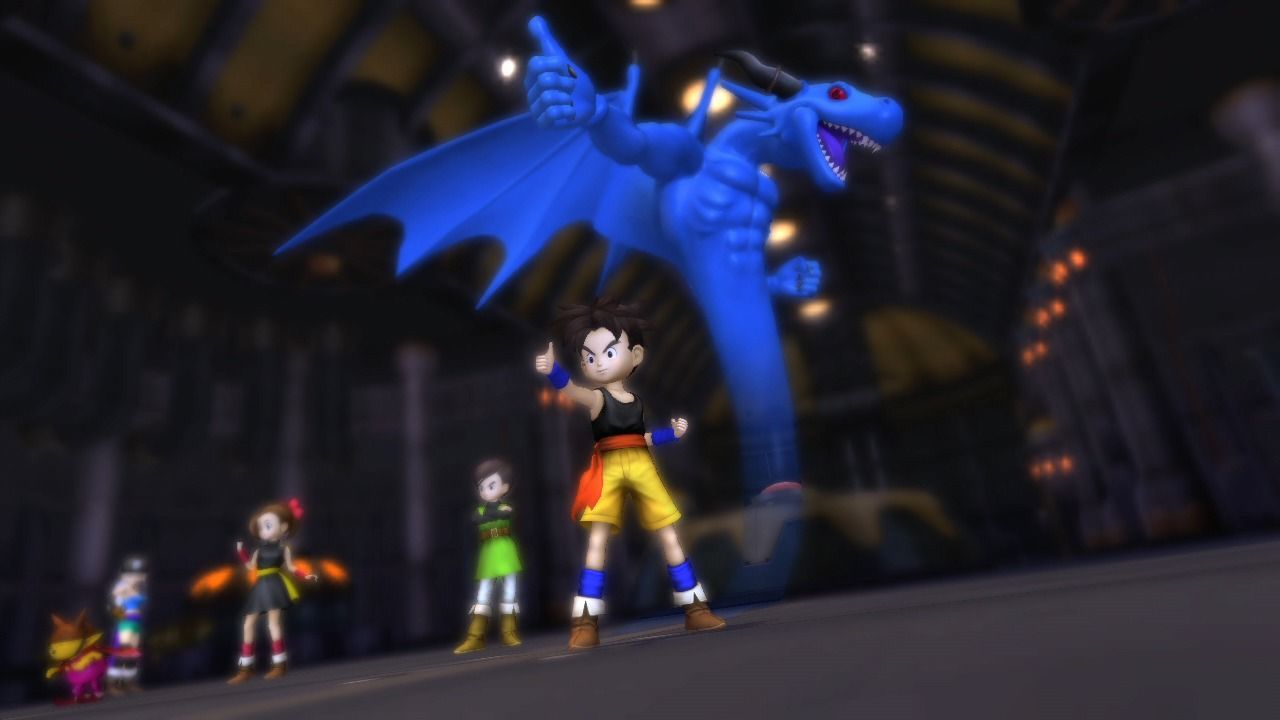 The year is 2006. After a flurry of JRPGs in the wake of the game-changing Final Fantasy VII on the PS1, the following generation of consoles had turned the tide of gaming tastes away from the genre and began to focus almost exclusively on first-person shooters. The Call of Duty series was already three strong and only about to get bigger the following year with Modern Warfare arriving, whilst Battlefield 2 had been heralded as an instant classic a year earlier.

Nothing much changed for a decade – the FPS dominated the gaming charts. It took until 2016 and Final Fantasy XV to arguably bring the wider gaming public back to the JRPG, yet even now it is still a niche genre outside of Japan and likely to remain so for some time to come.

In 2006 a legendary JRPG team came together to try and buck the trend and do the same thing that Final Fantasy XV did. A decade earlier this team had come together for an unprecedented collaboration that resulted in one of the finest games of all time in Chrono Trigger. Could they do it again with Blue Dragon?

In a word, no, but read on anyway! 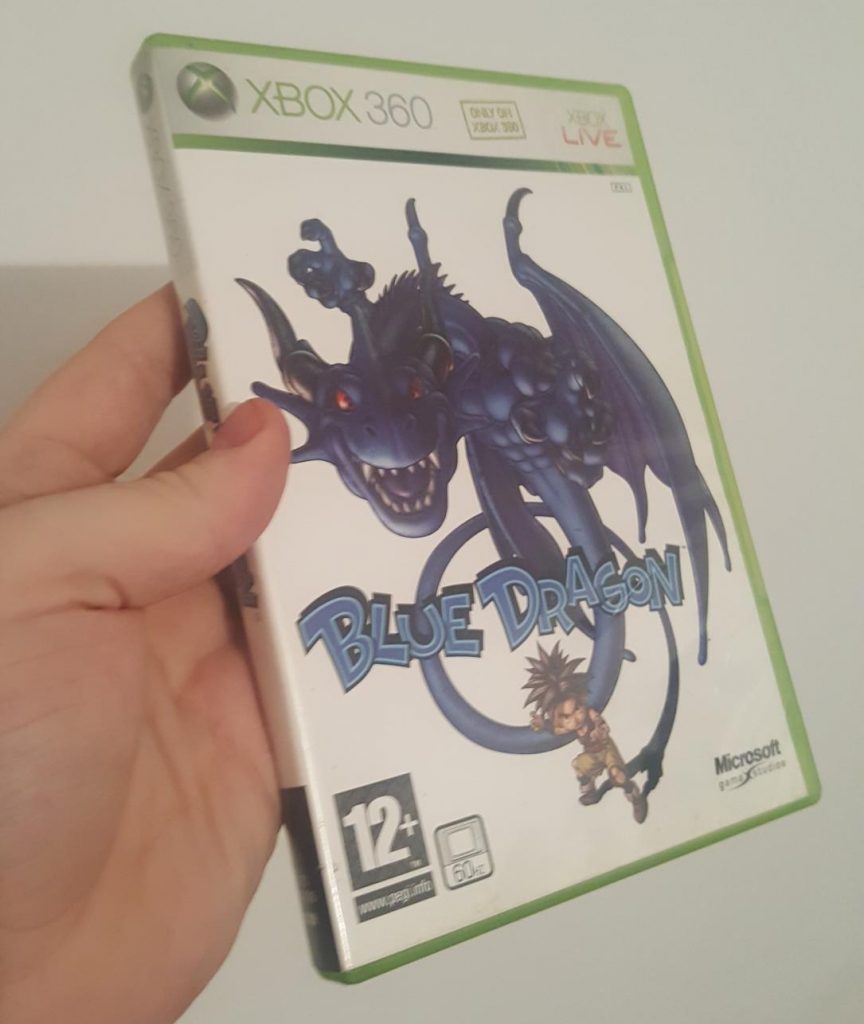 Blue Dragon is the brainchild of some of the most revered talents in Japanese gaming and anime culture. Just look at this for a line-up: Akira Toriyama, the man behind Dragon Ball Z. Nobuo Uematsu, the elite composer behind pretty much every memorable Final Fantasy track you care to think of. Hironobu Sakaguchi, the man who conceived then directed Final Fantasy for Square, including the story for the exceptional Final Fantasy VI.

How could a game made by people of that sort of pedigree possibly fail?

The truth is, it didn’t. Not really. It achieved what it set out to do – create an authentic Japanese Role Playing Game on the new Xbox 360 to fill a gaping hole in the video game line-up due to the dominance of other genres on the platform. The problem isn’t that it failed to achieve that aim; it’s that it rigidly did that and pretty much nothing else.

To explain what I mean, it’s impossible to not travel back in time to 1995 and take a closer look at Chrono Trigger. Made by the same team, released to universal acclaim, it is as quintessentially JRPG as you can get – cutesy characters, shifting story lines, robots, turn-based combat and so on.

Yet what Chrono Trigger did different was, in many ways, subtle. The combat system was tweaked to allow more fluid movement from combatants during gameplay, adding a feel of dynamism. Side activities early on in the game helped with world building. It was also released late in the life cycle of the Super Nintendo, allowing the devs to take advantage of the mastered 2D design.

Blue Dragon didn’t do the same. It added nothing new to the traditional JRPG formula. What we have here is a bunch of characters that set off on an adventure with a turn-based combat system that was pretty much lifted from any game in the 90s. It failed to feature side activities of any note, and the world wasn’t a particularly jaw-dropping or immersive one. Even Toriyama’s character models, whilst technically good, are somewhat vacant looking and non-emotive. It is strange that the same man was able to get ten times the personality into the 2D sprites in Chrono Trigger than he did here, but it’s true.

The biggest and by far the most key difference between Chrono Trigger and Blue Dragon, however, is the pacing. Whereas Chrono Trigger felt quick, moving from various time periods and constantly surprising, Blue Dragon is decidedly slow. Yes, it’s a JRPG, these are often 60+ hour experiences, but Blue Dragon too often feels tedious – artificially stretched to add to the lifespan of the game.

For 2006 this was a death knell for the game – the world had changed. Sure, some people still loved to immerse themselves in a game for hours on end and enjoy a story arc, but the game had to deserve that input. Blue Dragon does not.

Is it a bad game though? No, not really. It’s just a very average one. It suffers in comparison to its predecessors, but given they are masterpieces, it is in many ways an unfair comparison. To its contemporaries, it stands up well. It is a good alternative to The Elder Scrolls IV: Oblivion for those who prefer the JRPG. I feel it compares well to another decent JRPG that came a year later in Eternal Sonata.

Bizarrely, despite my criticism of it, Blue Dragon is actually one of the best JRPGs on the Xbox 360, but that is largely due to there being very few available.

So, what is Blue Dragon all about? As said, it’s a very traditional JRPG – you play as Shu, and you set off on an adventure with friends to basically save the world. Along the way, you gain the power to have your shadows transformed into majestic creatures, including Shu’s massive blue shadow dragon that is the basis of the game’s title. That’s an extremely simplified and spoiler-free synopsis, but honestly that’s pretty much it.

There are few twists and turns on offer here – everything just progresses from one set piece and location to another. The combat is about learning new moves and using them in a logical way to defeat enemies in a turn-based system. You go along, meet new people, fight the bad guy and you’re done in about 40 hours.

There. I’ve explained the game. Two paragraphs. Therein lies the problem with Blue Dragon and why the vast majority of this review is discussing the hows and whys of how the game lacks – it was the first Xbox 360 game to be three discs long, yet for being as wide as an ocean, it is as deep as a puddle.

There are no really memorable characters, no compelling story and it suffers from poor pacing – so it’s an RPG where you can’t immerse yourself into the world, and it offers nothing new to a genre that badly needed shaking up after the golden years of nearly a decade earlier.

Blue Dragon is important to me for one reason – it taught me that fanboyism is not a good idea. Back before the release of the game, I didn’t entertain the idea that it could disappoint. It was bound to be incredible. It wasn’t, and for all I tried to pretend otherwise and look the other way, after 20 hours of persisting, I knew the truth deep down. Before Dragon Age II and Fable III, Blue Dragon taught me the importance of keeping expectations low. Cheers for that, Blue Dragon!

“BACK IN THE DAY” VERDICT: 70% – “At release this was a decent yet disappointing JRPG fix for those that had been starved of a modern one for years, especially in the west. It failed to blow anyone away though.”

“MODERN DAY” VERDICT: 40% – “If you’re going retro for a JRPG, there are dozens of better options available. Just drop back a generation or two (or even three) and take your pick. Graphics ain’t everything!” 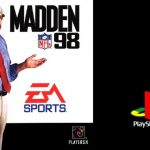 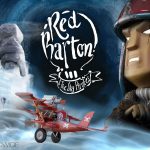