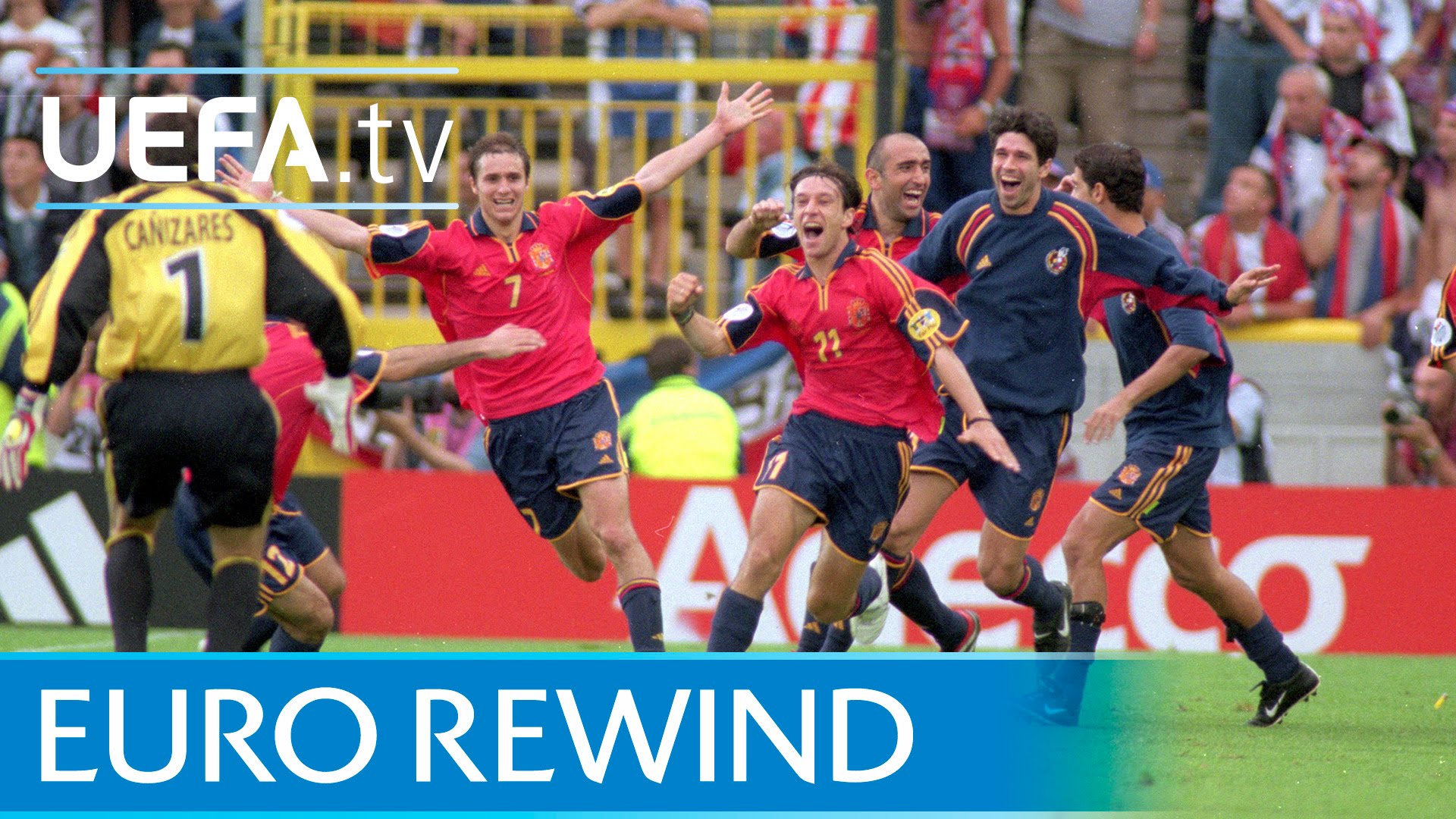 Something a bit different this week as, instead of looking back at a Retro Video Game, I will instead step into my time machine and revisit a classic footballing contest from yonder back.

The match in question today is the frankly ridiculous meeting between Yugoslavia and Spain from Euro 2000. Hosted by both Belgium and Holland during the balmy summer months, Euro 2000 was already an embarrassment of riches when it came to great footballing action, but this bizarre contest took the biscuit even in comparison to the already high standard set.

It had goals, it had drama, it had a red card, it had a denied penalty claim and it even had fans running onto the pitch to remonstrate with the referee! Basically, it was an absolutely insane 90+ minutes of high tempo action between two sides oozing with talent and ability.

Denied entry to the 92 and 96 tournaments due to political sanctions, Yugoslavia made their return and brought with them some excellent players. In Mijatovic and Milosevic they had two highly regarded attacking threats. They also brought with them the old battle horse Dragan Stojkovic who had performed so well at Italia 90’ where the Slavs had been unlucky not to reach the Semi Finals, losing to defending champions Argentina on penalties at the Quarter Final Stage.

Spain’s squad read like a who’s who of great players. The incisive Raul led the line, seeking out chances on goal like a relentless bloodhound. Pep Guardiola controlled the centre of midfield with aplomb and Mendieta terrorised teams down the wing. Even though they were missing the imperious Hierro to injury, Spain were still a threat to any side.

Placed in a group with Norway and Slovenia, both teams found themselves requiring different results as the third round of group games kicked off. For Yugoslavia, a win or a draw would guarantee them passage to the next round, with a loss meaning qualification would hinge on the result in the game between the two other sides. For Spain it was simple case of win or bust, with anything less than 3 points sending them back home. 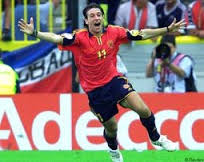 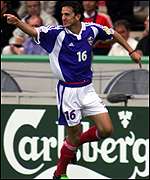 It took all of 30 seconds for the games first chance, as Yugoslavia gave the ball away in the middle of the park allowing Fran a run on goal that he ultimately squandered. Thus began a back and forth tug of war that saw momentum turn seemingly at will. The term “end to end stuff” is one that is sometimes often overused, but in this situation it would be stupendously apt as both sides seemingly took it in turns to attack each’s goal throughout the contest.

With the game still goalless the Yugoslav defender Djorovic fell in the box and his right hand hit the ball in the process before being cleared by his fellow defender. Despite loud appeals from the Spanish contingent, the referee decided there would be no penalty and the game continued.

The first goal fit the mad house vibe of things quite nicely, as Spain’s right wing back Michel Salgado somehow found himself in the Yugoslav box in an attacking position. Not only was he dispossessed, but he also conspired to injure himself in the process, thus leaving a gaping hole on the Spanish right wing which was promptly exploited by the skillful Drulovic. He delivered a peach of a ball into the box upon which Milosevic pounced to put Yugoslavia 1-0 up on the half hour mark.

With Spain seeing their tournament slipping away, things started to get a bit feistier and tackles started to fly, with Stankovic and Mendieta in particular having their own personal little feud as the half wore on. Spain needed a goal and, thanks to Raul, they managed to get one in the closing minutes of the half. After tenaciously dragging the ball past two defenders,  Raul got the ball to his colleague Alfonso who let off a left footed shot past Kralj in the Yugoslav goal, his eyes never even looking up! 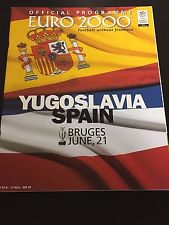 Level at half time, both sides brought on substitutes in the form of Govedarica for Yugoslavia and Munitis for Spain. Both soon paid dividends for their sides with an excellent goal each scored on 51 minutes and 53 minutes respectively. As if seeing their second lead of the game wiped out in just over a minute wasn’t bad enough for the put upon Yugoslav team, they soon found themselves down to 10 men as well!

The red card itself wasn’t an especially controversial decision, a deserved second yellow after a poor challenge from Jokanovic, but what happened next could only have happened in a match this batty. Angered by the perfectly legitimate call from the referee, two Yugoslav fans took to the field to remonstrate with the official, who gallantly decided to hide behind the much bigger Guardiola. Thankfully the intruding spectators were removed and the game was able to continue.

Desperately seeking the winning goal that would see them through, Spain threw on even more forwards until they had five, yes FIVE, of them on the pitch desperately trying to find a way past the Yugoslav defence. This had a knock on effect of leaving Spain light on numbers at the back which meant that the red card didn’t really play much of a part on the game itself as Yugoslavia’s lack of attacking options was offset by Spain’s lack of defence.

Despite being a man down and very much under the cosh, it was Yugoslavia who took the lead for the third time in the game as Komljenovic made use of Spain’s lack of finesse at the back to make it 3-2 with 15 minutes left of the 90.

With news coming in that the Norway and Slovenia game was stuck in a 0-0 deadlock, Spain knew that if they couldn’t conjure up two goals from somewhere they’d be leaving the tournament at the first time of asking. Spain continued to fling players forward in hope of finding a way back into the game, but the Yugoslav defence repelled them time and time again. 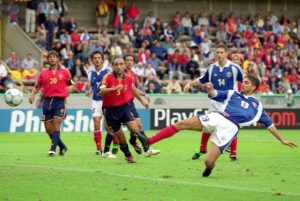 Just before the end of normal time Yugoslavia were lucky not to give away a penalty as Alfonso was brought down outside the box and you could put a Rizla paper between whether it was a free kick or penalty. On this occasion it was just a free kick, but Yugoslavia would not be so lucky a few minutes later when Jokanovic held back Abelardo in the box and the ref pointed to the penalty spot.

Mendieta converted the penalty successfully and Yugoslavia saw their lead slip away for the third time. Despite drawing level Spain were still going home and needed another goal to stay alive in the tournament. With the game now deep into stoppage time, it looked like Spain weren’t going to get it. And then the match went to the only reasonable conclusion it could have had based on the previous 97 minutes or so of action.

Spain spilled forward but saw every attempt at putting the ball into the box kicked or headed away by a desperate and exhausted Yugoslav defence. Guardiola hit a hopeful long ball into the box and second half substitute Urzaiz managed to get a head to it. The header found its way to Alfonso in the box who hit it weakly on the volley and manged to just guide it past the forlorn Kralj to give Spain an improbable win, and cause John Motson to lose his mind on the BBC version of the match that I happened to be watching.

With mere seconds left, Spain had broken Yugoslav hearts in cruel fashion and celebrated with a massive pile on as Motson declared the match one of the greatest he’d ever seen.

As it was, the game between Norway and Slovenia ended as a 0-0 draw, meaning that both Spain and Yugoslavia were able to advance to the Quarter Finals. However, that would be as far as they would go, as Spain crashed out to eventual winners France whereas Yugoslavia ended up shipping six goals to the Dutch hosts.

This match is ridiculous, utterly ridiculous, but if you love your football I really can’t see how you wouldn’t love this. It’s the very definition of “video game soccer” and is thoroughly entertaining from start to finish. I picked up this match, along with others, from http://oldfootballdvds.weebly.com/ and I’d recommend the site to anyone who is looking to grow their football DVD collection!

Back to video games next week, but I hope you found this week an enjoyable change of pace. If you did, let me know and I might do more of these! 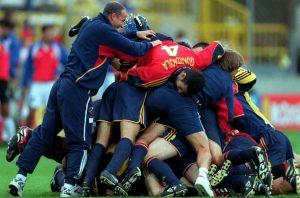 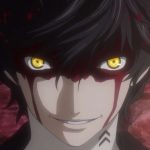 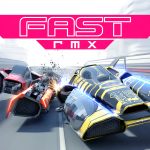