Gaming risks are taken often. Some win and some fail miserably. The ones that fail are lost forever in the void of gaming doom, never to be spoken of again. The ones that win, however, are shouted about from the rooftops and spawn offspring that feed on the initial success.

One such winner was Resident Evil 4, highly acclaimed as the turning point in the survival horror franchise and notable for switching the series from a puzzle filled horror extravaganza to more of an action packed adventure whilst still holding on to the horror backdrop that the series thrived on. It worked, thus becoming arguably one of the greatest survival horror games ever made. 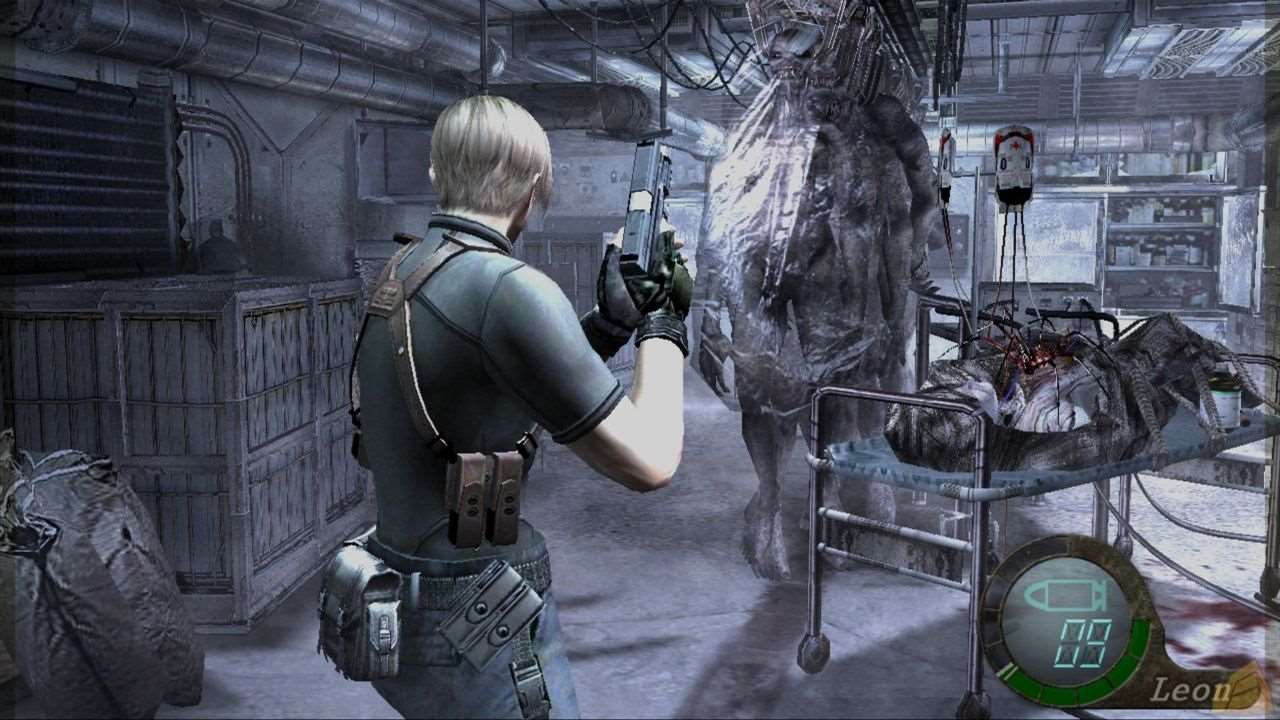 If you’ve never given Resident Evil 4 a try the first time around, or second time around on the Wii, or even third on the PC, the plot goes something like this. You play as Leon Kennedy of whom Resident Evil fans will recognise from Resident Evil 2 (get it remade already!). He is tasked to investigate the disappearance of the president’s daughter within a creepy Spanish village. It soon becomes apparent that the villagers that inhabit it are far from normal. Leon is a focused individual. It’s clear that finding the president’s daughter, Ashley, is important to him and nothing is going to get in his way. His adventure isn’t a lonely one, though. Regular radio contact is maintained throughout by Hunnigan who is there to support Leon and keep him from veering off course. She’s just one of the few interesting characters you’ll meet in your adventure. Clear cut highlights are wrong-time-wrong-place guy Luis, hard knock Krauser, and the sultry, infamous femme fatale Ada Wong, all of whom help and hinder Leon in his important rescue mission. Resident Evil 4 is a perfect example of a simple plot that thickens fast. Entering the village at the start of the game, you get a feeling shit is going to hit the fan, it’s just a question of when and how, and it doesn’t disappoint. It’s full of surprises and there is no better time to experience them than now.

This remastered version of Resident Evil 4 translates pretty well to current consoles, although compared to modern standards, it’s pretty primitive in terms of gameplay. The trademark over-the-shoulder viewpoint feels zoomed in restricting much of Leon’s surroundings. This combined with an awkward camera that can only look left or right of Leon for as long as you hold the right thumbstick down makes exploration tough as Leon is stiff to control. Although this system was revolutionary during its GameCube heydey, it doesn’t bode well in this modern era. The 60fps movement is a welcome touch though.

Combat is also rather clunky. Holding the aim button, regardless of which of the many weapons available Leon is holding, emits a red laser pointer that assists in aiming, however, getting a perfect shot off during the many tense situations using anything but a shotgun is not easy and takes a lot of practice. Luckily though, you can look around 360 degrees while aiming but you can’t walk or strafe. Like I said, primitive. 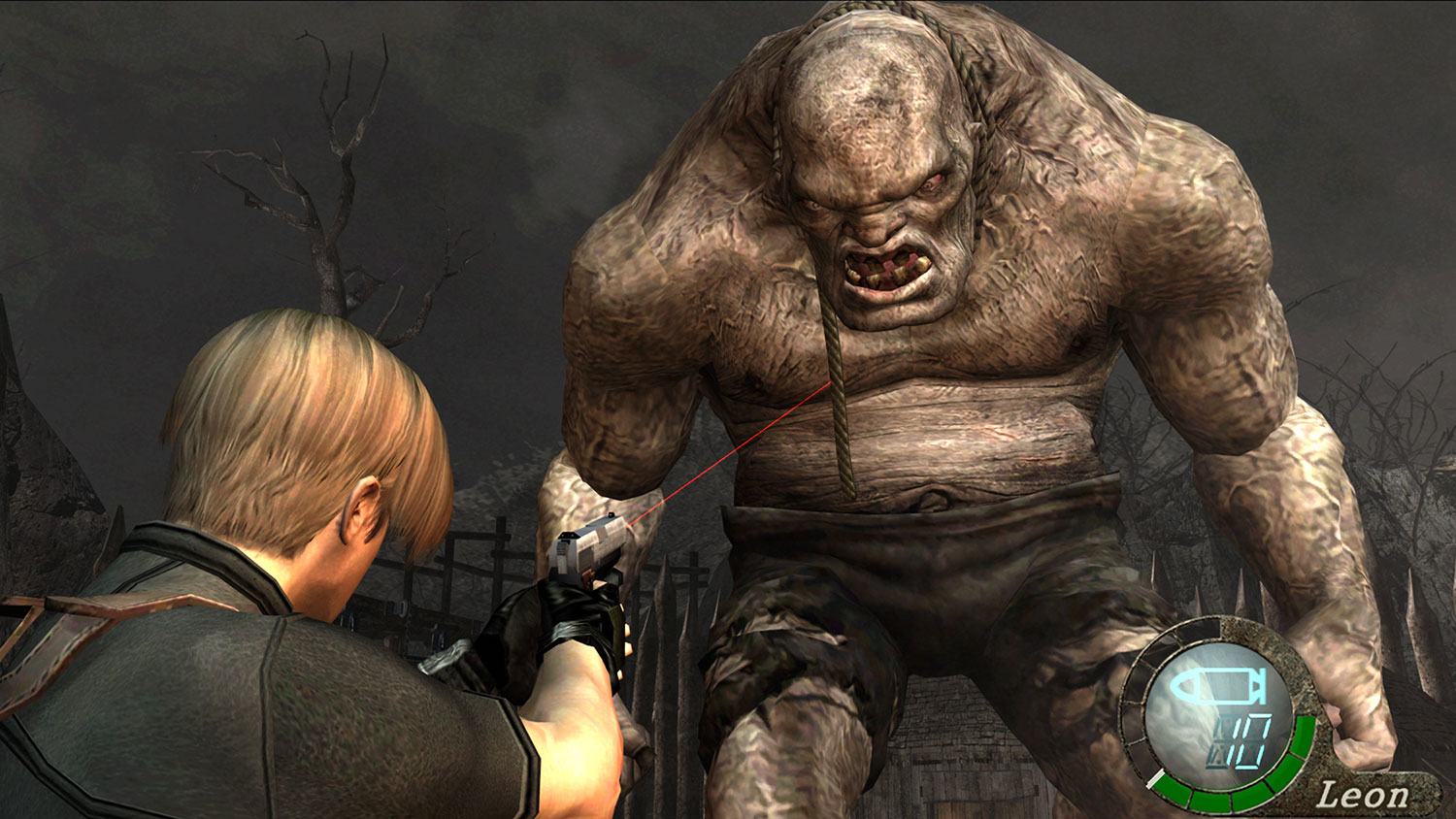 As the game progresses, enemies get bigger, making combat slightly easier and a hell of a lot more fun. A satisfying headshot that would normally incapacitate a regular grunt causes grotesque mutations that require extra effort to put down for good. Then there are the bosses who are in a league of their own, especially the screen filling El Gigante. They are perfectly placed just when you think things can’t get any worse. So too are the quick time events that are far less common than they were in Resident Evil 6.

Graphically, Resident Evil 4 Remastered is the definitive version of it. Sharpened textures and edges and anti-aliasing mean this rendition of Resident Evil 4 is the best we are ever going to get. Monsters look more gross and intimidating. Bosses look more frightening, and the action looks a hell of a lot better. Visually, Resident Evil 4 successfully stands the test of time and feels like a fresh new experience. It’s clear what made this game so highly spoken of. This version of it also contains the Ada campaign and all of the costumes and the Mercenaries mode which were all extras added later on.

I remember this game fondly. It took the franchise in a new direction which was by no means a ballsy move, but it paid off as the systems that Resident Evil 4 gave birth to are still commonly used today. This game should be played by all gamers. It represents the risk Capcom took to evolve a franchise that had a huge fanbase. A perfect blend of action and suspense with a few puzzles in between and the huge graphical upgrade make the PS4 and Xbox One versions of Resident Evil 4 the best ones to date.