My Night Job is a retro inspired, 2D side scrolling beat em-up. A super fast-paced, challenging action game that will test your skill, endurance, and ability to get high-scores and climb up the leaderboard against other players. At first glance, the game has nothing to write home about. My first attempt at the game took me a mere 5 minutes until I died and thought to myself, “What the hell am I playing and why?”. But there is more to My Night Job than what first meets the eye. Once you take the time to learn what’s going on and how to play, My Night Job is actually surprisingly fun and addicting. The chaos and madness on-screen is hilarious to watch and although flawed, it’s definitely a game I will go back to time and time again to challenge myself for a better high-score.

In terms of story, there isn’t one. The overall plot and objective of the game is that there’s a haunted mansion infested with zombies and the local forces are giving out a reward to anyone with a death-wish to come and help the trapped civilians. Your character takes up the task and your night job begins, and the aim is to save 100 people from the mansion and defend all the rooms possible (there are 22 in total). It’s quite simple on paper but a lot harder than it sounds and looks at first instance. 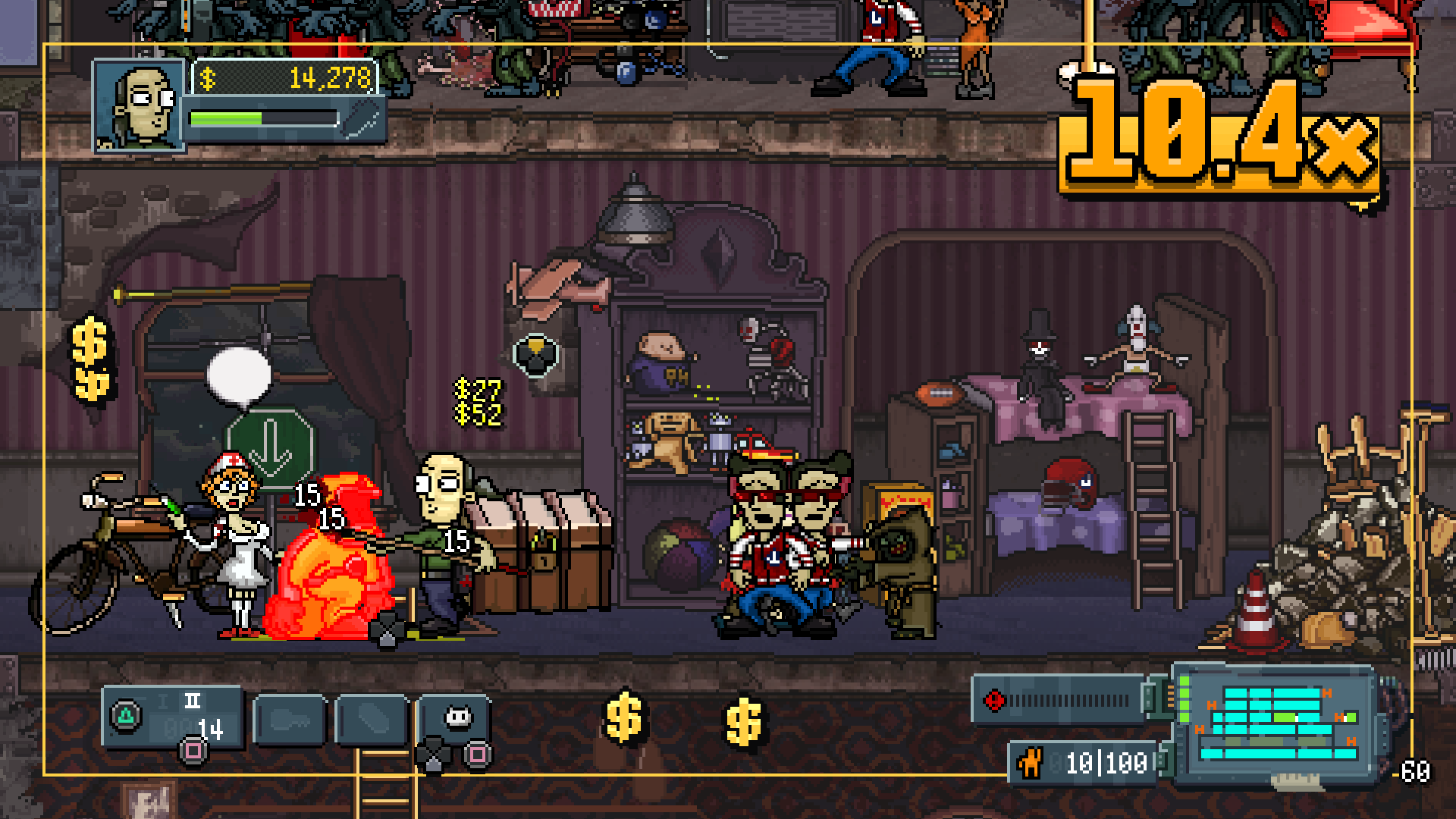 The gameplay is the heart of My Night Job, and for the most part it’s very entertaining, although it becomes very repetitive far too quickly. Once you start the game, you’ll enter the mansion then go room by room in search of survivors fending off zombies, dogs, and other monster types. You’ll need to explore every inch of the mansion and save anyone you come across so you can escort them to the nearest helicopter pad. You’ll be rewarded for your efforts with points towards your hi-score, weapons, or health. Fear not, because not all of the survivors are helpless, mindless drones. While most of them cower and can’t defend themselves, some of them carry melee weapons and shotguns, as well as the VIP characters that give you some great and much needed power-ups. For example, the nurse will give you the ability to revive yourself one time after death.

Combat is simple yet fun, fast and chaotic. Your character has his bare hands which is fine when taking on one or two zombies at a time but you won’t survive for long when fighting huge mobs. Luckily, the game features over 60 weapons spread across the mansion, and some of these weapons are seriously powerful and can do some serious damage. Take the chainsaw, for example, that can mow down zombie after zombie one by one, and the weapon’s durability seems to last forever. The weapons are powerful but with good reason, because the game is brutally hard. The game gets harder gradually over time and starts to get a bit too much at times. You’ll need to be able to manage the map very well, because if you leave too many zombies in one area for too long, they will over time destroy that room, and with 22 rooms in the mansion, it can be very hard to control the game with all the chaos going on. If you die by losing all your health or letting too many rooms get destroyed, it’s game over and you have to start the game all over again. 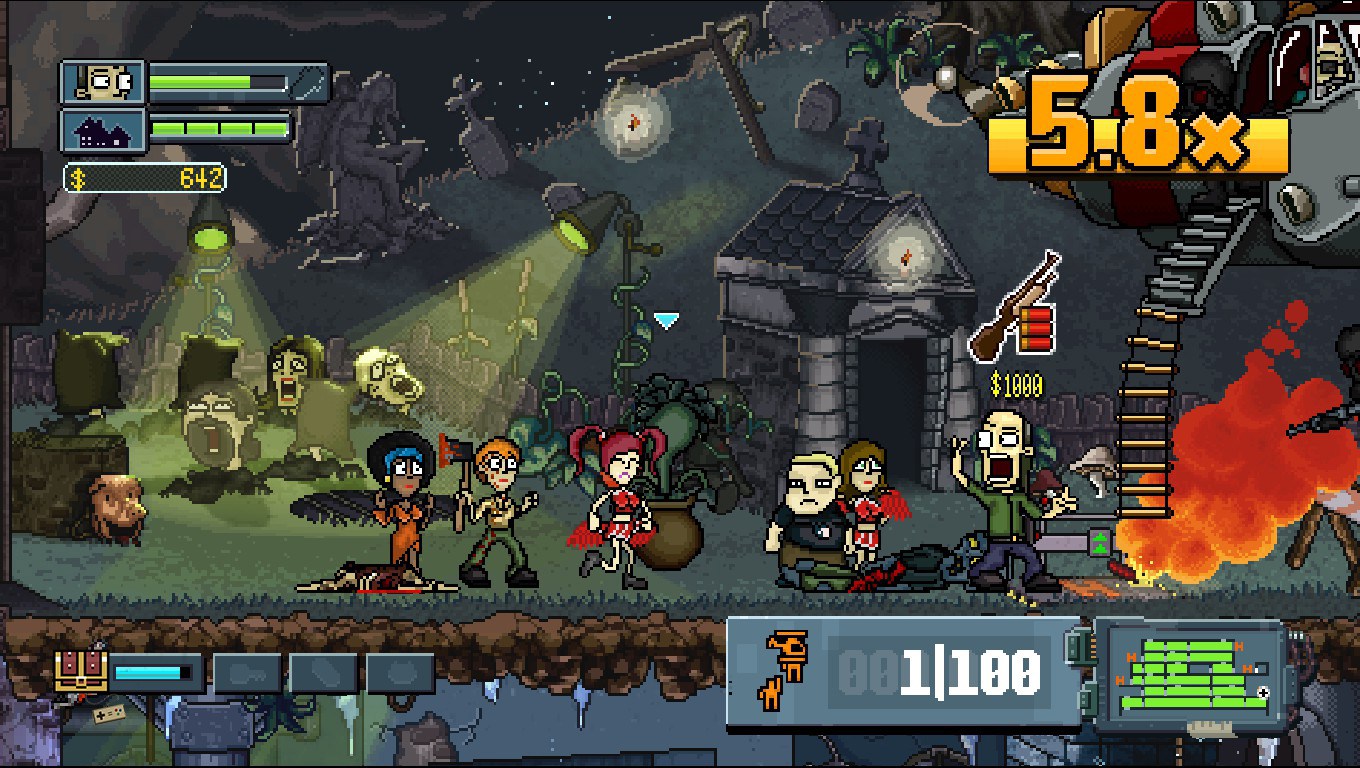 My Night Job looks nice. The setting and retro style fit the game, and the gameplay is tight and enjoyable. Sadly, the game is a very short experience that won’t live long in the memory. It’s very repetitive, you’ll be doing the same thing over and over again with the same one objective, and it’s very disappointing that there is only one stage. The game would have been much better and fleshed out if they had made it a little less challenging rather than having it get harder over the course of each different stage.