Nintendo and The Pokemon Company announced that the long-awaited sequel to the Nintendo 64 classic Pokemon Snap is launching April 30th on Nintendo Switch.

New Pokemon Snap will send players to the Lental Region, where they’ll snap photos of Pokémon in the wild. Players will work with Professor Mirror and his assistant, Rita, on an ecological survey to photograph Lental Pokémon thriving in nature. Players will tour the Lental islands in an on-rails vehicle known as the Neo-One through various paths. Lental Pokémon will be attracted to “Fluffruit,” an edible item that will make photographing creatures in the wild much easier. As with the original Pokémon Snap, players’ photos of Pokémon will be judged on their pose, how large creatures appear in photos, whether they’re facing the camera lens, and where they fall in frame. Pokémon behaviors will change over time in New Pokémon Snap, and players may see Pokémon behaving in “entirely new ways.” You can check out the full trailer below: 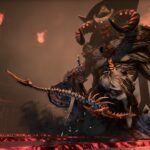