We now know what the PS5 console looks like and what games to expect within the next couple of years, but now everyone is wondering how much the console is going to cost? Sony hasn’t confirmed a price for the PS5; however. we do have a few bits of information to latch onto.

Bloomberg reported that Sony is struggling to keep the cost down due to expensive components, stating that the PS5 is coming in at around $450 per unit to manufacture.

There have been some pre-order listings across various websites. Many fans will be disappointed if these listings are accurate, with Play-Asia’s since removed listing sitting at a whopping $699.99. Now, this is more than likely just a maximum that Play-Asia thinks the PS5 will cost. This is a pretty common practice amongst retailers.

With the PS5 reveal event out of the way, we have another horse in the race, and that is the digital PS5. Now we have two price points to consider. We don’t know if the above-mentioned price of $450 to manufacture is for the digital-only PS5. With the price of Blu-ray drives being roughly $60/$70, then it’s safe to assume that the disc version will be at least $50 more than the digital version.

We just have to wait for the official price confirmation from Sony. My bet is $499.99 for the digital version and $549.99 for the disc version. So stay tuned for more on everything PS5, let us know what your price predictions are in the comments. 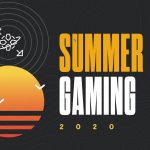 Gaming Respawn’s Most Exciting Games from Summer of Gaming