Microsoft has announced that PC users will be getting their own version of its Xbox Game Pass subscription service.

The subscription service shares the same name as its Xbox counterpart, Xbox Game Pass, and is very similar but has been created specifically for the PC market and will grant subscribers access to over 100 games, including a number of Microsoft exclusive titles.

Microsoft has ensured that this Xbox Game Pass for PC is tailored towards the PC market by working with over 75 PC developers and publishers, including Bethesda, Paradox, Sega and Deep Silver. As of yet, there’s no official list of games that will be added to the PC version of the Xbox Game Pass, but given some of the developers involved, it seems likely we’ll see a number of PC specific games added to the program.

That’s not the only piece of good news Microsoft announced today, however, as they also revealed that moving forward, they will be releasing their future Xbox Game Studios exclusive games on other PC Stores, starting with Steam. For those gamers who dislike having to purchase games across multiple stores, it now means that no longer will you only be able to purchase these games through the Microsoft Windows Store.

Microsoft will be revealing more details about its Xbox Game Pass for PC at E3 next month. It’s likely we’ll found out a price as well as an official list of the first games available through the subscription service then. 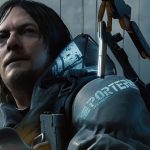 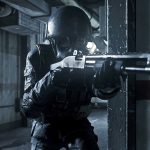