The Uplay channel on YouTube just announced Ubisoft’s newest rewards system called Ubisoft Club. The new program rewards players for purchasing games from the Uplay Shop and for playing the games and earning achievements on any platform.

Anyone can join the Ubisoft Club with their existing Uplay account or with a new account and their progression will be updated retroactively. So, if you’ve already played a Ubisoft game and earned some achievements you will be rewarded with the “units” associated with said achievements. Members will be able to spend units (similar to Uplay points) to get “extra in-game content, participation in betas, limited edition goodies, or discounts in the shop”.

On top of all this, Ubisoft Club also features an account leveling system, a badge collection system and a leaderboard to compete with your friends in. It is unclear, as of now, whether Ubisoft Club will completely replace Uplay, but it seems that, for now, it is just an addition to Uplay. 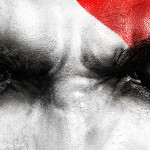