I’ve never been into flashy gadgets that advertise a million and a half features, look like they’ve come from the wet dream of a 14-year-old gamer and give you as much bragging rights as having an uncle who works for Nintendo. I prefer sleek, polished looking hardware that humbly hints at the technology lurking underneath its civilised exterior, and it’s always a bonus when it doesn’t look like a Hollywood prop guy could easily reuse it for a film set on an alien planet. That’s why I like the Logitech G810 Orion Spectrum, it looks clean, sleek but beneath the surface, it has enough technology to blow any fluorescent green gadgets straight out of the water.

Before we get into the nitty-gritty of what this keyboard does and doesn’t do, let’s have a look at the basics. First of all, how does typing on this keyboard feel? Unlike conventional mechanical keyboards, Logitech have opted to use their very own ‘Romer-G’ switches, boasting that they can withstand 20 million key-presses more than the conventional cherry switch. The ‘Romer-G’ is a switch specifically designed for modern gaming, and you’ll immediately notice the crisp response and lower key travel than cherry switches, although this might need getting used to if you’re using the keyboard for a lot of typing. It also allows for better lighting and boy can you tell, with each key lighting up in one of 16.8 million colours. 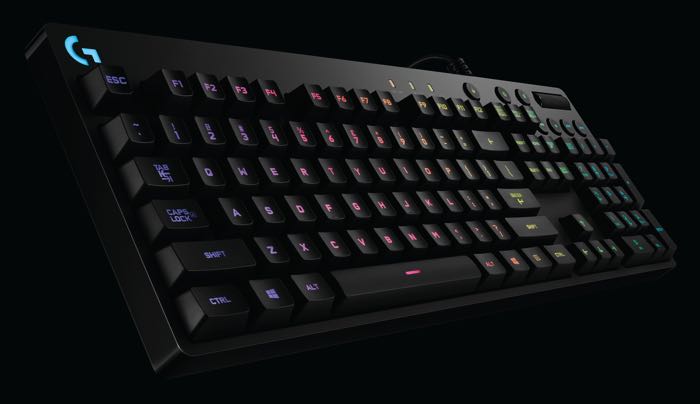 That brings us to Logitech Gaming Software, the easy-to-use computer program that makes this impressive rainbow happen and allows you to customise just about anything on your keyboard, mouse or other Logitech gear. Fancy making your own colour scheme for your keyboard, go right ahead. Do you only want to light up the keys you use in your favourite game? Logitech has the answer for you. They even have inbuilt configurations for certain games. Does your keyboard flashing red and blue when you’re being chased by the police in GTA sound like a neat feature? It most certainly does and let me tell you having these easy to use features at your disposal goes far beyond being just a nice gimmick.

The keyboard itself is an amazing no-nonsense piece of hardware that has everything you need to type, game and surf the internet without having a million extra keys that will only get in the way 90% of the time. The few extra keys it does have are a ‘game’ function that can disable keys such as the Windows key or any other keys you don’t want to accidentally hit when you’re in a game; and some extra keys that turn on or off keyboard lighting and music. It also comes with an incredibly useful wheel to adjust the volume, which has come in handy on more than one occasion. 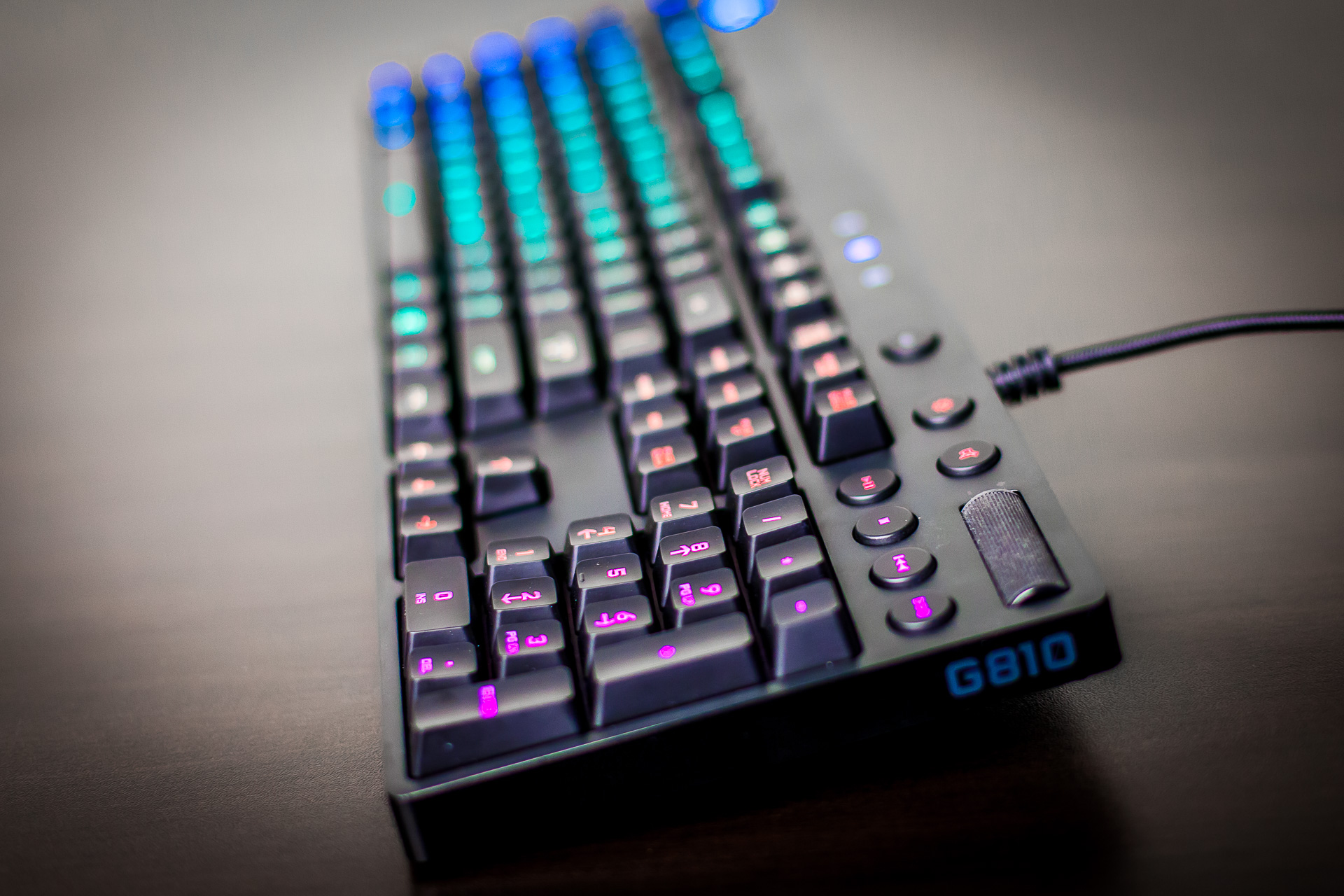 All in all, this is a great keyboard that takes the middle ground between a no-nonsense approach and incorporating enough features to surprise anyone lucky enough to get their hands on the G810. It also comes with the incredibly easy to use Logitech software that lets you edit the back-lighting of your keyboard to your desire in any game you want. Extra features, such as the volume wheel and the game key, are nice and very useful additions to the already very impressive arsenal of the G810 and the fact that this is the reasonably priced and more modest looking version of the more extravagant G910 Orion Spark makes it a great choice if you’re looking for an upgrade in the keyboard department!