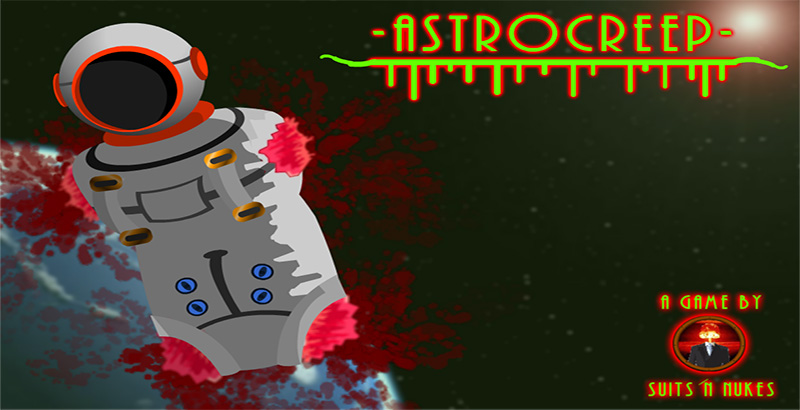 Always short of a few bob and looking for something a bit different, each week I scour the internet for fun, interesting or just plain curious Indie Freebies. This week’s highlighted titles are all horror-themed. First up is Astrocreep, a cheerfully gruesome point-and-click adventure set on a space station.

And then we’ve got three games from the very recent 72 hour MeatlyJam – the theme being “unlikely evil”. Namely: Time to Wash Up, a horror short involving a man and his camp fire; Blind Date, an interactive story about the terrors of meeting a girl; and Shroud of Darkness, a top-down action puzzler themed around grief. 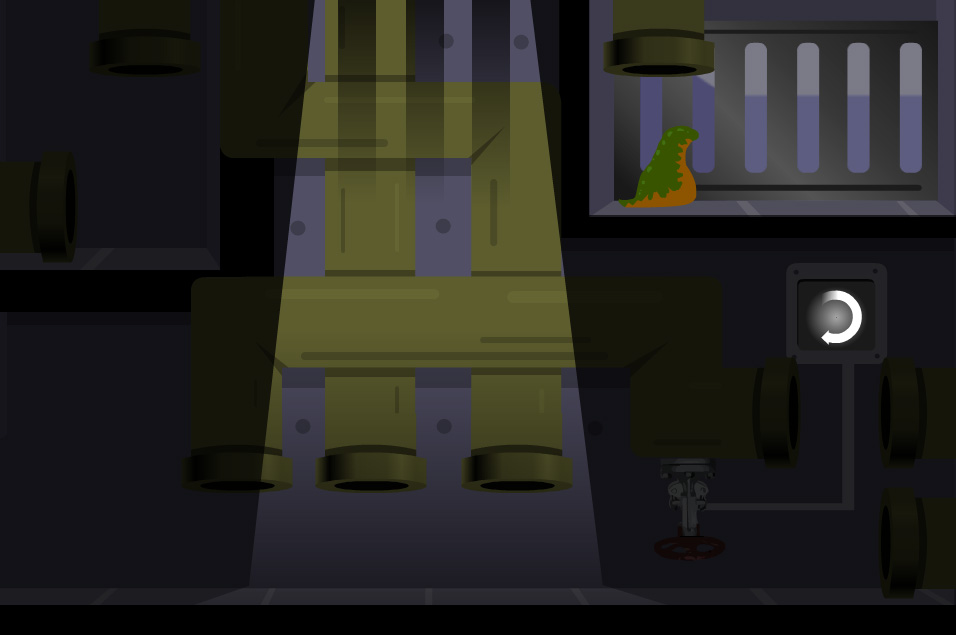 Have you ever watched Ridley Scott’s sci-fi horror masterpiece Alien and found yourself admiring the xenomorph’s “purity”? Then you’re probably a coldly amoral android portrayed by a British stage actor. Not to worry though, because the inexorable Suits n’ Nukes has just the game for you.

In something of a reverse take on his excellent Among the Sheep (which I covered here), Astrocreep sees you infiltrating a space station as a hostile alien life form. It begins with you emerging from the body of a dead astronaut in the medical examination room as simple yet rather adorable caterpillar-like parasite.

Unclouded by conscience, remorse, or delusions of morality, your purpose is to infest all the crew members on board and create a new nest in order to multiply. With each successful kill you evolve into something larger and deadlier, until you go on to become either a telekinetic space octopus or an acid-spitting cosmic squid. I’m not going to lie to you, both are awesome and it’s definitely worth going back try out the other evolutionary branch.

A relatively simple point-and-click adventure, Astrocreep is a lot of fun and a very different take on the genre. As we’ve come to expect from Suits n’ Nukes, the game revels in its outlandish and sublimely twisted humour, which owes much to the superb animations and sound effects; somehow managing to be both endearingly cute and stomach-churningly gruesome at the very same time. 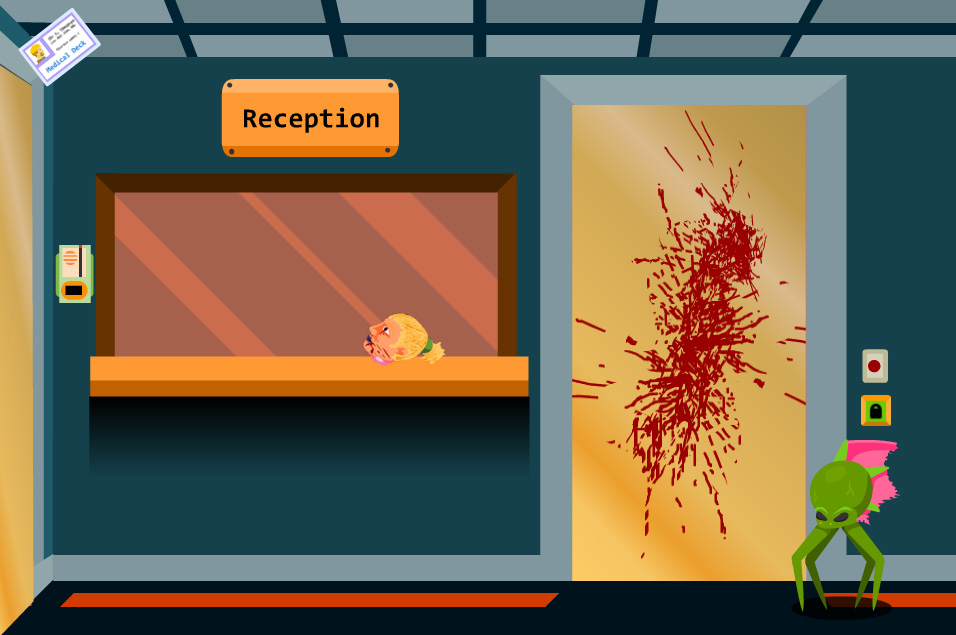 It’s just so full of brilliant scenes, from cutting your way out of a body bag using a miniature saw to cheekily removing the screws on a duct cover one by one, to how you distract the crew member who sitting on the loo. I won’t try to spoil too much for you, but the humans… have my sympathies. If only it could have been longer! Suits tells me he had more planned but had to cut it short due to real-life commitments. Shame, but totally understandable.

Astrocreep is available for Windows or can be played in a browser, though you only get the full ending with the former. It can be downloaded for free from Game Jolt here.

Time to Wash Up 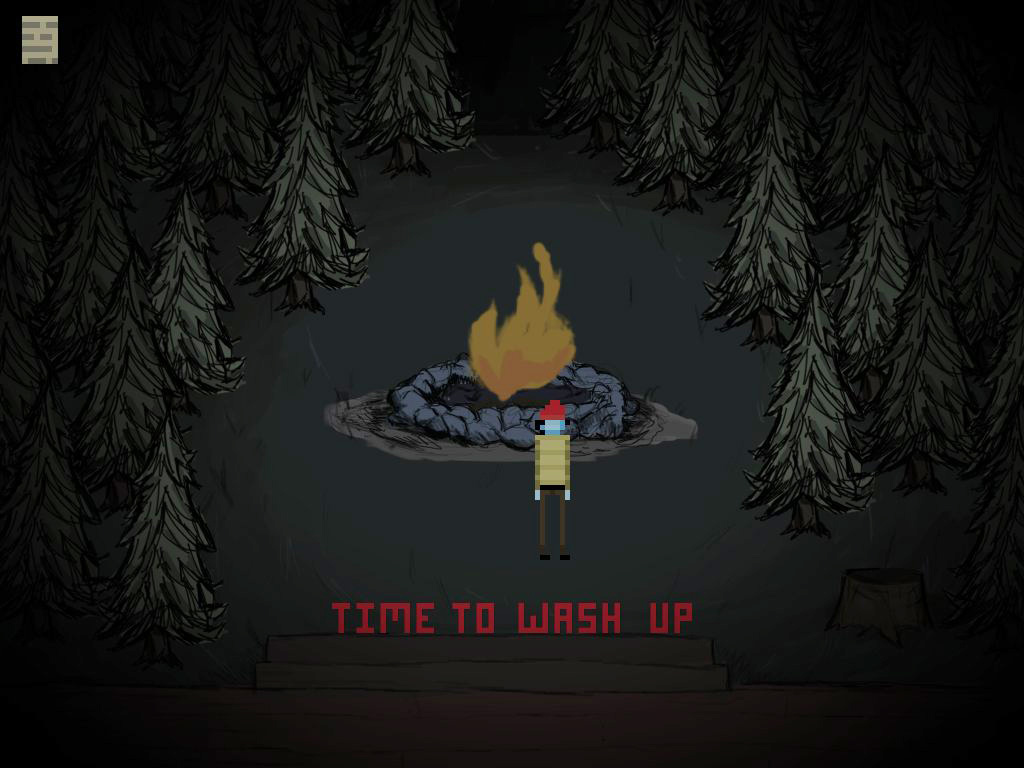 You awake in a sparsely furnished cabin to find a note beside your makeshift bed. “To do list: get wood, follow path,” it reads. Seems straightforward enough. So you head outside into the murky woods, but things don’t seem quite right. The trees seem to shift and sway as if watching you. The impenetrable night closes in all around you. An oppressive ambiance taints the air.

You pass the crackling camp fire, both mesmerising and menacing in equal measure, then continue to the barn where you pick up some logs and return to deposit them on the flames. Out of nowhere, an unseen demonic presence commends you on a job well done. On its command, you go to the bathroom where it’s “time to wash up”. You’re subsequently ordered to sleep, rising again the next evening. “More wood,” a new note demands. Never has collecting wood been so sinister.

An interactive horror short, Time to Wash Up is a brilliantly unsettling narrative adventure that builds up tension over the course of several days, partly through the use of subtle but increasingly disconcerting changes to the surroundings. And it cleverly misdirects you with a few startling red herrings so that the climax comes as a genuine surprise.

A combination of dynamic hand-drawn backdrops, somewhat reminiscent of quirky survival sim Don’t Starve, and pixel art characters, it’s gorgeously creepy. And it features some wonderfully atmospheric lighting and weather effects backed up by excellent sound design and music. It’s such a thoroughly immersive and intense experience, yet another example of how engaging horror doesn’t have to rely on photorealism, a first-person perspective, and cheap jump scares.

Time to Wash Up is available for Windows and can be downloaded for free from Game Jolt here. 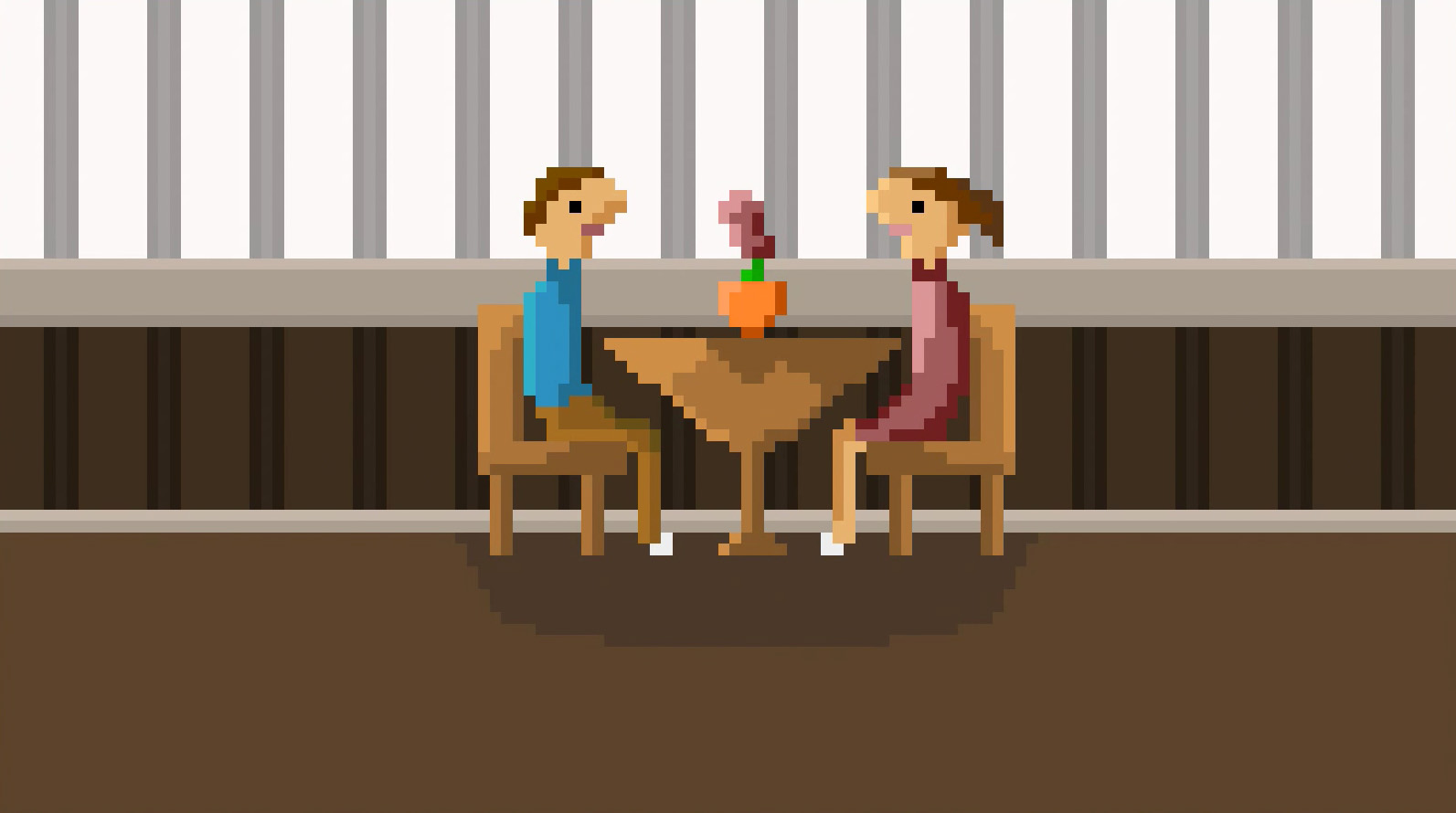 Don’t be fooled by the cosy setting and the incredibly cutesy pixel art, Blind Date is still a “horror” game of sorts. But one that takes a far more cerebral approach. After all, what could be more frightening than been forced to wrestle with your inner demons?

Set to a background of distant chatter, the clattering of crockery, and a sombre piano soundtrack, you sit at a restaurant table with a girl you’ve never met before. After months of loneliness, you’ve finally plucked up the courage to go on a blind date. “Don’t mess this up”, the prologue helpfully advises.

The conversation begins well enough. Polite but slightly guarded small talk – greetings, apologies for being a little late, exchange of professions. But the mood gradually changes. Her questions becoming ever more personal, verging on creepy and impertinent, even insulting. How do you respond?

It’s a brief but well-written and engaging interactive story with a surreal slant. One that I feel most will be able to relate to. Let’s just say that I’m glad my courting days are well behind me 🙂

Blind Date is available for Windows and can be downloaded for free from Game Jolt here. 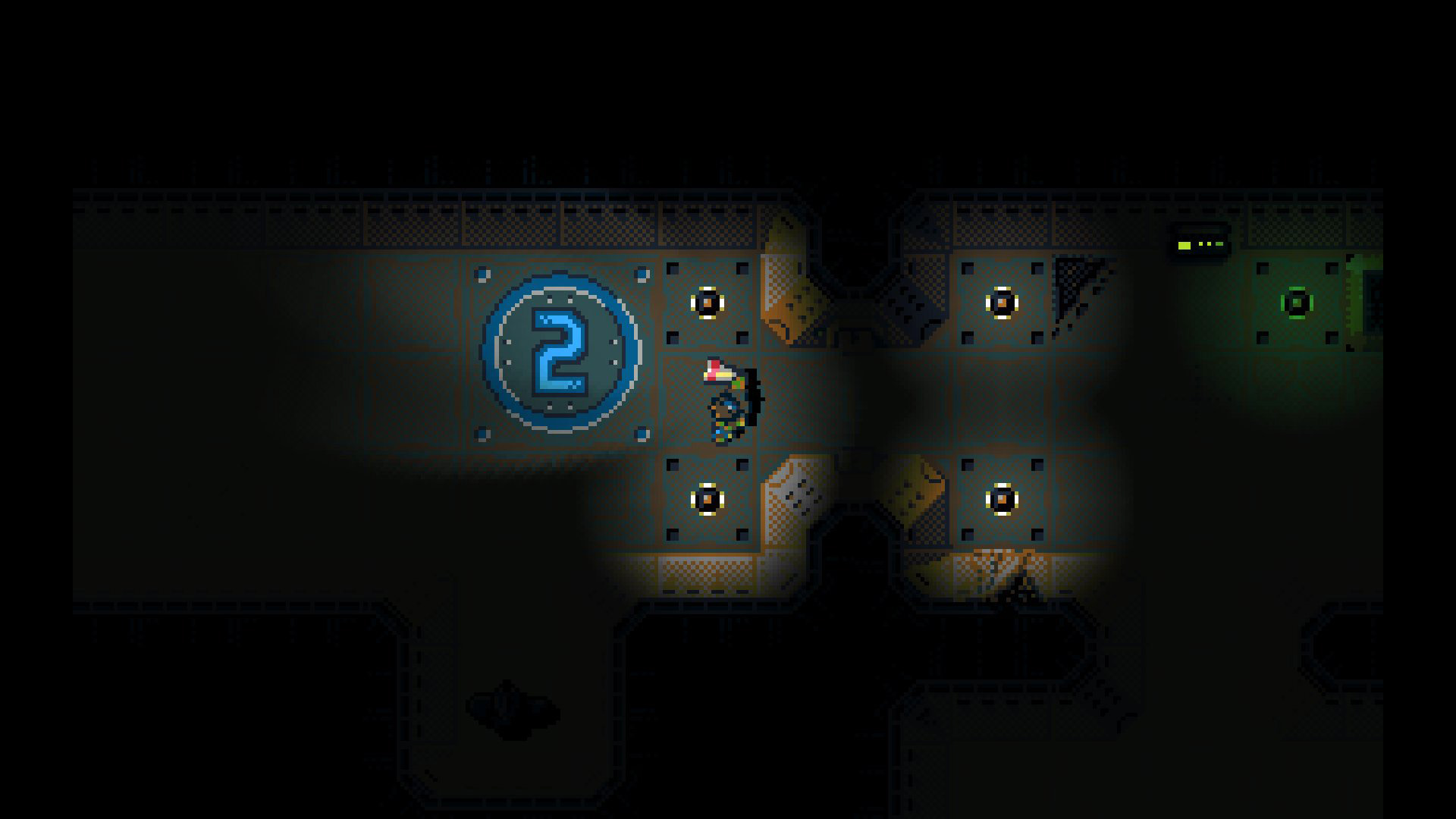 Shroud of Darkness is another MeatlyJam entry that doesn’t play out like your typical horror game. If anything, it’s got more in common with the action puzzlers of yesteryear. Indeed, with it’s flat top-down perspective, colourful pixel art, and sci-fi setting, visually it calls to mind the shumps of the 16-bit era. I can’t help but think of the games of Team 17 and The Bitmap Brothers.

Guided by the voice of the antagonistic Elizabeth, you find yourself in a futuristic complex of unknown purpose and almost entirely enveloped in blackness. The aim seems to be to escape. It’s a case of avoiding the pitfalls, finding ways to open the doors, and dodging the hostile creatures that guard the corridors.

Using your hookshot, you can move objects on to pressure pads, unblock passageways, and pull spike plates into the path of your foes. Your flashlight, necessary for safely navigating through the darkness, can also be placed in front of light sensors and retrieved later.

Curiously though, each of the chambers you pass through represents one of the five stages of grief – denial, anger, bargaining, depression, and acceptance. And the theme of each of these areas is reflected in Elizabeth’s attitude towards you, which is never friendly.

It’s a neat little narrative with a rather unexpected twist ending. And I really enjoyed the gloomy and claustrophobic atmosphere and the funky electro music. Gameplaywise, while I found the mechanics engaging and refreshingly different, I thought it needed to be padded out with better puzzles and more action. Though in all fairness, it was made in under three days in order to qualify for the jam. Perhaps it can be expanded once the voting is over.

Shroud of Darkness is available for Windows and can download for free from Game Jolt here. 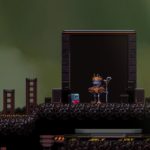 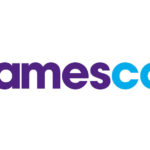