Fans of stylised indie platformers will be interested to know that one-man team Aza Game Studio will soon be releasing a free playable demo of their upcoming title Deep Rest. Earlier in the month the game was Greenlit by the Steam community after just 11 days and is due to be released in the autumn for PC, Mac and Linux.

Dark themed and describing itself as a psychological horror game, Dead Rest follows the tragic tale of young girl who commits suicide after her mother falls into unexpected coma. Consequently, she finds her trapped in a purgatory world known as Deadwood, an enchanted forest that continuously changes shape and form. To escape the loop she must unravel the mystery of her own death and what happened to her mother.

Inspired by puzzle platformer Limbo and graphical adventure The Cat Lady, it features a point-and-click interaction interface and promises to combine aspects of different genres with innovative mechanics, such as time travel and paranormal events. The gameplay will be non-linear and, as well as puzzles, there will be a strong focus on storytelling. In particular, you will be able to shape your own story and that of the characters you encounter. The final game will feature seven chapters, each taking around 30 minutes to complete. And some levels will be procedurally generated.

Deep Rest does look wonderfully atmospheric, combining Limbo’s monochrome silhouettes and parallax-scrolling backdrops with detailed hand-drawn objects, all very reminiscent of German Expressionism. It also includes an original score composed by Chris Wirtz. Anyway, I can’t wait to play the demo. You can checkout the trailer below and its Steam page here. 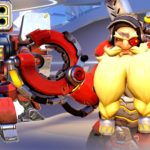 Overwatch’s Torbjorn Gets a Nerf On Consoles 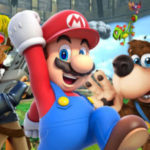