There used to be a time where about half of the games being released were set in World War II. It was a dark time and not just because of the setting, it was a time when originality was as scarce as world cups won by England. Despite creating some of the biggest franchises out there like Medal of Honor and Call of Duty, it was home to some of the most bland and unimaginative games the world had seen since E.T: the Extra-Terrestrial. It’s as if a lot of game developers saw the movie Saving Private Ryan and wanted to write their own fan-fiction about the movie but only knew how to make games, so they went and did that instead. Now that this dark age is behind us, we’re left with a bitter taste in our mouths because of the heaps and mounds of games that were as boring as having to watch endless loops of infomercials in a doctor’s waiting room. What happens when strategy game prodigies at Paradox Interactive breathe new life into an old and worn setting? Are they simply adding to the fatigue, or are they making one of the best strategy games out there? With the dawn of Hearts of Iron IV, the latest and greatest in ‘map staring’ grand strategy games, it looks like they have made one of the best strategy games I’ve laid my hands on. 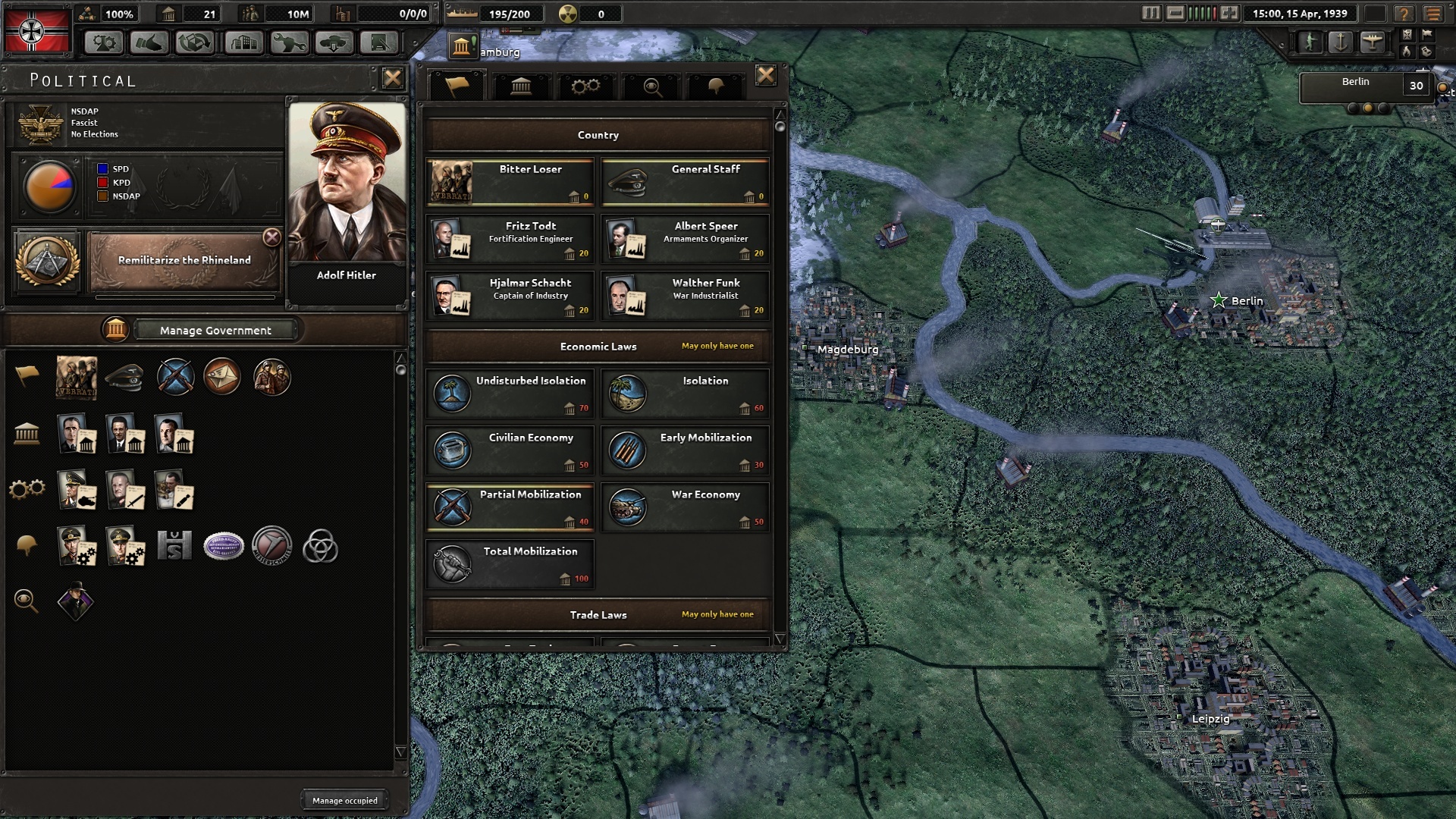 Hearts of Iron, as the introduction might have given away, is a grand strategy game developed by Paradox Interactive, set in the dark few decades before and after World War II. You get to pick any country in the world, though some of the best experiences are had by playing some of the major nations the game points you to, and from that point on you make the story happen. Want to play as a communist France hell-bent on stopping colonialism around the world? Go right ahead. Want to play a democratic Italy, upholding the long friendship among the Allies that fought side by side in World War I? Be my guest! However, are you a big history buff who wants to get as close as you can to leading a country through the massacre that is World War II and see how you could have changed things if you were the one in charge? Paradox has made just the right game for you, as well.

Similar to Paradox’s other recent title Stellaris, this is a grand strategy game in every sense of the word. You get to produce the armies, deploy them on the battlefield, send them the proper equipment, and send reinforcements when you suffer casualties on the front line. Not enough? Why not research new ways of production, new infantry equipment, and latest and greatest tanks to throw at the enemy! This might be a lot to throw at new players, that’s why there’s an in-game tutorial and a whole ‘how to play’ series on the channel of Paradox Interactive, arguably one of the best ways to get a hold of the game as you start understanding feature by feature.

Having played a lot of this game’s predecessor, Hearts of Iron III, this game is a huge step forward accessibility-wise. Having only played less than a week, I feel that I grasp everything the game has to offer, now it’s up to me to unlock my country’s full potential. The only thing holding me back is my skill, not how well the game can be explained in a short amount of time. But let us get one thing out of the way, Hearts of Iron IV is grand strategy down to its core. Don’t expect to jump into battles and fire the deciding bullet, this is a game of production assembly lines, army groups, and fronts that can span thousands of miles. You’re as close to running a country as most of us will ever be, and it’s up to you whether you guide your country through violent wars or try to remain neutral and avoid conflicts as much as possible. 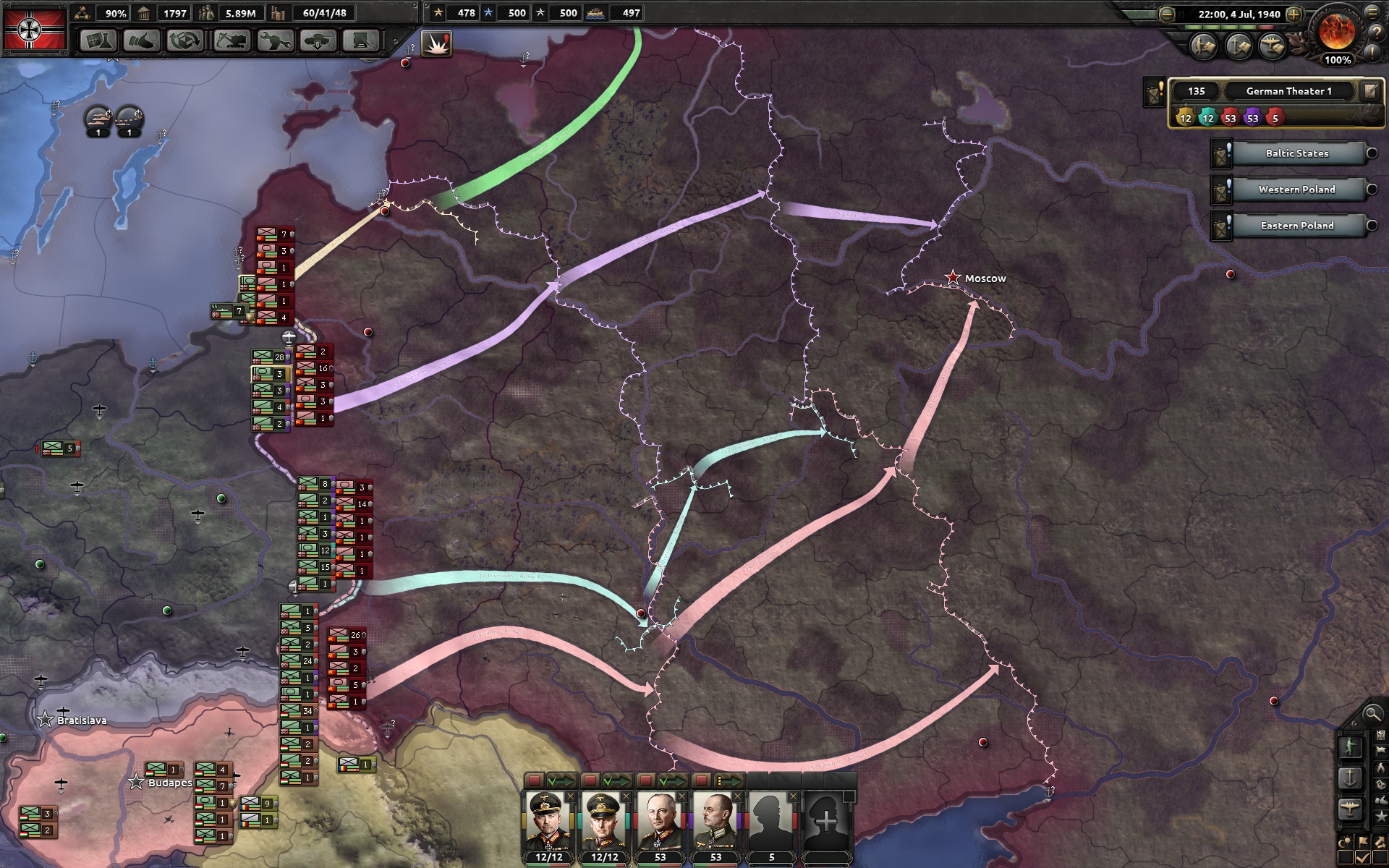 While this game doesn’t need nor have the graphics that rival that of Crysis games, it conveys its job really well and has an interface that tells you a lot while still being easy to understand. Things like assigning factories to production lines sound like you’ll have to dust off the hefty manual to figure out, but the way the developers handled it is one of the most ingenious and easy ways I’ve seen it done in serious strategy games in recent years. Instead of setting factories to build certain tanks or rifles, you simply pick a howitzer, plane, or even super tanks from a menu and choose how many factories you’d like to produce the item you just picked. The music the game has to boast, while very impressive, sometimes seems a bit out of place. I even had my better half come up and ask me if I was playing a game about amusement parks when some of the more ‘exciting’ music was playing. This might sound cheap, but as of this writing I’m trying to find things with the game I really don’t like, and apart from some small bugs like event pop-ups only firing after I reloaded a save and not being the biggest fan of Paradox’s pretty sizeable DLC plan, there’s nothing I dislike about the game or really would have liked to see alongside all the features already present. This is the strategy game that is very accessible to new players if they have a look at the tutorials and also a blast even if you’ve spent hundreds of hours trying to unite China under the red banner, tried to turn the USA into a fascist state, or even played a world domination game as poor old Belgium.

It’s been a hard week for me, every time I wanted to write about Hearts of Iron IV, I got sucked back into the entire experience and ended up wasting countless hours purging fascists from my motherland. Having that evening be ruined because of frustration, not because of the game, but because you were too busy not winning is a new experience, and while I hope I don’t sound like a masochist, it is fun in its own way. I get to role-play being a desperate dictator trying to hang onto that last straw of power, all the while my girlfriend asks me to go to bed because it’s already two in the morning.