The highly anticipated Persona 5 has been scheduled for release sometime in 2015 for PS3 and PS4 in Japan and North America. Persona 5 seems to be shaping up well, the game has been teased a few times by developers Atlus and the response from fans and newcomers has been overwhelmingly positive. The game has a lot to live up to considering it’s the latest main game in the long running Persona series. Persona 5 will come after one of the most highly regarded JRPGs of recent times, and my personal all time favourite classic Persona 4, which came out all the way back in 2007 on PS2, then later ported to the PS Vita as Persona 4 Golden which added new features and story elements to the game. A new character named Marie was added to the story, cutscenes and more. Persona 4 was such a success they made 2 fighting games, Persona 4 Arena made by the same devs that created the hard to master Guilty Gear and Blazblue series. As well as Persona Q: Shadow of the Labyrinth a dungeon-crawler RPG for the Nintendo 3DS and Persona 4: Dancing All Night is a rhythm game developed by Atlus for the PlayStation Vita. 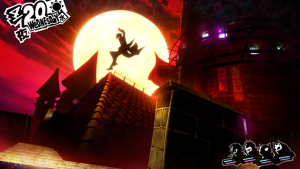 So with all that said and done, here are some things I would like to see added, fixed or improved on in the upcoming game.

Persona 3 and 4 have many different aspects that combine to make it such a joy to play, and a lot of fans favourite is the beloved Social Links. Social Links are special bonds that the protagonist forms with other characters in the game. The end result is that they make you become more powerful when fusing Personas, you also gain new skills and abilities in battle. That said, it’s the building of these relationships that’s the most interesting part, Social Links are little side stories that deal with real world problems such as; dealing with someone’s sexuality, dealing with the lost of a loved one, a person’s body image and how being a certain size had a personal effect on the character. These are just a few and they are all relatable, well written and mature. So for Persona 5 I’d like to see more of the same, deep mature stories that are relatable. I would like each party member to have their own as well as a bunch of side characters. I also want to see added that relationships can get strained if you don’t hang out enough or pick the wrong option from a dialogue tree.

Persona 3 and 4 are easily 50-100 hour games so it’s very annoying that there isn’t much to explore and do when in the town hub, I want more stuff to do and see, it would be good if you could visit different places in Japan that have their own unique feel, things to do and characters to see with the ability to roam around freely. When not in combat or doing social links I need something else engaging to do. I don’t want the game to become an open world RPG, I’m just looking for a breathing living world that excites me.

The pacing in Persona 4 was very bad at times. It took me about 2 hours before I was in real control of the game, which is very daunting to new players. There’s also times in the game where you would have nothing to do because of how the story plays out, this needs to change. There shouldn’t be times when your waiting for the game to advance, this time should be used to introduce new game mechanics, new characters and special events. Also I want control from the start of the game, I don’t want my hand held for the first few hours.

4. Bigger Cast of all ages

The game Catherine made by the Persona Team devs showcased their ability to work with older characters and have adult oriented themes in their games. Wouldn’t it be great if we had some older members on the main cast instead of just all high school students to mix it up a bit. Persona 3 had a cast of ten party members, whilst Persona 4 had eight. I would like to see the cast size remain the same but I also want them to be a very close group.

I like the day-to-day calendar structure of the Persona games, it makes you get a sense of the student life that your character and friends are going through. There will be exams throughout the year as well as school activities. You can only do certain things on certain days, a lot of Persona 3 and 4 is choosing what specific stuff to do each day. Do i sacrifice training today, so i can hang out with my friends to level up my social link? Should call in sick at work because i need to stay up late and study for exams? But sometimes due to it, the pacing is weak and the game can start to drag or get repetitive. Maybe they can add a day and night cycle that slowly changes time during each day. This way you can do more activities each day, now don’t get penalised and advance a whole day by doing simple things.

6. A mixture of Dark themes and Light themes.

So far judging by the trailers, the game has more of a darker tone, which we all wanted but I’m hoping the game still has a lot of light moments to balance the game. I think it would work amazingly if the main character has 2 different sides to himself. So by day when you’re a student its the light hearted side of the game and characters. Then by night when you’re a thief its the darker side to the game. This for me would make an interesting game to see how he deals with both personas. Are you looking forward to Persona 5?

And which game is better Persona 3 or Persona 4?

Rings of Saturn. Issue #3. “International Victory Goal” in SENSIBLE WHAT? NEVER HEARD OF IT

I have been thinking of getting into Persona for some time now? Where would you recommend I start?

Both games are good in different ways I can’t recommend one over the other. But i’d take P4 over P3 any day.

What made P3 and P4 so great for me was the huge cast of party members, I’m going to guess the party in P5 will be the main 4 characters for now, the same way as in P4 when it was just Yu, Yosuke, Chie and Yukkio. And later in the game there will be more that join the group.