Mario Kart 8 is getting more DLC! With eight tracks announced at the time of writing and 40 more to go, speculation is running wild about the tracks to be included. From fan favourites to tracks that could benefit from modern Mario Kart features, there is plenty of potential for this DLC to be game-changing! So, the question is: Which tracks do we want and need the most?

An N64 classic! DK’s Jungle Parkway takes players on a ride through a jungle, and it’s incredibly atmospheric. Its simple (and, again, atmospheric) soundtrack, alongside vibrant greens and beautiful surroundings, make driving through this track a great time. Not to mention the track has some difficulty to it, thanks to the river that’s dangerously close to the path, as well as the tight bridge that can cause mayhem. This is a track that, more than anything, tests a player’s skill and would be a magnificent choice for the new DLC. 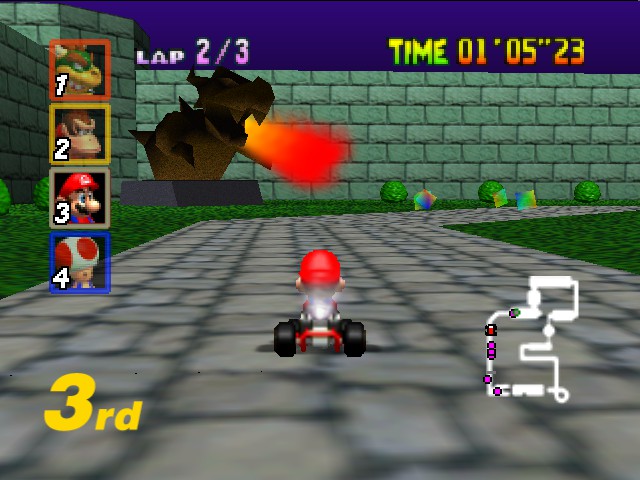 For a Mario Kart 64 track, this holds up surprisingly well. One of the best, Bowser’s Castles deserves a comeback in the DLC. It nails the atmosphere to a tee, with eerie music, tough obstacles and a dark visual tone.

A glider section could be added towards the end of the track. As for other features since its last appearance, there is little need. Just updating the graphics and adding some more interesting background images would really spruce the track up. Plus, there is currently just one Bowser’s Castle track in Mario Kart 8. Bringing back the track from Mario Kart Wii would also be great!

Mario Kart 8 has done an exemplary job of gifting Mario Kart: Super Circuit tracks with new life. Cheese Land and Ribbon Road, for example, are better than ever! So, a track like Cheep-Cheep Island could also be improved with the Mario Kart 8 engine and mechanics.

As is the case for many Mario Kart: Super Circuit tracks, they feel pretty bland and flat. If added to Mario Kart 8, Cheep-Cheep Island could see massive change, just like how it was improved in Mario Kart Tour. I would keep it similar to the normal version of the track, but I still feel as though it could be improved.

Having undulation can add a new element to the track, as well as bumps that to add depth and create boosting opportunities to speed up the track. Underwater sections could add yet another layer, with the track being on a desert island. The barriers are quite restrictive on Mario Kart Tour as well, so they would need changing. There is potential here, but whether or not it is executed remains to be seen.

I mean, this track has already come back in Mario Kart Tour with significant improvements! Undulation has been added, and the track looks more beautiful than ever! Now, for Mario Kart 8‘s DLC, getting rid of those multi-coloured walls and replacing them with something that blends in better would be a good step forward. Adding a couple of gliding opportunities on top of this and making the background a bit more detailed would bring this track into the modern era of console gaming.

It’s the best track from Mario Kart: Super Circuit to not come back to a console currently, and it’s a bit surprising. I mean, we’ve seen lacklustre tracks such as Peach Circuit and Luigi Circuit return, so why not bring this underrated course back?

So, Wario Colosseum would be insane in Mario Kart 8, but it could be a gem. It’s difficult anyway, with an incredibly tight track, a necessity to drift and being built for eight racers rather than 12. But imagine how crazy this track would be on 200cc! Few tracks feel quicker than Wario Colosseum anyway, and that’s because of the nature of the corners.

A couple of tweaks, such as widening the track, could help to make it viable for 12 vehicles, but otherwise, this could be a really interesting challenge to include in the DLC. Now, Wario does have a fair few tracks in Mario Kart 8, but can we please have one more?

For a start, the music is incredibly catchy, and the unique item roll sound effect adds individuality. The track is also quite vibrant, from the tunnel/cannon at the beginning of the lap to the illuminated pinball game. Drifting just feels so satisfying in Waluigi Pinball, and the feeling of speed is always present. Meanwhile, pinball obstacles prevent the track suffering from emptiness.

Incorporating anti-gravity from Mario Kart 8 could improve the track and so could having twelve players as opposed to eight. An icon like this deserves its place in the new DLC. 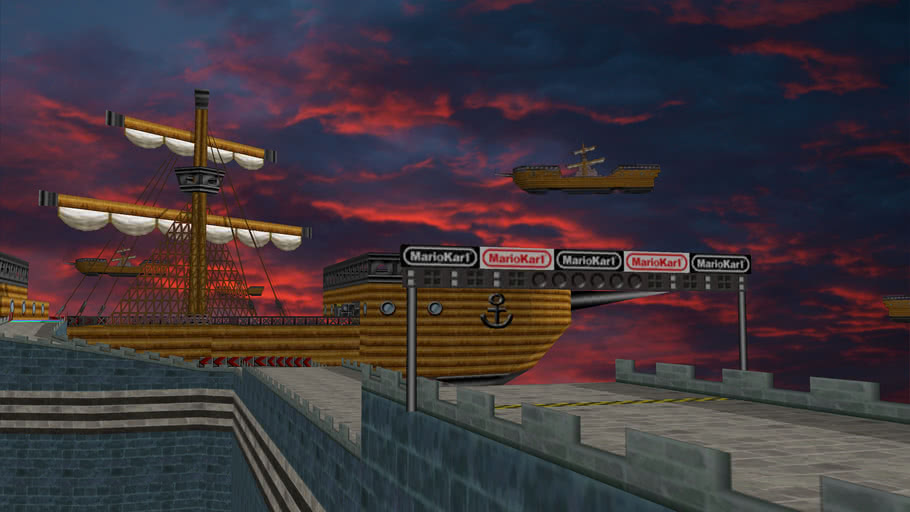 Yet another classic from Mario Kart DS! Airship Fortress feels intense and fast-paced from start to finish. At times it becomes narrow and challenging for players to get right. At other times the track is wide open with opportunities aplenty for drifting. Again, twelve players on this track would be chaos but also good fun.

This is very much a track that should stay the same. No new features from Mario Kart 8 can really improve it, so keep Airship Fortress the same and bring the popular track back!

Perhaps the best track alongside Coconut Mall from Mario Kart Wii (and that’s already added), Koopa Cape is vibrant and feels fast, which helps the pacing massively. That underwater tube is very cool, and I’ve always liked how the music changes slightly when you enter. As a fan favourite, it makes little sense to keep this track away from fans for too long, so adding Koopa Cape is just sensible.

Koopa Cape needs very little improvement. Seeing changes in the background, such as Koopa Troopas cheering the racers on and more life around the underwater tunnel, would massively improve the liveliness of the track. Otherwise, keep Koopa Cape the same, and everyone will be happy.

One of the best tracks to have not returned in a future installment. Granted, there have only been two titles since Mario Kart Wii, but DK Summit is a great time. In a game where snow levels are practically nonexistent, DK Summit would be a fine addition. Based on a ski resort, the player traverses down a mountain (after being shot to the top via a cannon), and the drive down is exhilarating!

Physics could use an improvement for this track, and Mario Kart 8‘s gameplay is the answer to this problem. Nonetheless, the music is awesome, and the satisfaction of performing stunts and traversing the ski resort at high speeds cannot be understated.

With the announcement of Nintendo Switch Sports, is there a better time to bring back this track? Wuhu Loop feels like the perfect Sunday drive. Well, it would if you weren’t racing to the finish in a timely manner. Nonetheless, racing around Wuhu Island once again would make for a great nostalgia trip!
Anti-gravity could be added on the wall in section 2 to make the track’s inclusion slightly different from that of Mario Kart 7‘s. The track has plenty to offer in the form of shortcuts, ramps, obstacles and track width changing throughout. Its a fun time!

Similarly to Wuhu Loop/Wuhu Island Loop, is this the perfect time to bring back such a nostalgia trip for fans? Traversing Wuhu Mountain is a great time! The track has shortcuts, interesting obstacles and is split into three fun sections. In Mario Kart 8 this track could also be more challenging due to the increase to twelve racers as the track is pretty narrow.

Just getting to see so many landmarks from the iconic Wii Sports Resort will delight fans, and the nostalgia will come rushing back into the minds of many. Also, gliding the final stretch of the track is a very cool way to finish a race.

Which other tracks should return in Mario Kart 8? Should there be more tracks from Super Mario Kart? Be sure to let us know!

Is Cycle Frontier the New Escape from Tarkov?

The List of Video Games Set in a School