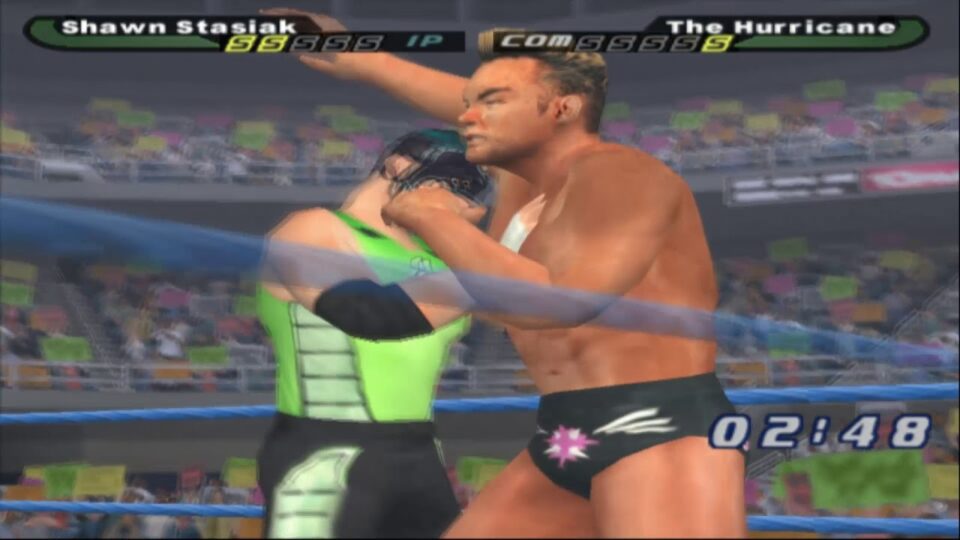 As someone who enjoys themselves some Video Game wrestling action, I’ve played many an electronic Grapple Em Up over the years. Some of these games have ludicrously overpowered wrestlers that can tear through the opposition with ease (Brock Lesnar and Triple H in Smackdown: Here Comes The Pain come to mind for example). However, whilst some wrestlers are all conquering king or queens of the squared circle, others end up with the shorter end of the stick. Therefore, today I will be looking at five wrestlers who were so borked by the game they were featured in that playing as them was a recipe for little other than misery. 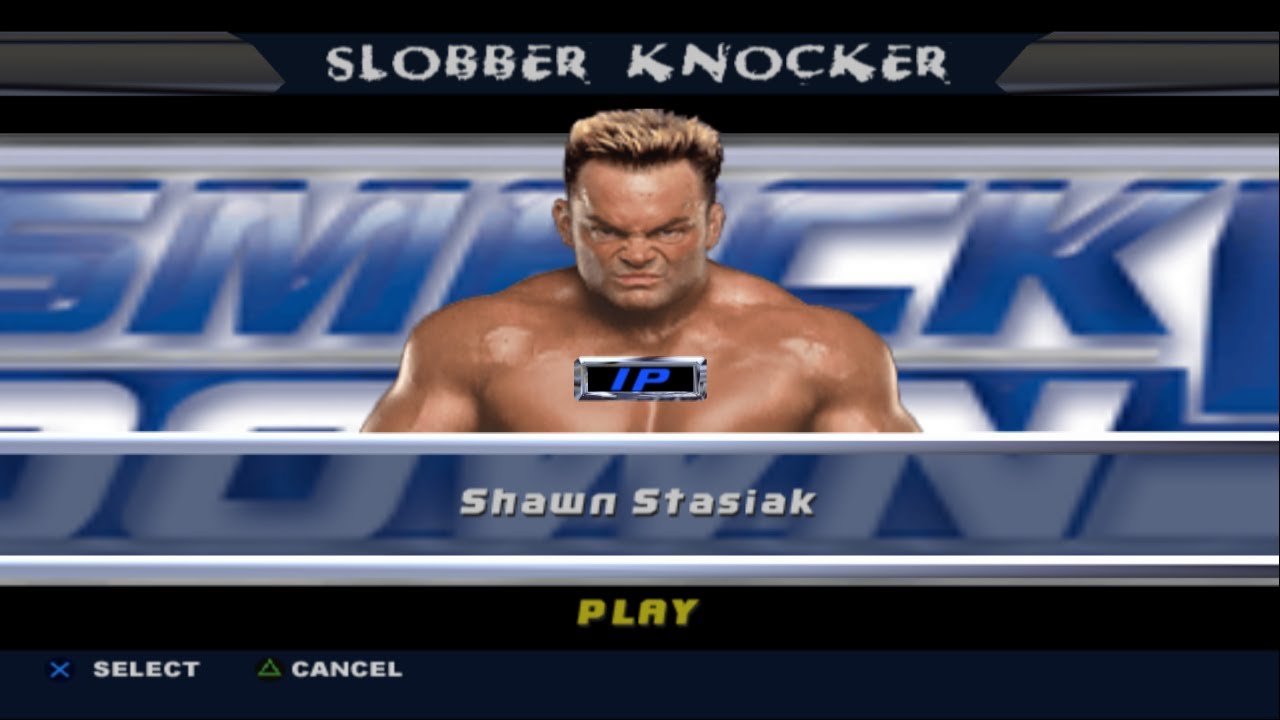 Shawn Stasiak was known for three things throughout his career. Firstly, he was a relative of famous former WWE Champion Stan “The Man” Stasiak, so he had wrestling in his blood. Secondly, he had a very impressive physique, with the sort of looks other wrestlers would be desperate to have. And thirdly, he was such a goofball outside the ring that it basically always cost him in the long run. In fact, the WWF actively made fun of him for it onscreen in 2001-02 by giving him embarrassing characters, such as an idiot who would try and attack people only for them to sidestep and send him crashing into the nearby scenery.

His final gimmick in WWE was as “Planet Stasiak”, a nutter who behaved like he was from another planet and always talked in horribly forced rhymes. It was an absolute loser of a gimmick and it didn’t help that Stasiak was pretty meh when it came to the in-ring aspect of the wrestling business. The combination of his lame gimmick, below average wrestling skills and his annoying backstage personality eventually led to Stasiak leaving WWE that year and never really getting another chance in a major wrestling company again.

Seeing as Stasiak was a pretty ineffective goober in the ring in real life, developers Yuke’s decided to transfer that into the game itself. In the words of famous wrestling manager Jim Cornette, Planet Stasiak would “struggle to whip cream with an outboard motor” in Shut Your Mouth. His moves don’t do that much damage, he doesn’t have much in the way of appreciable skills and his finishers have the same effect on the other wrestlers as that of a warm breeze on a summer’s eve. No matter what difficulty level you decided to play on, choosing Planet Stasiak essentially always made it feel like you were playing on Hard Mode. 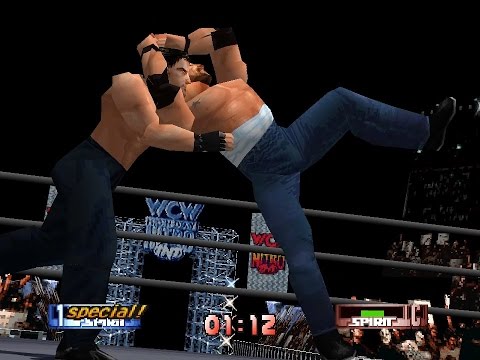 This one makes a bit more sense in that Eric Bischoff was never a full-time in-ring competitor in real life. Bischoff’s rare forays into the ring often led to him getting clobbered for the majority of the match, and whenever he was allowed to get some heat on guys like Larry Zbyzko it almost always looked bad. Bischoff did actually have real karate credentials in real life, but when it came to the wrestling business he was always better in the role of a weedy manager or cocky authority figure than he was as an actual wrestler, which is something I’m sure even he would admit.

Despite that, it could have still been possible for him to be a fun guy to wrestle as on Revenge, but AKI ended up making one key decision that made wrestling as Bischoff next to impossible, which is that he doesn’t have the ability to grapple. Yes, all Eric Bischoff can do in this game is punch and kick, which might have been more in line with what Bischoff was capable of doing in real life but didn’t make him an especially enjoyable character to play as. You really don’t appreciate just how useful an ability being able to grapple someone is until it is taken away from you, and when your wrestler is already pretty low down in the stat table it becomes even more apparent.

What’s so weird about this decision is that Bischoff was also a playable character on the previous game of World Tour and he actually could grapple in that, making him somewhat entertaining to play as, especially you did what I used to do and team him up with Hollywood Hogan so that he could flee whenever it looked like he was in trouble in order to tag in his much bigger mate. Sadly that version of Bischoff fell by the wayside, leaving us with this grappleless wonder. 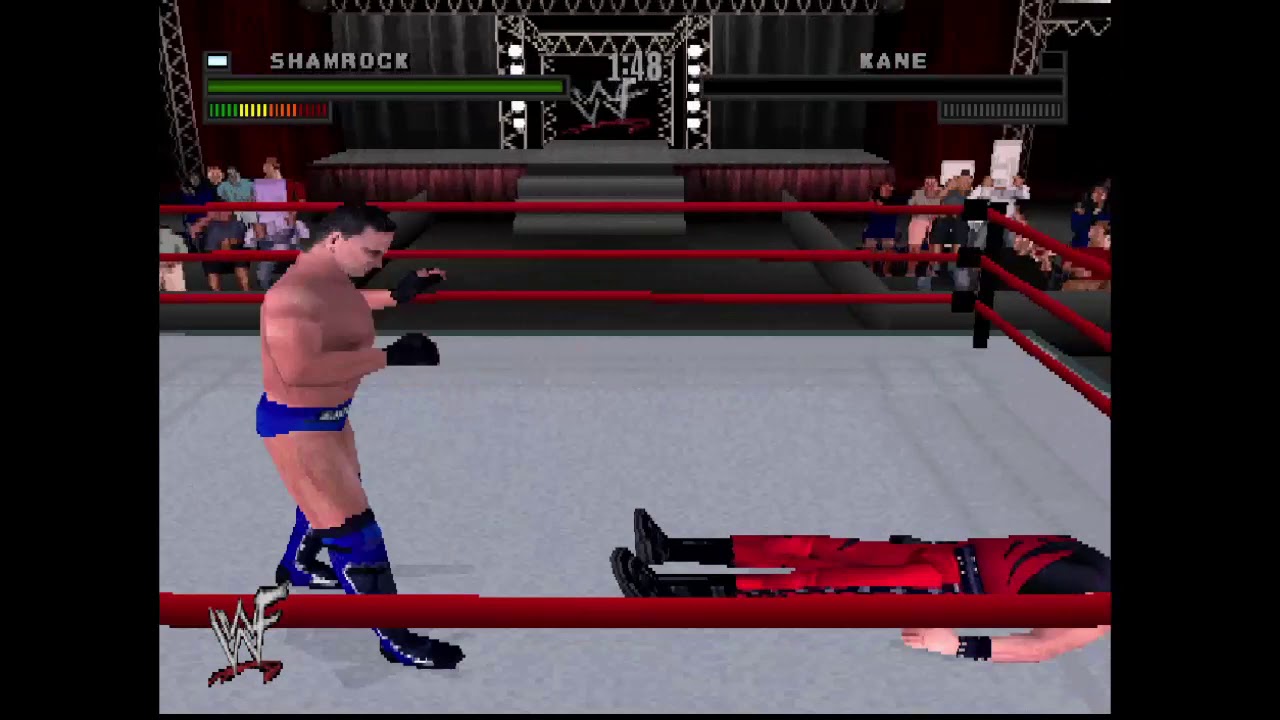 Ken Shamrock was not only a successful wrestler within the ring for the WWF during the Attitude Era, winning the Intercontinental Title, Tag Team Titles and also The King of the Ring tournament, but he was generally pretty fun to play as on the wrestling games from that time frame as well. Indeed, Shamrock would often be one of my go-to wrestlers to fight as back on the original Smackdown game, owing to his lethal mix of submission holds and high impact suplexes/throws. However, when it came to Attitude¸ Shamrock has very little in the way of unique moves to deploy.

Shamrock isn’t a wholly ineffective wrestler to select in Attitude, but his lack of moves means you often tend to have to do the same ones over and over again, which is not only makes matches pretty dull but it also directly works against you due to how the fans will start to boo you if you keep using the same moves. What moves Shamrock does have in his arsenal are reasonably effective, but when you contrast him with someone like D-Lo Brown, the difference in the variety of offence between the two is startling. I hardly ever played as Shamrock in Attitude, which marked one of the rare instances that this was the case when it came to Shamrock in a Video Game. 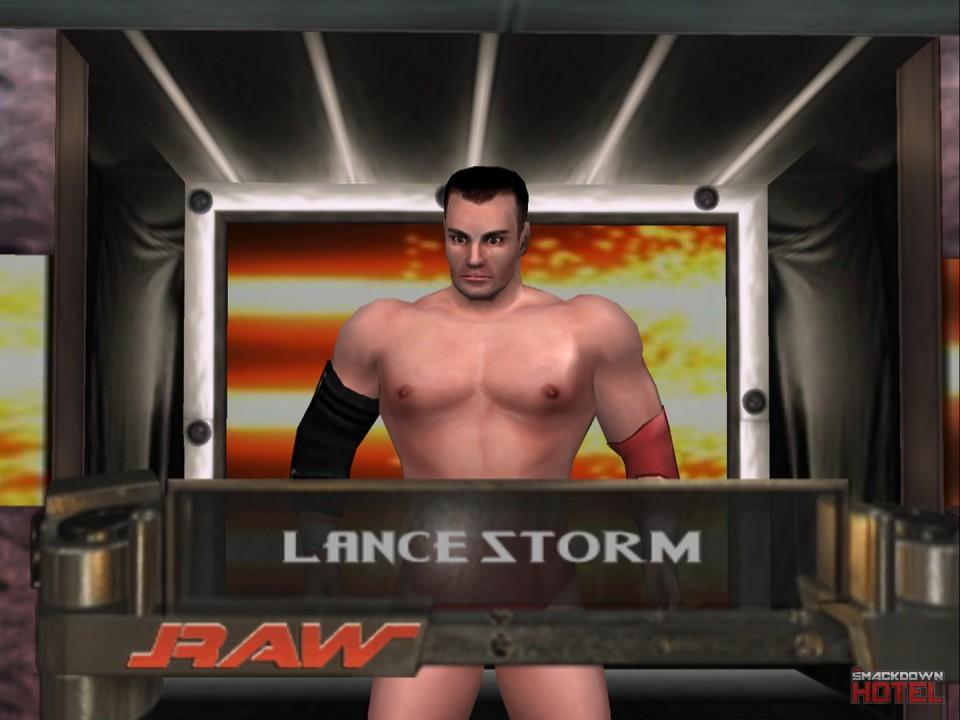 Lance Storm is a wrestler that I generally found to be quite entertaining to watch back in the day thanks to his mixture of technical wrestling acumen and high-flying often leading to him having well-wrestled solid bouts, especially when he was in there with another skilled grappler like Jerry Lynn. Storm enjoyed a reasonable amount of success in WWE as well, winning the Intercontinental Title, Tag Team Titles and even getting to front his own faction in 2002. Storm was a solid enough selection in Shut Your Mouth, but sadly that didn’t translate into Here Comes The Pain.

Storm actually has a decent selection of moves to choose from, but what lets him down is that the damage doled out by the moves isn’t that high and he’s also exceedingly weak when it comes to absorbing punishment from other wrestlers. No joke, if you play as an even slightly stronger character in Here Comes The Pain then you can plough through Lance in reasonably speedy fashion. Fight as someone like a Goldberg and you can probably kill him off with a mere handful of moves. What also hurts Storm is that he’s designated as a Cruiserweight, which means that he struggles to lift a lot of the bigger characters in the game and their moves do even more damage to him as a result.

Against a vast majority of the roster Lance Storm is at just too much of a disadvantage, and his propensity for getting easily clobbered makes playing as him far more like a chore then a pleasure. On the rare occasions that you get in there with someone who you can actually do a bit of damage to, Lance Storm can be somewhat fun to play as, but you could probably count those wrestlers on one hand. It’s a shame because Storm could have been a far more entertaining wrestler to do battle as if they’d just tweaked his stats a bit, but sadly they borked him good and proper, making him little more than fodder. 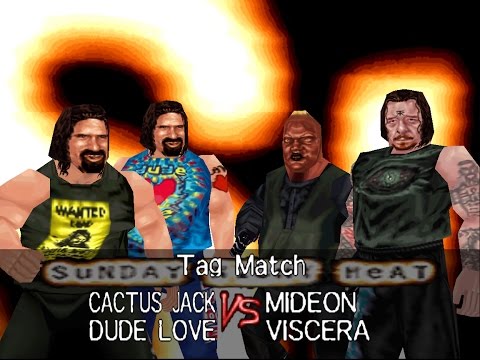 Mideon had previously been a Tag Team Champion with his storyline relative Henry O. Godwinn, but when that team broke up due to Henry having to step away from the ring due to injuries, Mideon ended up getting a gothic makeover so that he could join The Undertaker’s “Ministry of Darkness” faction. Mideon actually got enough momentum from this that he actually got to hold the WWF European Title for a brief period, but outside of that he was mostly a lower card player and the WWF didn’t do much with him.

Mideon did at least manage to make his way onto a wrestling game, with him filling out the WrestleMania 2000 roster along with often time tag team partner Viscera. The problem was that Mideon didn’t really have a very exciting wrestling style in real life and the game decided to stick with that when it came to his move-set in the game. It’s not like Mideon is especially ineffective, but wrestling as him is just so boring because he does only the most basic of moves and his finisher is a back breaker submission move that only works after you’ve punished your opponent’s mid-section and back for hours, meaning you either have to fill up your Attitude meter numerous times to win with it or just defeat your opponent with something else instead.

On one hand you almost have to commend AKI for going out of their way to make sure that Mideon’s selection of moves mirrored his real life style as much as possible. Mideon was mostly a brawler that delivered clubbing blows and eye gouges, which is basically all his Video Game equivalent does as well. However, committed to realism though they were, wouldn’t it have made a bit more sense for AKI to actually give Mideon a few additional interesting moves just so playing as him wouldn’t be so eye achingly dull? This is supposed to escapism at the end of the day! 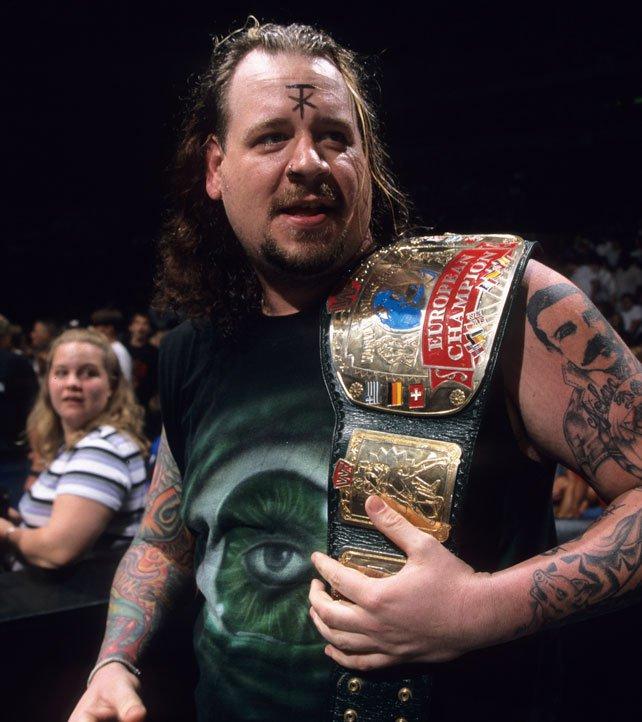 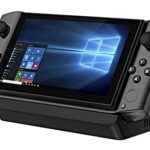 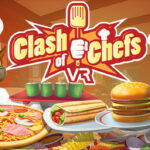