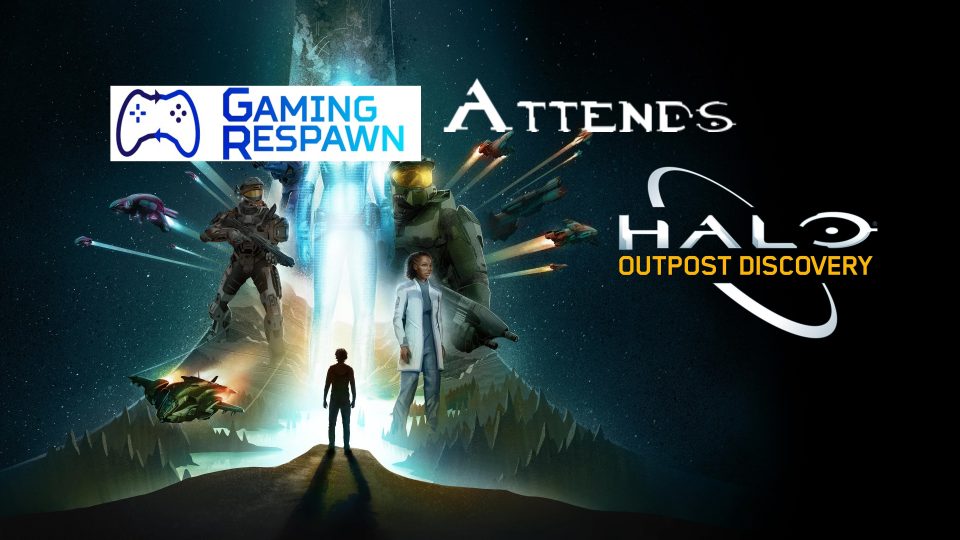 I recently attended the Halo: Outpost Discovery event at the Orange County Convention Center in Orlando, Florida. The event was from July 5th to July 7th, 2019. I attended the event on Friday with my two boys, both of whom have enjoyed playing Halo. My youngest was looking forward to meeting Steve Downes, the voice behind the legendary Spartan known as John 117, also known as the Master Chief. He also wanted to meet Jen Taylor, the voice behind the AI construct known as Cortana, as well as Dr. Catherine Halsey, the creator of the Spartan II project. My other son was really looking forward to playing Halo: Reach on the PC. This is the first game of the Halo: Master Chief Collection that is now heading to PC. As for me, I was hoping to meet Larry Hryb, the Director of Programming for Xbox Live, also known as Major Nelson. Furthermore, I was hoping to meet Justin Robey, the Director of Player Voice at 343 Industries, also known as Robeyonekenobi. As for the event, I was looking forward to seeing all that it had to offer.

This is the first convention-type event I have been to (all the others were just ticket-based concerts), so it was exciting to get a badge to wear at the event, which we acquired through use of an app created for the event. After getting our badges, we had to wait about 45 minutes to get in. We went through a security checkpoint into an open area, and my initial thought was, “That’s all?”. After looking around some more, I realized this was just part of the experience. In this area was an information kiosk, a food court, and an area dedicated to cosplay, mainly used by a group called The 405th who are a community focused on cosplay related to Halo.

The entrance to the main area was also here. The line to get in was long, but when the event opened to general admission, it moved very quickly. There were two ticket levels: VIP and General Admission. VIPs had access to the event an hour before and an hour after and access to the VIP lounge. They also got a goody bag of items. At a one-day price of $170, I did not feel it was worth it. After talking to a few other attendees, they also shared my sentiment. The VIP lounge was really just a gathering area with some Xbox consoles and a Fireteam Raven arcade machine. Both of these could also be played on the main floor.

The first thing we decided to do was to walk around and take in what was all there. There were plenty of static displays to go along with the attractions. The static displays consisted of the Hall of History, which showed the history of events for the Halo games. These were well done, although I thought there could have been more information on each one. With the interaction of the Augmented Reality and hunting of items in the app, it added more layers to it. Along with the descriptive displays, there was a drivable Warthog on display, along with a full size model of the Master Chief and an Elite. Along with these were a spartan helmet from Halo: Reach, and life size models of weapons and other equipment.

Next on our agenda was to hit up the PX: Post Exchange. This area had items to purchase related to Halo, and they ranged from pins, cups, helmets, and clothing. I chose to get a POP Master Chief figure since it was exclusive to the event. The lines in this area were initially long, and we spent over half an hour waiting to make our purchases. After the initial wave, some of the items, such as the POPs and helmets, were sold out. I overheard some workers there saying they would get resupplied the next day.

After this, we went to the Range, a simulated shooting range with NERF-like weapons that looked like items from the games. The goal was to shoot at targets on the screen and get a high score. To start playing, you scan your badge, and it would keep your score along with leaderboards on the app. It was fun, but the weapons were very inaccurate.

My boys wanted to do an event where you got to create your own Halo emblem. This sounded great, so we had to find out where it was. It ended up being in a room center to the floor above us, and when we got to the room, we found out that the emblem creation was merely just using paint on a Microsoft Surface. Not wanting to waste time, we went back through security and headed back to the main floor.

The next destination we decided on was to get some food and then try for the Ring Experience. This was an immersion experience based on one of the Halo rings. The line to get in was wrapped around the area twice, and we ended up being in line for over an hour just to get halfway through it. My oldest son decided to go sit in the recharge area, which was near the vendors so you could sit and charge your phone. My other son wanted to go the the Steve Downes and Jen Taylor signing. I told him that if the wait for the Ring Experience took too long, we would skip it and go wait in line for the signing. It was at this time that Larry Hryb was walking around the floor. I got out of line and waited for a couple of other people to finish talking to him. With Mr. Hryb was the event manager (I did not get his name l, but he was really nice), and he asked me what I thought of the event so far. I told him that the lines were ridiculous, but overall, we were enjoying the experience. He had mentioned that they had more people come than they anticipated and were trying to make it better for the next day, but the convention center rules made it difficult. When I talked to Mr. Hryb, I had told him that I have been playing Halo since the launch of the first game and have been on Xbox Live since the beta. He thanked me for this and said they do this for the fans. Afterwards, I got back in line for the Ring Experience, then my oldest son had texted my other son and said if we wanted to get autographs, we had better get over there. This resulted in us skipping the Ring Experience and getting in line for the signing. We were in line for around an hour, which was not too bad since we spent that time talking about Halo with other people waiting in line. This is where it started to get very bad.

After waiting in line for a while, the event staff said that the line had to disperse, and to make it fair, they would hand out tickets to do a raffle for the signing. So, they handed out the tickets and told everyone to come back at 7:00 PM. We decided to try to do more of the displays to get more of the hidden Augmented Reality items and barcodes that were on the displays. This resulted in me getting enough completed to get a free item. The app said I would get a Spartan Owen dog tag, and to redeem it, I had to go to the information kiosk. When I got there, they told me, “Good job,” and gave me a Spartan Hazel pin. It wasn’t what the app said it would be, bit it was still nice.

Not long after this, it was time to find out about the raffle. Unfortunately, there were still people in line waiting for the autograph session. It was not clearly communicated what was happening to other attendees. The crowd that had gathered for this was well over 300 people. Eventually, my ticket was called, and I decided to let my youngest son have the opportunity to get something signed. That was rewarding for me because the gesture got him teary-eyed, and I did it because this was the main part of the convention he wanted to do. Not long after that, his ticket was called, and we gave it to my older son. We then had to get in line and go upstairs to a separate room where they asked for our tickets to verify if we belonged there, although they did not actually check the ticket numbers. Later, another staff member asked me why I was in line. I told her that I had to be since my son was a minor. She then said that I also could have two items signed. I was not particularly interested in this since I did not have anything to get signed, while my youngest son brought his Halo: Master Chief Collection case to be signed. We then found out that they also had free posters for Halo Infinite if you did not have other items. While waiting in line, Kiki Wolfkill, Studio Head of 343 Industries, was standing by us. My youngest got her autograph, and she was very nice. Shortly after that, we got our autographs and pictures. As we were leaving, my youngest son saw Greenskull, a Halo YouTuber. He went to get a picture with him, and we also met Justin Robey.

Both Greenskull and Justin were nice. Justin even answered questions about Halo Infinite that my boys had and explained some of the ways that they planned to take feedback to make the next game better. This, unfortunately, was the end of our time there.

The event had several ups and downs. With the way they handled the raffle, my youngest went from happy to be there to ready leave and never come back. It really was unfair to others that waited in line and didn’t get autographs. It should have been first come, first serve. My son did later say that since we were able to get autographs, it made up for the downfalls.

For the future of Halo events like this, they really need to double down on their efforts. All the interactive events need to have at least two setups to prevent long lines. The autograph sessions need to be held more than twice for an hour each to give more people the opportunity to get things signed. The app that was added to the event had several issues: It drained my phone battery quickly and even lost all the data for my youngest son, it was also very slow to load, and they should have had a Wi-Fi network to make it better to use the app during the event.

With some minor changes, this event could’ve been great. I really can’t complain about most of the issues since this was the first time ever for the event, and the staff had mentioned improvements were being planned already. Honestly, the main problem was the signing event. It ruined the experience for many and was handled poorly. All in all, I wish I could have gone the next day, and if they do it again next year, I would attend it. 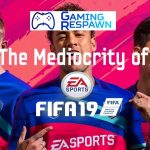 The Mediocrity of FIFA 19 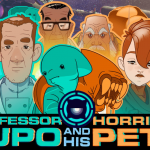