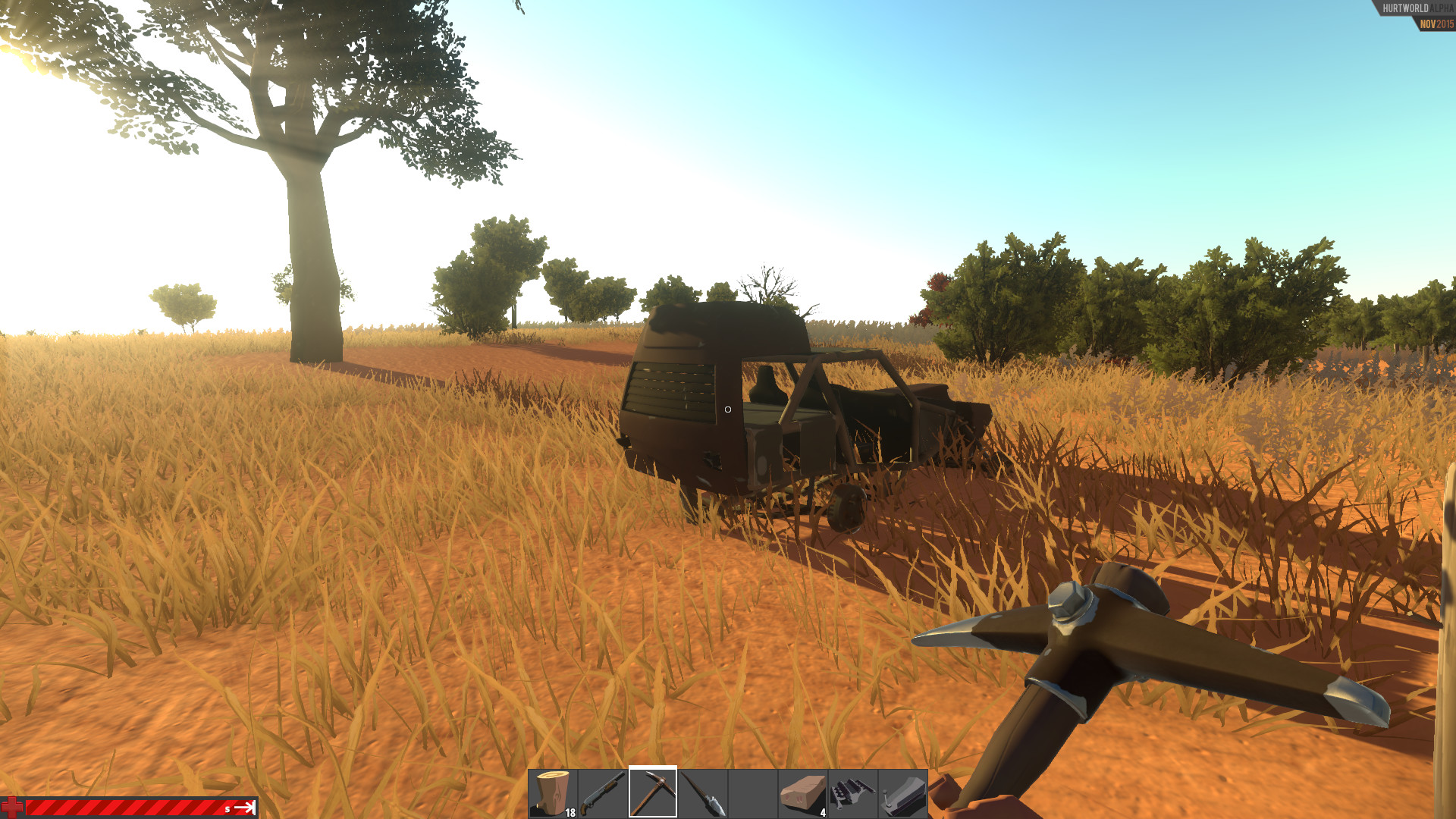 Hurtworld is a game that managed to completely slip past me. I never knew it existed until I saw it pop up on the Steam Store and unsurprisingly, it was in Early Access and another survival game. Here we go again I thought. But the further I looked into Hurtworld, I became intrigued enough to give it a purchase, more in hope than anything that it may finally be a survival game we have all been waiting for.

While it doesn’t revolutionize the survival genre, it does find a good balance of being both hardcore, yet fun. It suffers from the usual problems that most games of these types do, and that is the community. Until there is a total shift in gamers mentalities, there’s not a lot that can be done, but thankfully Hurtworld has some ideas of its own to make each death that little less painful.

The surge in popularity of Hurtworld was quite staggering to watch and it even took the developers by surprise. Over the first weekend, the game was busy and had a few hundred reviews, but it quickly rose to become one of Steam’s top sellers and with that, bringing an influx of players. This is both good and bad but the game shows glimpses of being one of the best survival games if the developers can iron out some of its kinks and expand on its feature list further.

Already Hurtworld is jammed with features, it even has playable cars but like a lot of people have already mentioned both in other reviews and on Steam, the game is too early at this stage. The excitement and freshness of the game wears of when old habits begin to show themselves. It’s a game packed with potential that’s for sure though. 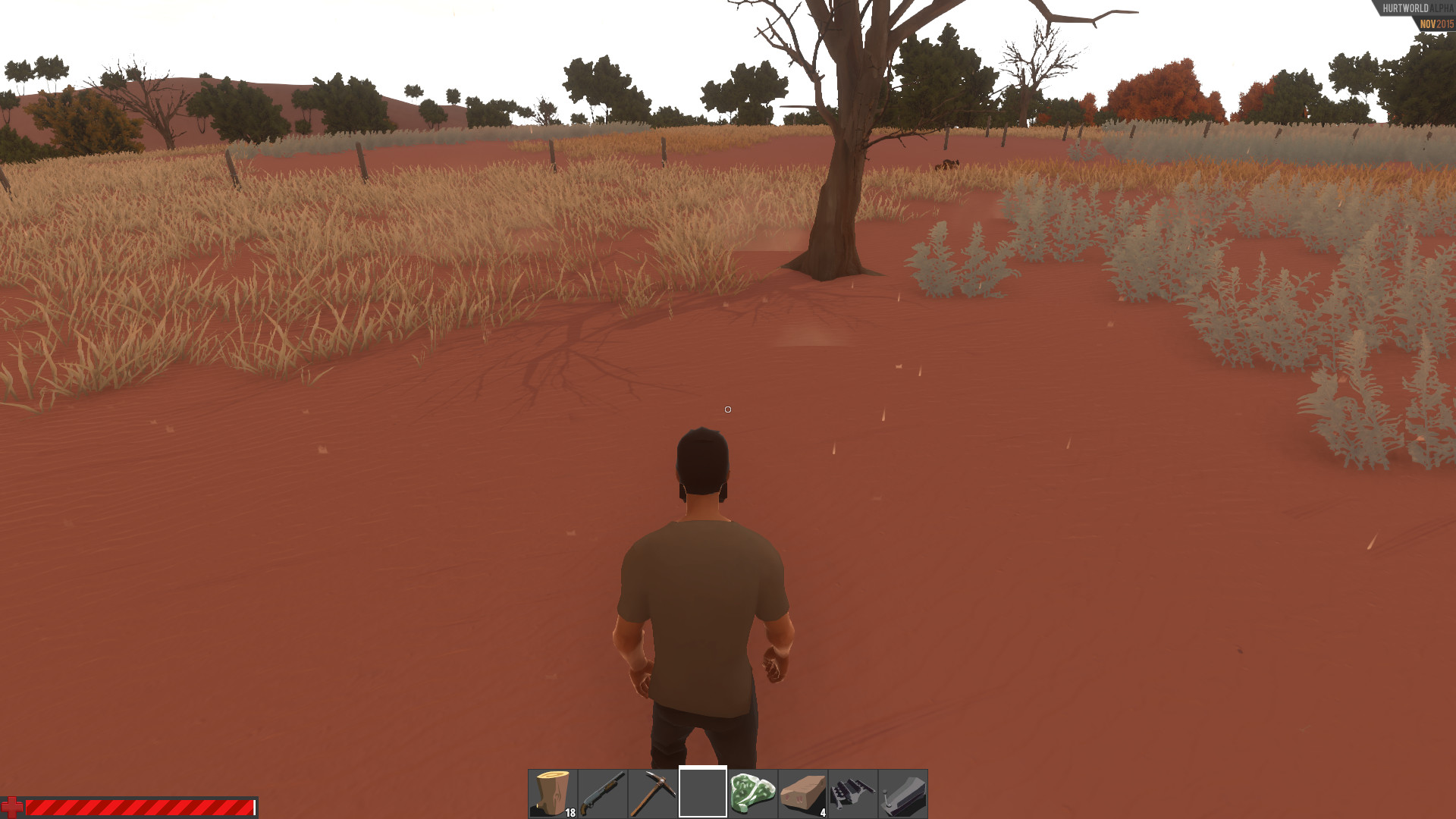 The first thing you notice about Hurtworld is the visual style the developers have gone with. Despite being billed as a hardcore survival game, they opted against going for more realistic graphics. I’ve never really been a fan of games with “cartoony” graphics, with immersion being my biggest complaint however Hurtworld doesn’t possess those issues, despite its look. In fact, it is rather refreshing and if anything, should lead to better performance going forward. However, just because the game doesn’t look like DayZ, don’t expect it to run smoothly all of the time. Having said that, the world of Hurtworld is very vibrant and rich in colour, even if the world itself can look rather empty at times, devoid of any life or resources in areas.

As is standard, you spawn naked on what could only be described as beach, even when all the water has seemingly been drained from the world. You have nothing on you so the first thing you must do is pick up sticks and stones from the floor so that you can begin to craft the very basic tools you will need to survive. For anything more advanced, you need a workbench. The world is pretty bare, with rocks and mountains as far as the eye can see and the odd tree here and there. If you want wood, well, you can’t chop trees. Instead, you have to look for logs laying on the group to chop at with a hatchet. Gathering resources works very similar to Legacy Rust.

Hurtworld does have all the mechanics you come to expect from a survival sim though. One aspect which the game focuses more heavily on than others is temperature. It’s both a blessing and a curse. At first, I loved it. I I loved the fact that you had to spend the night huddled around a fire to stop you from freezing to death. It was hardcore and realistic. But then its flaws begin to show. Its tedius trying to warm up and stay warm around a campfire. Stand too close and you’ll overheat too quickly. Stand just a tad too far and you’ll freeze to death, despite being close enough to a fire to feel its warmth radiating against you. Anyone who has sat around a campfire will know that you don’t need to be touching the bugger to stay warm. Even a few feet away and you’ll stay warm. Yet in Hurtworld, the temperature gauge is too sensitive.

Clothing is a key item in the game as it will keep you warm from the elements as well as preventing you from getting burnt and sunstroked while out in the sun during the day. When it works, it works great. If you are getting too hot during the day, get under some shade and you’ll begin cooling down. However venture out even in warm clothing during the night and within a few seconds you’ll get a timer until you start freezing. It makes exploring at night near on impossible, unless you pack campfires with you. 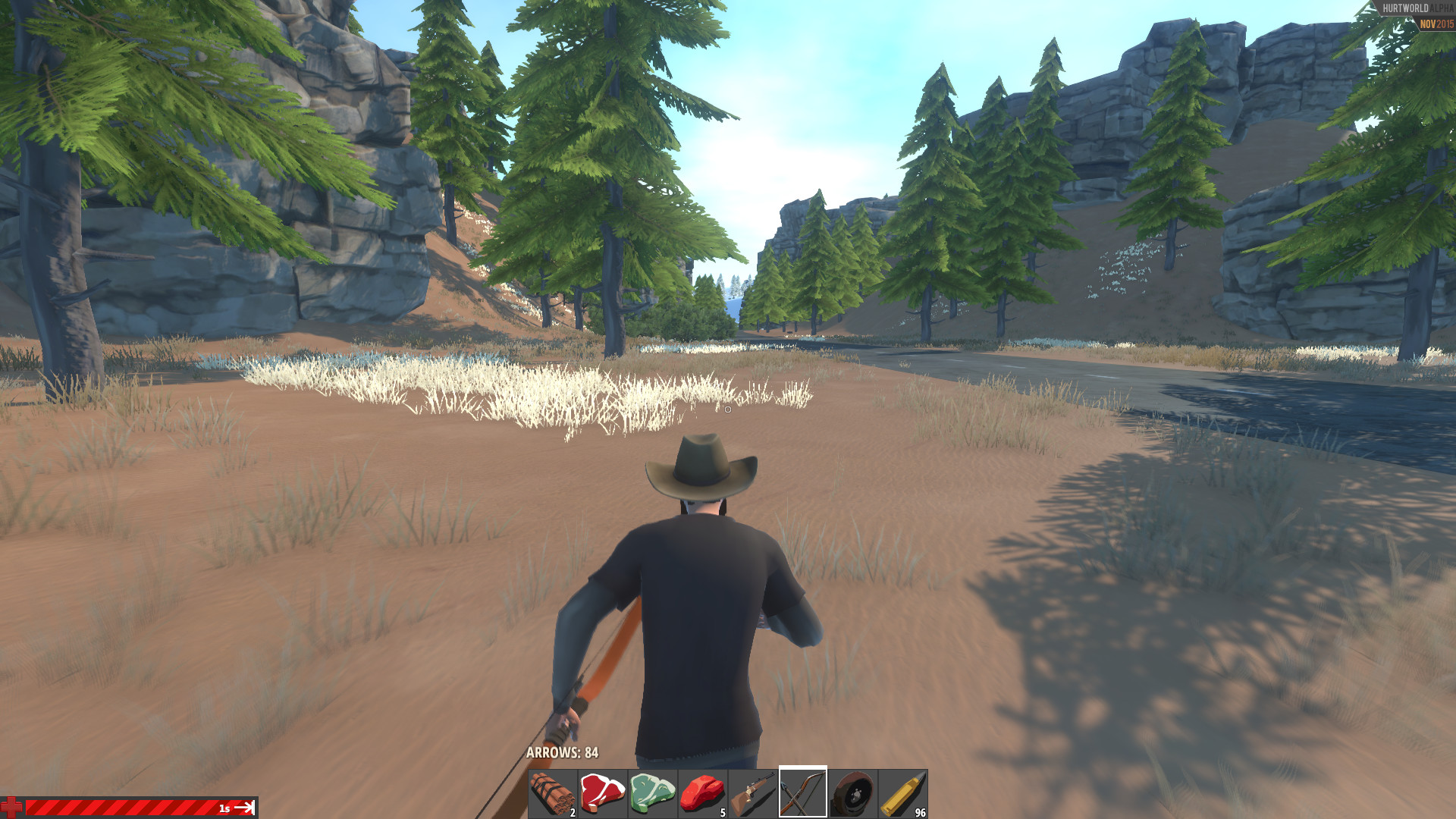 I love the concept of the temperature and the fact it plays a pretty big role in survival. It needs fixing up though as its one of the biggest flaws. It was my biggest frustration. It means you have to plan what time you go out, what time you start heading back and making sure you know your way back to base. It’s created some tense moments for me and my friends as we’ve taken a wrong turn and had to settle down in the wilderness for the night with our fire. That has the knock on effect of feeling vulnerable. We were constantly looking over our shoulders as the light from the fire would be sure to lure any nearby players our way. Would they avoid us as we were a group or pounce anyway? It’s moments like those which make Hurtworld great and it’s been a while since I’ve experienced that  feeling of having  racing heart while playing a game.

Hunger, however, is always the problem with these games. It seems that every survival game I play struggles to find a realistic balance. There are enough animals around to hunt for food without ever going hungry, but its a tedious task which needs to be done once too often and takes time away exploring the rest of the world and progressing. Since temperature is a bit all over the place, the important of efficient time use during the day is as important as ever and if you are spending all day hunting, cooking and eating, where’s the fun?

There are some great aspects to Hurtworld though. One of the more interesting features comes into play at death. Death is a part of survival games. It will happen. However Hurtworld encourages friendly play by penalizing those on death who are killers. When you kill another player, you gain Infamy. Now, whenever you die, you keep all your tools that are on your toolbelt as well as your clothes, unless you have infamy. The higher your infamy, the bigger chance you have of dropping some of your tools. Even then, you won’t drop all of your tools which is a shame. The good side is that if you just spawn in the game and manage to make a hatchet but die to a player, an animal or the elements, you’ll spawn back in with your hatchet still so now you can begin gathering resources from the get go, hopefully giving you a better platform to start with.

It does take away that fear factor of combat and other players as you only risk losing the resources and other items in your backpack if you die, but those can be easily gotten again unless you are carrying the rarest ores in the game. I would like to see the developers tweak the system so that those who kill people, will lose all of their stuff when they die. The present system makes raiding and griefing both a big issue as the defenders can keep respawning and chip away at the attackers until they die. I’m not a fan of harassment, but base raiding is a feature needed in these games and when it is impossible to do so, something needs changing.

Unlike other survival games, Hurtworld does emphasize on PvE as well as PvP. To get high end materials and loot, you are going to have to kill creatures. The creatures with the rarest materials are further inland and are harder to kill which provides a nice challenge and goal to aim for. Yeti’s are found in the snow biome which is needed for crafting warmer clothes and even weapons, for some reason. But still, travelling to the snowy mountains is one task in itself as you have to balance food and warmth, then killing the Yetis is another. It’s here that Hurtworld really does excel. You are likely going to have to work with other people unless you are happy playing solo and grinding. The addition of vehicles makes things even better and is another end goal to aim for. Vehicles are always seen as a show of power in these games and it’s no different. But having a vehicle enables you to travel quicker and safer which is invaluable in a world which is constantly looking at ways to kill you. 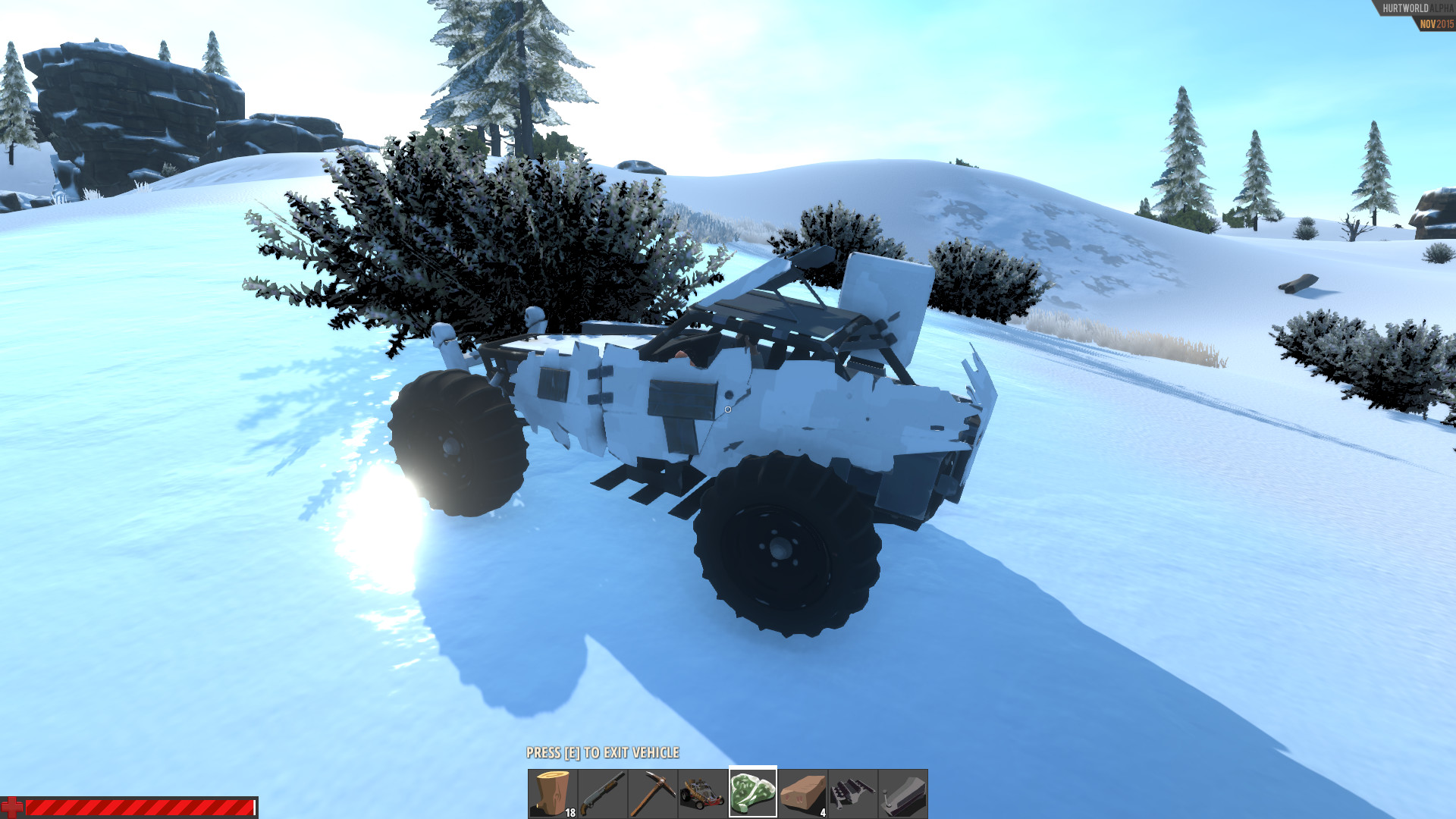 For all the good in Hurtworld there is bad. The biggest issue Hurtworld has is balancing. It’s not the worst problem to have as it can be easier to fix than a fundamentally broken game. It just makes it all the more frustrating as it feels like a case of so close, yet so far. It can be hard to get into at first, but once you establish your first base, you’ll get more enjoyment out of the game. It is Early Access so the developers have plenty of time to fix the issues the game has. Hurtworld definitely feels like Legacy Rust so if that appeals to you, you’ll be able to see through all of the flaws and still enjoy a cracking game. I should also mention that since the game is built on the same engine as Rust, there are user-created mods already for the game, such as Oxide which add extra functionality to the game. It certainly plays like Legacy Rust, but better. I can’t get into the new Rust, but Hurtworld I most certainly can.

Hurtworld is definitely worth keeping an eye on that’s for sure. 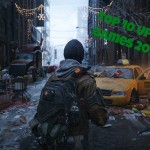 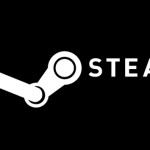