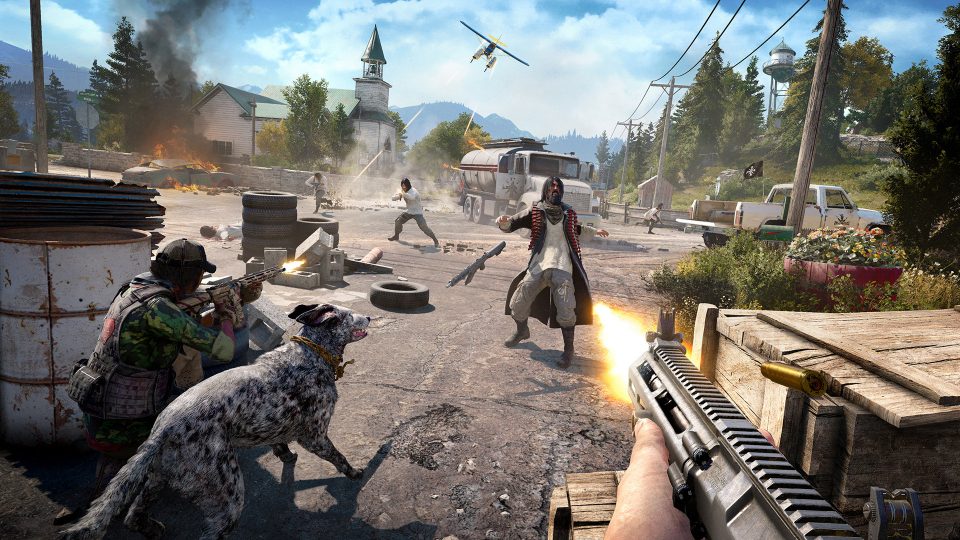 We have all played games that are nearly unplayable due to the issue of bad AI in gaming. We have even played some games that, while the AI made them difficult, they were still good enough to make you want to work past the issues and complete them. Let’s talk about both of these situations and about some games that have good AI.

Most of the AI I am referring to is related to computer-controlled teammates. We have all had some moments where we failed a level due to the teammates not executing commands the way you asked or expected them to. A great example I can think of goes back to the Xbox 360 with the game Ghost Recon: Advanced Warfighter. In one particular mission, my team and I are moving through the streets and are forced into a firefight with a tank. One of my teammates has a rocket launcher, so I instruct this teammate to take out the tank. He moves behind me, crouches, and fires the rocket right into me. Mission over. This happened several times until I decided to get out of the way after issuing the command.

Recently, some modders have found mistakes in Aliens: Colonial Marines. The mistake was simply a typographical error of the word “tether.” It was in the program as “Teather.” This simple error made the Aliens avoid you, and it compelled your teammates not to help you as much as they should. I understand that mistakes are made, and developers test and debug, but why did someone else have to fix this mistake after such a long time? This was on the PC, so it is not like it couldn’t be corrected with a patch, unlike with older consoles where it could not be corrected this way.

This issue is a double-edged sword: One side leads to development delays, and the other leads to modders going out of their way to fix mistakes the developers should have fixed. In this modern era of gaming, both with console and PC, you see “day one” patches released for games after they have gone gold (finalized for release). Is this a good thing, or are they rushing the games? That is a difficult question to answer. Surely, some developers have better debugging methods than others. Maybe some developers could take lessons from others to improve on this. By no means am I implying that games should never have flaws, but it should not take long for the developers to listen to the consumers and fix the issues. We pay hard-earned money for our products, and it should be understood by the developers that a good product should be delivered.
In this modern era of connectivity, how can this be prevented? Does this era create the attitude of rushing games out and fix them later?

A recent example of problems I have seen was in Far Cry 5. I was approximately a third of the way through the game, and at some point (to avoid spoilers, I won’t go into too many details), I was being hunted. To avoid this, I was running from the enemy and ended up going out of the map area. It respawned me back in the map area, but the enemy stopped hunting me and, therefore, the game broke. All missions completed after this would be listed as incomplete after death and would not let me progress anymore. I do like the game, so I started over. When I looked up this issue on Ubisoft’s website, the suggested fix was to go to another region of the game to complete other missions, and then the progress would be corrected. I tried this, but it did not fix anything. As of this writing, the issue has still not been patched. By no means am I saying that this one has been ignored, but I believe it has been reported enough that it should be investigated. Another issue I had when my teammate AI would fall to their death while following me in a helicopter. Simple logic would be to walk around not jump!

So, how has AI in gaming been done well? I can think of another recent Ubisoft title: Ghost Recon: Wildlands. The teammate control in this game, at least in my experience, was good but not flawless. The called shots always worked as commanded. The majority of the time, the AI was executed well, to the point where enemies were smart enough to try to pin me down by surrounding me and my teammates. I would use this game as a good example of well implemented AI that other developers should look up to.

I believe that the line between day one patches and releasing flawed titles is a fine one. On top of that, no one wants to constantly update either. With Wildlands, Ubisoft did a good job with letting players know about updates with details on when the updates would be provided and on what was in the updates. I have seen games that seem to update nearly every time I launch them. This becomes a problem, especially with online multiplayer games where a player has to set time aside to play with friends. No one wants to be the player that holds up a game or forces play to be rescheduled. Developers need to communicate about updates better. The primary means of to do this today is through social media. Nearly everyone uses Facebook and/or Twitter, so why not let the gamers know about updates through those apps? This could avoid scheduling issues and other problems in the future. I have had this issue lately, partly due to being an Alpha Insider for Xbox. This caused me to delay playing Far Cry 5 one night due to the console getting a huge update and then having to update the game also. This was not the way I intended to end my day.

There’s plenty of room for improvement here. We, as gamers, need to report issues we find, and developers need to be proactive with the consumer while finding a balance when dealing with development issues. If everyone plays a proactive part, maybe in the future we will have better games at day one and patches will be more effective. 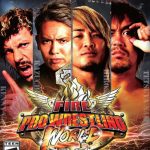 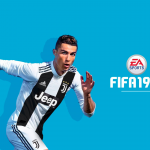