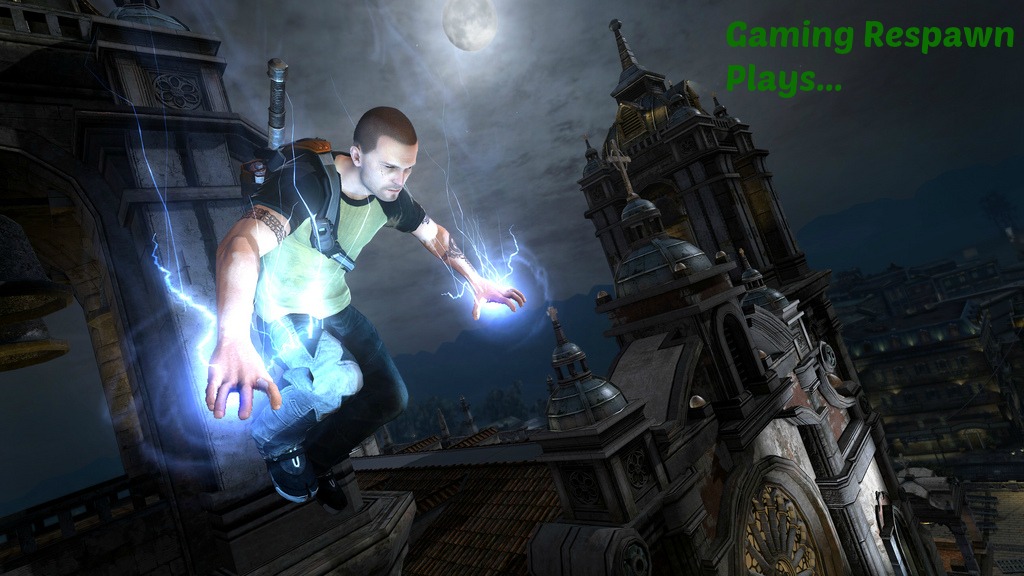 Here at Gaming Respawn, our team has very much been enjoying games of the past more so than those of the present and why wouldn’t they with the backlog of great games most of us still have to play!

It’s finally happened. I have become “bored” of Fallout 4. I can’t help but feel that it has been dumbed down compared to Fallout 3 and even New Vegas. For the first 30-40 hours it grabbed me and never let me go, but now its grip has waned and I can’t bring myself to dive back into the wasteland at the moment. The removal of the Karma system is a big issue for me. Back in Fallout 3, it altered how I played and made it feel like my actions really had consequences. In Fallout 4, I can do whatever with no repercussions. Not only that, but in Fallout 3 the replayability was greater for me, I would have one save where I would play as a total thug with no respect for human life and another where I would try to be as good of a person as the Capital Wasteland allowed me to be.

I mean, you can’t even kill everyone. I wish I could kill the Minutemen. I can’t. I’ve had enough of Preston Garvey. He needs to go.

So I keep finding myself going back to games from the past. For the first time since I’ve started gaming, these big AAA releases fail to capture me like they once used to. I’m not sure why, maybe it is because I’ve matured and having moved over to PC, my expectation levels have changed? Maybe it’s because games these days are made for consoles first and PC second meaning they are dumbed down and simplified to please the masses?

Give me great gameplay, depth and an amazing story over fancy graphics and huge maps anyday.

Now that I’ve finished playing Darksiders II: Deathinitive Edition and have written my review for it, I decided to go back to another favorite series of mine that I have not played for about three years: Infamous. My relatively recent playthrough of the Prototype series had me hankering for a revisit of the Infamous series since the two series were seen sort of as rivals for a time, therefore it’s hard for me to even think about one series without being reminded of the other. Both Infamous and Prototype feature protagonists with superpowers set in free-roaming city environments placed on lockdown. Other than that though, the two series are quite different from each other in terms of gameplay and story. With regards to Infamous, the first two games have you play as Cole MacGrath, a regular bike messenger who is granted awesome electric powers when exposed to a device known as the Ray Sphere.
After being duped into activating the Ray Sphere which caused a devastating explosion that levels half of his hometown of Empire City, Cole ends up having to battle against gangs and other superpowered freaks in order to find the Ray Sphere again and buy his ticket out of the now quarantined city. As far as story goes, the first Infamous has the most interesting one in the series, and the setting of a lawless, quarantined city divided by ruthless gangs and superpowered beings was also more engaging than the settings in the later games. Choosing to make Cole a hero or villain adds some replayability to the games since both playthroughs offer their own surprises in their narratives and gameplay.
The electric powers at Cole’s disposal are lots of fun to make use of. He can zap enemies with sniper-like bolts, electric grenades, electric rockets, and even call down lightning storms from the sky to fry large groups of enemies in one fell swoop. These powers are further expanded upon in the sequel Infamous 2, which I just started playing after having beat the first game. It’s a shame that a lot of my fellow Gaming Respawn associates appear to prefer PC gaming (for some reason) because this means they likely never had the chance to play the PlayStation exclusive Infamous series. It’s a really fun series guys, so those few of you who actually do own PlayStations would do well to try these games out if you haven’t already. 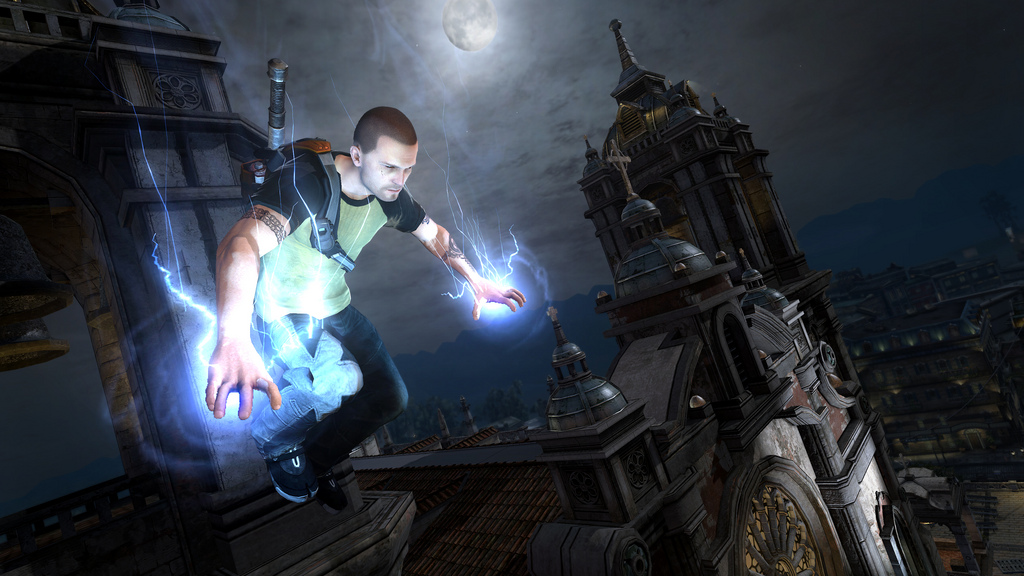 So I would love to be able to tell you how I had fun saving the galaxy from the Reapers in Mass Effect 3, but I can’t as my free time decided to just go away for the week. Instead all I got to play was the new Badge Arcade for the 3DS. This is free to download but is mainly focused on micro-transactions with very few free plays up for grabs, one day you might get one or two but the next none. The game is only grab machines where you are playing for stickers based on Nintendo games to decorate your home page, with some being able to replace app icons like settings or mii plaza. Now I’m not stupid enough, well yet, to spend money on the game but it can get addictive especially when there is a game series you’re a big fan of. The game won’t get hours of fun but the way I looked at it was well I might as well try and get some free stuff. I fear this week is a sign for the coming one too, but hopefully I’ll find some time, I suppose I could just not sleep.

I haven’t started any new games myself this week but I did play a few favorites with family for Thanksgiving on Thursday. Super Smash Bros. was obviously played. No matter how many times I play the game, it never gets old. With a plethora of characters to choose from, and more available to download via DLC, I see the game having a very long life. It is an absolute must at any family gathering or holiday event, especially if there are other gamers in your family/life. You can play this gem by yourself but the multiplayer is what makes the game great. Speaking of multiplayer, after a few intense matches of Smash Bros. with family, we moved on to some other classics, this time on the Gamecube. Mario Party is the name of the game and you most likely have already heard about it and/or most likely have already played it. I played a bit of Mario Party 5, particularly the minigames since those are the ones that I enjoy the most. Then I put in Mario Party 7 extra moments of friendship-ruining fun. These games are essential to a great video game holiday and I would recommend that you play them during your upcoming holiday season.

Adam came round to my gaff this week and we finished off the Jurassic World section of Lego Jurassic World on the PS4. We also managed to get the first level of the Jurassic Park section in the bag as well. Obviously, due to this being a Lego game the violence is severely toned down in comparison to the movies. I don’t want to spoil too much for those who perhaps haven’t seen the movie yet, but let’s just say that certain characters that died in the movies end up making it out of the game alive. That being said, the game is a lot of fun, if massively bonkers at points. It’s enjoyable punching every piece of scenery you can find in order to collect Lego cogs and it can be excruciating to see your character die and lose precious cogs that could take you to 100% for the level. I’d certainly recommend this to fans of the other Lego games and also fans of the movies as the developers clearly have respect for the source material and really did whatever they could to make the game both fun and also true to its roots.

Asides from the game I played for this weeks Retro Respawn, not going to say anything other than it’s for the The Dreamcast, I’ve been brushing up on my FIFA skills for a tournament on the 27th December. I should point out this is just a get together with mates and not anything professional, but I’m putting the hours in nonetheless. I usually finish in the middle of the pack after a load of 0-0’s, so hopefully I can find my shooting boots and advance a bit further this time. I’ve been spending most of my FIFA time managing St Pauli, who are a German team in the second division. This was down to me reading an article about them online. It seemed like a good challenge as they aren’t a particularly wealthy team. Realising this, I promptly put my entire transfer budget into a youth scout, with aims of him finding me some good young players that I could develop. Seeing as you can sign most young players for 2-3 years on little more than 500 Euros a week, they provide a cheaper alternative to blowing the budget on journeymen players. Should they develop as intended, you can always sell a couple on for big money.

Currently, I’m undefeated after my first 5 games but I’ve found goals hard to come by, aside from one freak 4-1 win where seemingly everything went my way. aside from those 4 goals, I’ve scored a grand total of 3 over the other 4 league matches. Thankfully, I’ve got a good defence who are currently making up for my attacking frailties. So essentially the exact opposite of Everton at the moment. Yes, I went to Bournemouth this weekend and no, I don’t want to talk about it. All I will say is that it was Typical Everton™ and leave it at that. I’ll make sure to update you on the trials and tribulations of St Pauli next week. 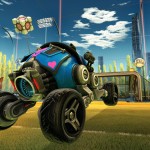