What is it with games in the mid 90’s shunning difficulty levels? Last week I pretty much exploded on Olympic Soccer for not having a choice of modifying the game difficulty. I am on the record that I think amendable difficulty levels are important when it comes to gaming. I’m not saying that every game has to have them of course. Some games, such as Super Mario Brothers and Donkey Kong Country, don’t have a choice of difficulty level. Instead, they weight themselves in a way that they have a natural curve of difficulty that increases the further into the game you get. I used Super Punch Out as another example of this. Heck, you can even go back to the original Punch Out on the NES. In Gabby Jay and Glass Joe respectively, the game will put you in the ring first with a fighter of questionable ability. This is so you can ease yourself into the game. I’m yet to meet a person who couldn’t hand Gabby Jay his moustachioed arse, even if it took them a go or two first.

Whereas games like the Punch Out series have a clearly defined progression of difficulty, most sports games tend to have variable difficulty levels that you can choose from. This is because in most sports games you don’t tend to play the other teams in order of how good they are. If you pick up FIFA 16 and decide to play as a side like Aston Villa, you’re at the mercy of the fixture computer to see if you play a lower ranked team like Bournemouth on the first day of the season or if you play a much better team such as Chelsea. The inherent nature of simulation sports games is such that doing such a progression is an exercise in the impossible. For that reason, these games tend to have varying difficulty modes that the player can select. A player can therefore start out playing the “easy” mode, which will artificially weaken the opposing teams, thus giving the player a chance to get to grip with the game and put some victories together. Once the player has mastered the “easy” mode, they can then move up to “normal” mode, where the teams are not artificially weakened. Should they master that, they can then move up to “hard” mode where the opposing teams are now artificially enhanced to provide the player with a bigger challenge.

The problem with taking away difficulty modes means that you ultimately end up annoying both the weakest AND the strongest gamers. For weaker gamers, without a way to lower the difficulty and adapt to the game, they will not be able to get the most out of the playing experience. It’s a common misconception that a lot of weaker players will just stick at the easiest difficulty and never move up. I can speak from experience that this is just not true. On more than one occasion I’ve played a game on easy and then moved up to the harder difficulty levels. I used to do this all the time with games like Turtles in Time and ISS Deluxe. These were both games where I started at the lowest difficulty, moved to medium and then finally hard mode. Had I played Turtles in Time and been forced to go straight into Hard mode, I don’t think I would have stuck with it.

The point rings true with superior gamers as well. Without a way to increase the difficulty, they may be left with a game that they find far too easy which they complete too quickly. This is why it baffles me that NHL All-Star Hockey didn’t feel the need to include difficulty levels. What it creates is an unfocused and meandering middle ground, which ultimate led to me tiring of the game long before I should have done.

Sorry mate, but if you want me to invest that much time playing for the Anaheim Ducks I’m going to need a contract

Yes, whereas I found Olympic Soccer overly difficult to the point that I couldn’t bring myself to persevere with it, NHL All-Star Hockey was a case where after a few shaky moments in the first half hour or so of playing it, I was soon at a point where the game had ultimately ran out of challenge and I just didn’t want to go on with it. I must admit that this was a unique experience for me, that doesn’t happen all too often, so maybe I should be grateful to All-Star for letting me feel like an unstoppable conqueror for once as opposed to feeling like an ant trying to fight a gazebo?

It’s a shame as well, because at heart All-Star Hockey is a game that has a lot of promise. Graphically it is hardly a world beater, even for the time, but the overall presentation isn’t too scruffy and the sound is a definite thumbs up. As opposed to NBA Jam Extreme, Marv Albert actually manages to translate his charisma to this game and delivers his lines with some modicum of joyeux de vivre that was sorely lacking in Jam. National anthems and other assorted traditional hockey tracks are gleefully recreated by an enthusiastic organ player and even an under enthusiastic PA announcer can’t take away the games feeling of authenticity.

The game really does feel like you’re getting an authentic NHL experience, which is much more than I could say for the joyless and cynical Olympic Soccer. All the real NHL teams of the day are presented, complete with their full rosters and SEGA Sports have taken a genuine stab at recreating each team’s home arena. You have the option of partaking in a full 84 game regular season or skipping right into a Play Off Series. The option is also there to play full 20 minute quarters, should you have enough time to burn to work your way from the opening game all the way to holding the famed Stanley Cup in your grateful virtual hands. Err, difficulty levels you say? I’m not sure I know how to program that. Steve does, but he’s currently out to lunch and we kind of need to get this game on the market. Hey, don’t look at me like that. My meatball sub isn’t going to buy itself now is it?

Whether you’ll want to get that far however will all come down to whether the game difficulty is weighted enough to make you want to go all the way to the end. The game play itself takes a little while to get used to, but after a few matches I was comfortable enough. Scoring is overly difficult though, with the goal tenders having near superhuman shot stopping abilities. However, the outfield players are nowhere near as good, so what I found after a few matches was that I was pinning the puck down in the opposing teams half and having about 20 shots at the goal tender hoping at least one would sneak by him. The opposing team would rarely get the puck back from me to have a shot of their own, and when they did they would usually fail to score because my goal tender was also hugely over skilled. As a result, most games with the CPU were ending 0-0 or 1-0 either way. After subjecting myself to that same grind for about the 10th or 11th time, I just couldn’t be bothered going on with it. The increased goal tender skills feel like an artificial attempt from the game developers of making matches harder. My question to them would be, why not have a mode where BOTH the outfield players and goal tender were really good and then maybe have two other modes where they were increasingly worse? Or better yet, have a mode where goal tenders were cack but outfield players aren’t, thus ensuring exciting high scoring games?

Instead, we’re left with a crap halfway house that serves only to sap any longevity the game has away. It’s baffling that SEGA Sports didn’t feel the need to have more than one difficulty level. They weren’t alone either. EA also didn’t feel the need to include a choice of difficulty in FIFA 96 and neither did Gremlin in Euro 96. Gremlin even went as far to not even include different camera angles in their game, let alone difficulty levels! I hardly think that the Saturn was incapable of being programmed as such, so I can only think that people in the mid 90’s didn’t think differing difficulty levels were all that necessary. Truly a weird time to game in.

I did invite my buddy Adam over for some multiplayer hi-jinx and we had a decent enough time, but even we decided to pack it in and move onto another game after about an hours play. One interesting thing about this game was that if you had a multi-tap and more than one console, up to 12 people could play at once, with each controlling an individual player. I’d definitely be up for that at least once, just to see what sort of mayhem it would create. In that regard, this game was many years ahead of it’s time, so it has that going for it if nothing else.

Looking for other stuff to read on the site? Well have a goosey gander at this fabulous lot!

Daniel reviews Dishonoured: Definitive Edition HERE
Never actually played that one when it first came out, but I might give it a go as I’ve heard good things about it. I’m very aware that this makes me the games target audience as well.

And finally, why not spend some time with Kane in his bunker? Don’t worry, it’s not as sinister as it sounds! Have a click HERE 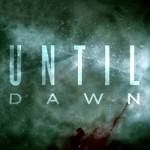 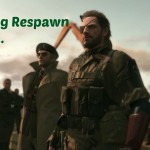