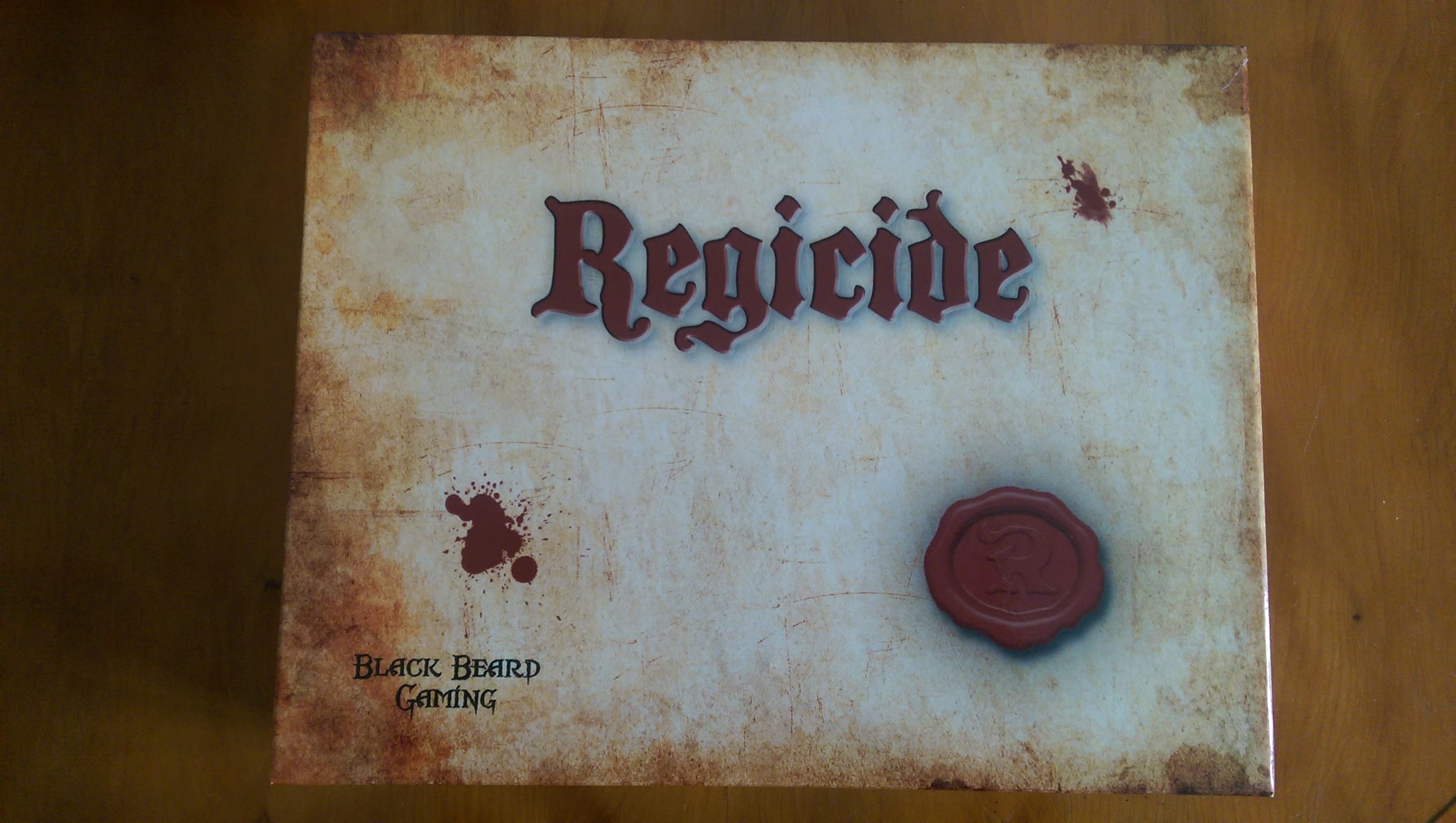 Welcome back to Gaming Respawn for another board game related interview with an up and coming independent games designer.  Today we’ll be talking to Chris Cheetham who is the founder and driving force behind Black Beard Gaming. Let’s get straight into the questions:

GR – Hi, Chris, welcome to Gaming Respawn. Why don’t you tell us how Black Beard Gaming came about and why you decided to create your own tabletop company?

BB – Hi, and thanks for having me! I created Black Beard Gaming Ltd in 2016 after many years of thinking about what I can add to the gaming industry and now actually acting upon that. I want BBG to be known for games with great depth and strong themes. I will never produce a game using a simple mechanic with a lazy theme pasted over the top of it. My games will be aimed at gamers who wish to have a little more there if they scratch below the surface. Personally, I love games with rich history and narrative; quick pick-up-and-play games are great and have their place, but I believe there’s plenty of room for some deeper stories to be told in the market.

GR – Is tabletop gaming something that you’ve had a long interest in? Where did it all begin, and are there any particular gaming favourites?

BB – I’ve been into gaming for as long as I can remember. The root of it all started with a Sega Mega Drive (which I still have and love cracking out!), then on the board gaming side of things, Hero Quest was what changed it all for me. From there I’ve been playing everything from board games, tabletop, and RPGs mostly down the fantasy route, but I always have time for sci-fi. 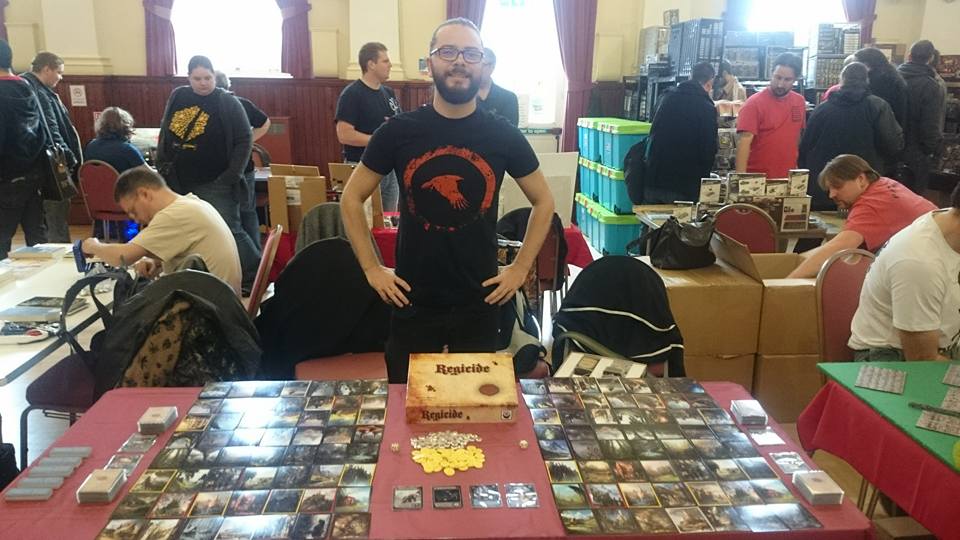 GR – I know you’re a bit of a horror film buff. Do you think that this love of that particular genre influences the theme or mechanics in any of your games?

BB – For me the bad guys are always more interesting, ‘evil’ is just a viewpoint, and in fact, these characters often have much more complex motivations. Although my games won’t be restricted to the horror genre, you will hopefully see richer characters and maybe a little weirdness inspired by David Lynch.

GR – We recently met at GamesFest in Tring where you were showing off your latest game, Regicide. Tell us about its origins and how it works.

BB – Regicide was born roughly 10 years ago. Initially, it was a creative outlet to rectify my frustrations with Magic: The Gathering. Let me just say that I still love MTG, and have been playing it for years. The things I wanted to improve upon were removing the pay-to-win aspect and the endless rules conflicts and interpretations. Over the years Regicide has developed into a very different beast but is still founded on those principles. It sits somewhere between a card game and board game; you build a deck of cards based around the leader you have chosen, and then as you play through the game, your troop cards actually move across the game board, with regions of the board influencing play. Other than troops you can use cards that will enable movement, offensive/defensive strategies, one-off effects, and kingdom-wide decrees. Essentially, everything in there has a real-world/historical application. The objective is to capture your opponent’s castle, though each player will also have a randomly chosen alternative objective they are working towards. The game takes place in a fictional, low fantasy world (much like medieval Europe), so there’s no magic or fantastic creatures. I have created a rich history to the world, and every card/character in the game has a reason for being there.

GR – What’s the plan for Regicide? Do you have a publisher on board, or are you looking to self-publish?

BB – Regicide will be self-published, but I will be running a Kickstarter campaign in Spring/Summer 2017 to raise additional funds for production and artwork. Kickstarter is an amazing resource for indie developers such as myself, but in recent years we’ve seen it move toward a simple pre-ordering platform for larger companies. Hopefully, there’s still enough people out there that realise games like Regicide will simply not get made without community support. 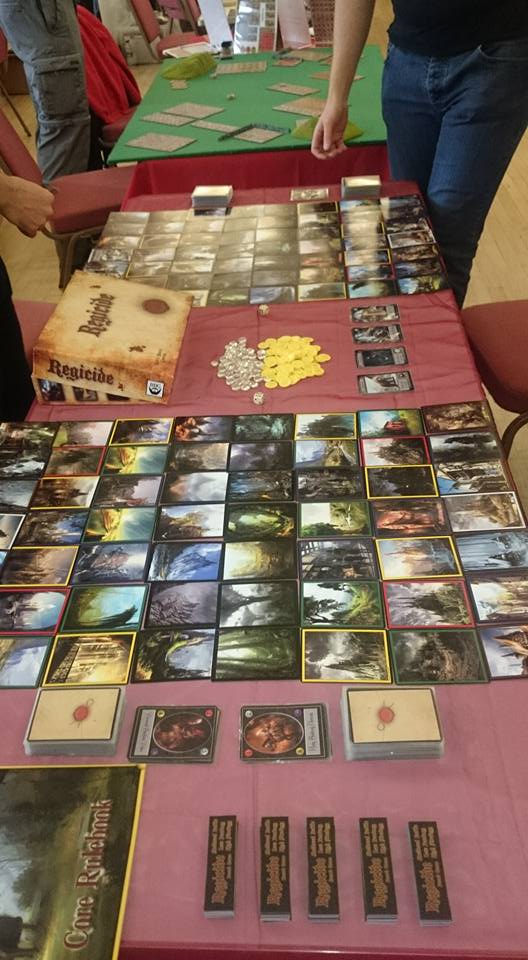 GR – What else can we expect from Black Beard Gaming, and can you see yourself venturing into other areas of tabletop gaming such as miniatures or dungeon crawling, etc?

BB – I already have substantial plans for the next two games to consume my life with after Regicide, both will be board games. I love miniatures, but I think that’s a world I’ll leave to experts in those circles. I’d also love to pen a RPG system someday, but who knows when I’ll get time to do that!

GR – As I am aware from personal experience, game development can be a challenging experience on many levels. What have you found difficult, and how have you overcome these challenges?

BB – By far the most challenging and time consuming aspects have been learning the Adobe suite to take ideas in my head into a physical form – this took time, patience, and many hours of YouTube tutorials! I’ve worked solo on all areas of the game until I brought in external artists and WinGo Games to produce a couple of prototypes. Working solo on the game gives me complete creative control, but feedback is a crucial factor, so I’ve tried to get the game out there into as many people’s hands as possible to give their thoughts. 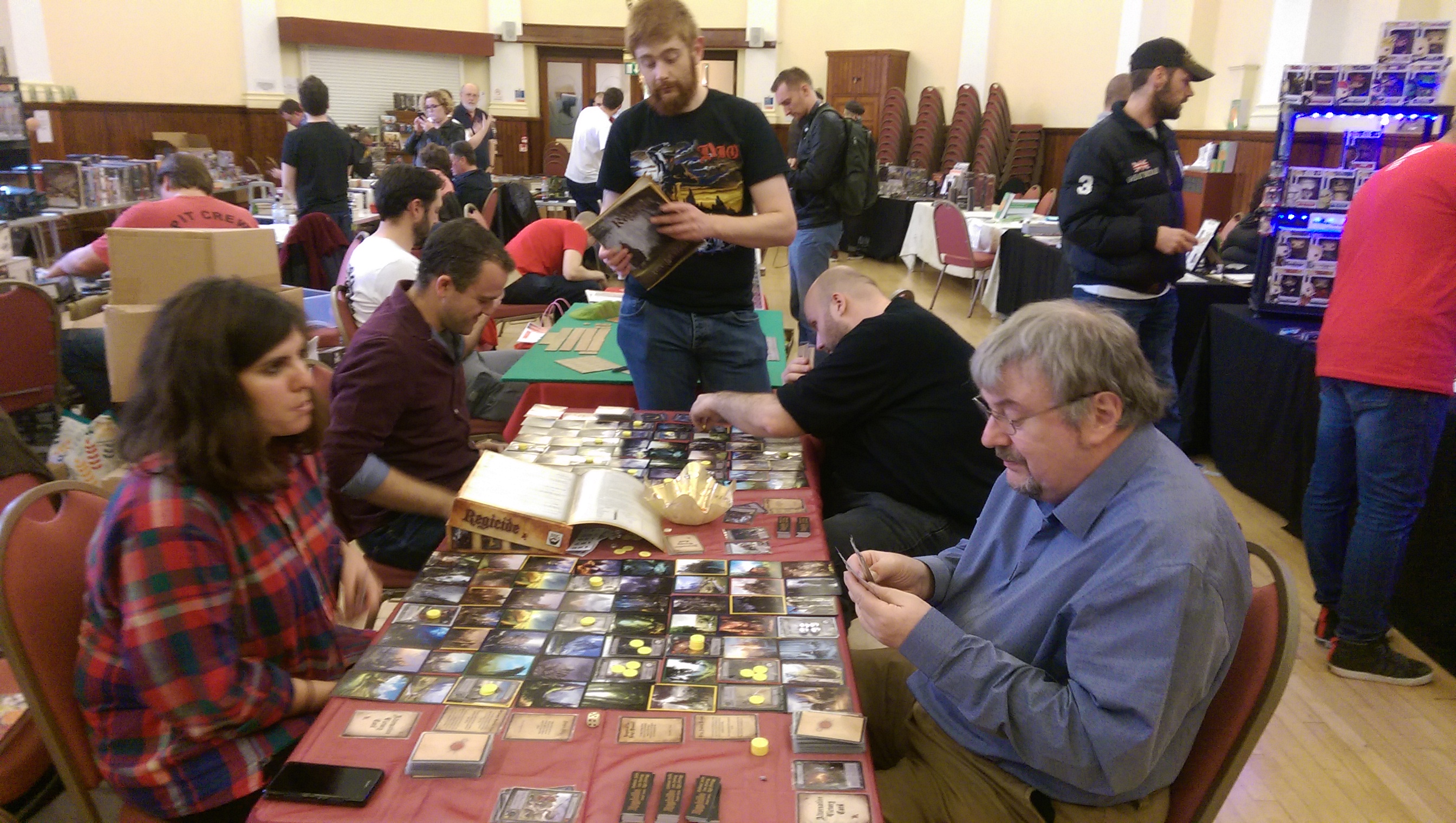 GR – Through portals such as Kickstarter, YouTube and many others, it seems to be a really exciting time for smaller independent game developers. What’s your take on the ‘boom’, and how far do you think it can take indie devs?

BB – It’s an amazing time for the industry, there’s so much great talent out there now able to contribute to projects and collaborate more easily than ever before. My fear is that people expect more and more and, as I alluded to earlier, Kickstarter has already seen a shift in popularity to the big companies using it is a pre-order platform. I hope indie developers like myself can continue to convince buyers of the quality that we are able to produce despite our humble beginnings.

GR – Finally, Gaming Respawn began, and still is, primarily a video game site. What are your ‘go to’ video games, and has this changed over the years?

BB – I’ve been a longstanding Xbox fan, and I’ve got some particularly great memories of the 360 (Halo: Reach, SWAT on Sword Base, anyone?). However, I recently forked out for a tasty gaming laptop, and I’m unlikely to go back to consoles now. You’ll be likely to find me playing a heavily modded Skyrim, something with an epic campaign like Total War, or thinking about how much longer I have to leave it before I play through Fable again. Oh, and there’s always time for Pete Sampras Tennis on the Mega Drive, haha.

That was Chris from Black Beard Gaming talking about his new game, Regicide, which I’ll be hoping to preview in the not too distant future, so that’s something to look forward too. Make sure you check out Regicide through this link and find out more about Black Beard Gaming or follow on Facebook HERE. Until next time, happy gaming. 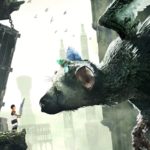 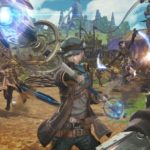